###Discussion of cricket coverage on TEN

With less than six months to go until the highly anticipated return of the KFC Big Bash League and Women’s Big Bash League, Network Ten is delighted to announce that fans will get more prime time cricket than ever before.

Cricket Australia today released a bumper schedule that sees 35 KFC Big Bash League matches played in 40 days, including four double-headers. With all 35 matches be broadcast in prime time, live and exclusive on TEN or ONE, fans will not miss a minute of the action.

Cricket Australia also released the 2016-17 Women’s Big Bash League schedule which sees 12 matches, including the final, broadcast live and exclusive on TEN or ONE.

“The KFC Big Bash League has become an integral part of summer in Australia. Cricket Australia has created and built an incredibly popular and successful competition, and we are thrilled to be able to bring it to all Australians.

“Network Ten has always been a leader in broadcasting women’s sport and we are leading the way again this summer,” he said.

“We are proud to further cement our commitment to women’s sport through a landmark deal that will see Network Ten broadcast 12 matches of the Women’s Big Bash League – including four of the matches that launch the 2016-17 season from Saturday, 10 December, live and exclusive on TEN. Ten of the 12 matches will be seen on the main TEN channel.

“We will also, for the first time broadcast the Melbourne Stars taking on the reigning premiers the Sydney Thunder in the Women’s Big Bash League, live from 6.00pm. This will be the first time a standalone women’s sporting competition has been broadcast in prime time on a commercial free- to-air television network’s primary channel,” Mr Anderson said.

“Working closely with Cricket Australia, we have been able to structure the draw to ensure more
Women’s Big Bash League matches can be broadcast live on Network Ten.”

“Network Ten is integral in bringing our game to new fans and showcasing the fun, fast-paced atmosphere of every match.

“We’ve built the men’s and women’s Big Bash League schedules to stand side-by-side and we’re excited for what’s shaping up to be an even bigger Big Bash summer this season,” he said.

The 2016-17 KFC Big Bash League season will see more concentrated action, with each of the eight clubs playing in four home and four away matches around the country, starting with the reigning champions Sydney Thunder hosting the Sydney Sixers in the Sydney Smash on Tuesday, 20 December, at Spotless Stadium.

The semi-finals will be played on Tuesday, 24 January and Wednesday, 25 January, with the highest finishing club to host the Big Final on Saturday, 28 January 2017.

Joining Network Ten’s team this summer to co-host the coverage with Adam Gilchrist AM will be award-winning journalist and broadcaster Roz Kelly.

Starting the season with a special carnival launch weekend on Saturday, 10 December, TEN will broadcast live four matches across the weekend from the North Sydney Oval, including the keenly awaited prime time match between the reigning champions, the Sydney Thunder, and the Melbourne Stars.

The semi-finals of the Women’s Big Bash League will be played on Tuesday, 24 January, and Wednesday, 25 January, with the highest finishing club to host the Big Final on Saturday, 28 January live on TEN.

Glad to see more WBBL matches to be shown live on TV, including the evening clash between the Stars and the Thunder on opening day.
The BBL final will be up against the Australian Open women’s singles final on January 28, meaning the men’s singles final the next night will face no other live sport, guaranteeing massive ratings for Seven.
Interesting there are no cricket matches on Christmas Day contrary to speculation.

No word on HD in that press release. But the line up and extent of coverage sounds good.

Yeah I thought it was weird they didn’t promote anything about HD coverage either.

Should be another bumper BBL season.

A much better line up for Ten. No week of filler programming next year.

No word on HD in that press release. But the line up and extent of coverage sounds good.

That’s because in WA, most BBL matches will have to be shown live on One (and therefore in SD) due to the three-hour time difference, so they won’t clash with the 5pm news.

Is the BBL produced in HD? I don’t recall ever seeing the BBL in HD on ONE. Always look upscaled to me.

You know Ten’s desperate for sports rights when they’re playing women’s cricket in prime time (and then trying to dress it up as something progressive, like a second-rate salesperson).

Except it actually rated pretty well during the day. It’s Summer content, should do better then the filler crap they air when BBL isn’t on.

I was hoping that they would get rid of Howard & Maher. They’re grating,IMO, and add absolutely nothing to the coverage.

no that would be because they have faith in women’s sport. They wouldn’t do it for no reason to play it in primetime on the main channel.

I don’t mind Howie at all.

There was a prospect of Ten not having all exclusive matches to BBL as it may well have given up some matches to Fox Sports in exchange of getting the AFL rights. However that never materialized 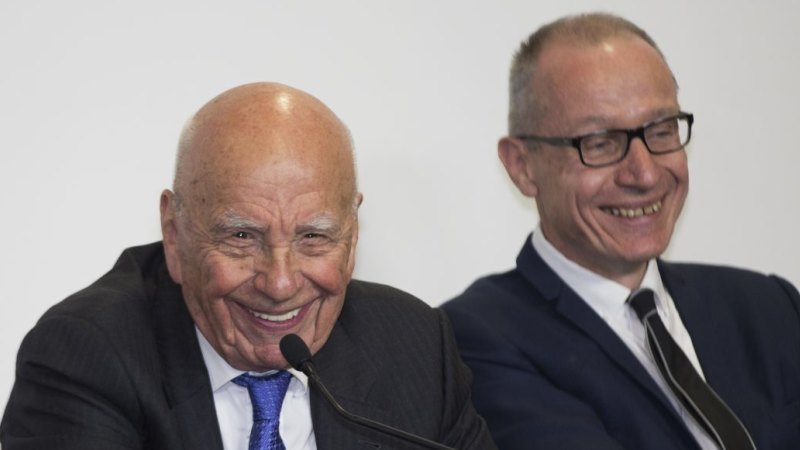 The AFL's rich new broadcasting deal looks likely to come at a further cost to supporters without Foxtel with the prospect of just three games in half of the home-and-away rounds next season being televised on free-to-air.

Ten would have been mad. Big Bash does better than a saturday afternoon AFL match.

If I remember correctly, TEN is paying Cricket Australia nothing to air the woman’s games either. Sure there would be production costs, but most of the time the crew is already in place. Seems like a win win to me.

That was the case last year. Im not too sure if it would be the case this year. Women Big Bash did ok over the summer. Its not a bad idea to play all games as a prematch to the mens game.

Looks like Cricket Australia have been really supportive of Ten, by adjusting the schedule next year so that it runs right up until the day before the next season of I’m a Celebrity is expected to start.

5 posts were merged into an existing topic: I’m a Celebrity…Get Me Out of Here!