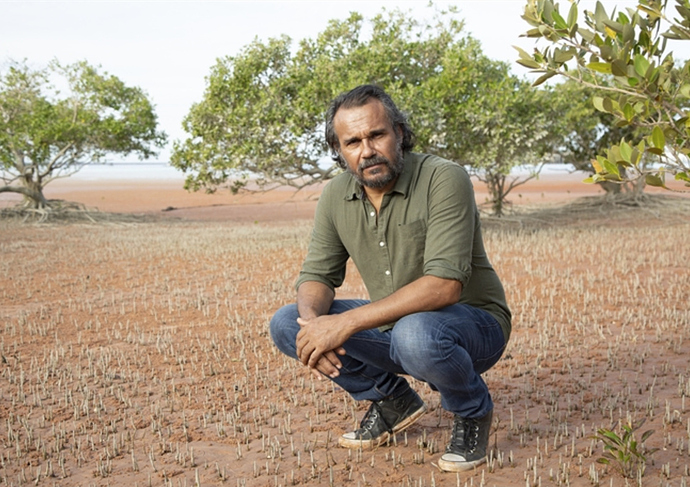 Sundays at 6pm from 30 August

Join host Aaron Pedersen as he takes audiences on a journey around Australia, exploring the country’s iconic wildlife, its unique landscapes and the great oceans that surround it in new series Australia Remastered, airing on ABC and iview on Sundays at 6pm, starting 30 August.

Across 15 weeks, Pedersen, a proud Arrenente and Arabana man, explores everything from orca pods and wombat kingdoms, to the epic seasons of Kakadu and the rugged beauty of Australia’s arid Red Centre, plus the vast aquatic wildernesses of the Indian, Pacific and Southern Oceans. Offering insights into the stories of the land and the animals that live there, rare footage is deftly woven together with the latest scientific research, shining a new light on Australia’s remarkable natural world.

The series draws upon the ABC’s rich treasure trove of unique 16mm and 35mm archive footage, which has been digitally remastered, preserving the footage - some of which may never be captured again - so it can be enjoyed by audiences for generations.

Over 15 hour-long episodes, Australia Remastered focuses on the country’s wildlife, landscape and its coastlines:

Australia Remastered: Oceans looks at the three great bodies of water that surround the country, the Indian, the Pacific and the Southern Oceans, and their diverse aquatic creatures. As environmental changes heat the globe, life is changing for everything beneath the waves and along the coasts.

Australia Remastered is an astonishing and timely reminder of the immense value of Australia’s wild heritage. Grab the family andjoin the ABC in celebrating our beautiful country on Sunday nights at 6pm. 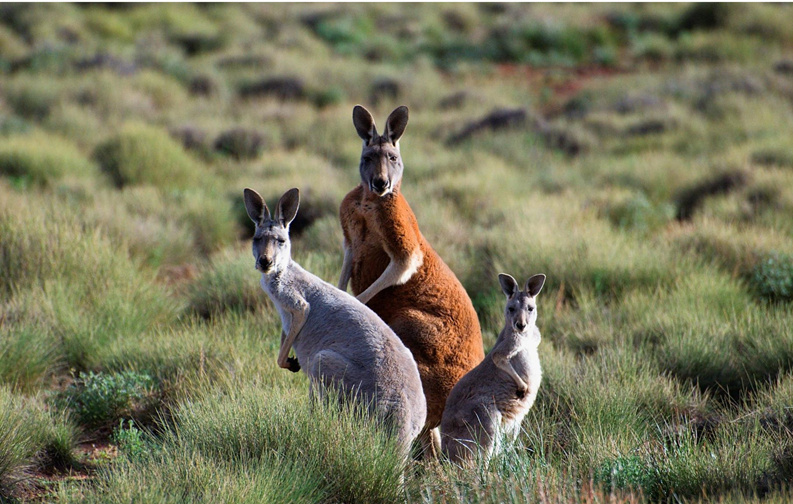 The red kangaroo is iconic-famous for its striking gait and boxing matches. But there is more to the kangaroo family than just one famous face. Kangaroo Tales, hosted and narrated by Aaron Pedersen, tells the story of how these marsupials began millions of years ago when Australia was covered in lush rainforest. The first kangaroos looked more like possums that had descended from the trees and learnt to hop. From these humble beginnings, kangaroos have spread across the continent and taken on a bewildering variety of shapes and forms. An ancient and dry continent, Australia is a tough place to survive but kangaroos have proven to be up to the challenge- changing the way they look, reproduce, grow, move and even respond to fear in order to survive in this land of extremes.

The second season of music show The Sound is taking over the 6pm timeslot from November 1, it will be interesting to see when the second half of Australia Remastered will be shown.

6pm is a better timeslot. 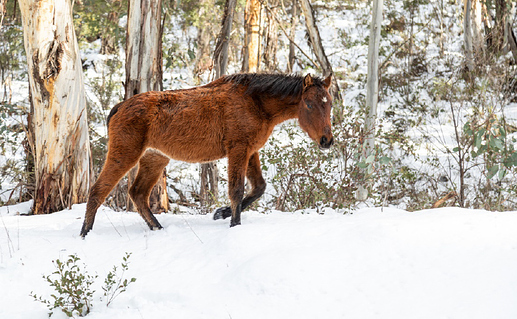 Join host Aaron Pedersen as he takes audiences on a journey around Australia, exploring the country’s iconic wildlife, its unique landscapes and the great oceans that surround it in the series Australia Remastered.

Australia might be world famous for its outback and red deserts, but there are also lush alpine regions that are just as unique and breathtaking and play a central role to the animals living along the east coast.

Australia might be world famous for its outback and red deserts, but there are also lush alpine regions that are just as unique and breathtaking and play a central role to the animals living along the east coast. The Great Dividing Range separates the verdant forests of the eastern coastline with the vast, flat plains to the west, and the Australian Alps are the tallest mountains in the range. It is the only place in Australia high enough for snow to settle over the hills throughout the winter months. While the winter may be a bleak time for those who remain above the snow line, but when spring arrives the snow will begin to melt, and what happens next is critical for life both here and far beyond the mountains.

Renewed for 2021 - not sure why the series was preempted this year.

It doesn't get any more spectacular than Aaron Pedersen and the wonders of Australia in #AustraliaRemastered. Returning in 2021. #ABCyours https://t.co/sMDwxtiFPJ 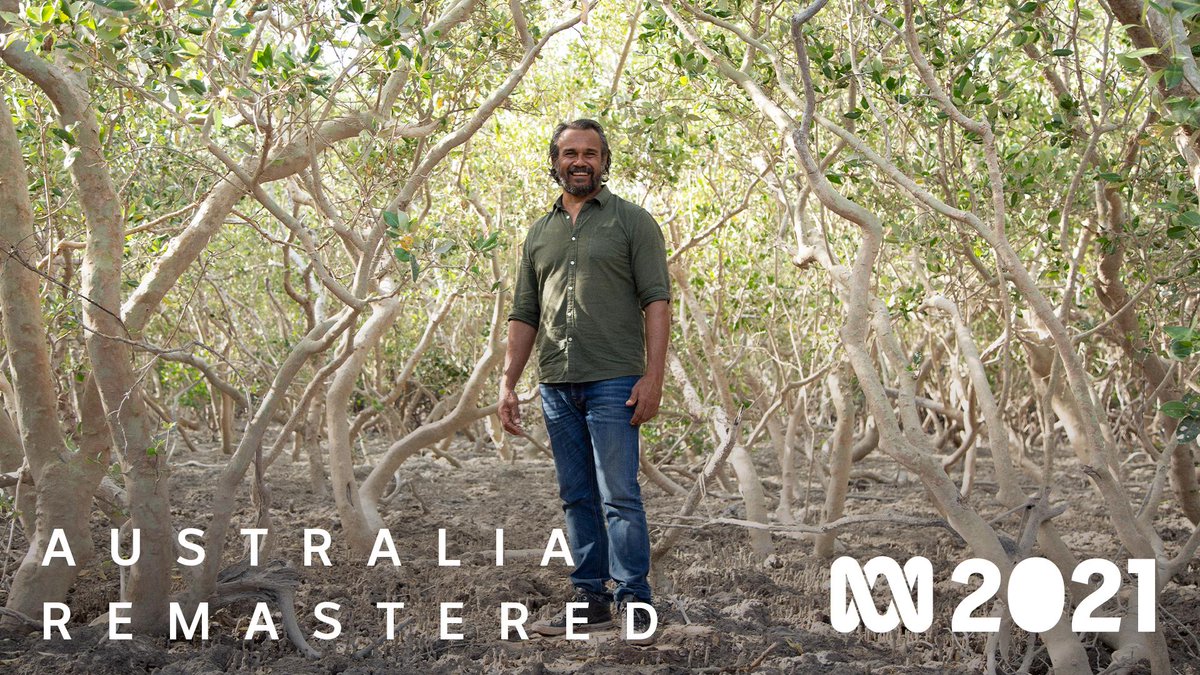 not sure why the series was preempted this year.

It was pre-empted after the ABC ordered more episodes of music show The Sound. 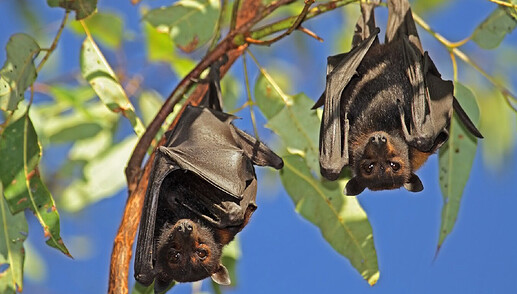 This is the story of a year in the life of Kakadu in Australia’s Top End. Using the six seasons recognised by Indigenous Australians we reveal the web of relationships between its species and the environment.

In Australia’s Top End lies a wild jewel: Kakadu. Here on the flood plains and ancient sculptured escarpments of the country’s largest terrestrial national park, is an incredibly diverse array of life shaped by the tumultuous natural forces in two vastly different halves of the year: Wet and Dry. More subtly, Kakadu’s Aboriginal custodians, the Bininj people, recognise six seasons, which are marked by the changes in the climate, landscape and animal behaviour.

This is the story of a year in the life of Kakadu, told across the Bininj’s seasons, revealing the web of relationships between its species. The creatures here have had to adapt to these vast annual transformations over millennia, in competition against each other as well as living in fascinating relationships with Kakadu itself.

The magnificent rock that is Uluru is an icon of wild Australia - remote, untamed, and mysterious. However, as Aaron Pedersen explains, The Red Centre with its arid deserts hold much more than meets the eye.

Desert Australia conjures images of red soil and harsh sun, overlooked by the towering monolith of Uluru. This magnificent rock is an icon of wild Australia - remote, untamed, and mysterious. But the desert landscapes hold much more than meets the eye. The Red Centre, hosted and narrated by Aaron Pedersen, shows how it is teeming with life, many species of which are found nowhere else on earth. This episode explores how the flora and fauna of the red centre endure the extremes of the desert climate and can survive years without rain. Across the heart of the continent, the boom and bust cycles of the Australian climate bring alternating heat and cold, droughts and flooding rains, periods of lean times and periods of growth and new life. Through it all, the creatures of the desert survive and exploit these extreme swings in their environments, and as the climate changes they must continue to adapt. 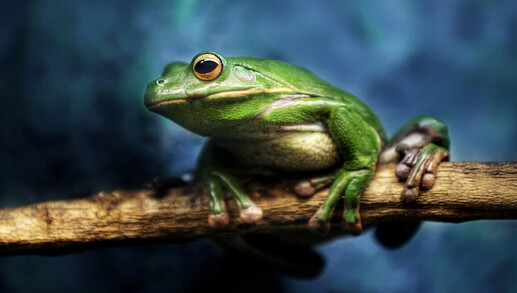 The Daintree Rainforest has one of the highest rates of biodiversity on Earth. Older than the Amazon, the Daintree offers us a window into an Australia that has otherwise now vanished into the past.

Queensland’s Wet Tropics comprise just one fifth of a percent of the continent, yet they account for some of the highest levels of biodiversity not just in the country, but on earth. The Daintree Rainforest is a marvel of living history, older than the Amazon, offering us a window into an Australia that has otherwise now vanished into the past.

Summer in the Wet Tropics sees an explosion of plant life due to warm, wet weather. There is a sudden riot of animal behaviour after the quiet dry. We observe the ways these often unique creatures have specialised and adapted to their environment and its challenges, and the behaviours they employ to make the most of their often dangerous, but resource abundant surroundings.

The fourth part of Australia Remastered was called Wild Wars, consisting of four episodes: Wetlands, Desert, Coast and Forest. It aired on ABC TV at 8.30pm Tuesdays in February.

The series will be shown on European culture channel ARTE from November this year. 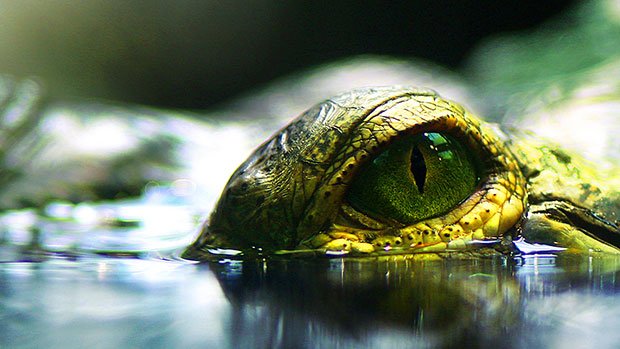 European cultural pubcaster Arte has agreed an exclusive deal with ABC Commercial for a series about strange Australian creatures. 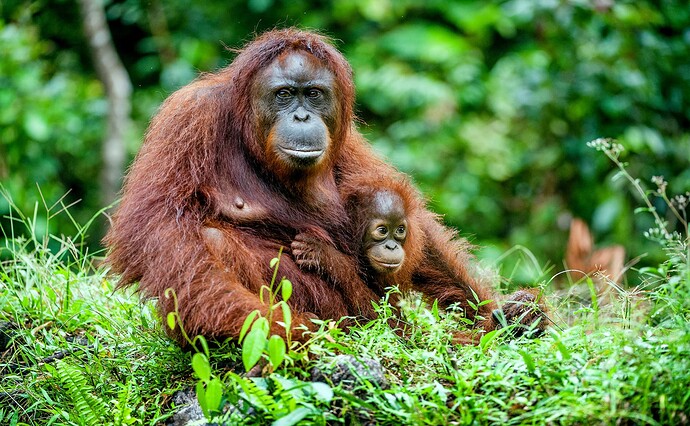 Australia’s wilderness is a world unto itself, made possible by the protection provided by The Wallace Line, one of the most important boundaries in nature. Hosted and narrated by Aaron Pedersen, NATURE’S GREAT DIVIDE is a three-part story of the line that divides wild Australia and Asia and the animals on either side of the border.

The wild worlds of Australia and Asia are divided by a narrow strait that separates the Indonesian islands of Bali and Lombok. Known as the Wallace line, it’s one of the greatest divides in nature. Safe behind this barrier, life in Australia has evolved in isolation, creating species found nowhere else on earth.

While elephants and tigers patrol the lush forests of South East Asia, on the Australian side of the Wallace Line, kangaroos and giant lizards roam across vast plains.

Safe from large predators, marsupials and strange monotremes have adapted to survive in Australia’s harsh landscape. This is the story of how Nature’s Great Divide has protected Australia’s wild world, allowing life to evolve in parallel, and creating a separate and unique wild realm. 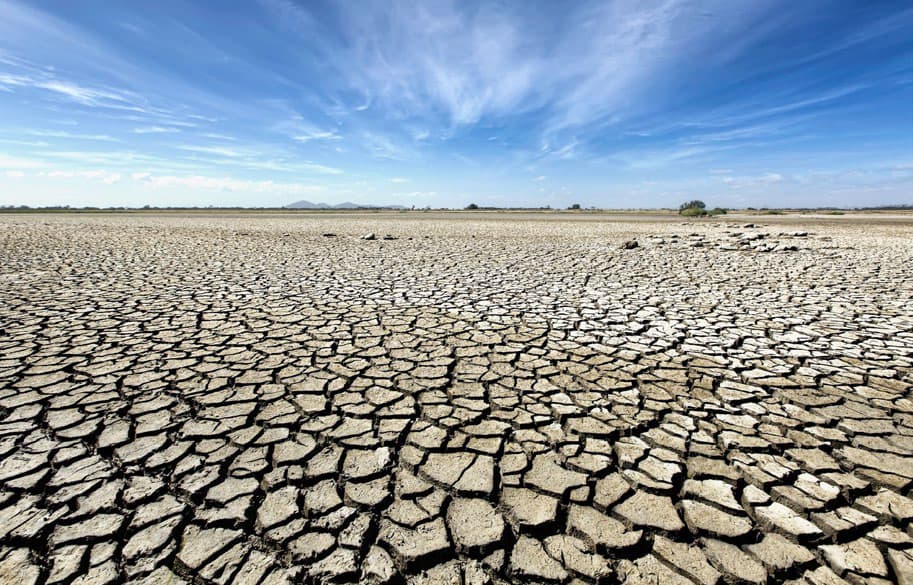 The apocalyptic forces that shape wild Australia. Hosted and narrated by Aaron Pedersen.

Forces of Nature is a four-part series, hosted and narrated by Aaron Pedersen, which explores how the natural forces of DROUGHT, FLOOD, CYCLONE and FIRE define life on the island continent.

What causes such powerful forces of nature? How do they alter life around them? Over these four episodes we investigate how these irresistible forces impact the landscape and the flora and fauna of Australia.

These epic natural forces bring destruction, but also provide surprising opportunities for renewal.
But as the climate changes, Australian wildlife must keep pace to survive.

Australia is the driest inhabited continent on earth and drought grips the nation regularly, and even outside of this, arid conditions brought about by low rainfall remain common for much of the continent.

Australia is also phase locked to the cycles of El Nino and La Nina, which bring alternating dry conditions and wet conditions to the east coast every few years.

This is a continent of great extremes, but developing in these conditions for several million years means Australian life is uniquely prepared for these challenges. Adaptations to boom and bust cycles are a key feature of Australian flora and fauna, and our species have evolved to take advantage of times of plenty to help them through times of scarcity.

Production credits: Produced by WildBear Entertainment in association with the Australian Broadcasting Corporation.

Australian droughts are often followed by flood. It’s a rhythm of life that the country has adapted to. While the inland is still subjected to natural floods, elsewhere the flood regimes are changing. Hosted and narrated by Aaron Pedersen.

The average annual rainfall can fall in only a couple of days, and desert country that has been dry for years springs back to life. Many of Australia’s rivers flow inland toward the vast expanse of dry salt known as Kati-Thanda Lake Eyre and it transforms into an inland sea.

Almost overnight myriads of waterbirds arrive, and breed. Frogs lay their eggs, dingoes hunt around the edges. The explosion of life continues as long as there is water. But far away the rain has stopped, the water evaporates. Everything waits for the next rains that could be years off. These floods are natural, elsewhere in Australia the flood regimes are changing.