Following the other 10 social graphics I posted in the old thread, here’s another example of one today.

I really like this style a lot more than the other one. The blue with the flat white use of the logo looks great and would make for a nice little refresh one day IMO. It’s all in keeping with the style guide, so no need for speculation I’m afraid.

A design style that works well on TV doesn’t necessarily work on social media. The Latest on Facebook Watch was a good example though the most recent graphics were a bit questionable (are the Facebook Watch updates even happening anymore?). It’s good to see Ten experimenting on their socials.

Sure, but I’m not really speculating about any changes - just saying it would be a nice on-air refresh IMO

And style guide or not, the main point I was highlighting was that we haven’t seen a stacked version of the logo used before (that I know of) or the use of the flat white logo with that particular shade of blue before.

Fair enough. But not all elements of the style guide are released straight away, so they’re now - finally - using them ;).

Not sure if anyone finds this interesting (clearly I do

) but a slightly different style used for this particular video, I like the black.

They’re trying new stuff which is cool, I guess the main thing is that it looks totally different from anything else the other networks are doing in this space IMO. A couple of localised logos from Facebook live stream today. Wouldn’t be the worst thing to use when presentation is centralised interstate. 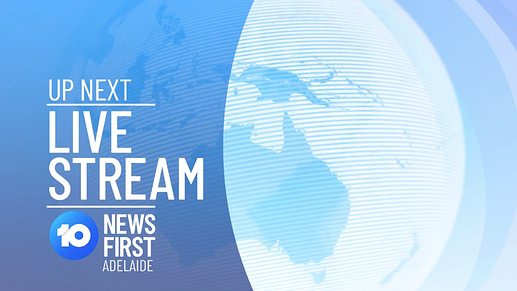 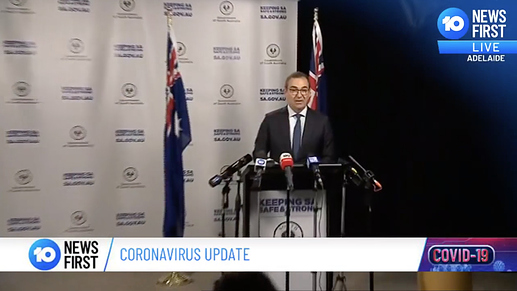 Wouldn’t be the worst thing to use when presentation is centralised interstate.

I really like this style a lot more than the other one.

Yeah the graphics for those stories in particular seem to still have elements from the Eyewitness News era in use, which I agree don’t go well with the new package.

Melbourne getting a local bulletin tonight? Jennifer is in the studio.

Who has been doing the updates this afternoon?

The copy that Jen is reading is awful on ATV, it’s written in terribly repetitive structure and in a very partisan tone in reference to the lockdowns.

Most people don’t go to 10 for their main source of local news.

People used to watch Ten as a source for local news. If not a primary source (even during the 1990s & 2000s), then at least one which complimented what they saw on Seven or Nine later in the evening.

For all my criticisms though, I will say there are journalists still in the Pyrmont newsroom doing the best they can with what seems like a budget of about $7.50 and the smell of an oily rag.

Not sure about others on Media Spy, but I actually think Daniel Sutton & Lachlan Kennedy are likely to generate some interest from Seven or Nine in the future if they haven’t already. I know I’d be seriously considering acquiring the services of at least one of Kennedy or Sutton for the post-Mark Burrows/Damian Ryan era if I was Simon Hobbs.

I can guarantee you, the combined bulletins (with pre recorded intros and segments) won’t work.

Unfortunately, I suspect this prediction will eventually turn out to be right.

People are eventually going to notice the reduction in quality coverage of local events from 10 News First. Now I’m not saying that Seven or Nine are massively better than Ten by any means, but unlike 10 News First you’ve probably at least got a vague idea (obviously nobody can predict exactly what the headlines will be on any network this time next week, but the bulletin format…) of what you’ll be getting from “the big two” on Monday night.

They will most likely just end up going with a full national bulletin in long run, in turn leading to more people loosing their jobs.

Again, it has to be said that the following isn’t something I want to see happen. More job losses at 10 News First will result in less opportunities for stories to be told and likely, the end of some media careers.

But at the same time, it wouldn’t be massively surprising if 10 News First becomes a fully national news service all week long (pretty much on weekdays what the current Saturday/Sunday night bulletins are like) within 12-18 months.

TV Blackbox says the Sydney and Melbourne bulletins will be entirely Live and the first segment on Brisbane and Adelaide will be Pre-recorded at 4pm (3pm in QLD during DST). Second segment will be a mix of national stories which aren’t state specific.

I wonder if viewers will care or even realise their news could be out of date?

TV Blackbox says the Sydney and Melbourne bulletins will be entirely Live and the first segment on Brisbane and Adelaide will be Pre-recorded at 4pm (3pm in QLD during DST).

So no up to the minute live breaking news for the 1.5 million People in SA and the 3 million in QLD.

What happens at 6pm?