With discussion about this deal ranging across multiple threads, I thought I would create a centralised topic.

Under this landmark agreement, the SCA channels will carry Nine’s branding and broadcast its premium Australian and international content including The Voice and The Block, as well as all NRL and Cricket broadcasts, providing a seamless Nine brand across metropolitan and major regional markets.

SCA will pay Nine an affiliation fee of 50 per cent of its television revenue.

As part of the new affiliation deal, Nine and SCA have agreed to work together on a number of opportunities to mutually grow their businesses.

As part of the arrangements, SCA will provide national sales services for Nine’s NBN channel in Northern NSW and NTD9 in Darwin. This will provide advertisers with a centralised port of call for their regional advertising on Nine’s content across the entire Eastern seaboard.

Hugh Marks, CEO of NEC said “This is a great outcome for Nine and SCA. We are confident that, together, we will offer a premium viewing experience for audiences and a best in class platform for advertisers.”

Welcoming the agreement, Grant Blackley CEO of SCA said “I’m excited SCA is entering into this landmark long term agreement with Nine, a media company which has so successfully informed and entertained Australian audiences for many decades.

So, to summarise my understanding from a sole press release - at a broadcast level:

And at a branding and marketing level:

I guess that anywhere than was getting WIN HD can look forward to receiving 10HD and assuming the SC introduces a version of 9HD, that would be good news for the regionals.

Hmm…so many thoughts and questions to ask.

Channels: I think it’ll be interesting to see whether or not SCA carry all of Nine’s channels (Nine, 9Go!, 9Gem, and 9Life) from Day 1 or whether only some will be carried. Considering that WIN are currently carrying WIN HD and 9Life, I think that carrying all channels will be necessary for a seamless transition. Also, what about the infomercial channels? Will SCA’s under a Nine affiliation replace TVSN with Extra? And what about Aspire TV?

Presuming that WIN affiliates with Ten, one would imagine that they would most likely carry Ten, One, Eleven and Ten HD from Day 1 or close to it. On the datacast/infomercial front, could we possibly see TVSN, Spree TV and GOLD transmitted in both metropolitan and regional markets if WIN makes a deal with Ten? Personally, I think it’s quite possible.

Local News: Presuming that SCA will substantially beef up it’s local news presence in Regional QLD, Southern NSW/ACT and Victoria, one would imagine that they’ll use the Nine News brand as per the national/metropolitan bulletins. I’m willing to predict that under a Network Ten affiliation, WIN would probably only keep the Illawarra, Canberra (to keep politicians happy) and maybe the Sunshine Coast bulletins at the very most with the rest probably getting the chop/reduced to a SC10-style “update service”.

Presentation wise, it seems more than likely that full Nine Network branding will be used on SCA-owned Nine Network affiliated stations. No doubt that many WIN-land viewers will be cheering the eventual demise of WIN Network logo coverups and other odd branding!

On the WIN side of things, I think it could go either way. Although considering that Regional Queensland, Southern NSW/ACT and Victoria already get quite a bit of exposure of the Network Ten brand via SC10, I think it would make sense for WIN to adopt the full Ten branding should a Ten/WIN partnership happen.

The news of Southern Cross Austereo managing sales for NBN and Nine Darwin as well as the new SCA-affiliated Nine stations is quite intriguing. Does that mean they plan to sell SC10 Northern NSW and SCTV Darwin?

As I said in the Southern Cross thread, I definitely think that the real winners out of this deal are Seven Queensland and Prime Media who will most likely keep their top rating Seven Network affiliation and will probably strengthen their respective brand(s) over the next few months while competitors WIN and SCA undergo major changes to their TV operations.

Some possibilities on the news front:

The Nine Network branding will be used on Southern Cross Austereo-owned affiliate stations, in place of “Southern Cross Nine” or similar

Hopefully they follow the model of Nine Gold Coast in how they localise the feeds - so it is still identifiable as the regional version, unlike how SC Ten is currently.

It’ll be odd that SC Nine will have more consistent Nine branding than NBN currently has.

I wonder if you’ll essentially see SC hiring the staff WIN make redundant in their inevitable move towards short updates rather than full bulletins.

WIN consolidating to Wollongong and trying to hold on to local news for a small amount of time after becoming a Ten affiliate perhaps - but I doubt it - I think we’ll be seeing two minute updates across their broadcast area by the end of the year.

It will be very interesting how the next few months are handled on air - does WIN start ditching Nine programming to try and screw SC over?

I forsee WIN keeping the WIN brand, and changing their logo/branding to the map logo on air very soon, and carrying that through to Ten. I think WIN will forge a closer bond with Ten, pushing them to add more news, and spend more on sports rights.

Or maybe at 7.29pm before Friday Night Football? That would really annoy WIN!

But seriously, I think WIN and SCA probably switch at midnight or very early in the morning to minimise disruption to viewers. 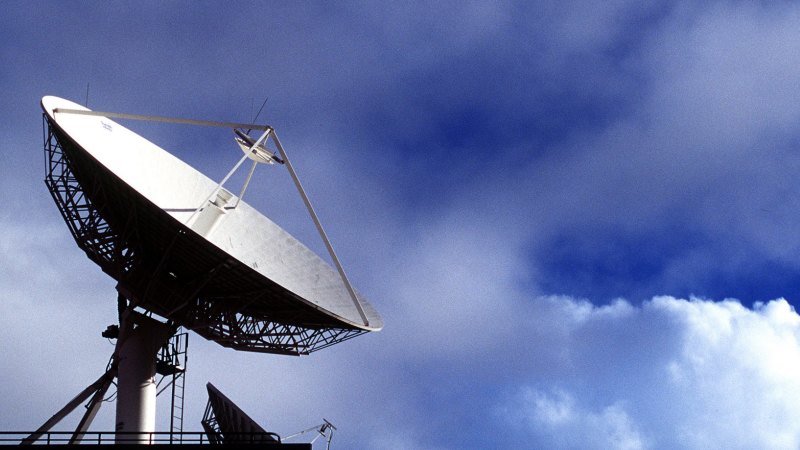 Nine Entertainment has switched to Southern Cross for its regional broadcasts.

I was thinking that for many people the change will mean a re-tune and it would probably happen overnight sometime.

[quote=“TV.Cynic, post:5, topic:1198”]
9 Local News in various regional market at 5.30pm (like the Gold Coast)
[/quote] Actually don’t mind that idea, especially since it is so successful on the GC.

Wonder if we get area logos under the 9 logo like Central West or something. SC has done a good deal. Mabe 9HD might take a while but it’s understandable When switching affiliates.

One thing I thought of recently.

Also, interestingly, the entire east coast of QLD from Brisbane right through to the Cairns market will use all the same channel branding (assuming WIN brand as TEN).

If I’m understanding correctly the scenario from July 1 could be as follows?

I posted a tongue in cheek mock of WIN promoting MasterChef, but in reality both networks will at some stage have to promote their rival’s programs. So WIN’s coming soon will include The Bachelor, Offspring et al and on SC9 probably just the last couple of episodes of The Voice, The Block etc.

Basically.
Note that WIN also own half of 10 Tasmania, bit SCA run playout.

Will be interesting to see what (if anything) SCA do about local news content.
Personally I’d love to see them launch local bulletins, but that is probably unlikely.

I’d assume under 9 that SCA would no longer use those extremely poor noodle updates they currently do on SC10.

Of note ACMA rules require SCA to produce some local content for the Cairns, Townsville, Mackay, Rockhampton and Toowoomba markets in QLD, as well as all of their Sth NSW & VIC broadcast areas where they’ll be broadcasting Nine.

Not sure if mentioned above but SC have said they will work with TEN in good faith to do a deal for Northern NSW.