Exactly. Disgusting comment which makes a mockery of people not just doing the right thing for their family but also those who would walk away to protect their mental health as well.

I get the impression The Block has had to adapt to living in the real world the last couple of years and they’ve not liked it at all.

Wouldn’t be surprised to see the format rested after this year and brought back with a new host down the track.

No way. As long as the show continues to bring in massive ratings, I can’t see anything changing.

Oh no! They had to refilm promos. I hope they’re okay.

No way. As long as the show continues to bring in massive ratings, I can’t see anything changing.

It could be out of their hands if the shortage of materials and trades people is having a significant impact on production. Economic conditions could also worsen and make it difficult for the producers to get a return on investment and for the contestants a reward in prizemoney for their efforts.

The Block: "It takes a village" | TV Tonight

Shelley Craft explains how Block teams must hire their own trades, bit it's never been at the scale of the Tree Change series.

Next week is the final week of construction with the show expected to premiere in August.

According to Sunday Herald Sun, construction was supposed to finish at 9am AEST this morning (Sunday July 10).

Puts Gisborne and the Macedon Rangers on the map. Looks like a good season.

The Block, one of last year’s most popular reality TV shows*, returns soon to Channel 9 and 9Now, swapping the city for the countryside and on a scale never attempted before anywhere in the world.

Coming of age for its 18th season, The Block: Tree Change heads to Gisborne South in Victoria’s beautiful Macedon Ranges, where five city slicker couples will each build a 500-square metre house, tennis courts, wineries, and even a lake on 10 acres of prime Aussie heartland.

The mammoth construction effort ahead proves too much for some, with one couple dropping their tools and leaving the show three days into filming, which will rock The Block to its foundations.

In his 16th series of hosting The Block, Scott Cam will for the first time build his own house to inspire the couples and to create a space for them to come together.

“When I arrived on site for the first time, I thought to myself we had done a lot of big Blocks in the past but nothing like this – it’s massive,” Scott said.

“We are building our own little town, and at times that’s daunting. But we have a terrific bunch of contestants who give it a red-hot crack.”

Scott’s co-host, Shelley Craft, is also reunited with him. She brings her experience as a qualified real estate agent to The Block and has a strong extra role as a mentor on the show this year.

“With these rolling paddocks and so much space out in the country, this season of The Block is certainly something that Aussies will fall in love with,” Shelley said.

Executive producer and Block co-creator Julian Cress had the idea for the Tree Change series after he and his family did exactly that, moving from Melbourne to Gisborne South during the COVID lockdowns.

He hopes Tree Change will inspire The Block’s legion of fans to “think regional”, as well as showcasing an incredible part of Australia.

“It is such a beautiful part of the world, and I think the Macedon Ranges is one of Melbourne’s best-kept secrets,” Julian said.

“Plus, as we are coming off a really hard couple of years, heading to the country is almost celebrating our lifestyle and what is so great about Australia.”

The houses in Tree Change will have a seven-star energy rating and be built to design specifications that have sustainability and resilience in mind.

Judges Shaynna Blaze, Neale Whitaker and Darren Palmer are back in 2022, and like every season of The Block, they will have everyone talking on Sunday nights with their room judging.

And that formidable foremen duo – Keith Schleiger and Dan Reilly – are on-site again to keep our contestants on their toes throughout the build.

At stake is $100,000 for the winner of The Block, plus whatever profit our couples’ homes can make on auction day. All that’s standing in the way is 10 acres, a helluva lot of mud, and three fierce judges who’ll score each room as they’re built each week. Do you think they were waiting for their competition to release their launch dates?

To be honest. I don’t think I have the energy for this show after last years “drama”. At least it’ll be on 9Now if I eventually change my mind.

I wonder how well the couples will be able to interact given they are on bigger blocks and thus further apart? 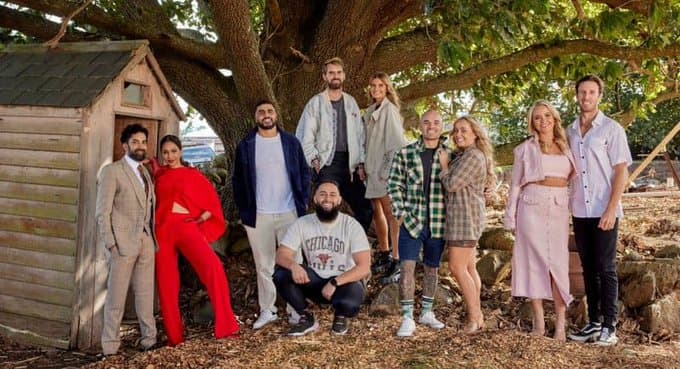 The cast starring in Channel 9’s The Block: Tree Change has been revealed today, with five brand new couples each taking on the biggest challenge any Blockhead has ever seen.

Premiering on Sunday, August 7, at 7 O’Block, the world’s biggest reality-renovation program will for the first time swap the city for the countryside by heading to Gisborne South in Victoria’s magnificent Macedon Ranges.

Handpicked from across the country, The Block: Tree Change has a stellar lineup of fresh-faced couples, most of whom are incredibly eager to tackle this year’s challenge.

But the mammoth construction effort ahead proves too much for one couple, who drop their tools and walk out just three days into filming, rocking The Block to its foundations.

The five city-slicker teams must each build a 500-square metre homestead and complete some 700 square metres of landscaping – adding tennis courts, pools and even a winery, on 10 acres of prime Aussie heartland per couple.

And in his 16th series of hosting The Block, Scott Cam will for the first time be building his own house, and be joined by a new cast member: Frankie, his loveable tan kelpie.

“The original homestead is falling down, but we’ll work hard to bring it back to its former glory,” he said.

“This whole experience has been incredible, the results are amazing, and I can’t wait for everyone to see it.”

Scott will once again be joined by his series co-host, Shelley Craft, judges Shaynna Blaze, Neale Whitaker and Darren Palmer, as well as The Block’s formidable foremen duo – Keith Schleiger and Dan Reilly.

The houses in Tree Change will all have sustainability and resilience in mind, each having a seven-star energy rating, a solar farm, geothermal heating, and a wastewater recycling system.

The Block is Australia’s most successful renovation-reality program, this year marking 18 seasons on-air after rating in the top three most-watched reality shows on Australian television in 2021. 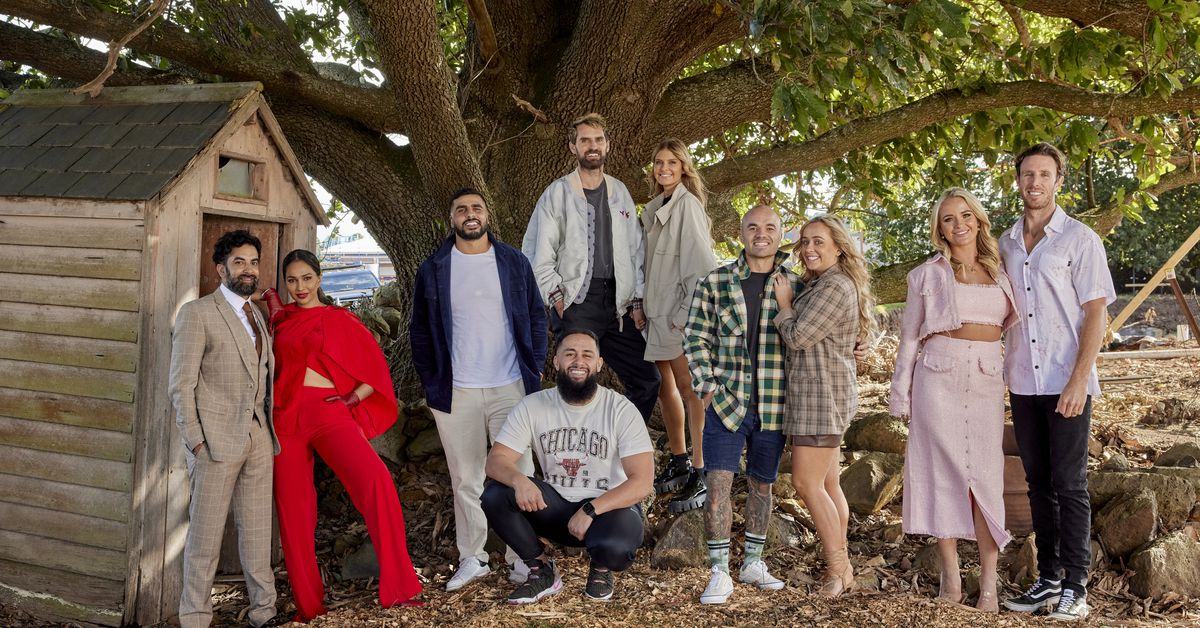 Meet the teams competing on The Block 2022

All the details on the new contestants. 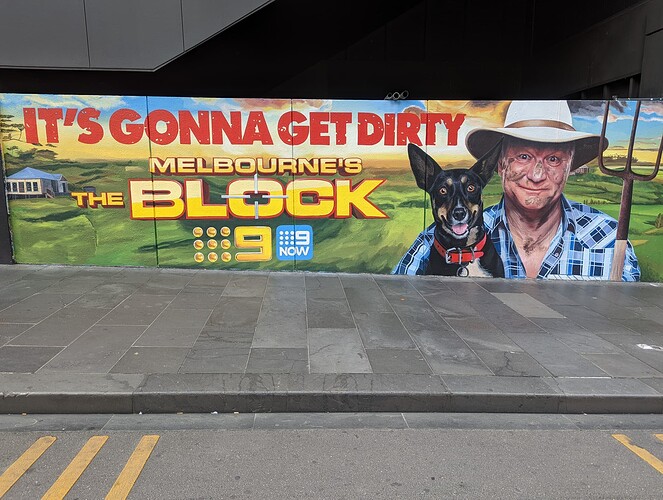 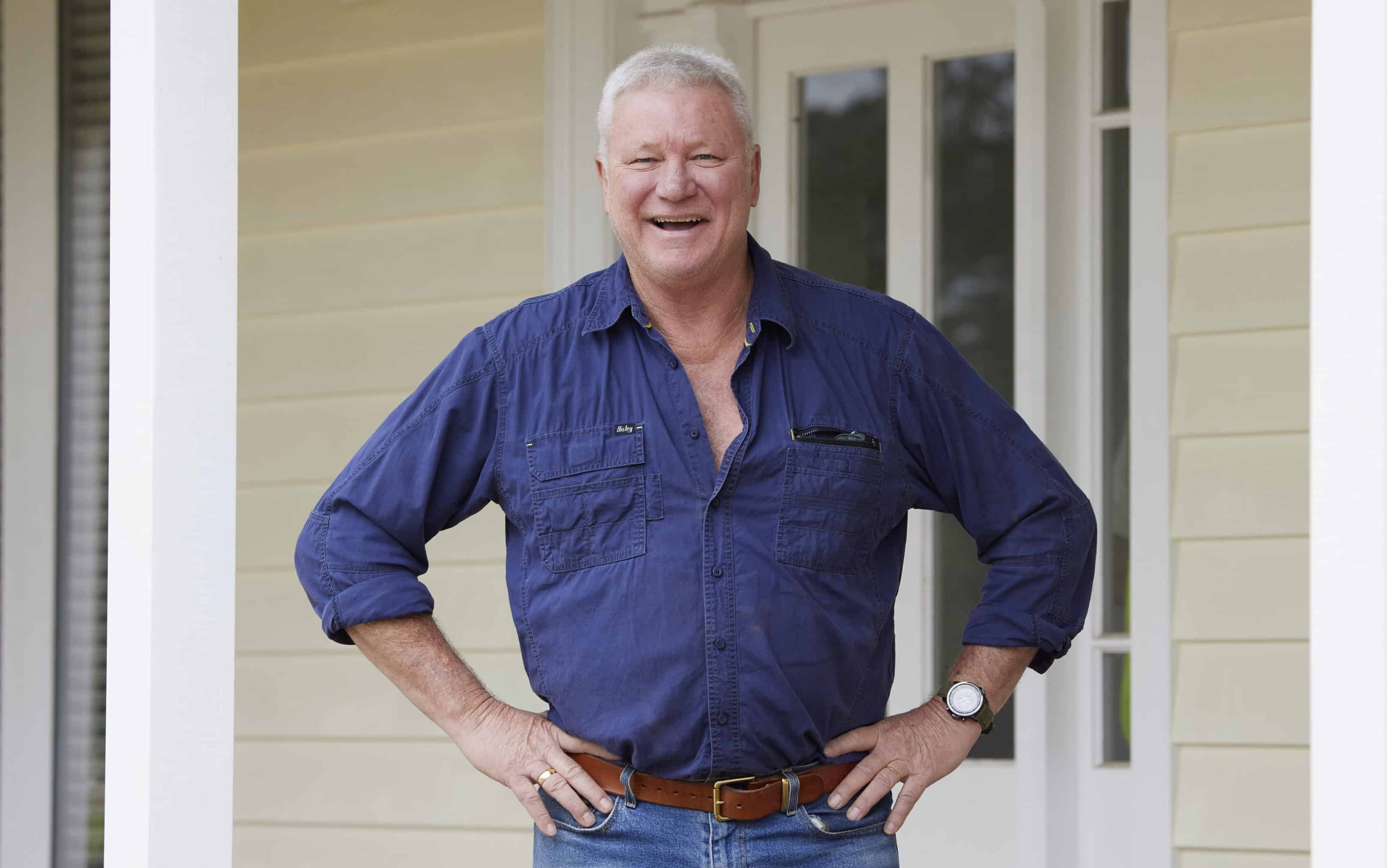 INTERVIEW | SCOTT CAM reveals why THE BLOCK is set to become biggest show "In...

"This year is, without a doubt, the biggest show anyone has done anywhere in the world."

Nine reality series isn't just a Tree Change of massive homes, it's also the most diverse cast so far. 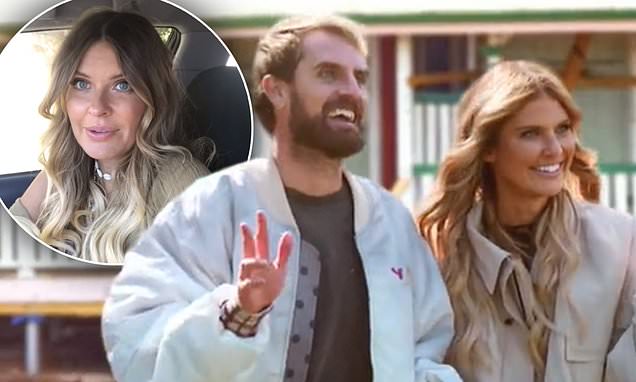 The Block: Elle and Joel quit because she 'didn't want to wear hi-vis'

Julian Cress, the show's creator who has overseen all 18 seasons of The Block, said the crew was blindsided when the Sydney couple downed tools during the first week of shooting in April

I wish those at the block would just let it go. I have noticed over the years when contestants speak up or out about stuff behind the scenes, the production and its host seem to essentially stand over them and push them down and make them look like losers so to make themselves look superior. Yes its annoying what happen with this certain couple, but a good project manager and production team would surely be able to cope? And have a backup plan. Dont spit on the former couple just cause they left, take the higher ground