@Channel7
The 1% Club is a game show like no other! Hosted by Australian comedian, actor and writer @jimjefferies, the all-new Australian version of the UK hit will arrive on @Channel7 and @7plus in 2023. 🧠 #7Upfront https://t.co/SrQVwRcjxZ 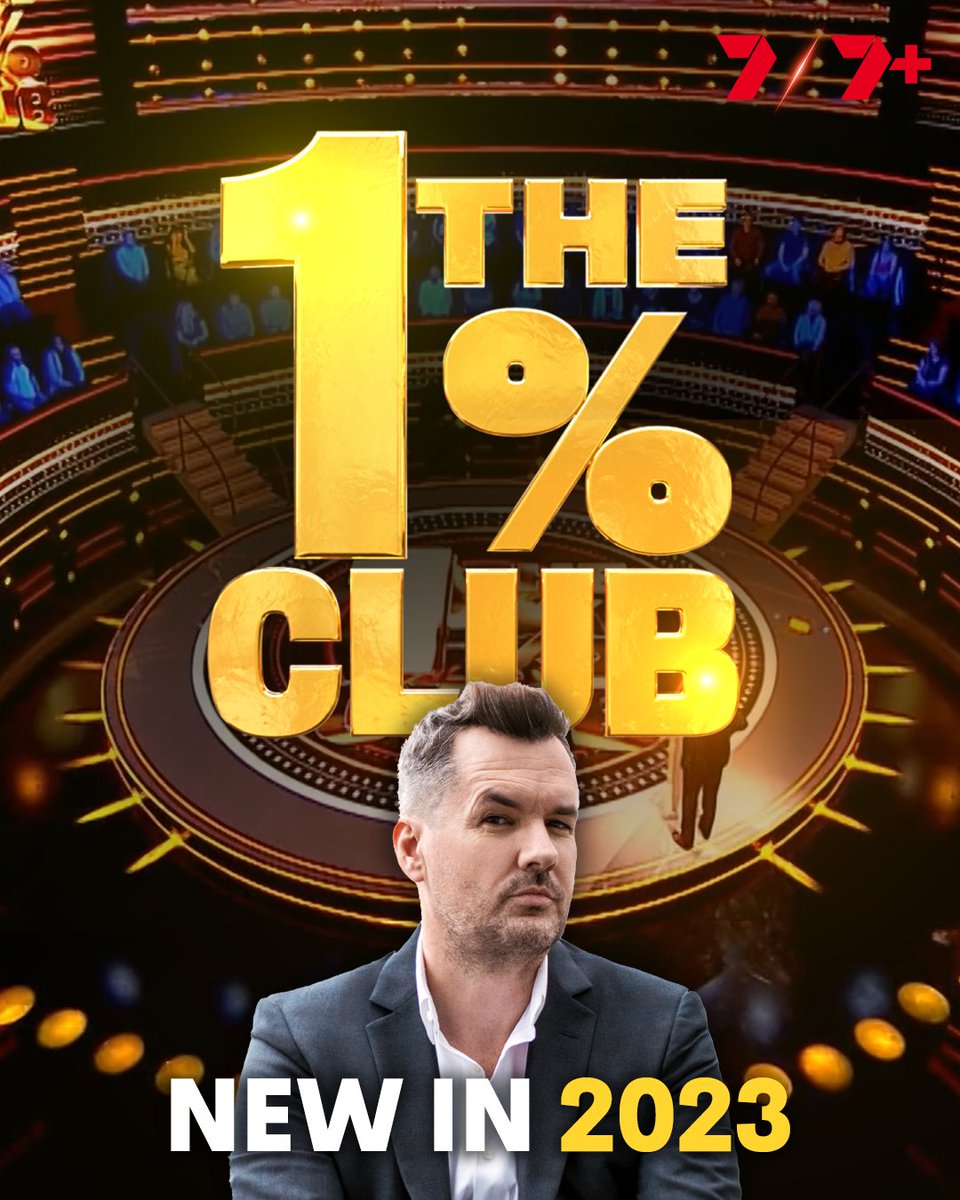 A game show like no other, The 1% Club is already a runaway hit in the UK and an all-new Australian version will arrive on Channel 7 and 7plus in 2023. People of all ages and backgrounds can be part of The 1% Club because, unlike most quizzes, they don’t need to brush up on general knowledge to do well. All they need is logic and common sense.

One hundred contestants begin every show, but to make it to the end and win the top prize, contestants must correctly answer a question only 1% of the country would get right. The show starts by asking a question that 90% of the country got right (based on a sample of answers given by people across Australia) and then goes on to ask questions that smaller and smaller percentages answered correctly. Hosted by acclaimed Australian comedian, actor and writer, Jim Jefferies, star of the FX sitcom Legit and Comedy Central’s The Jim Jefferies Show, The 1% Club is produced by BBC Studios Australia and New Zealand for the Seven Network.

BBC Studios to Produce The 1% Club for Seven Network

BBC Studios will produce a local version of hit UK show The 1% Club for the Seven Network in Australia. The show will be hosted by Australian comedy superstar Jim Jefferies, creator and star of the FX sitcom Legit, Comedy Central’s The Jim Jefferies Show and numerous Netflix specials.

A game show like no other, the questions have nothing to do with remembering little known facts, endless reams of dates or obscure quiz trivia, instead they are all about applying logic, reasoning skill and common sense. One hundred contestants begin every show, but to make it to the end and win the top prize, contestants must correctly answer a question only 1% of the country would get right. The show will arrive on Seven Network’s Channel 7 and 7plus in 2023.

The 1% Club is a format created by Magnum Media and distributed internationally by BBC Studios and will be produced for the Seven Network by BBC Studios Australian production arm. The show launched in the UK on ITV earlier this year in a primetime Saturday night slot where it is hosted by comedian Lee Mack, and has already been commissioned for a second series. The format has also been licenced to France Televisions in France, Kan in Israel, RTL in the Netherlands, Atresmedia in Spain and SevenOne Entertainment Group in Germany.

Jim Jefferies, who is also a regular fixture on the international comedy circuit and is currently touring his sell-out stand-up show, said: “To say I’m excited to host The 1% Club for Seven is an understatement! I’ve always loved game shows and this one is brilliant, I can’t wait to get started.”

Kylie Washington, General Manager and Creative Director, Production, BBC Studios Australia and New Zealand, said: “We’re delighted that Jim will host the show, his brand of wit will ensure this unique quiz show is fast, fun and hilarious. And because it doesn’t rely on general knowledge it can be played by all ages and backgrounds as contestants find out just how clever they are compared to the rest of the country.”

Seven Network Chief Content Officer, Entertainment Programming, Angus Ross, said: “The 1% Club has been an out-of-the-box success in the UK and we are excited to be working with BBC Studios on the Australian version. It is a fresh, engaging and highly entertaining show and Jim is the perfect choice to host it. We know all of Australia will want to join The 1% Club.”

BBC Studios has been steadily growing its production presence in Australia. Local commissions that have already gone to air this year include The Great Australian Bake Off for Foxtel (a local adaptation of the Love Productions format), with production currently underway for the next series which will feature a new line-up of hosts and judges; the first locally created original format Space 22 for ABC (internationally known as Art on the Brain); as well as new series of Mastermind and Celebrity Mastermind for SBS and Dancing With The Stars: All Stars co-produced with Warner Bros International Television Australia, for the Seven Network.

Which time slot will it launch on? To complete with Tipping Point at 3pm?

Angus Ross talked in yesterday’s podcast about being bold and trying once-a-week shows in the 7.30 slot to contrast with the stripped shows on all the networks in recent times.
He also talked about “big” shows on Sunday nights and something different on Monday/Tuesdays.

It is filming in Melbourne in January.

It is filming in Melbourne in January

Wow… channel 7 are actually basing a new production in Melbourne again? Been awhile.

Luckily its starting out as a weekly program, rather than a stripped show. 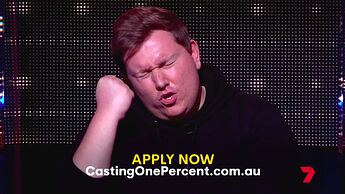 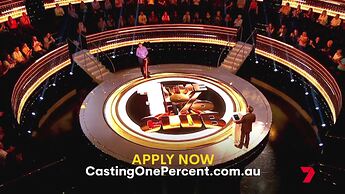 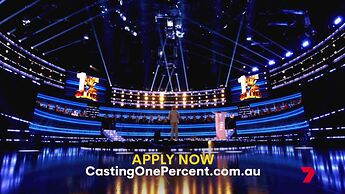 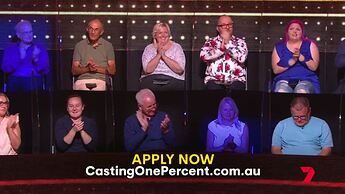 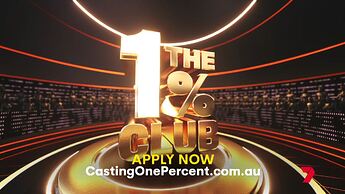 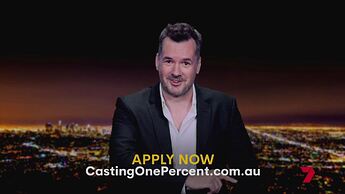 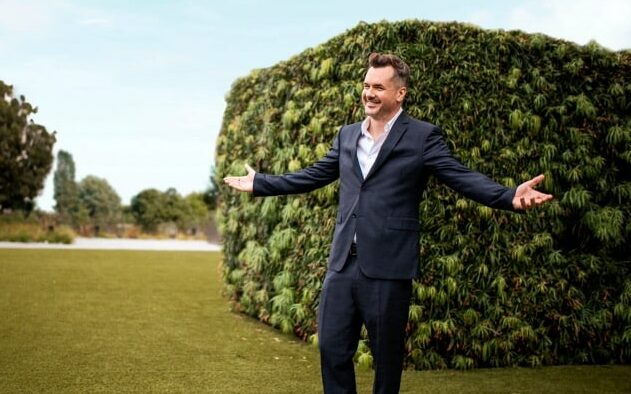 Hidden sting in contestant applications for THE 1% CLUB AUSTRALIA

The new comedy quiz show, made by BBC Studios Australia for the Seven Network, is hoping contestants will put up before they front up

A clause on the online application form says

If you are selected to play, all expenses including flights and accommodation are at your own cost. Filming will take place in Melbourne, in Jan 2023.