Network 10 and WIN Corporation today announced that they have signed a new affiliation agreement for the supply of Network 10 content to WIN Network for its Northern NSW television licence area.

The new agreement is for a term of five years from 1 July 2021 and results in WIN broadcasting Network 10’s metropolitan free-to-air television content from channels 10, 10 Bold and 10 Peach into Northern NSW.

Jarrod Villani, Chief Operating and Commercial Officer and Executive Vice President, ViacomCBS Australia and New Zealand, said: “We are pleased to continue our relationship with WIN and renew the affiliate agreement for Northern NSW. WIN are a valued broadcast partner and we believe the outcome from these discussions collectively benefits both companies.”

Andrew Lancaster, Chief Executive Officer of WIN, said: “The continuation of Network 10 content on our channels in Northern NSW is a great win for our viewers who enjoy channels 10, 10 Bold and 10 Peach. We look forward to working with 10 over the next five years to deliver mutually beneficial outcomes.”

Further announcements in relation to affiliation agreements involving Network 10 in other regionals areas are expected to be made shortly.

With the retiring of the WIN brand across most of the country I can’t see it remaining on NNSW 10 either. The coat of rebranding even if 10 does do it for WIN wouldn’t be worth it and with SCA as the major 10 affiliate they don’t really need to care about WIN and one logo everywhere is much better from their point of view so I think from next Thursday the WIN brand will be retired everywhere on screen with the exception of the news and the occasional WIN Network mentions.

perhaps WIN will call its 10 NNSW affiliate “WIN Ten” like they did in South Australia. With 10 promos, 10 watermarks, 10 idents etc. but with ads proclaiming “You’re watching Channel 10 via the WIN Network!” and the WIN and 10 logos side by side on ads for local events sponsored by WIN. The new WIN Ten SA, WA, Griffith and Mildura ditto.

perhaps WIN will call its 10 NNSW affiliate “WIN Ten” like they did in South Australia. With 10 promos, 10 watermarks, 10 idents etc. but with ads proclaiming “You’re watching Channel 10 via the WIN Network!” and the WIN and 10 logos side by side on ads for local events sponsored by WIN. The new WIN Ten SA, WA, Griffith and Mildura ditto.

Don’t think I’ve watched even one show on 10 Shake during the 9 months or so it’s been available in Sydney.

I’ve never watched 10 Shake except for the odd short periods at work while monitoring the channels, but I’d like it on WIN/10 Newcastle purely for the kids, they used to watch a lot of Nick shows on Fetch TV, but since I removed it from there, after the other kids channels were dropped & it wasn’t worth it, they miss out now.

I have unlimited internet at home so they can stream 10 shake on 10 play, but they don’t bother, they just watch other stuff now. A lot of people still don’t have unlimited downloads on their home internet, & there’s plenty of places regionally that still have slow internet connections FTTN, or are on Fixed Wireless NBN, where streaming 10 Shake just isn’t an option.
Some friends of mine are not as well off as I am, & actually can’t afford internet at home (yes there’s plenty of others who only have small incomes & things most of us in here take for granted are luxuries they just can’t afford), they use a pre paid mobile phone with a small data allowance, so the kids watch good old DVD’s or the ABC for kids shows on FTA TV.

10 as a whole has never rated well across the board, but they’ve mostly always done well in their target demographics, 10 Shake isn’t intended to make millions of dollars in advertising or out-rate every other channel, it’s a niche format channel to serve a particular audience with VIACOM/CBS in house programming.

In the grand scheme of things it shouldn’t cost WIN too much to add the channel, but they’d have to drop one of their paid infomercial channels. 10 should push WIN to take it as part of the affiliation though, especially if SCA are now going to take it regionally.

Looks like this is NNSW only, whereas as others have posted, AAN getting a 30 minute edition in other regions on Wed night which is odd.

Headline News is not scheduled on the main channel anymore.

Is Sky News being broadcast with “Sky News Regional” branding in Northern NSW, even possibly after August 1?

Still called Sky News On WIN. Taken from the Gold Coast this morning. 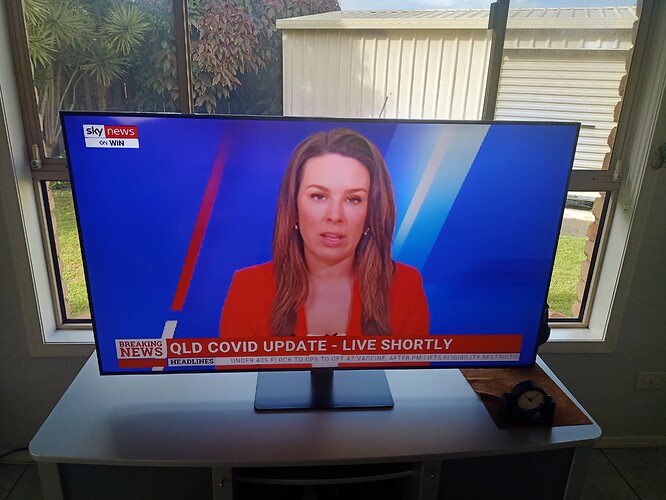 Gold Coast is still calling it WIN. Promos have Ten logos though. I’m guessing a name change will cause confusion because we already have 10 (from Brisbane). 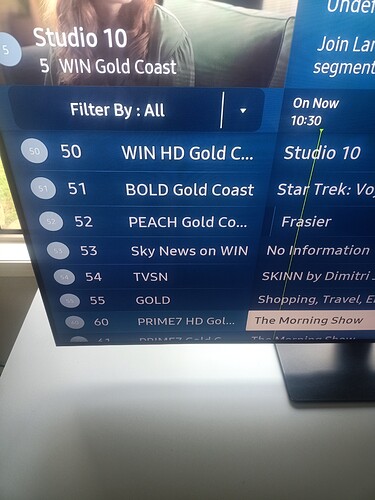 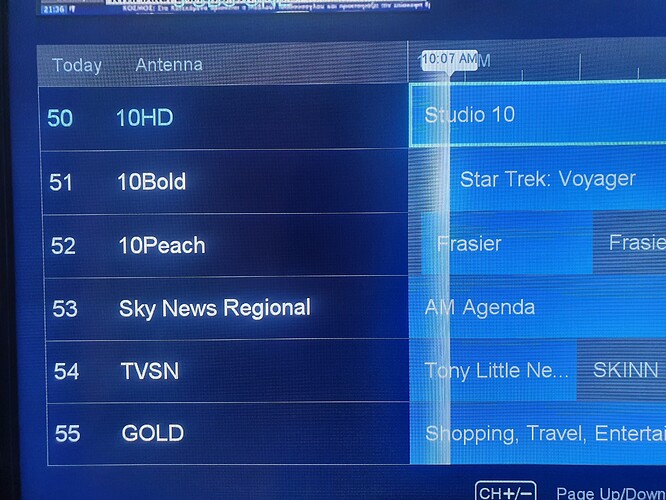 Have you got a 2nd device to confirm? Still using old SNOW name too. I’d say your box hasn’t updated the names.

Tried on another TV. Still called WIN. I’d say it’s due to confusion because both 10 and WIN broadcast from the same transmitter (Mt Tamborine).

Is this the only TV station called “WIN” left? 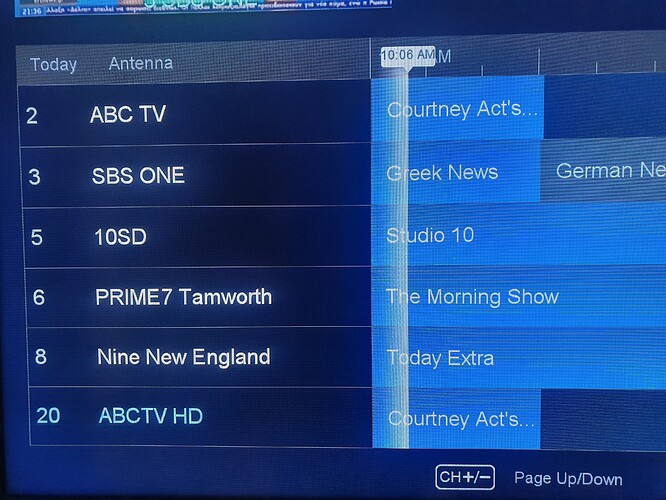 Yep I’d say 10 want people on the Gold Coast watching their Brisbane relay as opposed to WIN so a name change could boost numbers (ie- "There’s a new Channel 10!!).

NB: This is on a Samsung Smart TV 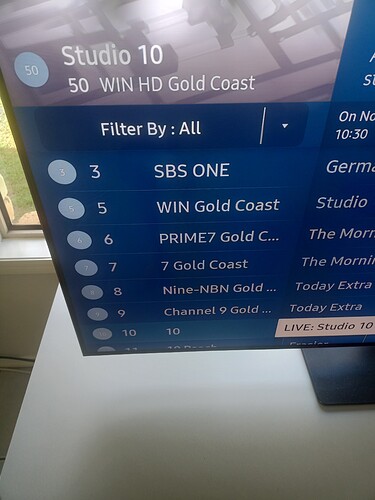 Gold Coast is a whole other kettle of fish. Why they continue with 6 commercial networks from the same transmitters is beyond me.

Setup JVs between the NNSW and Brisbane license holders and only broadcast 3 networks if they must. Although in the case of NBN and QTQ it’s the same parent company anyway (no JV necessary) … complete pointless mess.