Every Family Has a Secret

Every Family Has a Secret 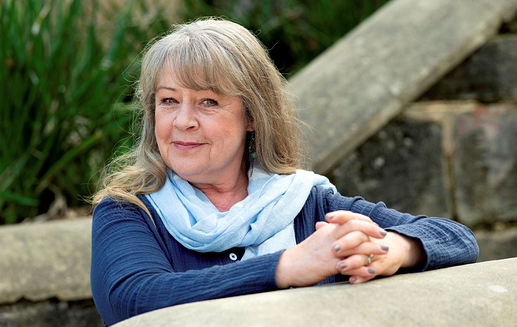 In this new SBS documentary series Every Family Has a Secret , six Australians discover the truth about their family’s past, confronting the secrets that have shaped them. Dark pasts, lies and half-truths are revealed, and lives are changed forever. Whether it is the ill deeds of parents or revelations of unexpected family members, Every Family Has a Secret shocks, surprises and delights.

Over three weeks, much loved and celebrated actor Noni Hazlehurst will meet six Australians who are grappling with a family secret. Participants will travel around the world uncovering powerful truths about themselves, their families and Australia.

SBS Director of TV and Online Content Marshall Heald said: “ Every Family Has a Secret” explores the family relationships and secrets that divide a household, introducing us to a diverse group of Australians who are seeking closure on their past. The series is full of shocks and surprises, but it’s also heartfelt and heart-warming. Noni Hazlehurst is one of Australia’s most iconic personalities, and in her role as presenter she brings her trademark elegance and warmth to the show. We are thrilled to be bringing this series to our audiences.”

From Taiwan to Romania and beyond, these six Australians will discover the truth behind a gripping family secret.

Australian actor David Field searches for his real dad after a death bed confession by his grandfather more than 25 years ago raised questions over his paternity.

Adopted as an infant, Perth woman Marie-Anne goes in search of her biological father after a terrible tragedy prevents her from meeting her mother.

Angela Hamilton was raised in a household of extreme violence; her father regularly beat her mother and her siblings. A rabid anti-Semite, her father arrived in Australia from Hungary after World War II and Angela suspects he may have collaborated with Nazis.

Li Ying Andrews doesn’t even know her birth name. Raised in a Taiwanese acrobatic troupe as a toddler, she has no idea if any of her family is still alive. Li and her daughter Olivia travel through the backstreets of Taiwan in search of her true history.

Businessman Lance Innes grew up without his father, a scoundrel who went by numerous names and abandoned wives and children around the world. He was also known to the FBI, but was he a spy or just a conman?

Journalist Michelle White uncovers the crime her mother kept secret which saw her jailed in one of Australia’s toughest prisons.

The series also features renowned international experts such as the world’s leading Nazi-hunter Dr Efraim Zuroff, and showcases never before seen documents from Romanian Secret Police, the FBI and ASIO as hidden pasts comes to light.

Intimate secrets are unearthed, estranged family members are reunited and lives are forever changed in this emotional and confronting new series. This three-part series is produced by Artemis Media for SBS, with funding from Screen Australia and Screenwest.

Every Family Has a Secret premieres at 7.30pm on Tuesday 25 June, and airs over three weeks. Catch up at SBS On Demand after broadcast. 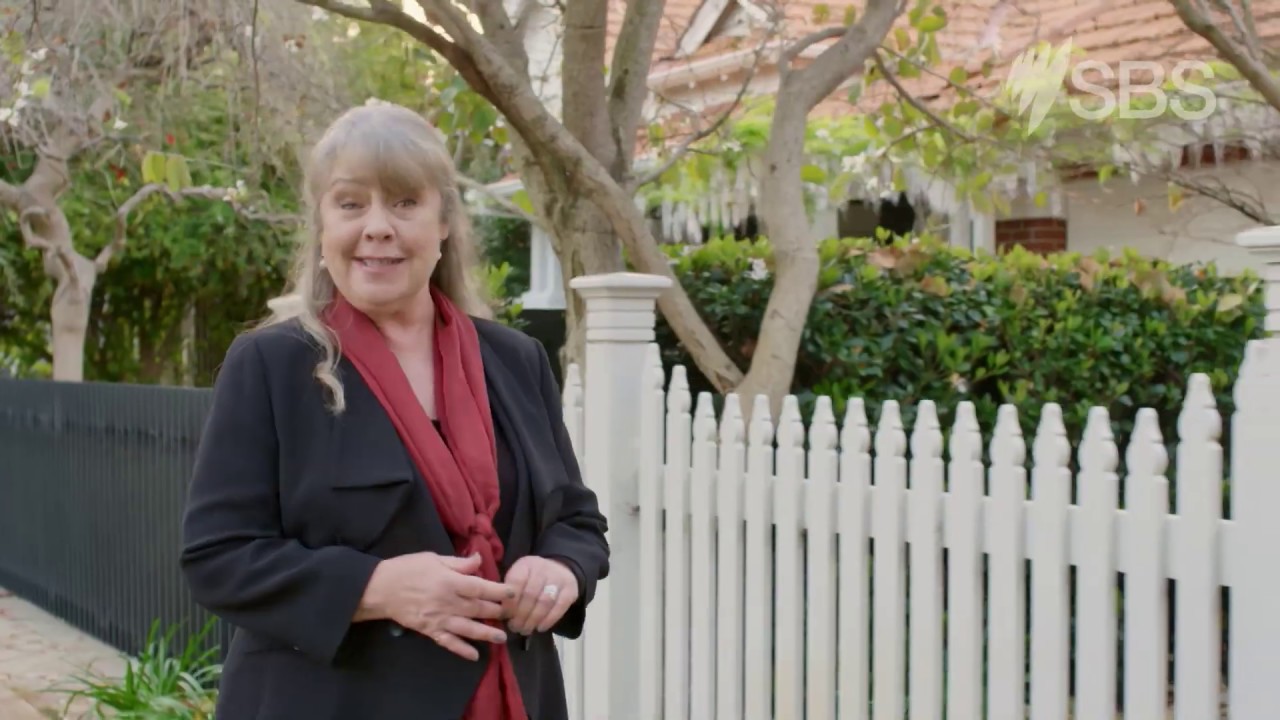 “She is a model for the importance of facing the past”

Participant in Every Family Has a Secret praised for the way she dealt with confronting news.

Also, Noni was on The Project earlier tonight to promote the show.

Just watched the second episode of this show and really enjoyed it. It really was brilliant. This series is well made and the stories are told in a brilliant way.

I was disappointed to see it didn’t make it into the ratings top 20. The twists and turns in Li Ying’s story were fascinating. Great series. Enjoyed it so much last week I made a point of watching it live last night. I rarely watch live FTA. The family secrets episode of Insight after it was also very good, albeit a repeat. Makes you realise your family isn’t as F’d up as you think it is. 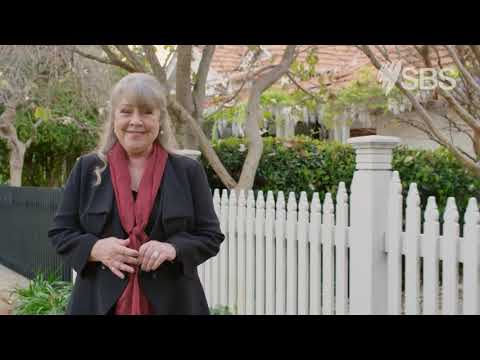 Every Family Has A Secret - Season 2 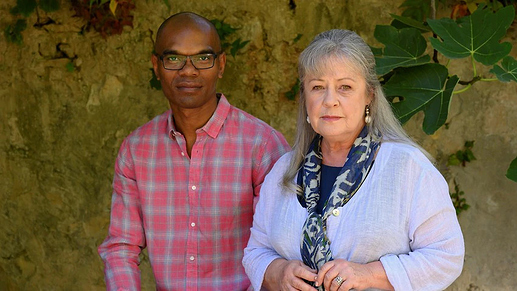 Presented by Noni Hazlehurst, this masterfully crafted observational documentary series follows everyday Australians on a life changing journey, seeking out the hidden secrets within their families.

Revealing dark pasts, lies and buried scandals, Every Family has a Secret tells astonishing stories that will shock, move and captivate.

Perth women Ellis Treleaven and Marie O’Connor investigate how their lives began amidst traumatic circumstances and try to piece together their unknown pasts.

"It's what reality television should be" | TV Tonight

Noni Hazlehurst says genealogy series Every Family Has a Secret is high stakes but without manipulation.

Quite a powerful episode last night which involved an unsolved missing person case.

The show has received production funding from Screen Australia for season 3.

Every Family Has a Secret Season 3
4 x 53 mins
Artemis Media Pty Ltd
Writer/Director Steve Peddie
Series Producer Claire Forster
Line Producer Robin Eastwood
Executive Producer Celia Tait
Broadcaster SBS
Synopsis Presented by Australian actor Noni Hazlehurst, Every Family Has a Secret is an observational documentary series following everyday Australians on life changing journeys as they seek out the hidden secrets within their families. However confronting the revelations, it allows the participant to emerge with a new sense of identity.

SBS announced in its upfronts release that season 3 would premiere in March 2022 with four episodes.

Presented by Australian actor Noni Hazlehurst, Every Family Has a Secret follows everyday Australians on life changing journeys as they seek out the hidden secrets within their families. Do I have Royal blood? Was my father a war criminal? Who abandoned me on a doorstep as a baby? Did my father, a Roman Catholic priest, have other children? These are among the family secrets to be unravelled in Season 3, exploring compelling and dynamic social and political histories of Australians. Major production investment from SBS in association with Screen Australia. Financed with support from Screenwest.

Every Family Has A Secret - Season 3 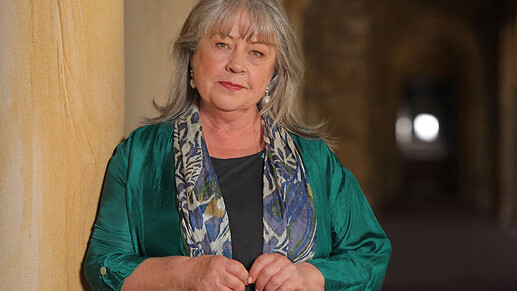 From the secrets of the British Royal Family to the Catholic Church and The Mob - Noni Hazlehurst returns to uncover eight gripping family stories in Every Family Has a Secret.

From Sydney to Darwin and then onto Alice Springs, Arrernte police officer Danielle Chisholm is on a journey to find out the answer to a 100-year-old secret - is she a member of the British royal family? South Australian woman Linda Lawless goes in search of information about her father - a Roman Catholic priest who she believes may have broken his vow of chastity numerous times, and Perth businesswoman Lisa Bird investigates her grandfather’s life in The Bahamas and his relationship with one of the 20th Century’s most notorious Mob bosses.

From Adelaide to Sydney to Hungary, South Australian businessman Peter Eden grew up trusting his father’s grandiose stories, which cast him as a hero during World War II, but now he’s questioning whether his father was actually responsible for a horrific Hungarian war crime. Adelaide journalist and author Derek Pedley returns to his hometown, Perth in a bid to discover his dad’s identity. Melbourne siblings Priti and Prashant Ieracci have spent their lives trying to find out the circumstances surrounding their mother’s death in India - did their father murder her?

At four years of age West Australian Dawn Slater was abandoned at a London train station. Decades later she is discovering why her mother took the drastic action and what became of her missing siblings. After forty years of searching, with many missteps, Perth adoptee Heather Horne returns to her birthplace New Zealand to finally re-unite with her mum. The third season of Every Family has a Secret is coming to SBS and SBS On Demand from 7.30pm, Thursday March 24th.