Does anyone know whether Sydney Super Tunnel was on this week? It’s not coming up in catch up.

Not this week due to dramas being shown Mon - Thursday 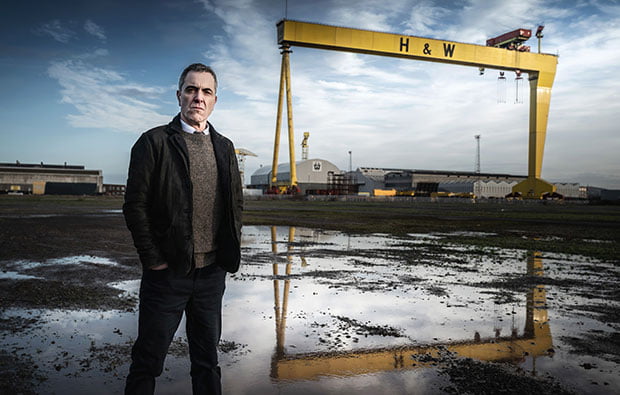 Australian pubcaster SBS and VRT in Belgium are among the international broadcasters to have picked up Jed Mercurio’s new crime drama Bloodlands ahead of its premiere on BBC1.

SBS has commissioned The Department, a documentary looking behind the workings of NSW child protection system. It has received production funding from Screen Australia.

A feature documentary that goes behind the frontlines of NSW child protection, following case workers and families as they navigate the complexities of keeping children safe. Directed by Sascha Ettinger Epstein (The Pink House) this documentary is produced by Mary Macrae and Ian Darling (Shark Island Productions, The Final Quarter). The Department has been commissioned by SBS for its Australia Uncovered strand. 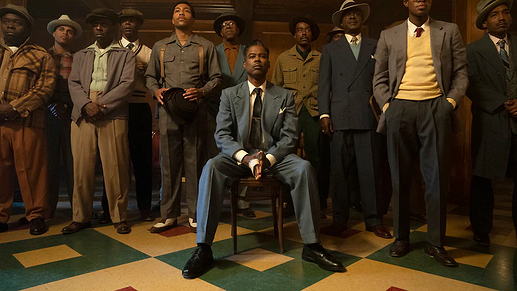 From acclaimed creator and executive producer Noah Hawley and starring Chris Rock, the eleven-episode fourth instalment of the Emmy® and Golden Globe® award-winning series Fargo will premiere with a double episode at 8:30pm Thursday 8 October on SBS and SBS On Demand.

In 1950 Kansas City, two criminal syndicates fighting for a piece of the American dream have struck an uneasy peace. Together, they control an alternate economy of exploitation, graft and drugs. To cement their truce, Loy Cannon ( Chris Rock ), the head of the African American crime family, trades his youngest son Satchel ( Rodney Jones ), to his enemy Donatello Fadda ( Tommaso Ragno ), the head of the Italian mafia. In return, Donatello surrenders his youngest son Zero ( Jameson Braccioforte ) to Loy.

When Donatello dies in the hospital following a routine surgery, the tenuous truce is threatened. Josto Fadda ( Jason Schwartzman ) takes up his father’s mantle, but his efforts to stabilize the organization are undermined by his brother, Gaetano ( Salvatore Esposito ), who has joined the family in Kansas City after building a reputation for ruthlessness in Italy. Amongst the turmoil, Patrick “Rabbi” Milligan ( Ben Whishaw ), a man who once betrayed his own family to serve the Italians, watches carefully to ensure his survival.

The fourth season of Fargo was scheduled to premiere in April, but production in Chicago halted due to the coronavirus pandemic. Filming resumed in late August, making Fargo the first major production to restart filming in Chicago since the pandemic began.

As viewers gear up for the latest season, SBS On Demand will be dropping seasons one-three of Fargo onto the platform this Thursday 17 September.

Australia Come Fly With Me

The history of flight is filled with danger and glamour, social injustice and opportunity. Just as it brought people together, air travel also revealed the cracks in our society. Over three weeks, Australia Come Fly With Me will celebrate the turbulent history of Australians in the air. 2020 marks 100 years of civil aviation in this country at a time when the industry is facing its biggest challenge.

Hosted by much loved actor Justine Clarke , the three-part series is a collision of pop culture, the history of flight and the great shifts in Australian life that flying enabled. The opportunities and tensions created by air travel are the context for struggles between sexes, sexualities and cultures that reflect and foreshadow changes that would follow on the ground.

Justine explores the struggles of women, Indigenous Australians, gay men and migrants to find a place in the skies. These stories are told by flight attendants and pilots and are brought to life by a rich archive of aircraft, people and exotic destinations. Australia Come Fly with Me invites us to take a trip into the past from a fresh perspective.

Justine Clarke said : “ Australia Come Fly With Me has been an eye-opening, exhilarating series to be part of. I loved learning about the daredevils and dreamers who made flying possible – pilots who risked their lives, women who refused to accept the status quo and migrants who were making this country home. I hope this series informs and inspires Australians in equal measure.”

SBS Director of Television and Online Content, Marshall Heald, said: “ Australia Come Fly With Me is a landmark television moment, celebrating the centenary of civil aviation. Social justice issues like gender equality, Indigenous representation, LGBTIQ+ rights and migration have all played out across history in the skies. Flying connected us with each other and the world and this series will remind Australians how it has shaped our nation.”

Australia Come Fly with Me is a heart-warming look at one of Australia’s most diverse, ambitious and important industries. It asks the question: What will be COVID-19’s lasting effect on our love affair with flight? In a time of relative isolation, this series shines a light on the desire within us all to connect.

Australia Come Fly With Me will be subtitled in Simplified Chinese and Arabic, and added to the subtitled collection on SBS On Demand, available immediately after its premiere. It will also be available with audio description on the live television broadcast.

Australia Come Fly With Me is a WildBear Entertainment production for SBS. Principal production investment from Screen Australia in association with SBS. Financed with support from Create NSW. 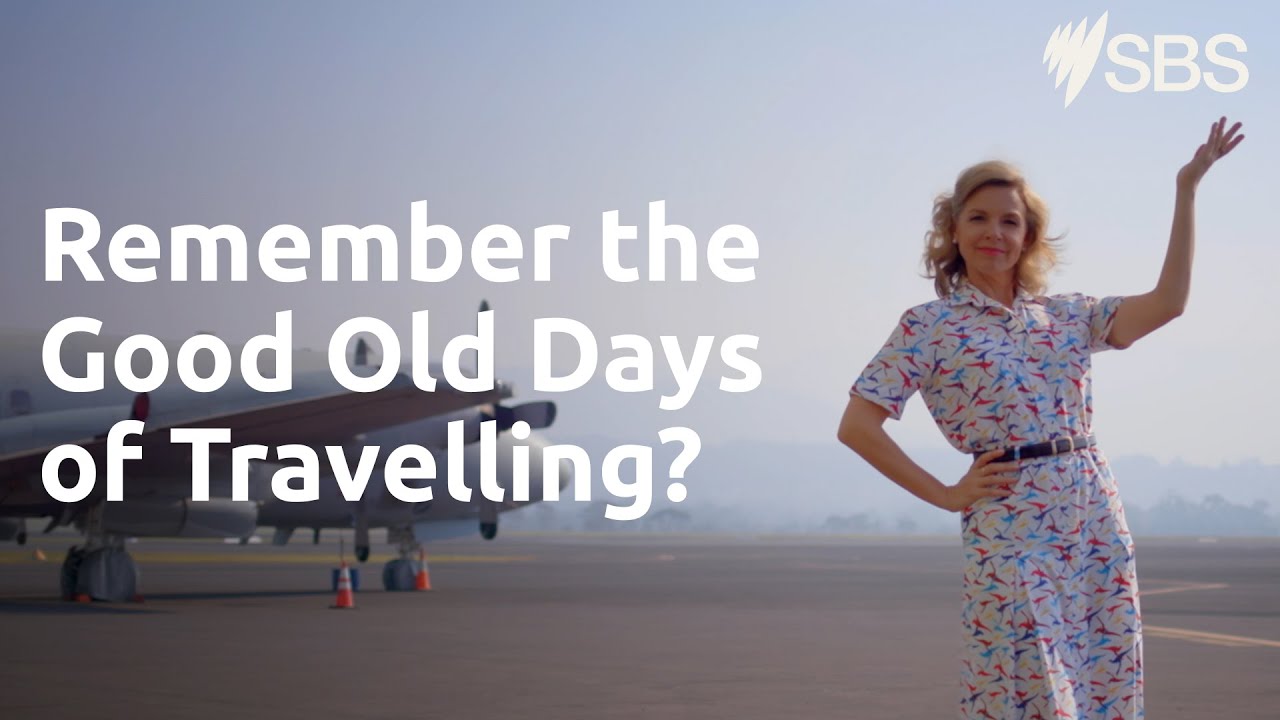 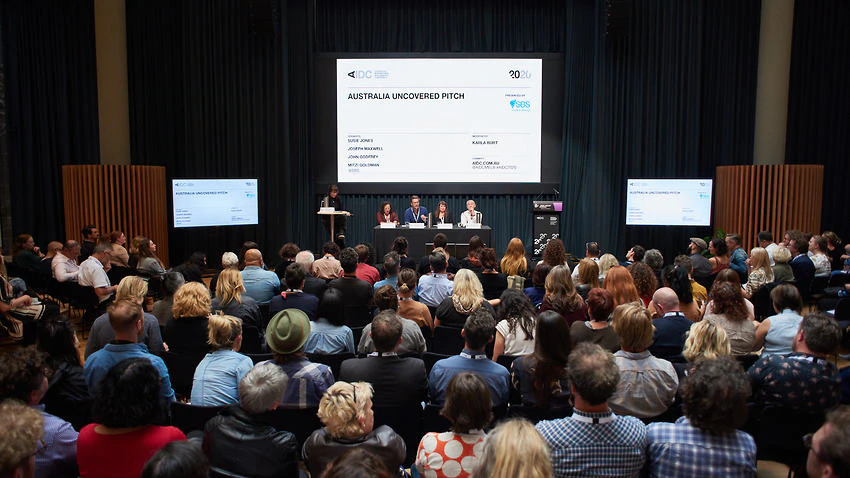 Australia Uncovered , SBS’s strand of prime-time single documentaries exploring diversity and equality in contemporary Australia, is returning with SBS now inviting proposals for projects to be broadcast in 2022.

It follows the success of the launch of the strand in 2020, with the first season of selected projects currently in production to be broadcast in 2021.

Australia Uncovered will feature up to eight single documentaries ranging from one hour to feature-length. Filmmakers are encouraged to be creative in their approach to style, form and construct, and the uniting factor once again is that all submissions must have something compelling to say about Australia today and align with the SBS Charter.

Joseph Maxwell, Head of Documentaries at SBS, said: “We were thrilled with the high calibre of pitches submitted last year which has resulted in a strong selection of uniquely Australian stories set to air next year which showcase the ambition of the Australia Uncovered strand.

“Single documentaries allow us to showcase diversity and tackle issues challenging our society in innovative and inspiring ways, through often untold stories and from a variety of voices with reflect contemporary Australia. It’s been a challenging year for so many Australians and we’re looking forward to seeing the creativity and quality of our local sector come through in this year’s submissions.”

Alice Burgin, CEO / Conference Director, AIDC, said: “The Australia Uncovered pitch was a genuine highlight of AIDC 2020. The combination of incredible stories and professional pitches, not to mention the pot of gold at the end, was extremely inspiring. As we move through a challenging year, we look forward to once again celebrating the diverse talent of the Australian screen industry next March.”

SBS has a long history of supporting the broadcast of single documentaries with the financial support of Screen Australia who have also committed to support Australia Uncovered titles.

There are several ways filmmakers can submit their documentary ideas:

Applicants are required to submit their proposals with ‘Australia Uncovered Submission’ in the subject line to factual@sbs.com.au by 24 January 2021.

Production companies can also submit ideas that are already fully developed for production funding from SBS.

Production companies can also submit projects that are in mid-production or close to finishing.

Applications for funding from sources beyond SBS 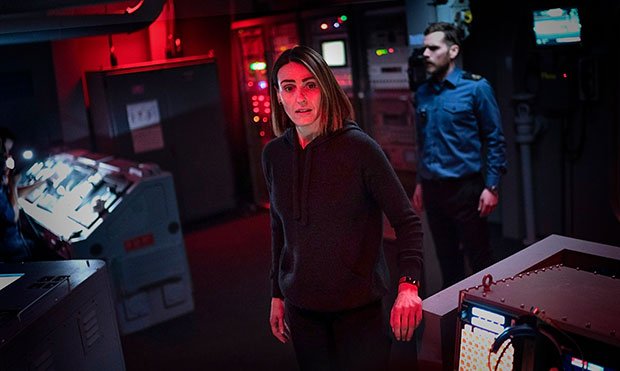 Broadcasters across the globe have pre-bought dramas Vigil and The Pembrokeshire Murders from ITV Studios, which has also made further sales of formats Love Island, The Voice Senior and Beat the Chasers.

Channel 4 (UK) documentary Me and My Penis coming soon to SBS.

Channel 4 doc goes for a schlong

DR in Denmark, TV4 in Sweden and NRK in Norway are among the international broadcasters to have picked up a Channel 4 documentary in which men examine their genitals.

Ha, trust SBS to air a documentary like this!

SBS has picked up the first two seasons of Russian drama An Ordinary Woman. 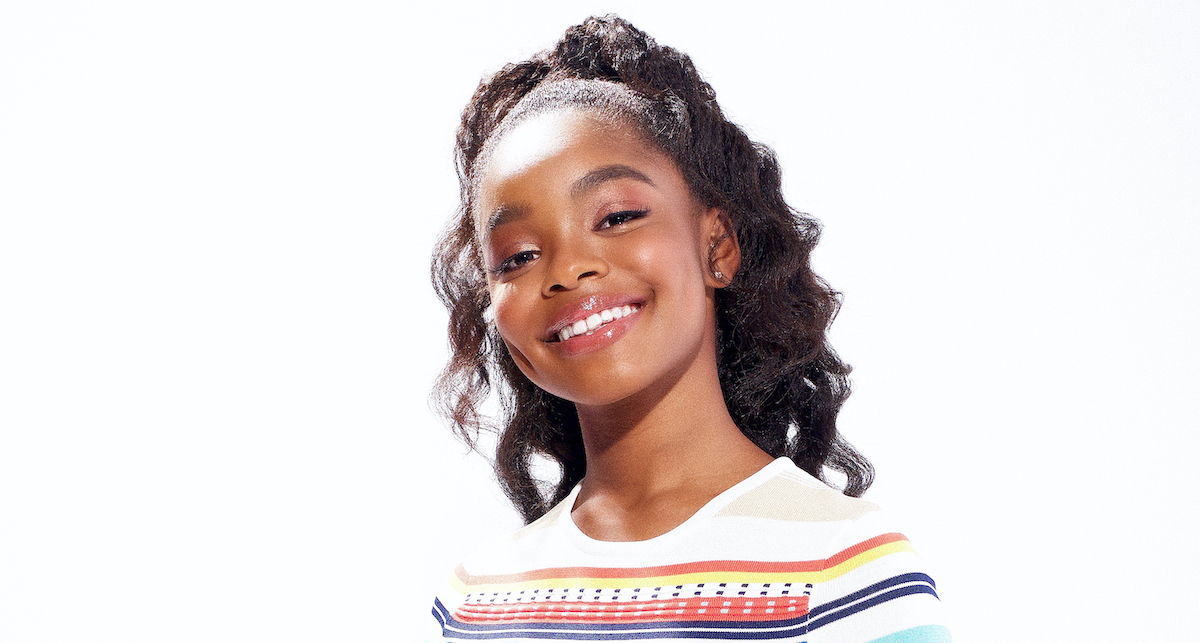 This is a 6-part documentary from UKTV’s Yesterday Channel. It premiered in Britain in late 2018.

This series looks at the iconic trains that have done the most to change history. Each episode features one iconic train and describes its impact on railway history and on history in general, combining archive and expert testimony with actuality and hands-on engineering demonstrations.

Worth noting for fans 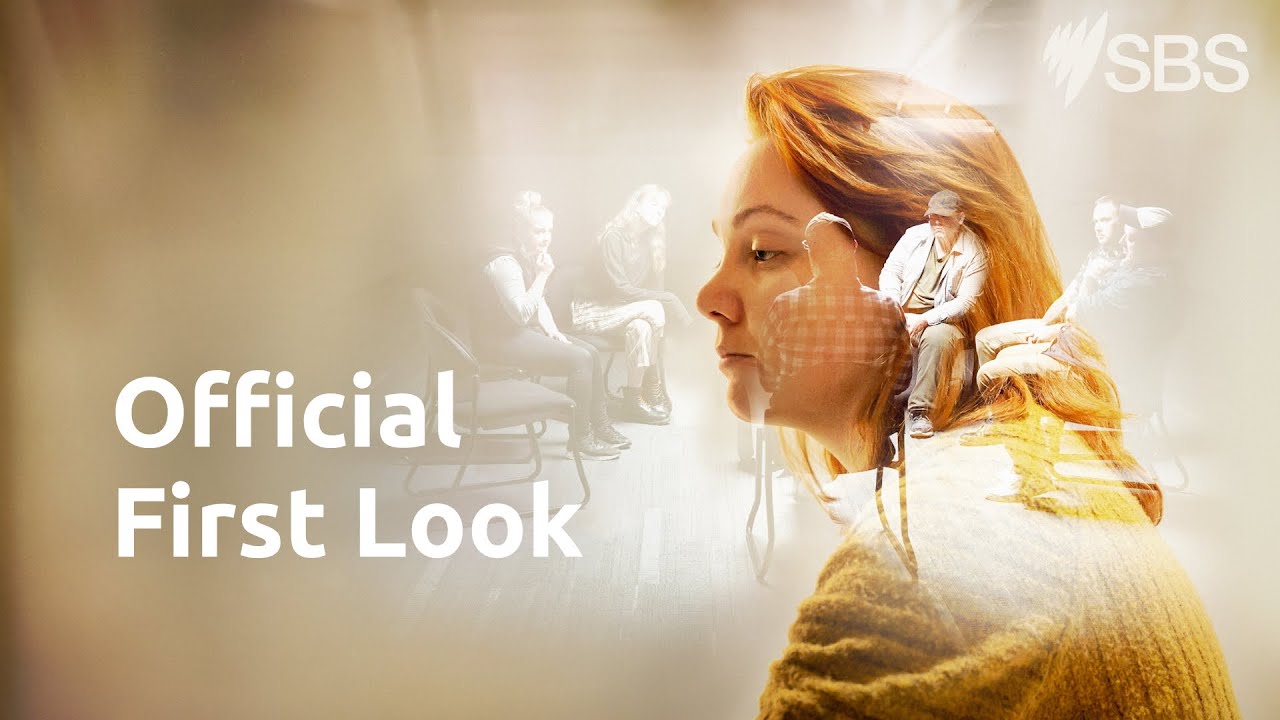 A shocking number of Australians are currently battling addiction, many in silence****. In a bold, revelatory and inspiring new documentary series made by Blackfella Films, SBS puts the spotlight on Australia’s addiction crisis in the most powerful and deeply personal way.

Premiering Tuesday 10 November, Addicted Australia provides extraordinary access to ten Australians and their families as they battle addiction. Signed up to a unique six-month treatment program, the four-part documentary series follows their heart-wrenching journey from despair to hope and possible recovery.

The series lays bare the challenges faced by families and their loved ones who are searching for a different life. Participants are each dealing with different forms of addiction and are all at different starting points on their journey. Drugs, alcohol and gambling are all openly discussed. We see them in their everyday environments and witness firsthand the reality of the recovery journey; the highs and the lows.

SBS Director of TV and Online Content, Marshall Heald, said: “ Addicted Australia is a television first. Never before has such access been granted to what is normally a closed environment. By opening this space and sharing these authentic and nuanced stories of addiction, the series aims to provide all Australians with a deeper understanding of addiction and recovery, reduce stigma and stereotype and spark a national conversation. By showing what addiction and treatment can look like, we also hope to encourage others to seek support.”

“This has long been an issue we’ve wanted to highlight as part of our factual program making. There is almost no Australian, whatever their background, who hasn’t been impacted by addiction, either personally or through someone they love. We were granted extraordinary access to people’s lives and their recovery journey. We hope their bravery and honesty means myths and stereotypes are challenged, the face of addiction humanised, and many others will be inspired to seek help.”

“Turning Point developed a targeted treatment program for these ten Australians determined to tackle their addictions. The program does not aim to be alternative or radical, but simply shows what we would expect for any other health condition. What makes it significant, is that while most Australians typically experience a treatment system that is fragmented and disjointed, we provided wraparound, tailored care for each individual, integrated with peer and family support.

“Addiction is one of the most stigmatised of all health conditions. The accompanying shame and stigma can result in a delay of up to 20 years from when somebody starts developing a problem with alcohol, drugs or gambling before they seek help. That is far too long, and as a consequence many Australians and their families suffer in silence. We must come up with a better way of helping people. We’re hoping this treatment program will not only help the ten participants, but also be a catalyst for systemic change.”

Addicted Australia is a Blackfella Films production for SBS. Principal production funding from SBS in association with Screen Australia, and financed with support from Film Victoria.

Addicted Australia premieres Tuesday 10 November, 8.30pm on SBS and SBS On Demand. The four-part documentary series continues weekly on Tuesdays at 8.30pm and will be available with simplified Chinese and Vietnamese subtitles.

Another two Nazi-themed shows are coming to SBS.