Discussions on the level 3 restrictions beginning tonight in Melbourne.

Callers are reporting a mass exodus out of Melbourne. Mark says traffic is bumper-to-bumper on Eastlink, heading towards the Mornington Peninsula. "I've never seen it this busy."

The exodus to Mornington Peninsula is underway

Eastlink bumper to bumper at 6pm? Nothing new there.

Exodus to another part of the lockdown region? What is the point exactly.

I would have thought of perhaps a mass exodus to say Geelong and Surf Coast.

There was a rego check police checkpoint in one Regional Vic city today that I passed through. Which I thought was interesting. In the middle of a busy cafe district.

Premier Investments has announced that their Peter Alexander, Just Jeans, Smiggle and Portmans stores in Metro Melbourne will close indefinitely from tonight with affected staff to be stood down.

With that, The Second-Tier VFL Competition which was gonna have 7 Teams Playing this Season is Abandoned for the First Time since 1944.

Dan Andrews The Project: Premier says lockdown could be longer than 6 weeks

Hours before Melbourne’s stage three lockdown is reinstated, Victorian Premier Daniel Andrews appeared on The Project to issue a dire warning about the length of the reimposed measures.

“It’s not about being popular, it’s about doing what has to be done”. Daniel Andrews spoke to us, as Victoria records 134 new COVID-19 cases today, as people in Melbourne and the Mitchell Shire savoured their final hours of freedom for six weeks. #TheProjectTV https://t.co/CVdyy0MjZd
Chris July 9, 2020, 2:47am #8

Is there a clear set of rules somewhere? There’s a bit of confusion with some of the minor differences this time like outdoor recreational activities. E.g. I was under the impression from what Dan said the other day that I could do outside exercise anywhere within Melbourne. Is that right? So I can go to a walking track or park a few suburbs away? Last time it was just in the local area.

Also I got pulled over for a COVID check this morning. I was on my way out to a sports store to buy some exercise equipment. The cop told me that buying exercise equipment is not an essential so I replied “Scomo said a puzzle was essential last time and exercise is deemed as essential”. I also asked her if me going to that store is wrong why is the store able to be open? So she let me off with a “warning”. I still proceeded to the store as I am certain I wasn’t doing anything wrong (and my daily exercises is my one sense of sanity). I feel this was all a front to look tough.

Is there a clear set of rules somewhere?

ABC News live blog says there is an official stay at home order signed by the Chief Health Officer yesterday, which you can read here

If you live in metropolitan Melbourne or the Mitchell Shire from 11.59pm on Wednesday 8 July, you can only leave home: 1. To shop for food or other essential items 2. To provide care giving, for compassionate reasons or to seek medical treatment (1/2) https://t.co/CR6mvCT37l 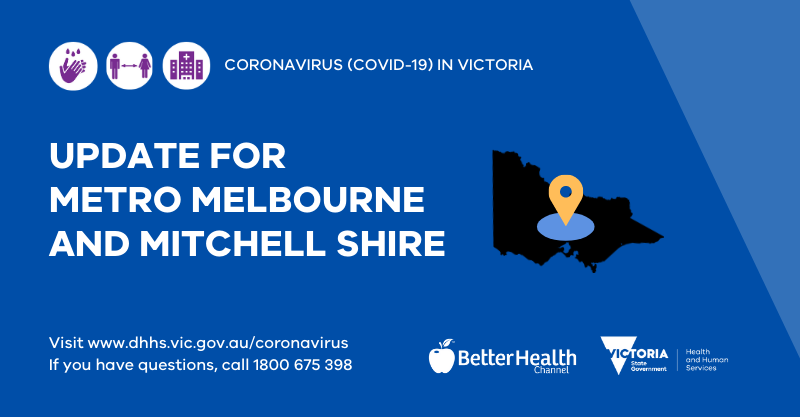 Otherwise, you must stay home.

if i remember rightly from the statewide lockdown excerise is only walking and exersising outside and not buying exerise equipment. so the poice officer was right

So where’s the list of essential items then? Scomo said a puzzle was essential. If it’s not deemed essential and people are going to be told off for going to them then the store should be closed.

If the shopping centres, retail, hairdressers etc are still open then I think we have the right to go into the stores if we continue to follow the protocols that have been put in place. Ie: social distancing, hand sanitise etc.

If the Government doesn’t want us to go into them then they should close the stores during lockdown. They’ve obviously kept them open for a reason.

I also asked her if me going to that store is wrong why is the store able to be open?

This is what is annoying the rules are so unclear and so contradictory. Why are the stores allowed to be open if you cannot buy anything from them?

People posting the rules and saying its clear these are the only things you can do obviously don’t listen to the press conference where you start getting confused by what you can and cannot do.

I honestly think “essential” is up to the individual to decide but the police want to put on a front to intimidate people to stay home. A one off outing to buy a couple of things that I will be using for the next 6 weeks at home towards my health and fitness to me is essential.

They are definitely doing it more this time. I have friends in a suburb just out of metropolitan Melbourne and was told the police are in the Woolworths carparks checking IDs to question anyone that is shopping there not from Melbourne.

My guess is these random COVID checks will probably be more frequent in the first week or two as a bit of a front to intimidate people into doing what they deem is essential and then it will slow down a bit. I never saw a cop once or got questioned last time. I know VIC police were handing out a lot of fines last time but I never saw a booze bus style setup like I did today for Covid check. The ironic thing too is that my side of town and council only has 5 or 6 active cases, so it’s far from any hotspot and hasn’t had any significant increase. They are focusing on the wrong areas to go hard on IMO.

33 Alfred St to remain in hard lockdown for another 14 days.

8 of the 9 Public Housing Towers will go from hard lockdown to ‘stage 3’ lockdown from today/tonight.

33 Alfred Street, North Melbourne will remain in hard lockdown for a further 14 days.

I have friends in a suburb just out of metropolitan Melbourne and was told the police are in the Woolworths carparks checking IDs to question anyone that is shopping there not from Melbourne.

It naturally follows that places that are just out of the region are not all connected by ‘major roads’ - so different approaches would be followed there.

Keeping the border between Metro Melbourne and the wider region is the only way to ensure that it doesn’t need to be expanded. I think most people who actually live in those suburbs outside the border would prefer occasional checks to being locked down like others.

This is good - if only to make it more broadly acceptable. It always is slightly awkward if you’re the only person you see wearing one, so it being broadly encouraged will remove some of the stigma around it.

I do wonder how many people could effectively make homemade masks - I personally learnt how to sew in scouts and keep a kit in my home for button repair - but I can’t imagine that’s nearly as common of a skill now as it would have been a few decades back.

One thing I’d hope happens quickly is some more direct communication to the public - an SMS to everyone in the area hasn’t seemingly occurred yet, relying on people watching/following the news - lots of people would, but hardly “everyone”.

I’ve had a few emails via Vicroads to give updates previously, but nothing so far on the re-lockdown.