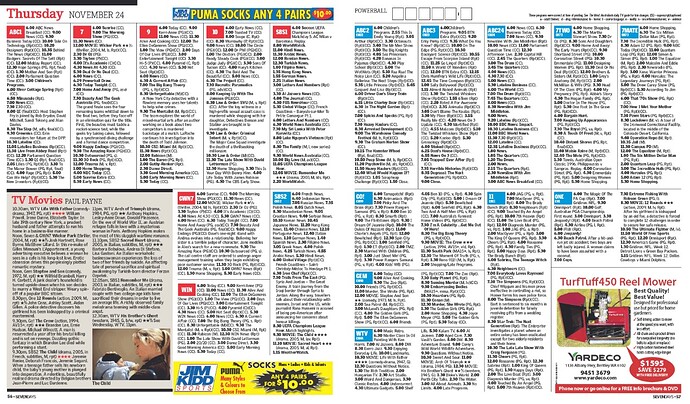 2 posts were merged into an existing topic: Classification 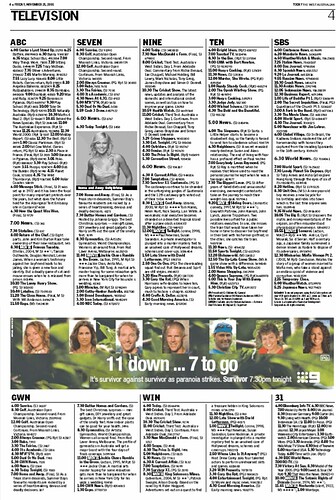 image827×1230 201 KB
Channel 9 broadcasted a Test Cricket Match between the Australia and the West Indies from Adelaide Oval. James Brayshaw didn’t commentate Australia-West Indies match. I believe that Ian Healy and Mark Taylor were in Adelaide during the third Test.
Over on WIN, they showed new episodes of The Price is Right. This came when Channel 9 ceased production of TPIR, although they showed repeats of episodes over the 2005-06 summer period.
3 Likes
AirJordanFan93 November 25, 2022, 12:19am #6462

As far as I remember, James Brayshaw wasn’t involved with Nine’s cricket coverage until the 2010s 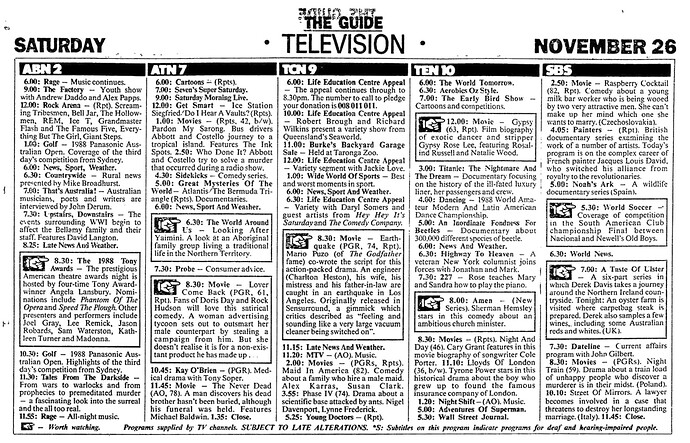 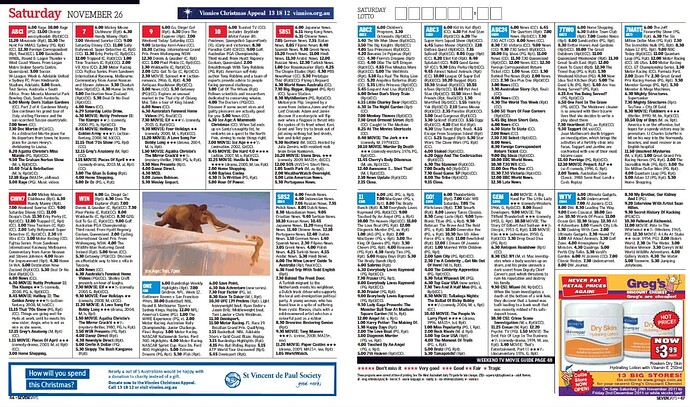 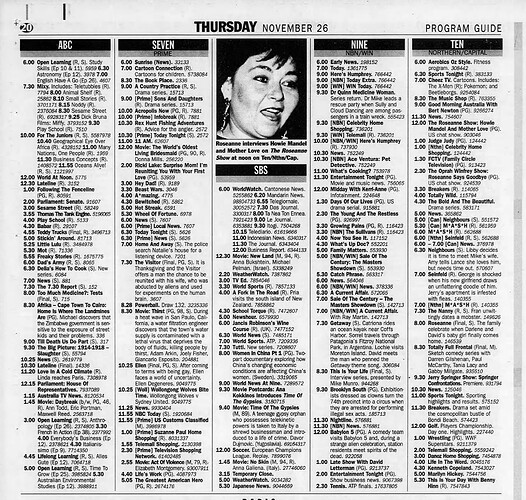 New episodes of Dr Quinn at 9:30am on Nine? Too bad for NBN and WIN viewers.

Interesting to capture this primetime FTA premiere of Springer, this was also a time where you could see several episodes a day on Foxtel, Late ‘98 was probably peak Springer mania at the time.

Also forgot about Prime running Today Tonight the next morning to fit in their local news at 6pm.

Didn’t know Pokemon started airing here in '98, PokeMania wouldn’t hit until '99 so I guess it hadn’t blown up yet. 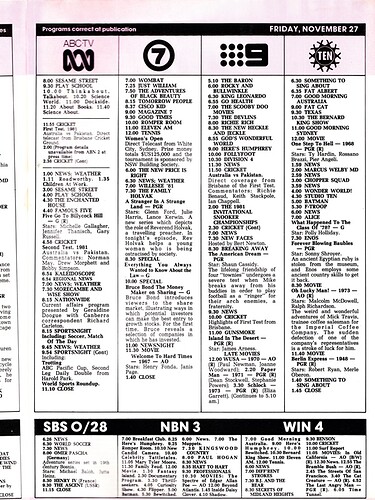 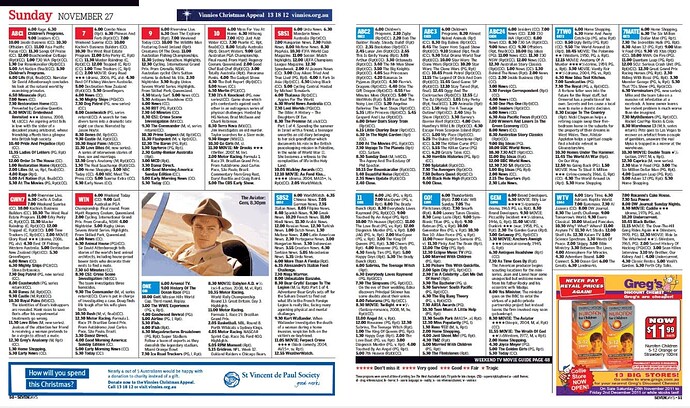 This was non-ratings time so it might have been some easy filler for a Friday night? 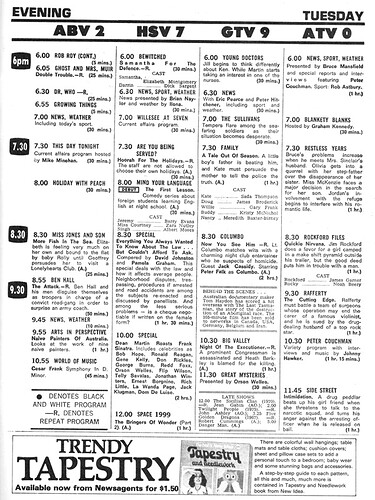 EDIT: It is the same program, but airing in 1981 as a repeat 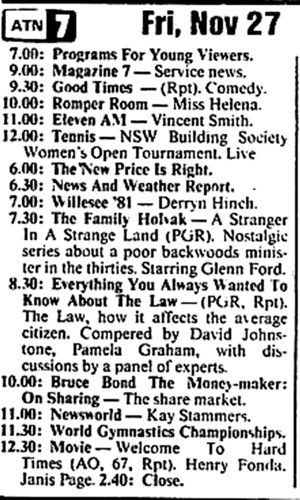 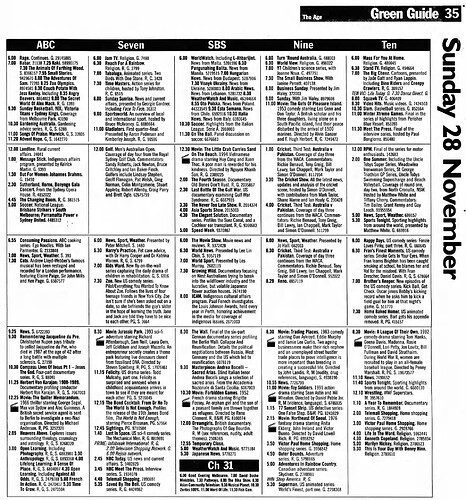