Would I Lie To You? Australia. 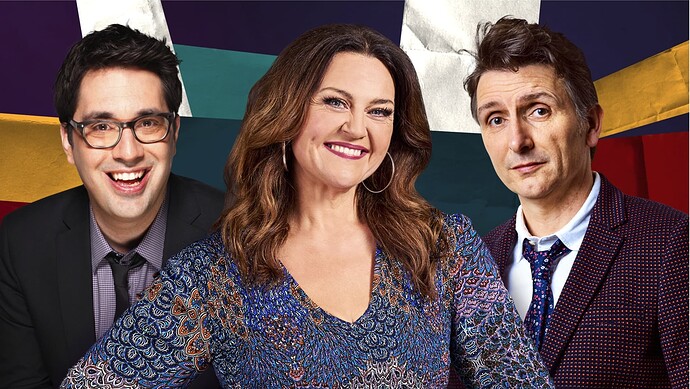 Calling all human lie detectors! Internationally acclaimed comedy series Would I Lie To You? is making its way to 10 in 2022… or is it ?

Host Chrissie Swan will direct two teams - captained by hilarious comedians Chris Taylor and Frank Woodley - as they navigate the far-fetched to the perfectly plausible. Trying to hoodwink each other with hilarious tall and twisted tales, it’s up to viewers to separate the truth from the fiction.

Each week a stellar line-up of celebrity and comedic guests will reveal amazing and bizarre stories about themselves. Some stories, incredibly, are true. Other stories, amazingly, are made up. The aim of the game is to fool the opposing team into mistaking fact for fiction and fiction for fact.

Daniel Monaghan, Senior Vice President, Content and Programming, ViacomCBS Australia and New Zealand, said: “I’m not going to lie to you – viewers on Network 10 are going to absolutely fall in love with Would I Lie To You? Australia – and that’s the honest truth!”

Endemol Shine Australia CEO, Peter Newman, said: “We are absolutely delighted to bring one of the world’s greatest comedy panel shows to Australian audiences. Would I Lie To You? is a wonderfully simple and hilarious game where lying is not only required but elevated into a side-splittingly funny competition.

“We can’t wait to get Australian families playing along - picking the facts from the fibs - and laughing out loud at the impossibly absurd stories of our captains and guests.”

Revealing embarrassing, bizarre and truly outrageous stories, Would I Lie To You? Australia is set to be a laugh-out-loud addition to 10 in 2022. 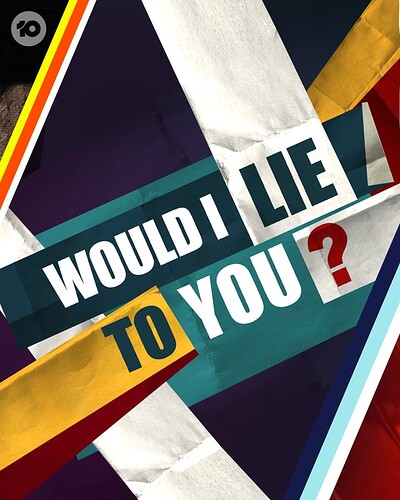 Great lineup. Always enjoyed Frank Woodley’s comedy so this should be hilarious.

After seeing Chrissie on Celebrity MasterChef, I thought at the time she really deserves her own show.

They need to air this Wednesday nights. Whether they will or not is another story. They are probably scared of the ABC’s comedy Wednesday’s.

I think this show will air on Thursday nights in between two seasons of Gogglebox.

think this show will air on Thursday nights in between two seasons of Gogglebox.

Due in early 2022 according to TV Tonight.

It will probably replace Hughesy, We Have A Problem.

I’m a fan of the UK version, so i hope our version works out too. Chrissie Swan is a good host - she was good on Can Of Worms and can banter when she guest-hosted Have You Been Paying Attention. Chris Taylor and Frank Woodley are good comics, and hopefully good captains on this show.

One thing that may “annoy” us fans is the inserts of ads. I know its something that can’t be changed, being on 10. Does work for “longer formats” like Paying Attention.

Need more of these UK-style panel shows. Cheap to produce and entertaining without being fake voyeurism. 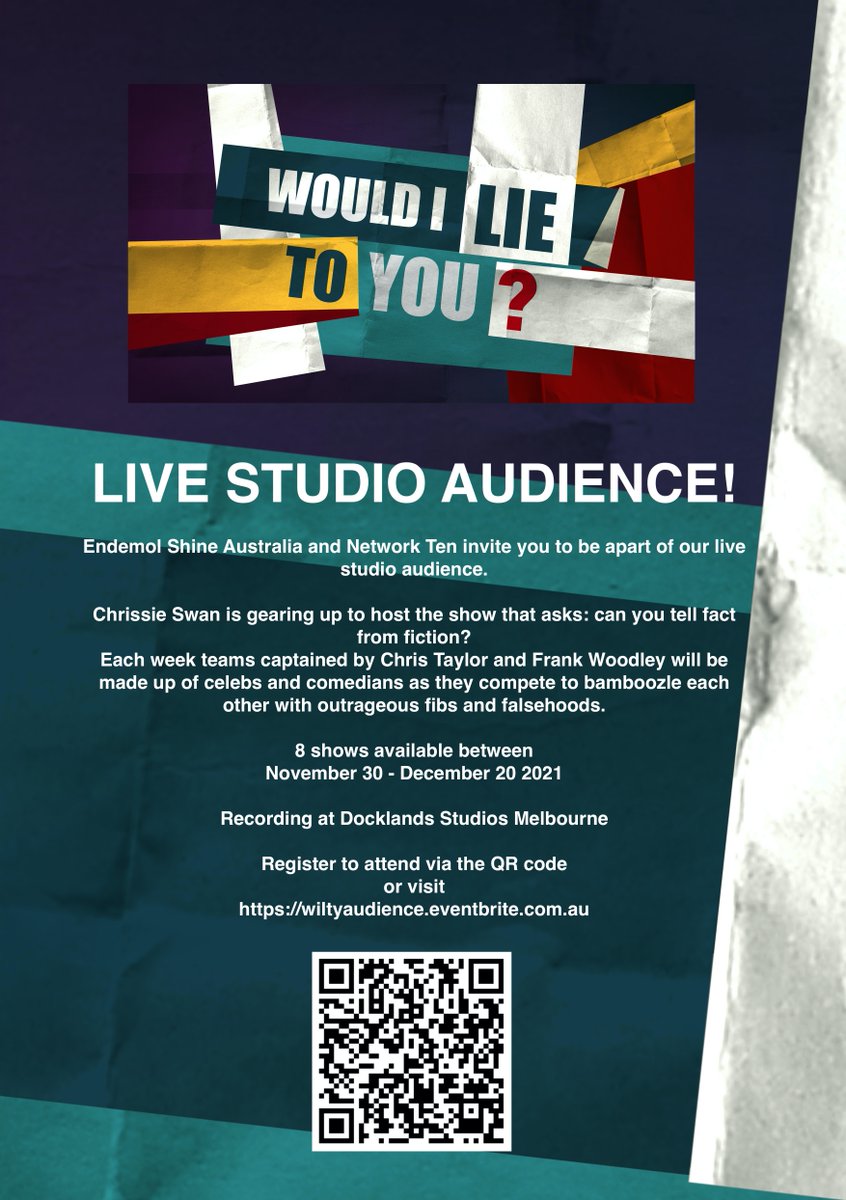 Good to see it’ll be filmed at Dockland Studios

With an audience too!

Chrissie Swan will be kept busy, even though her radio show finishes for the year on Friday, December 3.

Chrissie Swan has tested positive to COVID. She said in an Instagram post that she’ll be back on air soon, but from home obviously.

This news will almost certainly mean the filming dates for Would I Lie to You? Australia will need to be pushed back as it was due to commence on the 30th Nov through to 10th December. 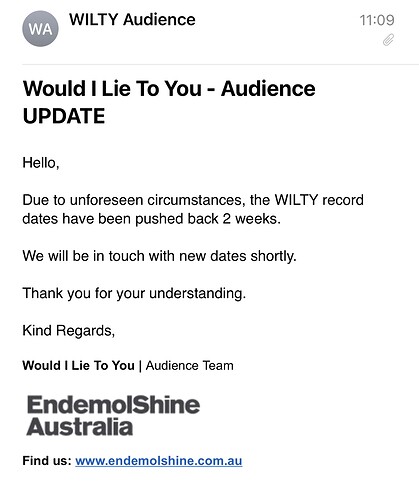 New filming dates have been released 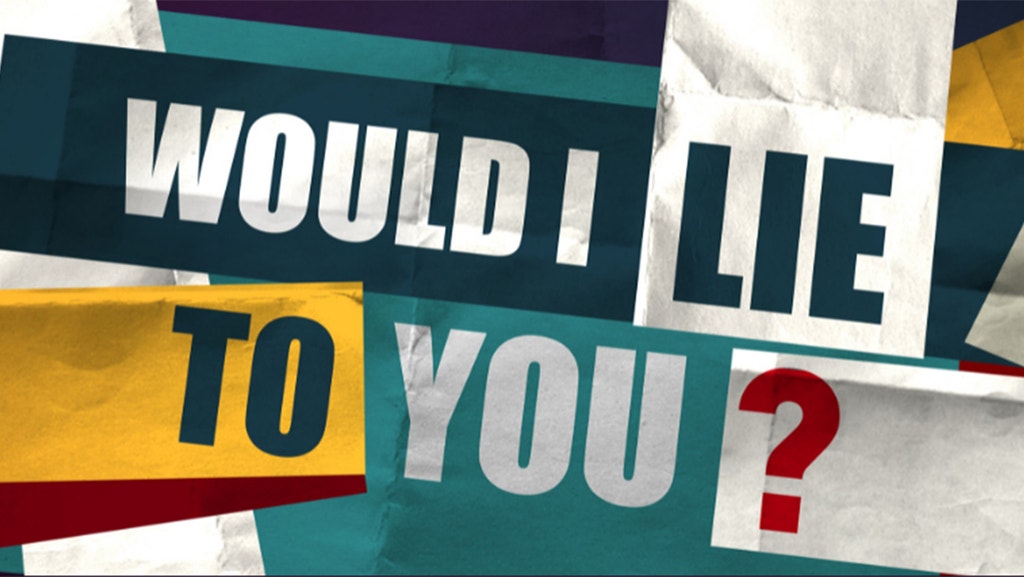 Join The Studio Audience For Would I Lie To You?

Join the audience for the new comedy panel show, coming soon to 10 and 10 play.

Filming wrapped up on Tuesday this week, according to Chrissie’s Instagram.

Yesterday we wrapped on the first season of Would I Lie To You? @wiltyau - it has been without question one of the best experiences of my life - professionally and otherwise - and I can’t wait for you all to see it next year on @channel10au … Huge thanks to all our funny and surprising guests for playing with us. The crew. My goodness. How can so many people be at the top of their game at the same damned time? The hair and makeup wizards - you are exceptional. And of course heartfelt gratitude to our amazing live audiences! You made every episode utterly magical. Bring on 2022!

@Channel10AU
Truth or lie? Chrissie Swan, Chris Taylor and Frank Woodley are here to unpack these bizarre stories. Would I Lie To You? Coming Soon to 10. https://t.co/JaLnyWbcfe
4 Likes
nationalnews January 30, 2022, 11:39am #20

It will probably replace Hughesy, We Have A Problem.

A few ads aired during I’m a Celeb- looks good. Chrissie will be particularly great I think.

You’re probably right about the programming. It’d be an improvement on Hughesy but I just wish 10 would slot these great 9pm shows across the week for the whole year instead of alternating them only on these select Monday/Thursday nights.