Reports of several fatalities and an active shooter in Las Vegas. ABC News Channel taking the feed of CBS8 in Las Vegas.

Nine taking ABC (US) on their live stream: http://www.9news.com.au/videos/watch-live/cj3kwefj900020gmq5dp9vpqh/active-shooter-in-las-vegas

Seven have a periscope up, just showing the breaking news swipe: https://www.pscp.tv/w/1zqJVRqDkQXJB (This has now ended, it only showed the report on the Sydney bulletin).

ABC sent out a breaking news alert saying 50 dead with a female in custody.

I think it’s become quite serious now for them to interrupt current broadcasting and break into this.

Deadliest Mass shooting in US history.

I don’t see why they wouldn’t relay coverage from their broadcast partners overnight?

Call me callous, but why would they do that? I’m sick of bad shit happening in the UK or USA dominating our media coverage at the expense of other equally newsworthy events.

CNN just reported that the female with the shooter is an Australian Citizen.

Yeah, just saw @Pranks post, I’d rather t.hey leave it up to ABC News and Sky for Foxtel subscribers, surely if people want news and not just rehashing of what’s known so far they’ll seek it out

Call me callous, but why would they do that? I’m sick of bad shit happening in the UK or USA dominating our media coverage at the expense of other equally newsworthy events.

Yes and no. We are culturally very connected with Britain and the US, but at the same time we are also very multicultural and therefore those ties are lessening.

I do feel that the US definitely should receive less prominence in the news. The average Australian would know a lot more about American government policy and culture than Japanese or Chinese policy and culture, which is funny because both of those countries are significant trading partners and represent an important part of Australia’s recent history. 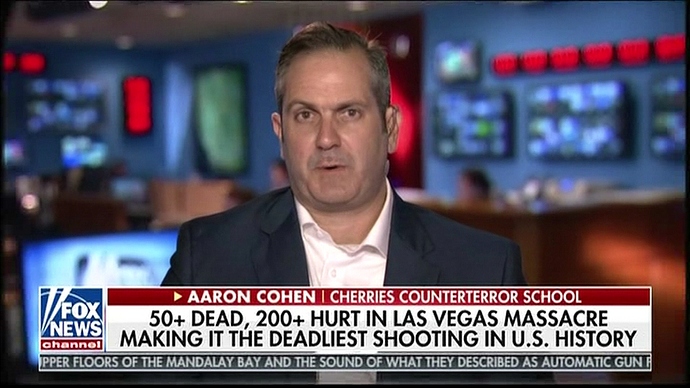 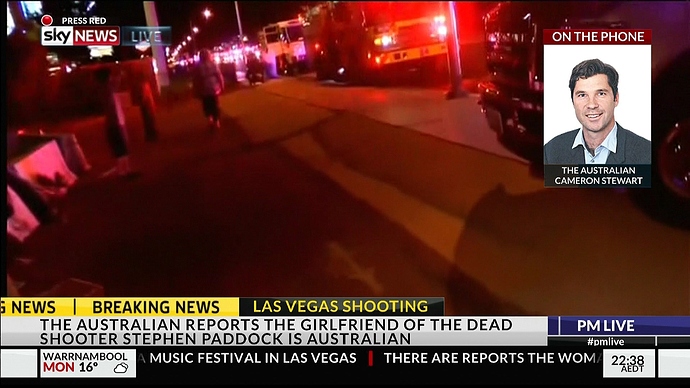 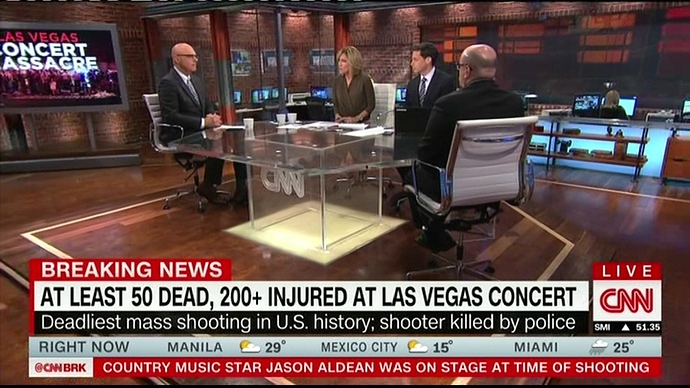 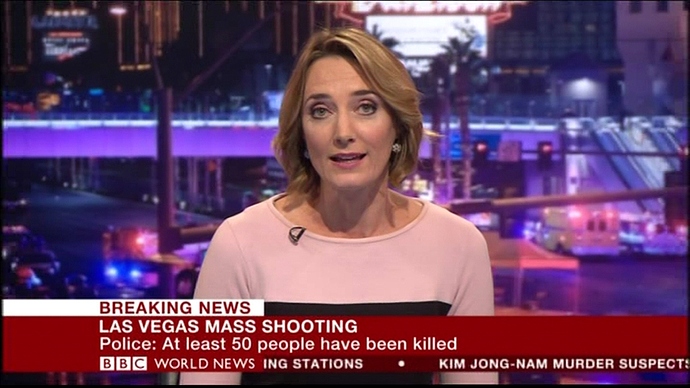 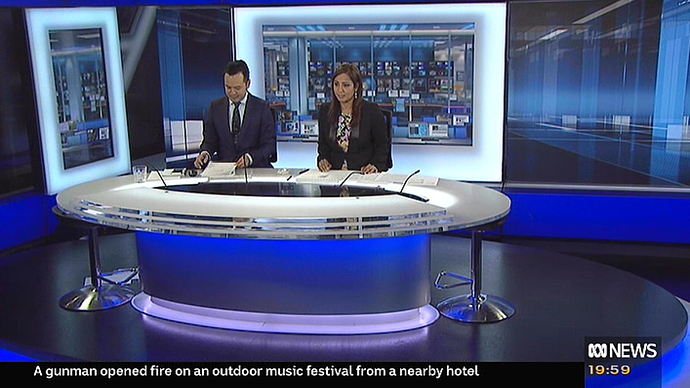 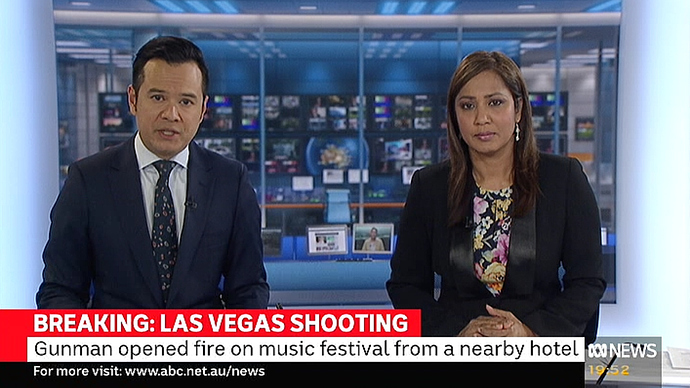 That was followed by QandA for the last hour so no coverage. 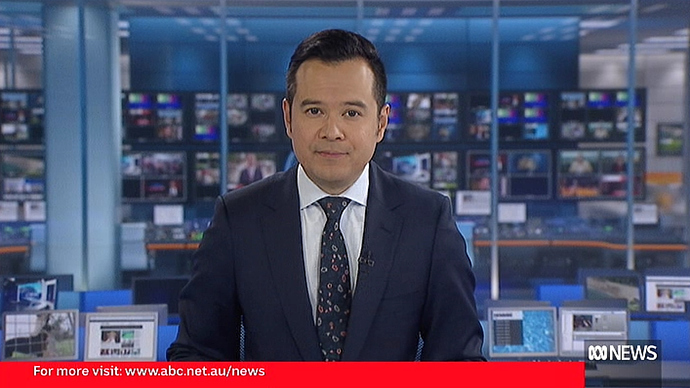 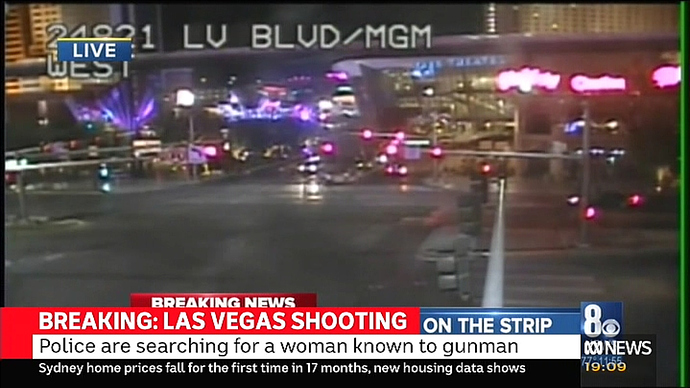 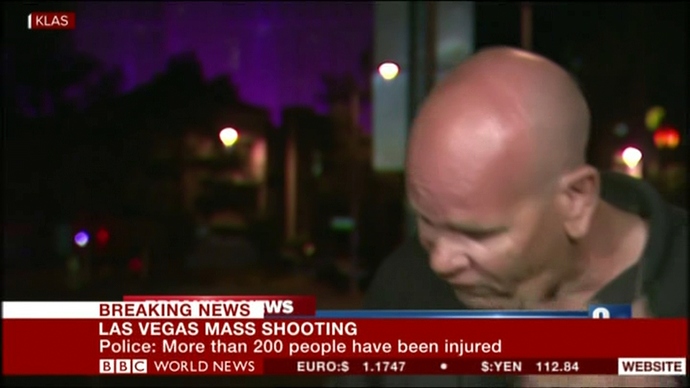 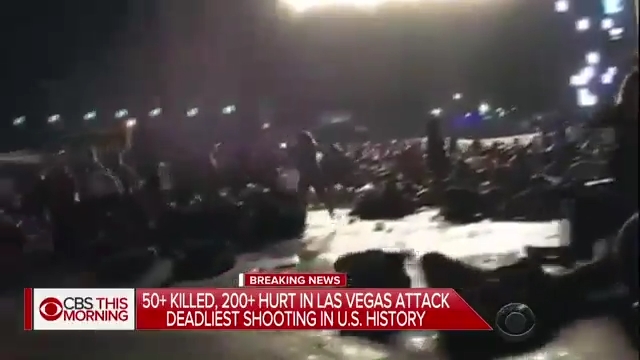 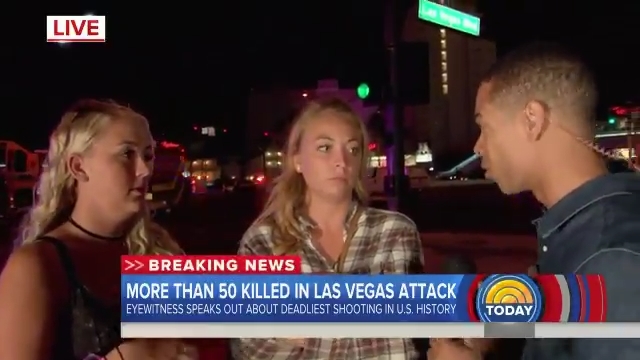 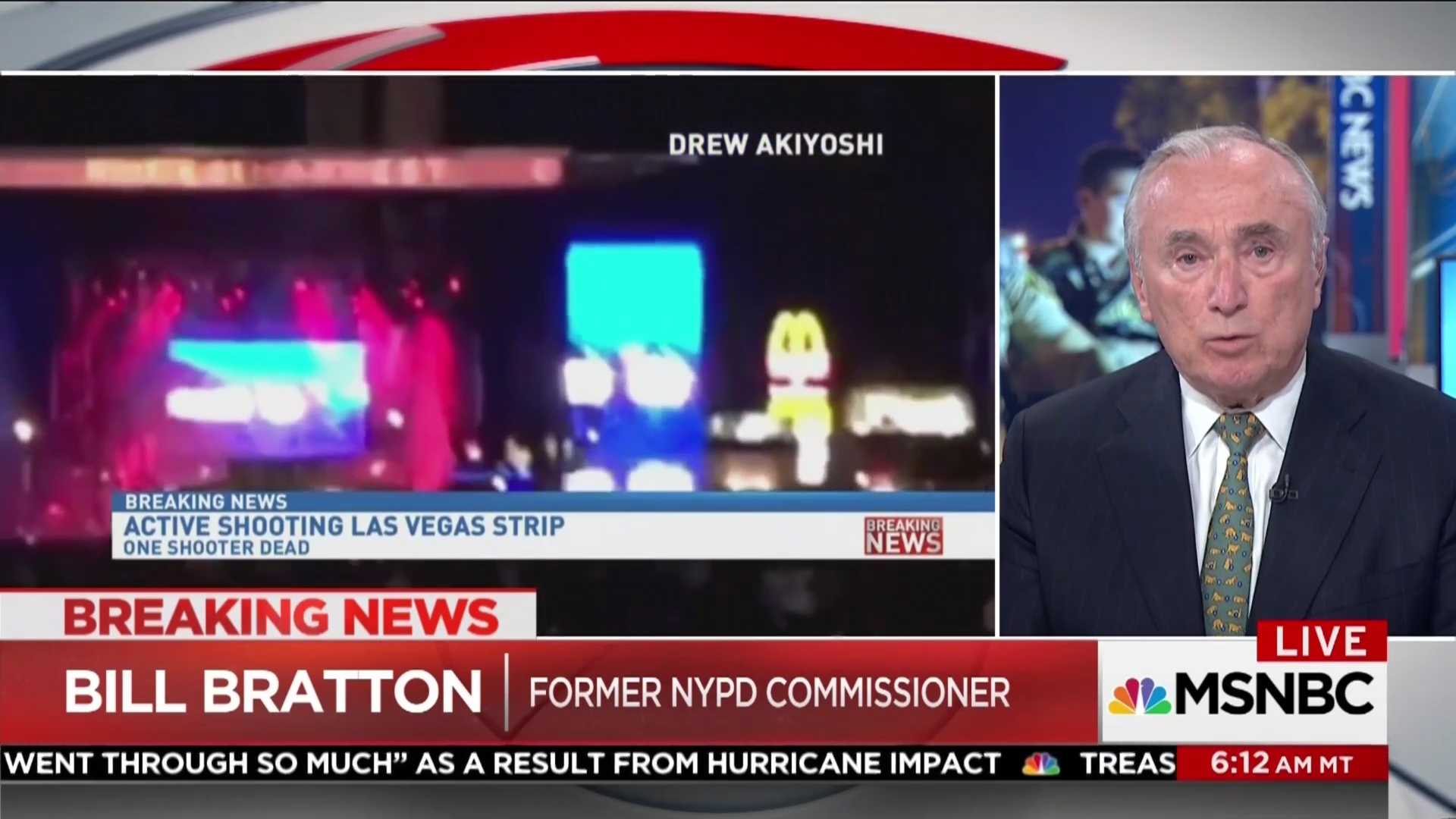 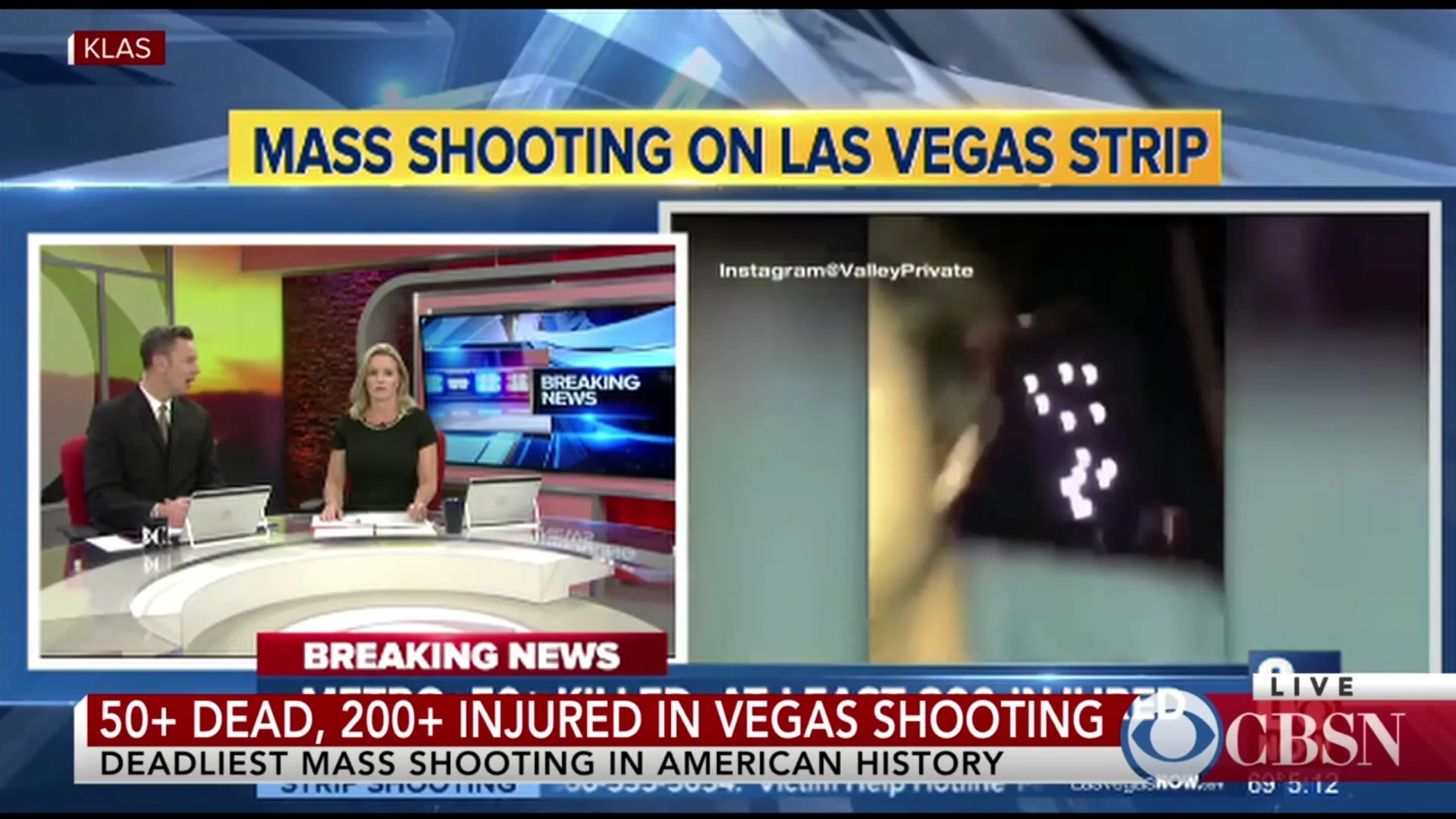 Seven News US correspondent Ashlee Mullany was staying at Mandalay Bay Hotel and was rudely woken up by the loud gun shots. She quickly evacuated and later did a live cross to the Sydney newsroom. FORMER The Sunday Times reporter and Seven News US correspondent Ashlee Mullany was asleep inside the Mandalay Bay Hotel when the sound of automatic gunfire woke her.

Today and Sunrise started at 5am AEDT this morning to cover the shootings.

News Breakfast started at 5.30am AEDT this morning.

The numbers are just horrendous. 500+ people injured. That’s thousands Of family and friends lives’ changed forever. All because of one man.

This really hits me hard. I went to Vegas both this year and last year for a music festival (EDC). Legit one of my favourite places to be, so to see another festival there turn to such chaos so quickly is scary. That put’s me off ever wanting to do anything like that again.

Fix your gun laws America. I know nothing will change but it really is an absolute disgrace. Hopefully the number of fatalities doesn’t increase too much more and those that have passed RIP.

Sunrise, Today and ABC News Breakfast were all live into SA this morning.

I think it was someone here on this forum who said that such events, in light of America’s gun laws, shouldn’t be treated as tragedies but rather inevitabilities.

And the whole idea that a good guy with a gun could stop this is crazy. As soon as someone fires back, he or she becomes the active shooter.