is the mish-mash of sport and talk

Perhaps, but talk in breakfast is necessary.

Breakfast isn’t the problem, although they push the boundaries there with the % of music. It’s the talk in drive and airing cricket matches - that’s the problem. Mick Molloy returns to his spiritual home on Triple M, joining Triple M Sydney for a brand-new show with Mark...

The big question is how often Mick will be in Sydney? Can’t really see it with his commitments with his boys, Tigers, Front Bar etc.

I love the idea of him trying out the Sydney market, but it could end very quickly if they realise he’s phoning it in. But then - will it even matter if MG is doing the same from his place?

The big question is how often Mick will be in Sydney? Can’t really see it with his commitments with his boys, Tigers, Front Bar etc.

Maybe he can go halves with Dave Hughes on a place in Sydney?

How come MG doesn’t go in?

Mick will probably broadcast from SCA studios in South Melbourne while he is in Melbourne to host The Front Bar on Thursday nights.

Another successful year on the way for SCA. Time for them to start clearing out the deadwood and get some fresh programmers in to make great radio brands, great again.

Who says I don’t want to listen to Rock music? Be honest, a lot of what Triple M plays is monotonous and sounds exactly the same. Their ratings and the comments in this (and other) forum echo this.

If Triple M Perth can mix things up a bit, still play rock(ier music), but throw in a few more artists/songs that could possibly help attract new listeners, without pissing off the existing listeners, isn’t that a good thing? It’s not like they’re playing Ariana Grande or Beiber, or anyone like that. The artists they’ve added still have appeal for their core 25-54 males.

What the wider network is doing isn’t working, so they need to try something different, and so far, I’m very impressed with what they’re trying.

Is Mick starting from next week?
https://www.news.com.au/entertainment/tv/radio/mick-molloy-and-mark-mg-geyer-to-host-triple-m-breakfast-sydney-after-jess-eva-axed/news-story/b9a2add01d54064dff8d7b037c4bf7e2

However, Mark ‘MG’ Geyer won’t be going far at all, given he’ll be co-hosting alongside Molloy from next week on the new Mick and MG in the Morning show — a title which has a familiar ring to it, mirroring the former Moonman in the Morning program.

If Triple M Perth can mix things up a bit, still play rock(ier music), but throw in a few more artists/songs that could possibly help attract new listeners, without pissing off the existing listeners, isn’t that a good thing? It’s not like they’re playing Ariana Grande or Beiber, or anyone like that. The artists they’ve added still have appeal for their core 25-54 males.

I guess this is also… without having listened to it, it has hallmarks of the “Music That Rocks” era of about 15? years ago, which sorta fell flat on its face in the markets that mattered at the time. I can’t see them trying that again in Sydney or Melbourne, and probably not even in Brisbane where some people still likely have long FM104 memories. But MMM was a much smaller brand then (probably should still be, but that’s another story).

In an under-served market like Adelaide or Perth, especially a Perth where it’s only existed again for a year or two, and there’s a gap not being filled by 96 (primarily)? There’s no harm in them trying, and maybe they’ll come up with something that may work in some of the larger regional markets too.

Probably won’t make it sound any less schizophrenic though, but that’s almost all FM commercial radio now that packaging things like local breakfasts into a national hour are in vogue. MMM as a brand is surely the worst at that but they’re hardly the only offender.

How hard is it?

Hit should be all about content, glitzy big shows, massive giveaways and the hottest stars.

I wish more FM stations were all about the music.

Smooth shows how music can rate.

And it’s cheap to program.

ACE also do a brilliant job at running a music-based station. Look at the success of 4BH - run of the back of an oily rag.

It can be done and can be successful.

I’d hardly consider Belling to be a good fit for Triple M.

Probably not but I’m guessing she’s involved somewhere in the Listnr side of things which makes it a cheap hire.

I suppose a related question would be will SCA shove them instead of Sheargold in the 3PM daily hour nationally or even in Northern States?

Natasha is on with Steve Price 9:00 to 11:00 on some of the AM Triple Ms and she is a good fit. The Big question is with the new re launch Sydney breakfast show will they do it properly and launch the Perth “real alternative” format to compliment it? Fingers crossed 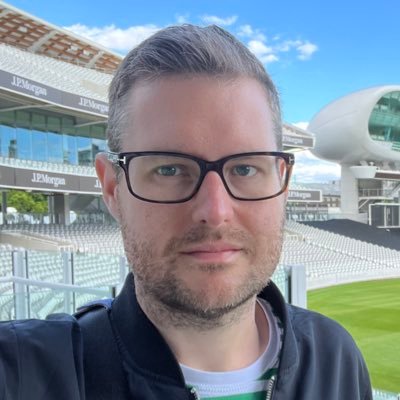 @thetowncrier
The maddening circular communication between journalist and spinner. Here’s @timburrowes trying to get answers on @mickmolloy’s @TripleMSydney shift. Such fun! That’s why they get the big bucks! open.substack.com/pub/unmade/p/b… https://t.co/PB0GKoJcGF 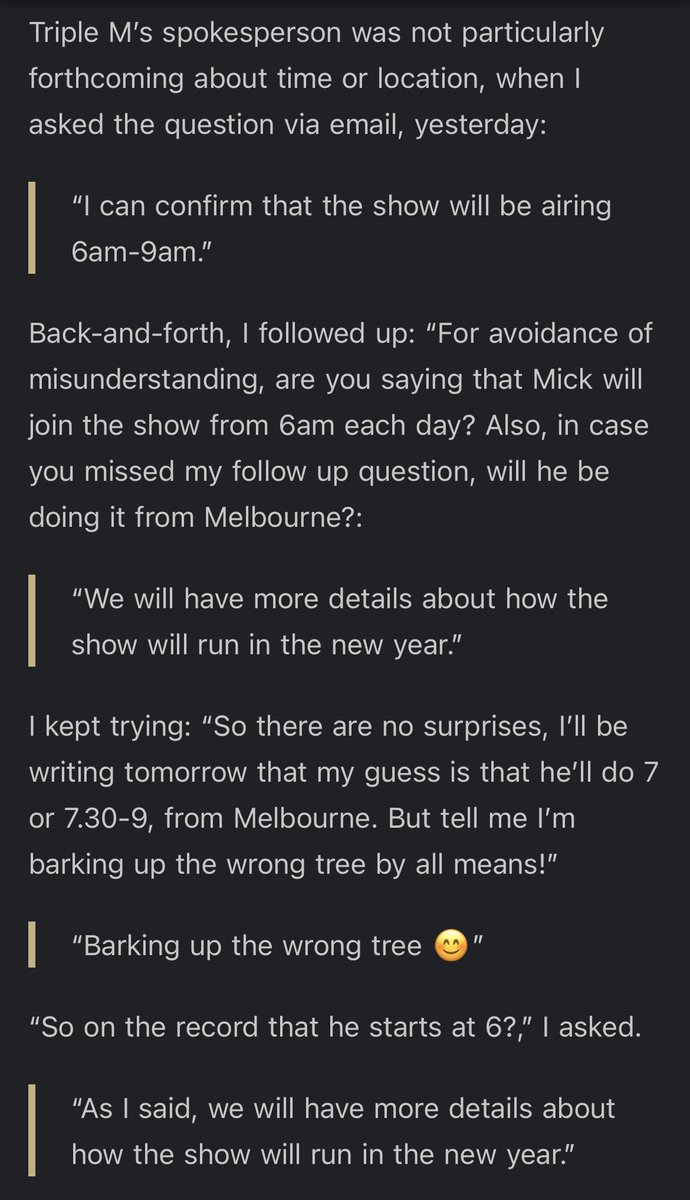 Pre-recorded for next morning?