going by the requirements they are filiming it in the USA. no details on casting, prizes or even if LeBron James is involved with the australian version (He’s executive producer of the USA version)

Man I was hoping this would be a seven-revived hole in the wall.

Amazing that they’re making a telemovie about Mark Ferguson already.

Never knew there was a casting site before…

Event television is set to reach new heights – four stories to be exact – with Seven announcing today it has acquired the rights to produce the world’s hottest new game show, the original US format THE WALL from LeBron James’ and Maverick Carter’s SpringHill Entertainment and Andrew Glassman’s Glassman Media in association with Universal Television Alternative Studio with Endemol Shine Australia, for broadcast in 2018.

THE WALL is a fast, family-friendly game show, that offers ordinary two-person teams the opportunity to win extraordinary money by conquering the towering wall. They will compete for life-changing amounts of cash that can be won or lost in an instant, depending upon whether a ball bounces your way, or a trivia question is answered correctly.

What the wall gives, the wall can take away in this thrilling game created and produced by NBA player LeBron James and Maverick Carter for SpringHill Entertainment and Andrew Glassman of Glassman Media, in Association with Universal Television Alternative Studio and distributed by Endemol Shine Group.

Brad Lyons, Seven’s Director of Production, said: “We are big fans of this show because it has all the hallmarks of a great game. It’s simple yet incredibly dramatic. It’s a show the whole family will watch and kids love it, so it’s a great fit for a broad audience. The Wall changes lives on the bounce of a ball. You can’t turn away.”

Mark Fennessy, Endemol Shine Australia CEO, said: “The Wall is a wildly unpredictable, fast and simple game show where fortunes are won and lost on the bounce of a ball. At four stories high, it’s big time event television at its finest. We’re delighted to partner with Seven in bringing this huge international hit to life.”

Meredith Ahr, President of Universal Television Alternative Studio, said: “When we were envisioning the type of show we would want to develop with the launch of UTAS, we sought a dynamic, engaging and universally appealing format that could resonate across the world. The Wall has proven to be just that and we are thrilled that Australian audiences will get to experience this high energy and completely original game show.”

“We’re proud to see our original format for The Wall making its way around the globe and being embraced by families in every corner of the world,” said Maverick Carter, CEO of SpringHill Entertainment and creator and executive producer of THE WALL. “For us it’s about creating a life-changing experience that can keep every member of the family on the edge of their seats, rooting together for good people with incredible stories.”

“When we created The Wall, it was always our dream to see it played and enjoyed by people all over the world,” said Andrew Glassman, creator and executive producer of THE WALL along with James and Carter. “At the core of the series is a life changing opportunity and the story of good things happening to good people.”

THE WALL premiered December 2016 in the US, delivering an average audience of 6.77 million viewers for NBC, with each episode ranked as the top-rated non-scripted show of the night. The show is now in its second season there, while versions are being produced in France, Canada, Germany and Spain.

Production of THE WALL will commence later this year. Apply now at www.TheWallCasting.com.au

So are we assuming that maybe Larry Emdur is hosting this based off him not being on TMS the last few days?

Not unless they’re shooting it in Vienna, Austria.

Darren McMullen must be due to be handed another game show to host for Seven.

Surely there’d be other potential hosts besides the two that have hosted plenty of different game shows at the network. Give someone else a go.

So are we assuming that maybe Larry Emdur is hosting this

Darren McMullen must be due to be handed another game show to host for Seven.

Axle Whitehead is set to front this later on this year: Axle Whitehead to host The Wall

Upcoming game show for Seven gets its local host.

Good to see someone different involved.

The Australian version will be filmed in Poland. (Wikipedia entry for the Polish version says it is filmed at Studio Transcolor in Warsaw. The Romanian and Russian versions are also recorded there)

Ridiculous for this to be filmed in Poland when the atmosphere created by the studio audience adds to the excitement. I’m sure they’ll be able to find plenty of english speakers in Poland to pad out the audience but I’m not sure they’d get behind the contestants in the same way a local audience would.

The cost of constructing (and dismantling) a set only for a few weeks’ filming must be so expensive that Seven decided the first season had to be filmed in Poland. If it rates well however, Seven will need to seriously consider making the second season here in Australia.

Aussie actor and musician Axle came across the hit show while living in Los Angeles and describes being part of a production that can literally change people lives as a “dream” return to hosting.

“While living in America I’ve become a massive fan of the US version,” said Axle. “The Wall is about giving good people, great opportunities. To be the Australian host, blows me away

“Australia has never seen anything like this,” he continued. “The chance to win millions in one hour is going to have people on the edge of their seats, guaranteed.”

Brad Lyons, Seven’s Director of Production, said: “The Wall is like nothing we’ve seen. Take it on and get it right and you can win big. It’s fun, unpredictable and addictive and Axle is the perfect guy to guide our contestants through the highs and lows of competing against this four-storey money machine.”

THE WALL is a fast, family-friendly game show that offers ordinary two-person teams the opportunity to win extraordinary money by conquering a towering four storey wall. They will compete for life-changing amounts of cash that can be won or lost in an instant, depending upon whether a ball bounces your way, or a trivia question is answered correctly.

Breakout entertainment format THE WALL is an original U.S. format created by LeBron James, Maverick Carter and Andrew Glassman and executive produced by Glassman Media and SpringHill Entertainment in Association with Universal Television Alternative Studio and and distributed by Endemol Shine Group.

THE WALL premiered December 2016 in the US, delivering an average audience of 6.77 million viewers for NBC, with each episode ranked as the top-rated non-scripted show of the night. The show is now in its second season there while versions are being produced in French Canada, France, Belgium, Spain, Germany, Poland, Hungary, Romania, Russia and Italy.

Seven’s latest promo says The Wall will premiere this month. Axle Whitehead is in Poland at the moment according to his Instagram, but even then the show will need a quick turnaround like The Chase to make it to air. Will post production be done in Poland and/or Australia? 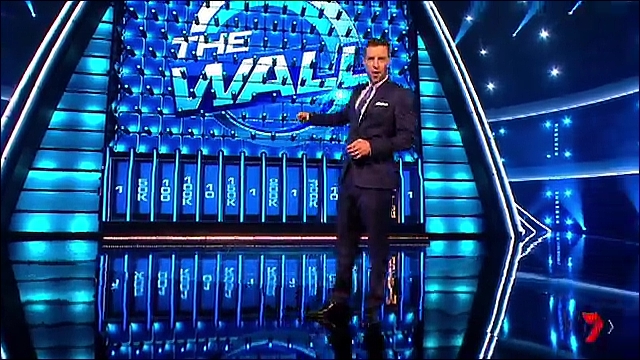 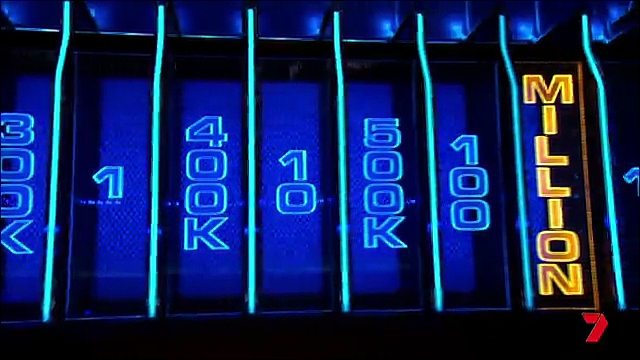 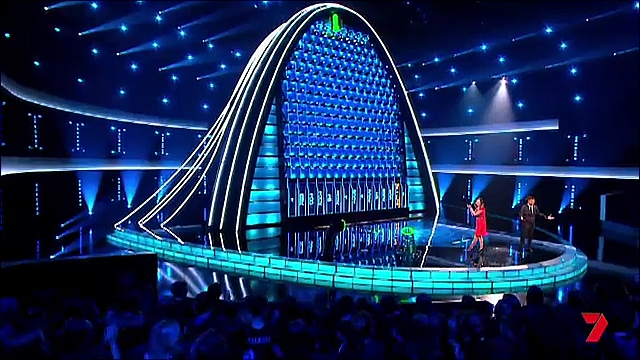 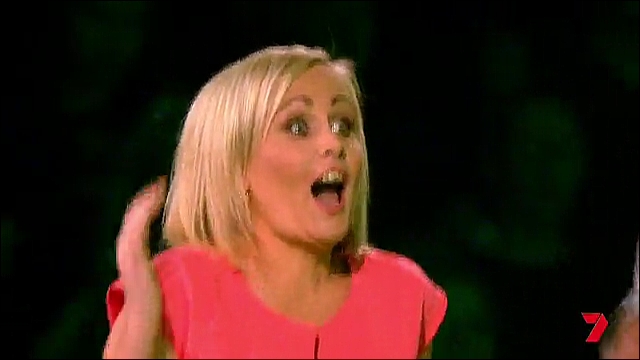 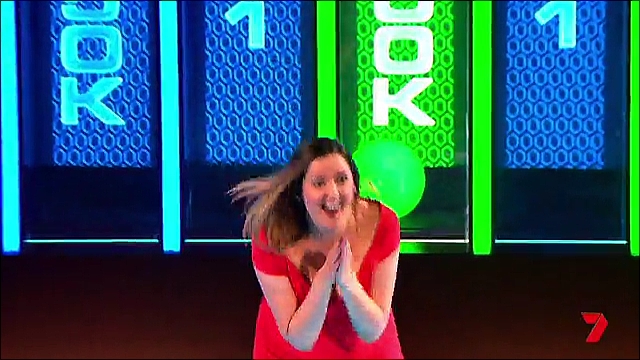 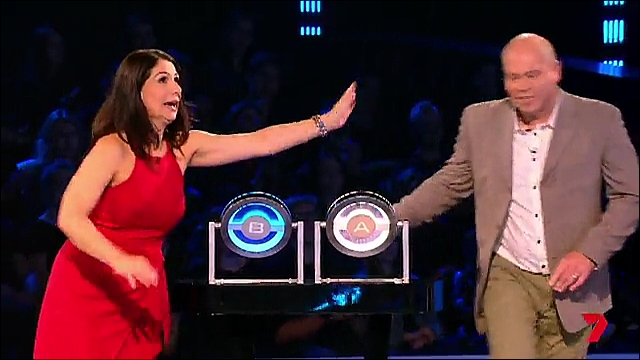 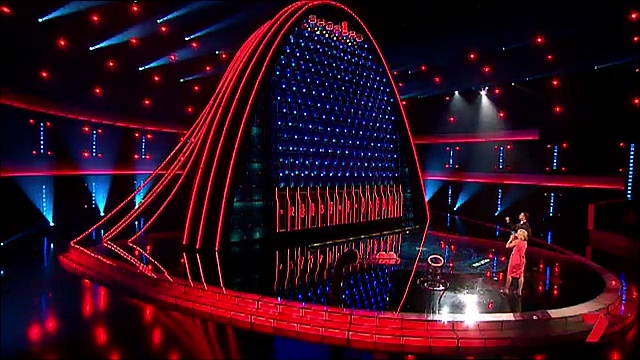 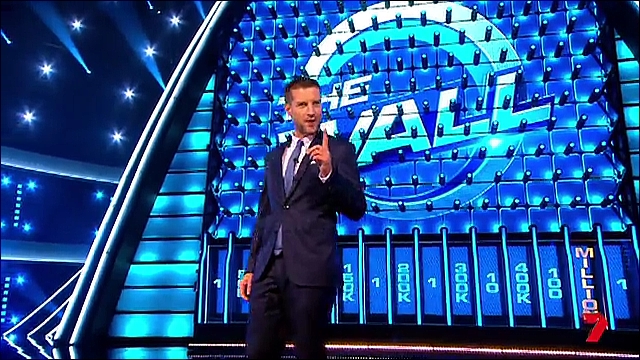 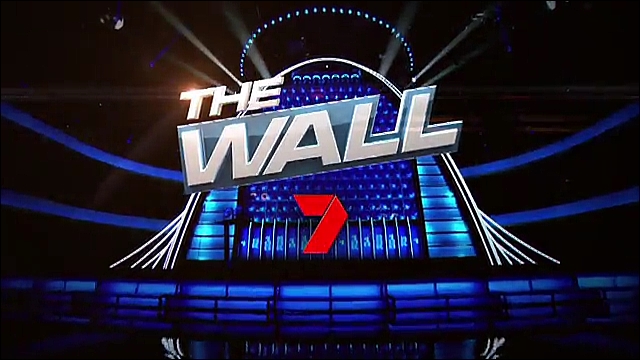 Has anyone else seen the short promos for The Wall that feature what is supposedly ‘The Wall’ from the show appearing from various landmarks in each of Australia’s 5 major capital cities? Like for instance in Sydney it appears from the steps of the Opera House and in Perth on the sand at Cottesloe Beach. I reckon it’s quite cool how they’ve done this for the promos, particularly to try and promote it to individual markets. If anyone has seen this, do you mind uploading caps so I can Brisbane, Melbourne & Adelaide’s version of this. That would be much appreciated thanks

News Corp and The West Australian are holding a viewer competition with a gamecard inserted in next Sunday’s papers (Saturday in WA). Viewers only have to match the numbers with those on the screen during the show and they could win $1 million. Terms say the competition starts on Monday October 30 at 7.30pm and closes two days later, which suggests the show will premiere on the Monday.