When is this show due to start? Can’t wait to see something decent after the disaster of Seven from around July to now.

Looks guaranteed Seven will be using this as a spoiler for the premiere of Food Fight on Nine. Monday, October 30 at 7.30pm.

Looks more like a Sunday night show to me and Instant Hotel weekdays.

But Seven are instead running The Wall on Mondays and Tuesdays. No sign of Instant Hotel next week. Looks like they’re giving Family Food Fight a free kick.

Are you ready for the balls to fall? 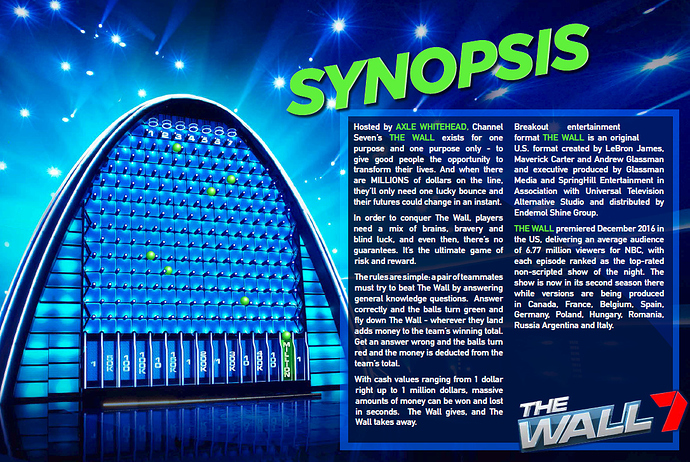 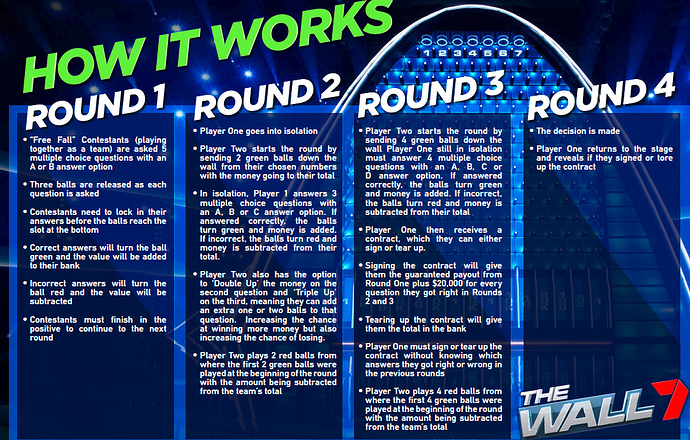 Finally something that looks half decent from Seven.

so here’s hoping this does well for Seven.

Im looking forward to this but worry that it won’t do well because seven don’t have an audience at the moment.

So the first week, they’re screening it Monday and Tuesday and then the next week it’s Sunday and Monday. The audience needs to keep up with constant timeslot changes it seems.

I watched this in the US so I’ll give it a go. It’s a good format. 2 nights a week is not needed though.

Are the audience Polish?

The host sounds like he’s reading lines from a script. Would prefer to have seen someone with a bit more personality host this. Love Chris Harwick’s cheeky presentation style in the American version.

Chris Hardwixk is much better.

The host sounds like he’s reading lines from a script. Would prefer to have seen someone with a bit more personality host this.

Only if the show doesn’t have any flaws.

This sucks. Way too slow paced and over edited.

The only benefit of this is watching the Goggleboxers review this on Wednesday night.