Get set for the Grand Finale

Lachie, Thando, Jordan and Faith have Voice victory within reach

Tonight on The Voice , breathtaking performances and soaring emotions took the Semi-Final to new heights as the artists vied for a life-changing spot in The Voice Grand Finale, 7.00pm next Sunday, 29 May on Channel 7 and 7plus.

Jordan cemented his Grand Finale spot over Cassidy Mackie with an emotional performance of Foreigner’s I Want To Know What Love Is , dedicated to his Nanna. “She took her last breath two nights ago,” he said. “I just know my Nanna is looking down at me right now saying you better come through, so I’m going to do this for her.”

After the announcement, a shocked Jordan said: “My head is still spinning, Guy let’s get to work!”

Keith faced his most difficult decision yet after Thando and Tamworth teenager Lane Pittman took to The Voice stage. The superstar coach said: “You’re storytellers. You’ve both shown huge leaps of growth from the Blinds to here and I think for all of us coaches that’s the number one thing we are looking for: someone that is going to evolve and grow as an artist every step of the way. You have both done that equally. It’s extraordinary.”

Thando secured her Grand Finale berth with a spinetingling interpretation of Ariana Grande’s POV against Lane’s Father And Son by Cat Stevens. Keith scored Thando’s “superb” performance “100 out of 100”. Thando said: “Thank you so much for believing in me. I cannot believe that I am the last woman standing on your team!”

Lachie locked in his Grand Finale spot with a captivating rendition of Déjà Vu by Olivia Rodrigo over Xanthe Campbell’s abcdefu by Gayle. Rita said: “He’s worked so hard. He steps it up a notch every single time. You’re everything one can look for in creating a superstar.”

A visibly shocked Lachie said: “Every week a fire is burning. I just want to keep going and keep going. I have learnt so much but I am just having so much fun. I don’t want this to stop.”

Faith proved she deserved her Grand Finale place after Jess set the challenge to “give yourself permission now to believe in yourself”. Faith’s powerful delivery of Beyoncé’s Listen moved her superstar coach to tears as she took Faith to the Grand Finale over Jael Wena, who performed Dua Lipa’s Don’t Start Now .

A thrilled Faith said: “Wow, it feels like a dream.”

Voting is now open for Australia to decide who will be crowned The Voice 2022, taking home $100,000 prizemoney and a recording contract with Universal Music Australia.

The Voice ’s top four artists have each released a new original track ahead of the Grand Finale. The singles were selected in collaboration with each artist, who worked with high-profile producers and songwriters to showcase their incredible voices. From power ballads to pop with attitude, the singles are available to stream or download now.

Faith Sosene Words You Should Have Heard

Thando Sikwila The Other Side

Next Sunday night, the show-stopping Grand Finale will see the final four artists take to The Voice stage for a spectacular duet with their superstar coaches, as Australia decides who will be The Voice 2022.

Some of the song choices are horrible. Who chose the HBF song?

Even in the previews for the finale, very boring choices.

Who chose the HBF song?

That was Buddy, the quokka.

Interesting that Guy and Keith had to choose their grand finalist halfway through the semi-final, instead of near the end of the episode after everyone had performed. 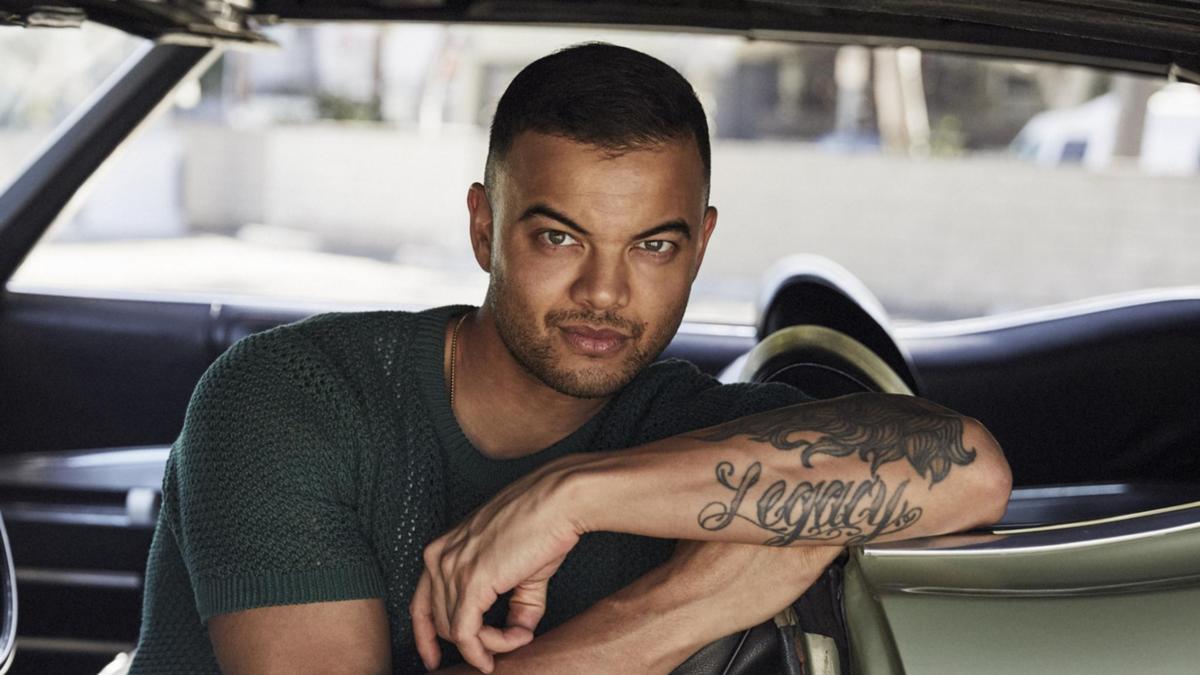 The Voice judge Guy Sebastian sent an email to his ex-manager calling female audience members “fat feral women”, a court has been told.

Honestly, the more info that comes out about Sebastian, the worse he looks. 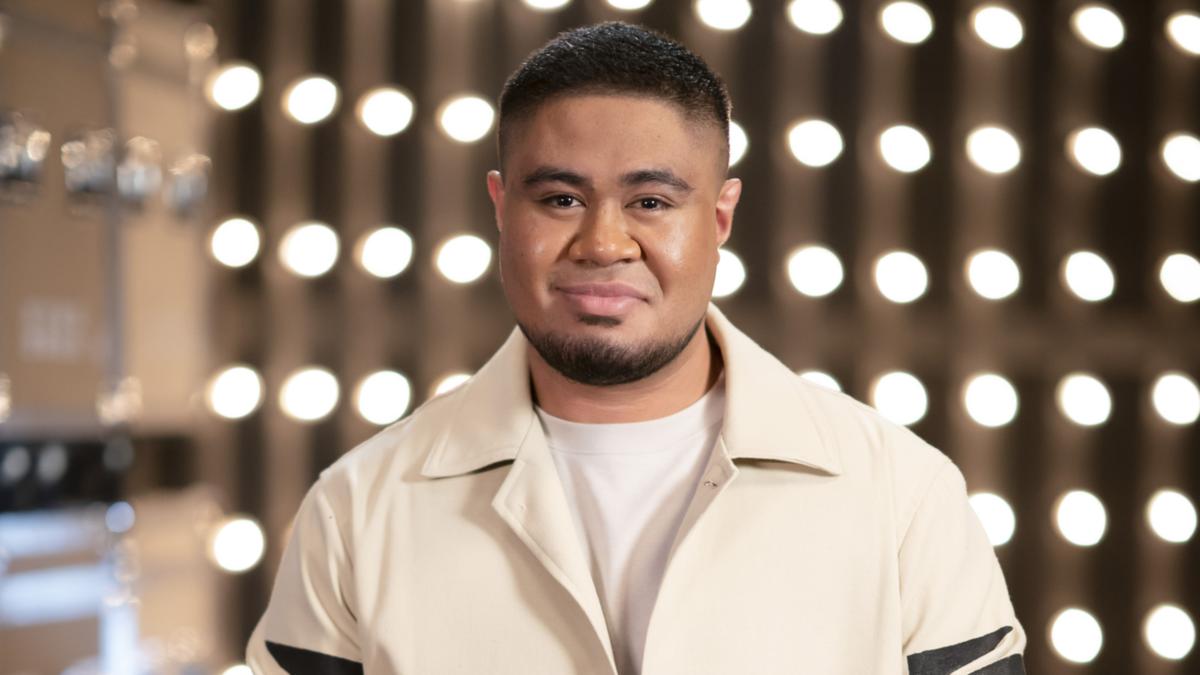 The only way Jordan Tavita can describe his experience on The Voice is with a mind explosion emoji.

Lachie is The Voice

The votes are in and Australia has chosen former football player and P.E. teacher Lachie Gill as winner of The Voice 2022.

Alongside The Voice crown, the 24-year-old Victorian won $100,000 prize money and a recording contract with Universal Music Australia.

After host Sonia Kruger revealed the life-changing result, a shocked Lachie exclaimed: “Oh my god! From the start, I just never, ever would have expected this. I’m just blown away. Thank you so much. Wow. Thank you.”

Coach Rita Ora said: “You did all of this. Australia, thank you, thank you, I love you. I feel like this is just the beginning for you. Congratulations. I’m so happy for you I can’t breathe!”

Rita said: “Lachie is in a league of his own; he’s the ultimate storyteller and has the ability to capture the audience and have them go along with him. He sings like it’s the last time, every time.”

Proud coach Rita beamed: “My whole body was floating I can’t believe how amazing you are. This is everything The Voice is about; you are the modern star that we need today.”

Rita joined Lachie on stage in a “pinch me moment” to perform Always Remember Us This Way by Lady Gaga, a fitting moment as a new The Voice star was born.

Lachie paid tribute to his coach: “You’ve given me challenging songs, but you’ve always said, ‘Don’t try and be someone else, just do it Lachie’s way.’”

The #1 entertainment program of 2021, The Voice in 2022 has an average total audience of 1.38 million viewers nationally and has reached 8.2 million viewers on broadcast, with an additional 1.12 million on 7plus.

And another The Voice winner wanders off to the wilderness.

I think this year’s winner has the most potential as a recording artist … the others seem much the same, and fall into the same league as Casey Donovan, Paulini etc … more like singers of cover songs, stage productions etc… but that’s just my opinion.

I must say the winner was not what I had expected.

While the grand final was another spectacular, the money wasted on elaborate sets (e.g. water fountain and faux marble columns during Lachie’s rendition of Time After Time, and the maze-like building set for Jessica and Faith’s duet) could have been better spent on live telecast of semi-final and grand final. And that means bringing back Keith and Rita to Sydney for three weeks of mentoring mid-year. Seven and ITV Studios shouldn’t be fearful of international border closures in 2023.

I think you underestimate the cost of bringing the judges back compared to the cost of building a set. I’m sure it would have been ten times more expensive to do what you suggest.

I think you underestimate the cost of bringing the judges back compared to the cost of building a set. I’m sure it would have been ten times more expensive to do what you suggest.

Nah, Rita doesnt seem to be doing much just holidaying and hanging out with Takai. Keith is in the country more than USA and if he wanted his new song to be premiered as part of this contract he could come back for it.

Coordinating the schedules of the four mentors to come back for another visit is a different issue to the costs involved.

It should be noted that Nine dropped the show because they said it was expensive and becoming less viable with ratings dropping. When Seven picked up The Voice, they said that they were going to produce it on a budget, which is why they film it all at once and don’t stretch it out over the year.

But filming it all at once, including multiple endings for the grand final, means we don’t get to see the genuine reactions from the winner and their coach when Sonia makes the announcement. That is why I have been calling for the return of live telecast of the grand final, plus the semi-final if situations allow.

means we don’t get to see the genuine reactions from the winner and their coach when Sonia makes the announcement.

The best thing 7 could do for the genuine reaction is to do something similar to Big Brother where they have the top 4 for a live reaction.

I would personally prefer the pre-recorded reactions than that.

7 would never do the voice live. So that’s realistically the only option for a genuine reaction

I hope they’re not suggesting that this means they might not have got the correct winner. It’s not Seven’s fault that people are dumb and can’t read a number.

Also, to all those morons going “oh once again another white person wins etc etc”. Blame that on your fellow citizens as the viewers voted for the winner.

Most people voting would be young female viewers and you could have guessed weeks ago that Lachie would win. Especially with Rita gushing all over him every week.

What a load of rubbish.
How do we know other people with similar numbers weren’t also sent a text in error… what a beat up!

And as for 3 “people of colour” not winning… does that mean that Lachie should not have been considered because he isn’t “of colour” … that’s hardly fair … again, a beat up. 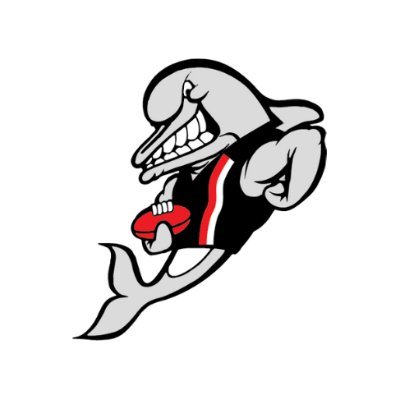 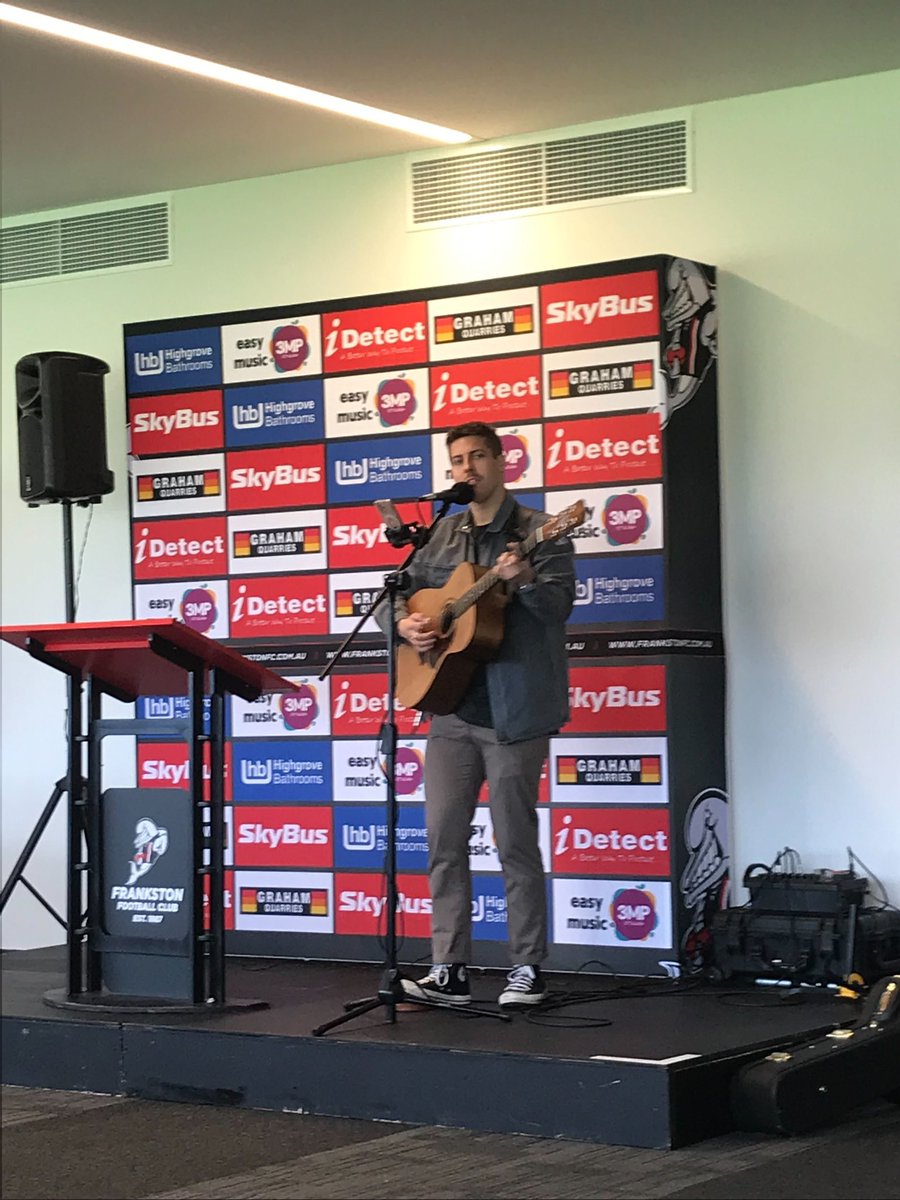 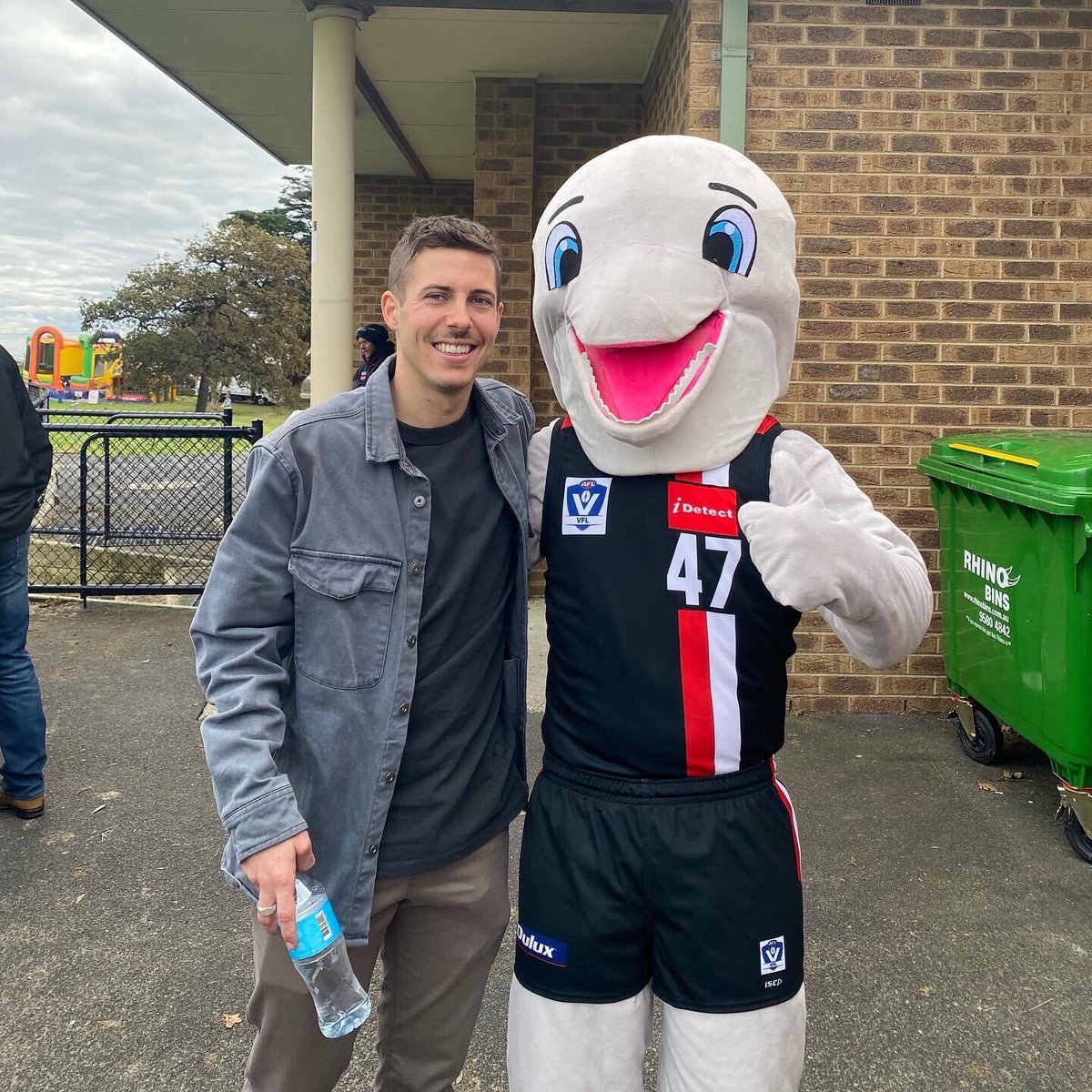