If they don’t have a pre-midnight timeslot, it generally does not run.

I get that. It was just odd that the movie was on in the first place.

It wasn’t ever in the schedule. The movie finished post midnight. 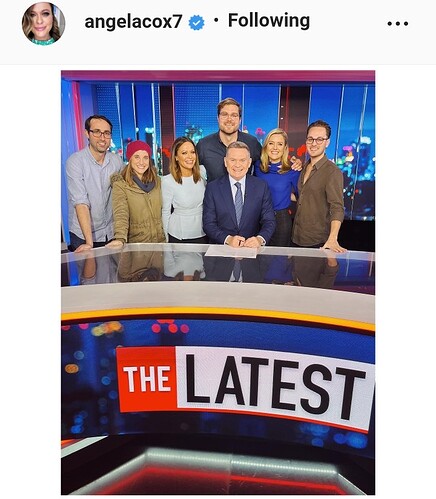 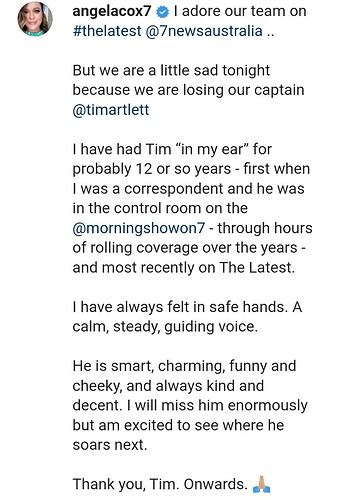 Time for The Latest to update it’s graphics to be consistent with the rest of 7News.
Maybe the graphics could be like Sunrise graphics minus the orange, perhaps that could be blue instead to be consistent with the evening feel.
Perhaps the 7 and Latest logos could alternate like the 7 and sunrise ones do.
The blue “latest” transition that is used in the opener has always looked out of place. The fonts used for “Final Frame”and the “coming up” OTS have always been different to all of the other fonts used.

They used a “live” shot of Sydney Harbour for the weather tonight which — at least to any Sydneysider — clearly wasn’t live as it showed the Vivid light show still operating despite the lights turning off 35 minutes beforehand at 11pm.

Watched 9 Late News last night and it’s extremely ordinary in every aspect. The Latest is so much more polished and professional. I’d love to see it scheduled earlier and realise it’s potential. And we’re only talking an hour. 10/10.15.
Not so long ago (well maybe a little while!), networks used to schedule live variety starting at 9.30/10.30.

The Latest is so much more polished and professional.

Definitely needs better treatment. In contrast to the hype this program once held, I wouldn’t think many members watch it now. Particularly because its schedule is so inconsistent!

The Latest is so much more polished and professional.

I wouldn’t say 9’s offering isn’t as “polished” or “professional”. Quite the opposite - they’re both just different formats. Unfortunately for 7, their format doesn’t resonate with viewers as much as 9’s does.

I rarely see it these days. Often way to late for anyone working the next day.

Disagree with both of your assessments. In regards to the second, I think The Latest does resonate very well with viewers but as I’ve always said, is scheduled too late to realise it’s potential, and a larger audience.

Watched The Latest for the first time in a long time tonight. Does anyone find it’s painfully drawn-out with unnecessary segments? Example – Usher spent several minutes talking to a TikTok “sensation” about lawn mowing… like, really? Give me 9’s straight forward news bulletin any day over this fluff.

Was that featured near the front of the bulletin or later? I believe Nine also have some similar human interest/tabloid stories in the late bulletin but they’re placed before finance and weather which is more appropriate.

Haven’t bothered with The Latest in ages thanks to Seven stuffing and fluffing around with the timing of it.