I find the chair used for the special guests next to Andy’s desk very cheap and tacky. Surely they could’ve built a bigger podium for Andy to fit both of them or build a separate stand for the guest?

The hit new series will return in 2022, so for your chance to have your say and join the cast, sign up here.

Hopefully they’re gonna tweak the show a bit to make it more engaging because at the moment it’s confusing and boring. 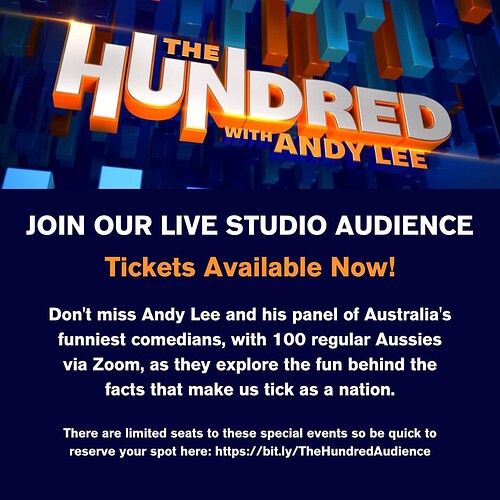 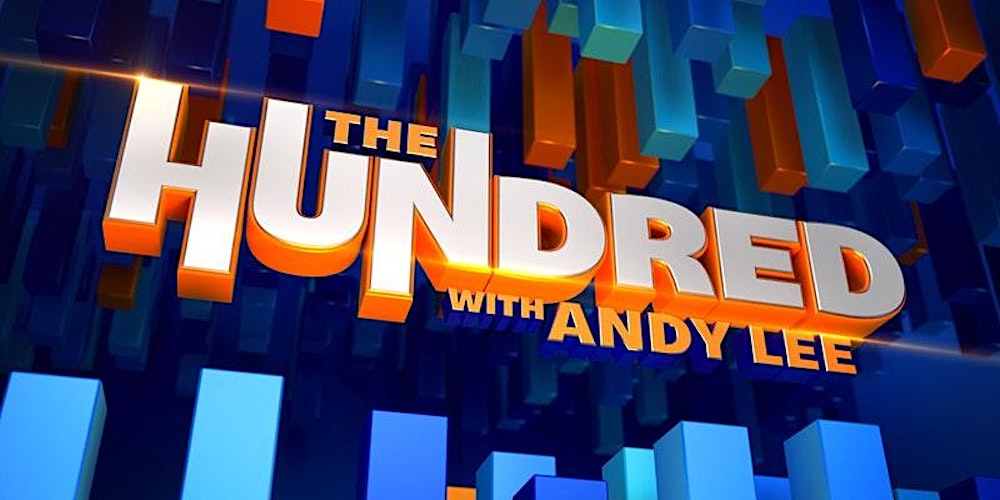 Endemol Shine Australia and Channel 9 are inviting you to be apart of a very special event. 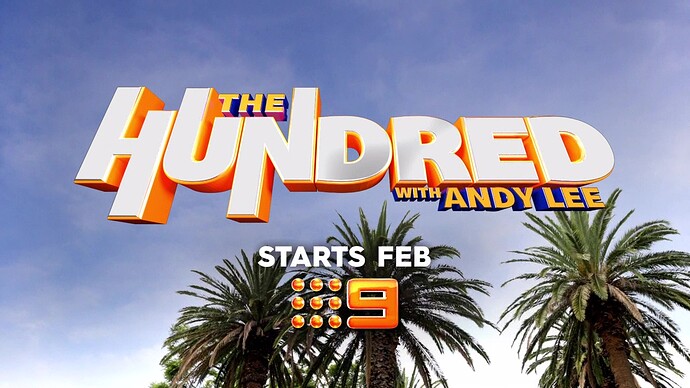 Hopefully this will be an opportunity for Nine to tweak this into an ‘8 out of 10 Cats’ style show with the panelists being asked about facts and statistics about the world with a comedic edge. Incorporate the Zoom audience to contribute about what is trending conversation wise etc. They could even do a bit of QI and have rounds where obscure facts can land you points and obvious answers lead to deduction etc.

Knowing Nine they probably won’t even consider these but still.

Andy Lee is back to reveal what Australia really thinks 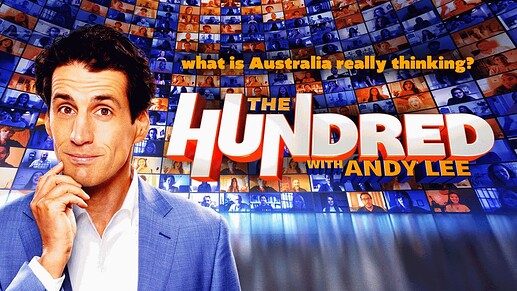 The show that knows everything about everyone

After a stellar debut season, The Hundred with Andy Lee is back in 2022 with 100 everyday Aussies and some of our funniest comedians to find out what the country is really thinking.

Handpicked to represent the demographic makeup of Australia, “The Hundred” will be polled live via Zoom to give us the stories behind the stats, while three comedy panellists battle it out on each episode to see who knows Australia best.

This season The Hundred will tackle more of society’s important questions like: How many Australians are flat-earthers? Would you vote if it wasn’t compulsory? And some not so important though intriguing ones, such as: How many Australians have hooked up with their housemate? How many people have blamed their kids for something they did themselves?

Andy Lee said: “I asked Australia whether they wanted the show to come back and it came back with 95% “YES”. I can only assume that 5% worked for rival networks.”

Whatever story is gripping the nation, we’ll be able to find out what Australia really thinks about it as The Hundred with Andy Lee tackles the big weekly talking points in a funny and irreverent way.

There's one question Andy Lee keeps getting asked about his new show, but there were much bigger tech challenges in bringing his Nine show to life.

The show, in which celebrities try to correctly guess popular answers to questions posed to the ‘100’, partnered early with Zoom and Video Technology Company TDC. While the first season was produced in Sydney, the show has now moved to NEP Studios in South Melbourne.

Andy Lee told Herald Sun yesterday that season 3 would commence filming in Melbourne in August this year, saying he wanted to utilise the comedic talent in the city.

Andy Lee told Herald Sun yesterday that season 3 would film in Melbourne in August this year, saying he wanted to utilise the comedic talent in the city.

I believe season 1 was Melbourne, season 2 was Sydney due to continuing COVID restrictions in Melbourne.

I believe season 1 was Melbourne, season 2 was Sydney due to continuing COVID restrictions in Melbourne.

Think it was the other way round. Season 1 was Sydney and then 2 was in Melbourne.

Andy Lee series on Nine is getting a European adaptation.

It’s interesting how Free to Air television is in decline in Australia, while in Greece this seems to be a golden era for television. They produce do many dramas, comedies, entertainment, reality and game shows. With less than half the population of Australia, thry really put usvto shame.

Just about every international TV show has had a Greek version made. They have even been able to turn some average teality, entertainment or game shows into massive long funning hits. Reality shows like The Farm, The Bar, Your Face Sounds Familiar and game shows like Rouk Zouk and Still Standing.

They are even subjected to remakes of scripted shows like Mrs Brown’s Boys, which is called Super Mammy. 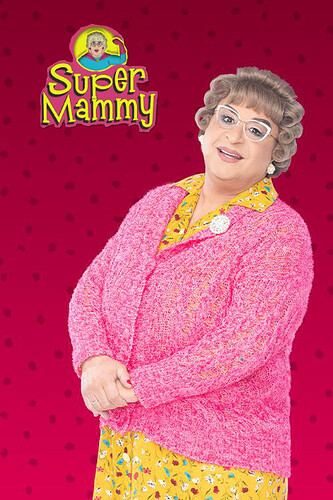 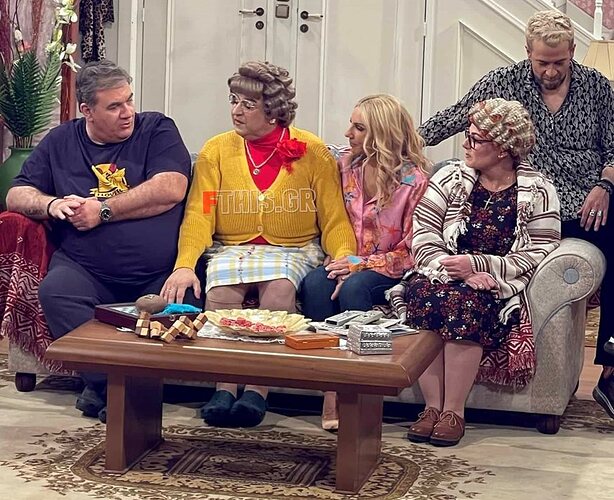 It’s interesting how Free to Air television is in decline in Australia, while in Greece this seems to be a golden era for television

A lot of different economic factors in play in Greece - including the comparatively low penetration of internet in households as well as the financial crisis of around a decade ago there.