A new game show coming to Nine later this year to be hosted by Andy Lee. 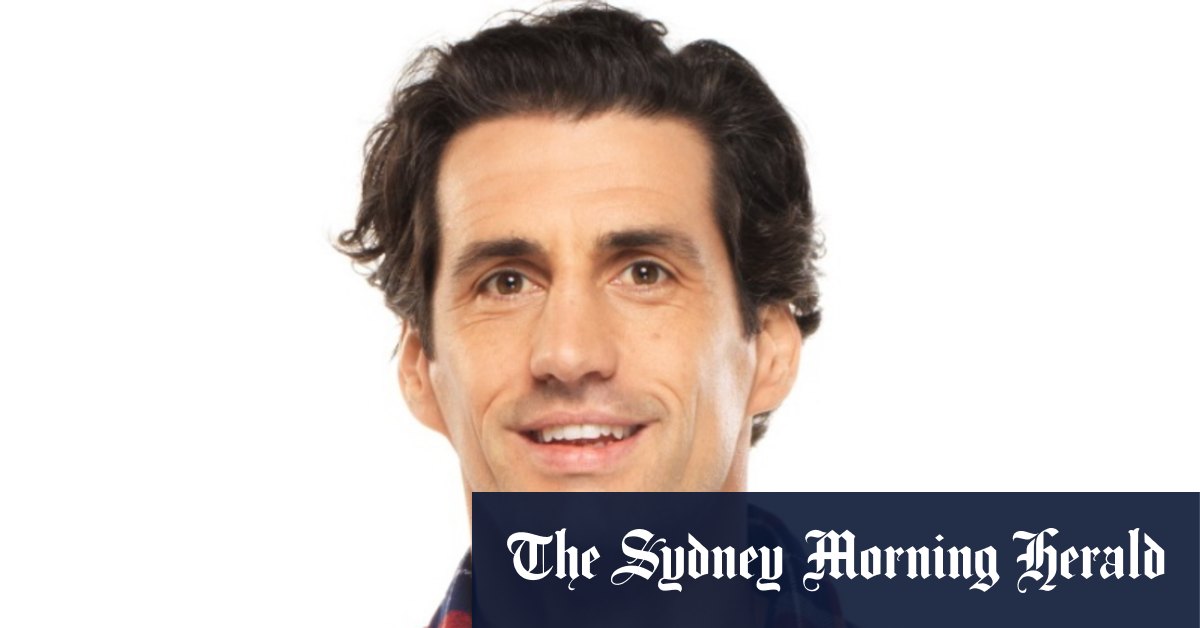 The experiences of 100 Australian families will put statistics to the test in Andy Lee’s forthcoming comedy show.

The show needs a better title. The Hundred is uninspiring and bland.

That probably means The Cube is no more.

For a second, i thought that Nine had acquired free-to-air to the Cricket competition.

Could also be described as a Panel Comedy show, after reading the article.

At the bottom of the story it has a casting email address, looks like the series is produced by Screentime.

To be part of The Hundred , email: casting@screentime.com.au

The explanation of the show is a little confusing

The first recording date is 8th of July.

Applications are now open for casts. 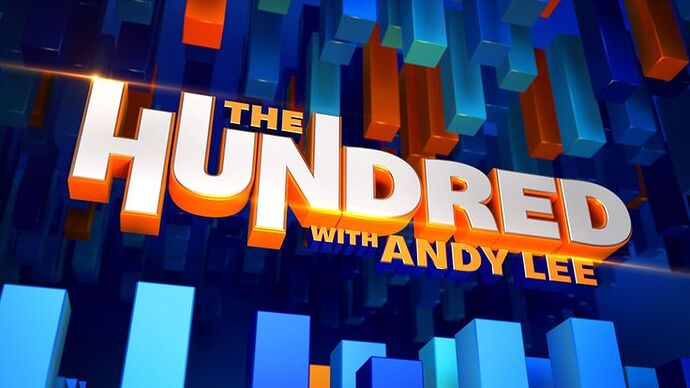 ** AUSTRALIA ** Screentime is producing an exciting new prime-time comedy show for Channel 9 hosted by Andy Lee called “The Hundred”. We showcase a zoom audience of 100 regular people to unpack the stats of the week. It’s a fast-paced, light-hearted look at opinion polls, thanks to The Hundred’s ability to vote on any topic Andy throws at them. How many of our hundred have had plastic surgery? Do any of them really like anchovies? How many of them have been involved in an office romance? The more we find out about The Hundred, the more we get an honest snapshot of Australia!

Once the stats are compiled, Andy and our guest comedians will get the hilarious stories behind those stats!

Do you want to be part of The Hundred? Fill in our short questionnaire here www.thehundred.live 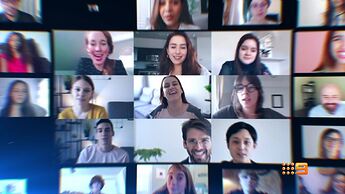 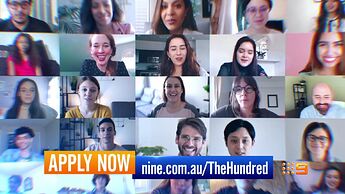 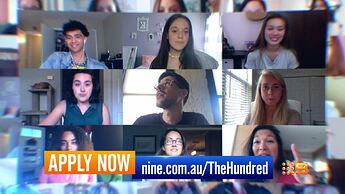 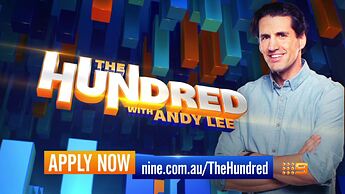 That promo was on SCA Nine Canberra on Friday afternoon.

Here is the promo video

BlAndy hosting another show. He does not have what Hamish has to host solo.

Andy is a great host with Hamish, on The Cube and Front Bar. On this, judging by this promo, not so much as he seems to lack that passionate punch like Hamish does.

Channel 9 will gauge the pulse of the nation when The Hundred with Andy Lee premieres next Tuesday.

In this weekly one-hour, prime-time comedy panel show, Andy is joined by 100 everyday Aussies who Zoom into the studio from all over the continent to tell us what the nation is really thinking.

Handpicked to represent the demographic make-up of Australia, “The Hundred” are standing by to be polled live and give us the stories behind the stats while three comedy panellists battle it out to see who knows Australia best.

How many Australians have been arrested? Have you ever dumped your partner by text? How many of us believe in God? Have you ever parked in a disabled spot? Who has never tried Vegemite?

The Hundred with Andy Lee tackles the big weekly talking points in a funny and irreverent way. Whatever story is gripping the nation, we’ll be able to find out what Australia really thinks about it.

Joining Andy every week will be comedian Mike Goldstein, along with a selection of other comedians and celebrity guests including Tom Gleeson, Hamish Blake, Becky Lucas, Rhys Nicholson, Sophie Monk, Sam Campbell, Nikki Britton, Aaron Chen and many more.

For your chance to have your say and join the cast of The Hundred, sign up here.

The Hundred is an original concept by Screentime Australia and Andy Lee, produced in association with Channel 9.

Should this thread be renamed “The Hundred with Andy Lee”? TV guides imply that’s the official title which I found interesting but I’ve seen “The Hundred” used interchangeably as well.

I think The Hundred is fine.

10 also added Andy’s name to The Cube on occasions too, it’s just for recognition.

Same timeslot as The Weakest Link, not sure what to make of that.

"Funnier than filling out a census form" | TV Tonight