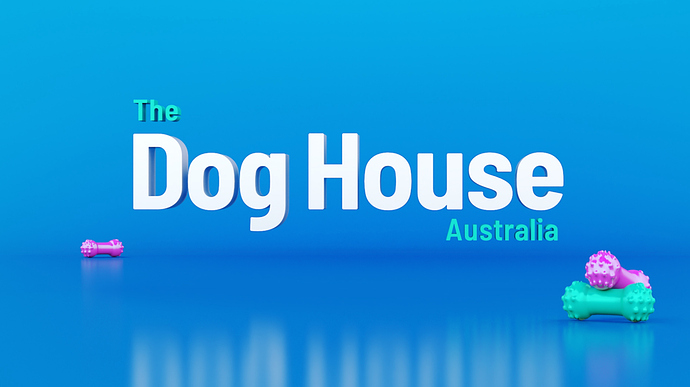 A Round Of A-Paws. The Dog House Australia Is Here!

Earlier this year, we enjoyed the heart-warming stories of rescue dogs living happily furever after with their new families in the popular UK series, The Dog House.

In news that has pricked up the ears of dogs all over Australia, Network 10 today announced a local version of this pawsome documentary series will be coming to screens in 2021.

The Dog House Australia will take viewers on an emotional journey where vulnerable dogs go from abandoned… to adopted… to adored.

Each week we’ll follow the dedicated carers at The Dog House as they undertake a thorough match-making process between pawtential pooches and Aussie families, couples and individuals looking for a new four-legged friend.

And while matches don’t always go to plan, the team at The Dog House Australia is always striving for the pawfect match.

Network 10 Head of Programming, Daniel Monaghan, said: “We really are thrilled to be making our very own production of The Dog House . There is nothing more wonderful than watching a team of devoted matchmakers pairing homeless dogs with hopeful companions.

“ The Dog House Australia is destined to be the most joyous and feel-good series of 2021.”

You’ll be heartbroken by tails of abandonment, but elated to see the bonds that form between these once timid pooches and their new furever families.

Every dog will have its day when The Dog House Australia hits screens in 2021.

I wonder if the show will be based on a small sized dog shelter run by a local council, or a larger, better known adoption hub like Lort Smith or The Lost Dogs Home in Melbourne?
This show could air on Thursday post-8.30pm in between seasons of Gogglebox.

Are you ready to meet the newest member of your family? 🐶 The Dog House Australia is casting! Everyone needs some puppy love in their life. Apply via thedoghouseaustraliacasting.com.au https://t.co/eSKjWRXOPX 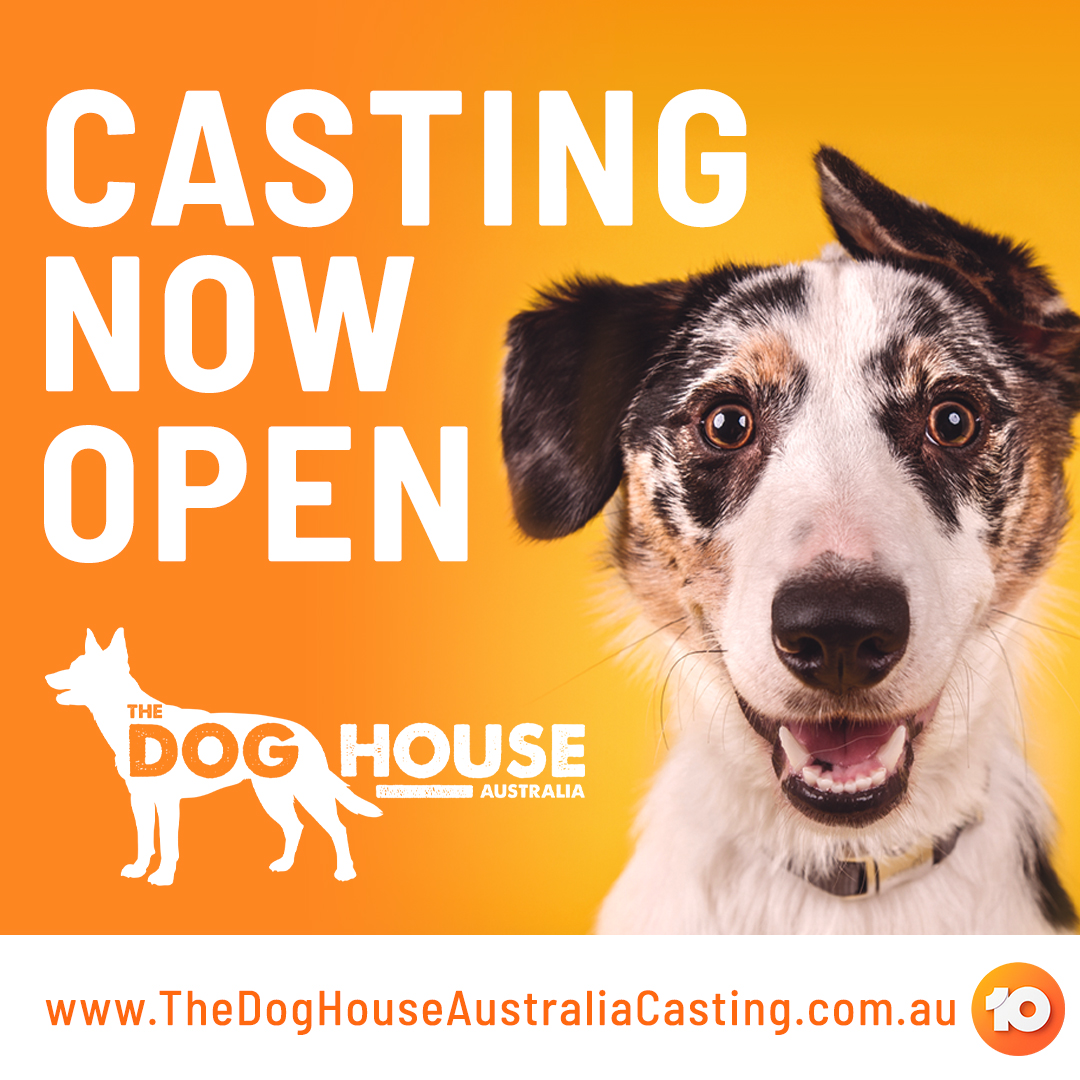 The original season (was it the UK version?) aired earlier in the year on ten on Saturday nights to some success. Alongside new eps of Ambulance UK , the only two shows that had some success on a Saturday night for Ten. Lol.

Saying that, i can see the Aussie show airing on Thursdays before Gogglebox airs, or on Friday nights, before The Living Room begins. Keeping up with the factual/lifestyle genre throughout the year.

Interesting that this show will be produced in-house by 10, possibly by the same production team (might be the only one they have?) behind The Living Room.

Also new in 2021 is a local version of The Doghouse to be produced in-house. Based on the UK series it centres around match-making lost dogs with new owners.

“There were so many dogs adopted and bought during lockdown across the country that it feels like the right time for people to see this. It’s so sweet and gentle, very much a Gogglebox style show where dogs are matched with their new owners.” 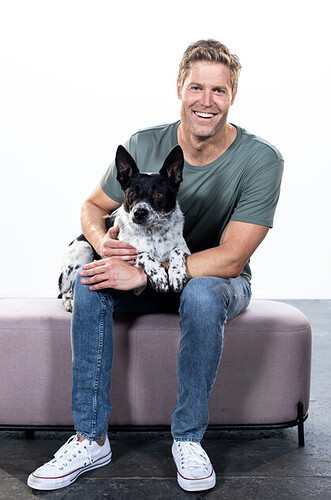 It’s time to sit, stay and hold as The Dog House Australia announces a couple of treats.

The Dog House Australia has teamed up with the Animal Welfare League NSW, to find furever homes for homeless doggos. And, there is only one man who can take viewers on the emotional journey where vulnerable dogs go from abandoned… to adopted… to adored. And that pawson is Dr. Chris Brown.

And if this news hasn’t made you sit up with ears on high alert, this surely will. The Dog House Australia is currently searching for families and individuals who are looking for a cute wet snoot to boop.

Simply head to www.TheDogHouseAustraliaCasting.com.au to begin the process to find your pawfect match.

On helping his furry counterparts find their people to love, Dr. Chris Brown said: “If the last 12 months have taught us anything, it’s that the pure joy, companionship and Zoom call cameos a furry family member can bring us is priceless.

“So I can’t wait to help bring the stories of brave rescue doggos as they embark on the most important journey of their lives; into their forever homes. Prepare to let your love for these dogs off the leash.”

Animal Welfare League NSW CEO Mark Slater said: ‘We are excited that the partnership with Dog House Australia will see an increased love for dogs and animals. We believe that millions of Australians will contribute towards a kinder and compassionate society through this opportunity.’

Based on the popular UK show, The Dog House Australia will follow the dedicated carers at the Animal Welfare League, as they undertake a thorough match-making process between pawtential pooches and Aussie families, couples and individuals looking for a new four-legged friend.

Whilst I’m not a fan of the fact that yet again 10 are using Chris Brown instead of other talents (for example, Mike Larkan would suit this show perfectly), it makes sense considering he has experience working with animals and he would fit the show and what it’s about.

Do you have to whinge about everything? lol

Where is the positive stuff?

In an interview with Mediaweek about the new season of The Living Room, 10’s head of popular factual Sarah Thornton briefly mentioned of The Dog House Australia.

We have a brilliant team with Sally Joyce as our co-executive producer who has come across from Foxtel and our series producer Samantha De Alwis, working with Nic Rogers our supervisor EP and a brilliant team of factual entertainment producers.

We have commenced our build over at the Animal Welfare League and it’s going to be a beautiful show. We are mid-casting and the cast that is coming through has real heart and emotion, and the stories we have coming through deliver on that.

Ahead of The Dog House Australia’s debut, 10 is showing season two of the original UK version from Saturday April 10, according to a new promo shown tonight. 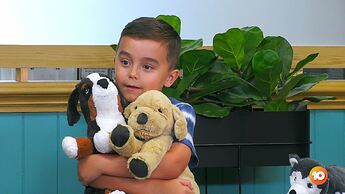 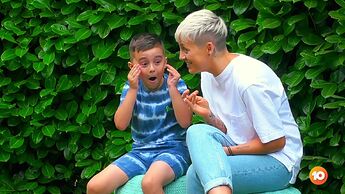 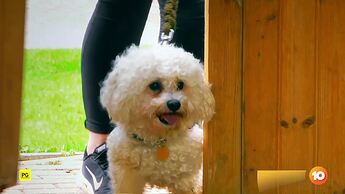 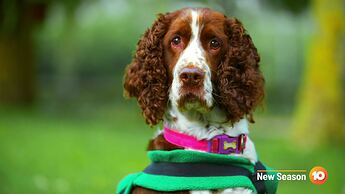 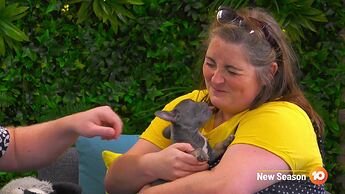 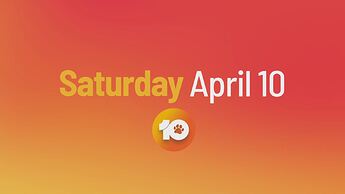 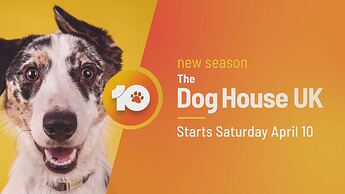 This has to be one of the most delightful shows and seems to do ok for a Saturday night. If 10 can get the feel right I’m predicting the local version will do well as a heartwarming alternative to the reality fare. Sniffing around for a new love story? Then look no further than The Dog House Australia, coming soon to 10 and 10 Play On Demand. Cue Animal Welfare League NSW, a picturesque doggy sanctuary where people come in search of a soulmate....

Australia, It’s Time To Fall Head Over Paws In Love.

The Dog House Australia. Coming Soon To 10 And 10 Play On Demand.

Sniffing around for a new love story? Then look no further than The Dog House Australia , coming soon to 10 and 10 Play On Demand.

Cue Animal Welfare League NSW, a picturesque doggy sanctuary where people come in search of a soulmate. Putting their best paw forward, are loveable four-legged singles who aren’t broken and don’t need fixing, all they need is love. Who will finally bark up the right tree and find themselves a fur-ever home? 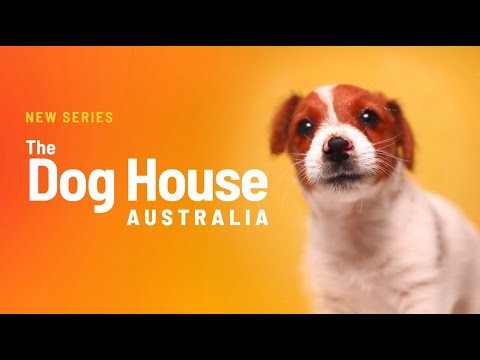 Considering this is an in-house production, would be great to see 10 pump out a few of these cheap but cheerful ob-doc type series for their schedule throughout the year.

Edit: Weird to announce this on the afternoon of the Nine upfronts, will probably get lost in all the announcements.

Coming soon? How soon? And which nights?

Maybe Saturdays? But I doubt that.

Masked Singer has a shorter run than Making It, given that both are starting the same week Dog House could fill a timeslot in the beginning of the week along with Celebrity MasterChef depending on how many nights a week it runs.

I think it will air Tuesdays 7:30 when Masked Singer is finished.