New article from The Age Green Guide out on Thursday 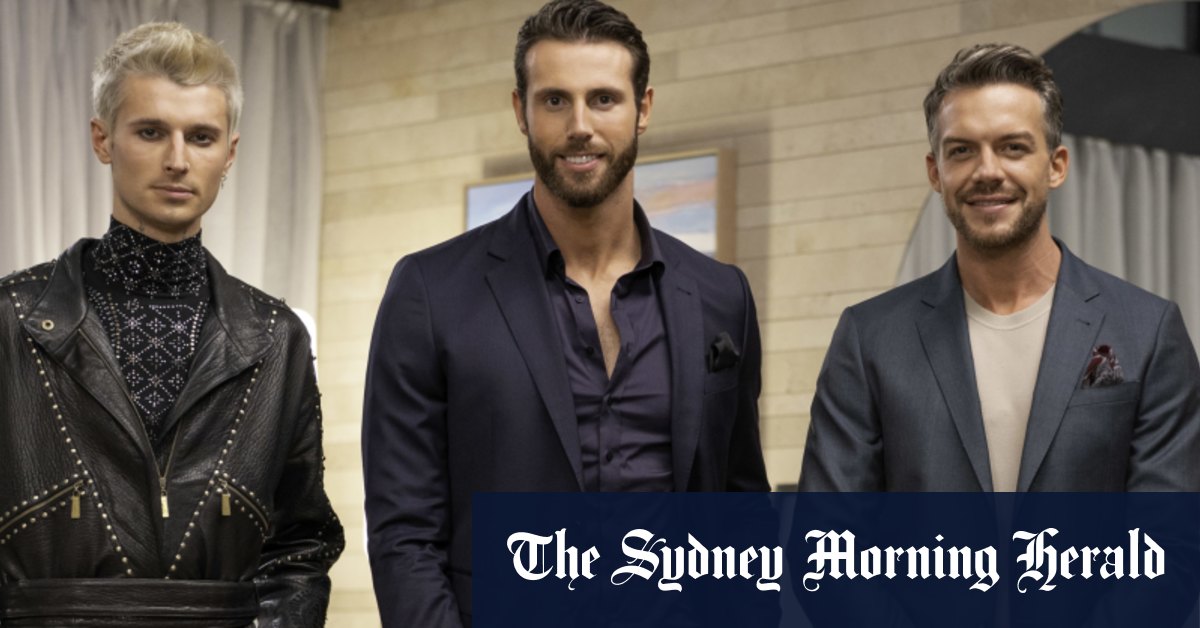 Are three Bachelors better than one? Let me count the ways

With triple the soul-searching, this new season of The Bachelor(s) is sillier and more reckless than ever. 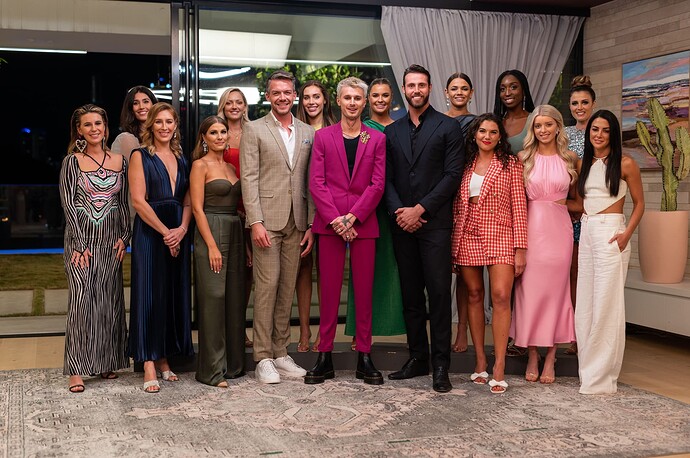 Tilly does what Tilly wants and tonight’s episode was the epitome of Tilly Time. Taking charge on her single date with Felix, the question of did they or didn’t they, ran rife in the Mansion with Krystal determined to get to the bottom of the rumour.

The Bachelors took their chosen ladies for some one-on-one time at a burlesque bar. Because nothing gets the bloody pumping than a sexy performance!

Both Jed and Thomas wasted no time in chatting to their respective ladies and Angela and Lauren had quite a few questions. But it was Felix and Tilly whose spark took over and they couldn’t wait to get back to the Bach Pad.

With a swim on the cards, Tilly stripped off and dived straight into the water with Felix. Getting hot and steamy, the pair left Thomas and Lauren feeling awkward and leaving the pool with their wines to leave their friends to it.

Back at the mansion, Krystal was having none of it and was determined to get to the bottom of what really happened between Felix and Tilly. Not getting the answers she wanted, Krystal asked Felix point blank at the group date and uncovered the pool sesh.

Not one to miss out on the drama, Tash returned to chat to Jed at the Bach Pad while both Eboni and Naomi left the rose ceremony empty handed.

On Sunday night, will Jed succumb to Tash’s ways or will she leave the mansion for good?

Jed Breaks The Cycle And Tells Tash Goodbye For Good. 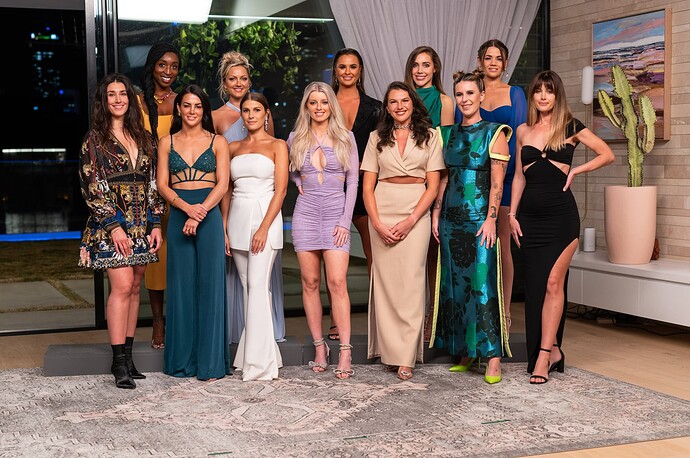 Cast your mind back a few episodes to where Tash sensationally left the mansion. On tonight’s episode, she returned only to be brutally rebuffed by Jed.

Walking into the Bach Pad, Tash made her peace with Jed, asking for him to reconsider letting her back to fight for his love. Despite missing Tash, Jed was firm and ultimately he sent her home, much to the relief of Felix and Thomas.

Felix finally took Abigail on a single date where we uncovered her phobia towards ketchup, Jed hooked up with Courtney after writing a song together and Thomas saw into Leah’s heart after an adrenalin filled boat ride.

On the beach group date, Jed really dislikes the beach, especially the sand, Bella wanted a kiss and didn’t receive one while Thomas and Lou realised they were in the friend zone. Naturally at the rose ceremony, we said goodbye to Lou.

Tomorrow night, will Felix and Tilly’s fire fizzle out? And will a game of ‘Never Have I Ever’ reveal more than expected? 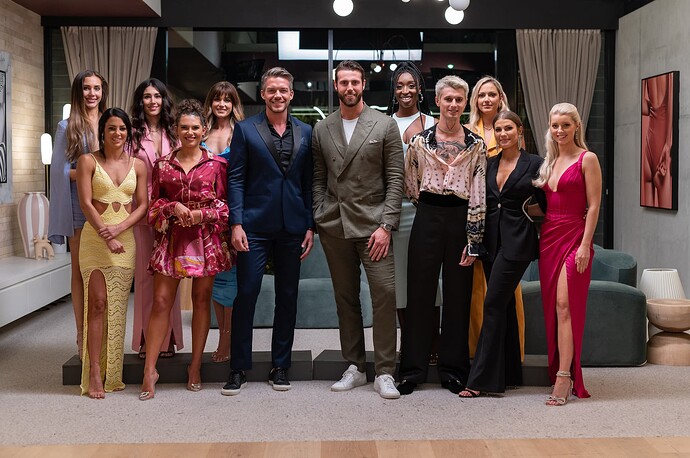 After getting hot and steamy with Tilly in past episodes, tonight Felix proved his heart is now ruling his head, sending Tilly home due to the lack of an emotional connection.

Inviting themselves over to the Bach Mansion for dinner, Felix, Jed and Thomas strapped themselves in for a game of Never Have I Ever.

Revealing that he had thought of doing a ‘Honey Badger’, Felix was honest with the group in stating that he was now really ready for a relationship, whereas at the beginning of the process, he wasn’t.

When Osher arrived carrying a vase of roses and declared it a progressive rose ceremony, panic ensued, but ultimately it was Bella, Jasmine and a devastated Tilly who was sent home.

The Bachelors Australia. Continues Tomorrow And Wednesday At 7.30pm. Only On 10 And 10 Play. 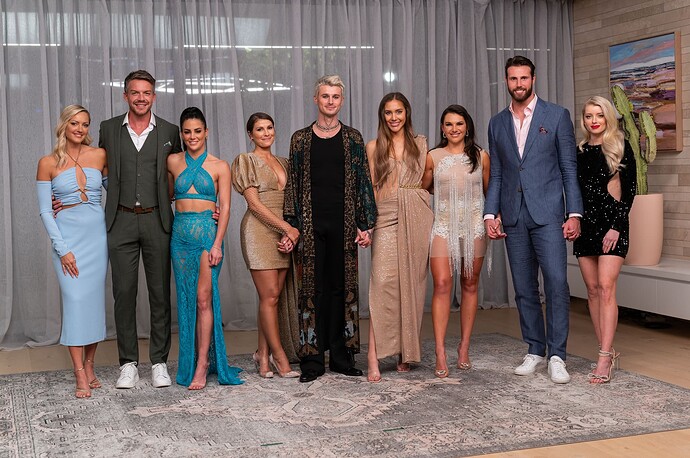 With hearts still wondering, it was time to bring in the big guns on tonight’s episode in the form of a sexologist and relationship coach. As we know from previous seasons, these chats are make or break for our Bachelors and this season was no exception.

Top of mind of course was Felix and Jessica and the polyamorous elephant in the room. Stating point blank he wanted a monogamous relationship at the end of this experience, Felix left with a pep in his step knowing Jessica was on the same page and planned to end things with Damien.

Cut to Jessica chatting with Abigail on a couch pre Rose Ceremony where Jessica explains she has no intention of breaking up with Damien. Shocked, Abigail tells Krystal and both can’t believe the selfishness they’re hearing.

Meanwhile, Courtney pulled Jed aside to tell him that she was leaving the mansion leaving Alésia and Angela to meet the family. Thomas said goodbye to Kiki with Leah and Lauren set to meet his mum and Felix said goodbye to Krystal with Abigail and Jessica his final ladies.

Tomorrow night, things get heated as Jessica gets Damien to meet Felix’s family. It’s been quite an unpredictable season. The producers have done well IMO.

It’s been quite an unpredictable season. The producers have done well IMO.

I’ve enjoyed this series and the new format. It was the change that the show needed IMO. I think it would have done a lot better had it aired last year instead of The Real Loveboat.

As for Jessica though - she does my head in and is clearly there for the airtime and exposure. I reckon producers have encouraged to keep her there but ultimately, she is never going to be Felix’s final pick. I’m also confused as to why so many contestants are uneasy about the things she’s saying (that she wants to continue a relationship with Damien but is saying differently to Felix) but won’t speak up about it. If I were in Krystal or Abigail’s position last night that’s exactly what I would have done.

I think Jessica was dishonest. She basically lied to Felix (and in front of an expert sexologist) to convince him to keep her in the competition. She should have been sent home instead of Krystal.

I also wonder if there was a cover up by the producers to stir up controversy and generate ratings? When Jessica applied for the season last year, she would have told the producers she was in an existing relationship with Damien, but they allowed her to take part in the blind date process, and they did not tell Felix about that relationship until he picked Jessica.

Will The Heart Or Head Win In The Ultimate Decision? 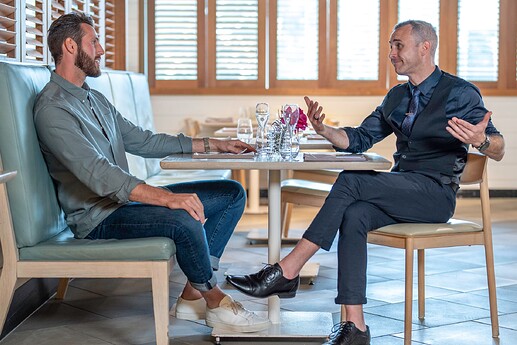 The Bachelors And Their Leading Ladies Meet The Families.

With the finale just around the corner, Thomas knew exactly who he’s choosing while for Felix and Jed the ultimate decision still needed some thought. In tonight’s episode, the tough questions were asked from loved ones and Damien was back and not willing to give up Jessica for good.

Here’s the sitch: Felix opened up to Abigail’s bestie Georgia that he wanted a monogamous relationship while Abigail dobbed on Jessica to Felix’s mum that Jessica had no intention of doing such thing.

Jessica then brought Damien to meet Felix’s family alongside her bros, Damien told her bro to shut up and butt out of the relationship conversation and Felix didn’t back down demanding answers from the polyamorous couple.

Jed didn’t make a good impression on Alesia’s family, especially with a potential engagement on the cards whereas Angela’s family welcomed him with open arms.

Meanwhile, Thomas was done with the whole process and ready to propose, making his mum a very happy lady.

It’s been a season of firsts and again tonight including first time a bachelor has admitted to having already decided and won’t meet the parents. Plus some of the worst ever ‘meet the families’ ever seen!

Plus some of the worst ever ‘meet the families’ ever seen!

Worst family meets would be referring too how most didn’t go the typical way (where usually everyone tries to get along). All in all probably the most entertaining episode of The Bachelor I can remember.

Thomas strangely didn’t do any family meets because he says he’s in love and knows who he is going to pick. Then Alesia’s dad didn’t like Jed, judging him by his looks and tattoos. Her mum also didn’t show up either because (in Alesia’s words) she hates commercial television. Felix’s mum then was also quite vocal about the Jessica’s situation, having a go at her and even commenting how she’s there for the wrong reasons (fame). Then of course we had the Damien/Felix/Jess situation which is doing my head in.

I also wonder if there was a cover up by the producers to stir up controversy and generate ratings? When Jessica applied for the season last year, she would have told the producers she was in an existing relationship with Damien, but they allowed her to take part in the blind date process, and they did not tell Felix about that relationship until he picked Jessica.

Of course they are milking it for all it’s worth. It otherwise doesn’t add up as to why she’s still there and bringing Damien into the mix constantly makes that very obvious. I wish it just ended there and then at the family meet.

The results seem pretty predictable. Felix and Abigail, Jed and Angela and Thomas and Leah.

All in all probably the most entertaining episode of The Bachelor I can remember.

Then of course we had the Damien/Felix/Jess situation which is doing my head in.

Same here too! Jess and Damien need to quietly ride off into the sunset!

If Felix picks Jess there is seriously something wrong with him.