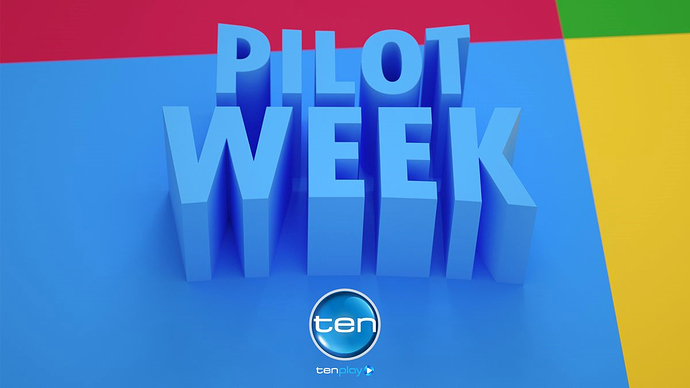 Pilot Week begins on Sunday, 19 August, only on TEN and WIN Network. Feeling overwhelmed? Don’t worry! We’ll have our good mates Grant Denyer and Angela Bishop on hand and ready to talk you all through it throughout the week.

It’s our first sketch comedy series in 12 long years!
The show will feature Australia’s up-and-coming comedians riffing on anything and everything, and nothing is off-limits.

Get ready for a sitcom from Dave O’Neil where he plays himself, opening the doors to his messy life for us all to take a peek. You’ll laugh, you’ll cry, you’ll thank your lucky stars that you’re not in Dave’s shoes.

Another half hour of laughs, kick back after work and let comedian Troy Kinne help you forget the woes of your day in this fast-paced adventure in LOLs.

No, not the UK one. No, not the American one. Yep, that’s right. We’re getting our very own version of the beloved comedy series Drunk History. Pour yourself a cheeky bevvie and settle in for an education from Rhys Darby, Stephen Curry, and tons of other beloved Aussies.

As funny as it is informative, get ready to watch comedian Harley Breen spend five days and nights with members of a disadvantaged group of society and then use those experiences to create a stand-up comedy routine about them. The kicker? The subjects will be front and centre in the audience. The show originated in Belgium, where it broke audience records.

America has Judge Judy, we have Kyle Sandilands. Yep! We said it! Kyle is here and he’s ready to pass judgement on you all. He’ll be tackling the toughest cases and the biggest disputes, all with the assistance of our former Bachelor star, criminal lawyer Anna Heinrich. Are you ready for Trial By Kyle? Is the world? Who can say?!

Are you a disgrace? Have you been publicly shamed? Disgrace! is all about that life, combining shunned politician Sam Dastyari and the team behind Gruen and The Chaser to unpack whatever scandal has people outraged that week. Get ready for opinions and laughs, insight and scandal.

Rove is live once again, but this time, he’s a man on a mission. Promising nothing but feel-good moments, in the dumpster fire of a year we continue to exist in, Rove has set his sights on the reinvention of Saturday night entertainment. There’ll be sketches. There’ll be music. There’ll be guests and laughs a-plenty! Although there’s no word on whether What The? will be back yet, you can say hi to your mum for us when you’re telling her that Rove is on aquest to reunite Australia’s greatest acts, bands, and television faces in a generation bending live television show.

Pilot week is a week where we’ll be airing eight brand spankin’ new shows. They’re all Aussie shows, featuring some of our best homegrown talent, and they’ll all premiere in the one week. We’ve got scripted and unscripted, funny and serious, the whole shebang.

If you love a show and want to see more, you can head over to tenplay and sing its praises from the rooftops, because your reaction to these new shows will be a major factor in whether you ever see it on your screen again.

That’s right, we’ll be creeping the comments of tenplay, as well as social media and ratings, to work out which of our new shows you want to see return to TV in 2019.

Here’s what Beverley McGarvey, the Chief Content Officer here at ten, had to say about it all:

“We are excited to be broadcasting such a fantastic array of unique and entertaining programs under the banner of Pilot Week. “Involving Australian audiences in whether or not a program gets the green light via tenplay and other social initiatives provides a fantastic opportunity for Australian audiences to have their say in what they want to see on our screens in 2019. “Pilot Week for us, represents a substantial investment in unique and local production, and further cements Network Ten’s role as the innovator of Australian commercial television.”

Really trying to be positive but I just can’t see any of those except maybe Rove’s show (cause Ten are desperate for Saturday night programming) working. They all sound terrible and something we’d see back in the early 2000’s. Haven’t we moved on from skit shows?

At least there are no relationship shows. We’ve had enough of them.

I like it. No reality, no singing, cooking, dancing. Something different.

The Sunday Telegraph says Tim Robards’ wife Anna Heinrich (from the first season of The Bachelor Australia) will offer legal advice on Trial by Kyle. She is a qualified lawyer.

The network says “audience reaction, social buzz and ratings” will all be factored into the decision over which of the eight pilots aired during its planned “pilot week” in August will proceed into 2019 with a full series order.

From Ten's eight new pilots, those securing the most social buzz will get a shot at a full series order.

Wow a lot of GREAT stuff. A tonight show, a skit show, a sitcom, Drunk History, plus already known Disgrace!, Taboo and Trial By Kyle.

Pilot week sounds bloody excellent, kudos to Ten for giving something like this a go! Can’t wait!

Its behind a pay wall for me

Same here.
Can someone copy the article? Lol

I tried to get around the article too, but have posted the Canberra Times article above.

The current studios is Sydney and Melbourne weren’t designed to handle all these internal productions.

They are pilots so i would say some have already been filmed. And some will film in coming weeks.

Pilot Week begins on Sunday, 19 August, only on TEN and WIN Network. Feeling overwhelmed? Don’t worry! We’ll have our good mates Grant Denyer and Angela Bishop on hand and ready to talk you all through it throughout the week.

So What's Pilot Week All About?

Pilot Week begins on Sunday, August 19, only on TEN and WIN Network.

For the presentation fans: 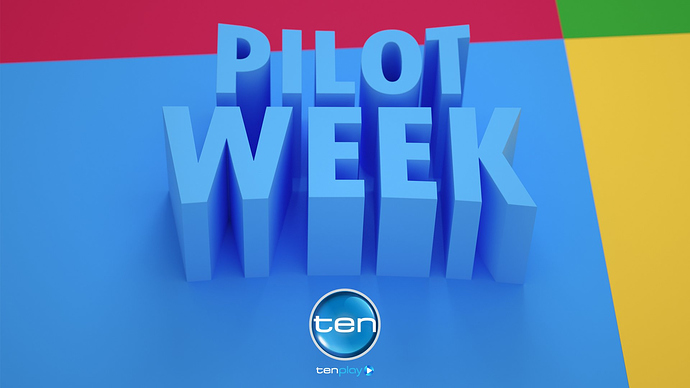 Trial By Kyle: Kyle is here and he’s ready to pass judgement on you all. He’ll be tackling the toughest cases and the biggest disputes, all with the assistance of our former Bachelor star, criminal lawyer Anna Heinrich.

Can it be any worse?

See this is where it gets stupid. Some of these people have already established fan basis. Some bigger than others… Once again everything comes down to a popularity contest not based on actually quality. It’s a totally unfair playing field. Hope there are conditions on how they are marketed.

I don’t think they’ll just pick whatever is popular. When the ABC did a similar thing with comedies, they picked the show that was highest rating and had a lot of social media buzz Ronny Chieng: International Student. But they also picked another show which was got positive feedback but was not necessarily hugely popular The Letdown.