Christ, why are they still persisting with This Is Us on Ten, I thought they banished it to weekdays on Peach?

TBF I’d take it, even if just as an alternative to reality shows

Main channel, peach, bold and back to main channel. Such a head scratching decision.

10News has a story about Snoop Dog hosting the “American Song Contest”.

This episode was broadcast on CBS on January 24 (and on Paramount+ here the next day) before the show went on a month’s break, meaning we are up to date with the US. Episode 13 is due to air in America on February 28, giving 10 the option to show it on Tuesday night, March 1.

Note: When commenting on schedules please don’t quote large sections of the post.

The 7.30pm timeslot on March 1 is TBA. I wonder if 10 is planning to reduce Australian Survivor to two episodes per week to stretch out the show to the end of March

How did they get the rights to this output? I thought WB was with seven.

How did they get the rights to this output? I thought WB was with seven.

It’s actually licenced by Roadshow Television (who exclusively handle Village Roadshow Pictures titles here, whom co-produced the movie). As documented, 10 have had some rights with Roadshow for a few years now. A pretty big one for Nine to miss out on, possibly the biggest from that provider, their relationship dates back decades.

So they are stretching Survivor then.

Series 1 has begun in New Zealand airing Wednesday at 7.30pm on TVNZ 2

They’re returning it too soon, too much of a good thing.

When will the networks learn

They’re returning it too soon, too much of a good thing.

When will the networks learn

Too true. The Voice (generations but still) and SAS have already suffered in the ratings partially due to this. I haven’t even seen any promotion regarding Dog House on 10. Is this another case of 10 rushing something to air without much promotion?

Credits to them for diversifying their schedule but I don’t think it will rate as well as they hope it will.

Smart thing to do would’ve been to capitalize on the success of an internal production and try to launch another new series to really diversify their schedule, rather than doubling down on something and potentially shortening it’s potential lifecycle in Australia. But what would I know

Also appearing will be Benedict Cumberbatch, Daisy Edgar-Jones and Diane Morgan.
It will be the last new episode of series 29 before the compilation show on March 11.

Are You Ready For A Week Of Good Stuff?

Looking for a bunch of good stuff to liven up your week? We’ve for you covered.

Battlelines are drawn on all new Australian Survivor: Blood V Water, with the endgame insight. Become a fly on the wall with new First Dates Australia, catch celebs like you’ve never seen them before on Celebrity Gogglebox Australia and The Graham Norton Show, the funny bone tickling Would I Lie To You? Premieres, there’s heart-wrenching new episodes of Ambulance Australia and This Is Us, an action packed ep of NCIS and a mystery co-host on The Project.

Not satisfied? What about the movie premiere of Joker and the final round of the FA Cup beamed live to your loungeroom?

Something for everyone and it all kicks off this Sunday at 7.30pm. Click below to get the good stuff in you! 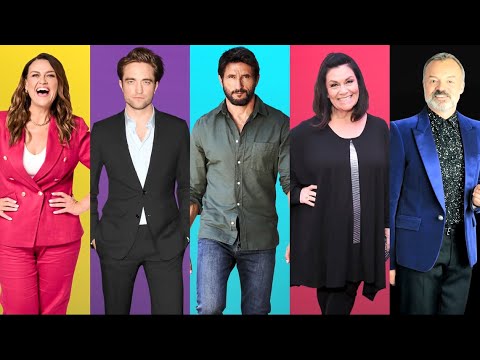 So does this mean they go back to bad stuff when the week is over?

Not a single moment or emotional connection to a tv show

The Reason why people watch tv

I’ve been trying to find the answer (I think I asked a while back, can’t remember if it was answered), who ended up getting the rights for Law and Order? Was it Ten or Nine (since you had it originally on Ten, with repeats on Nine and Universal Channel)?