If ABC News Breakfast and Studio 10 were on the same channel, it would be the perfect lineup! 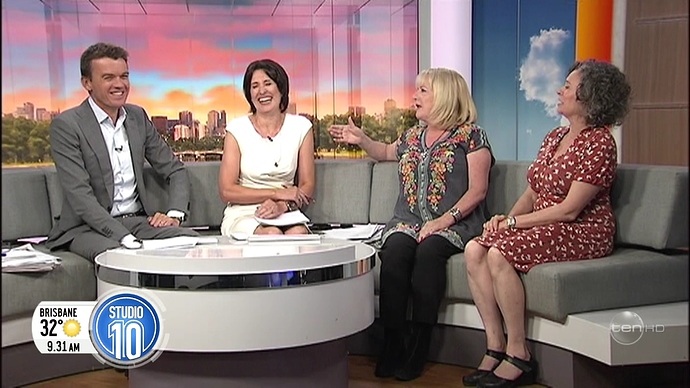 Looking forward to the Australia Day show tomorrow with it being outside for the whole show.

Denise was hilarious last Australia Day (also the day after - she was “late and hungover” - @blackbox how come that video never made it online?)

not sure… it wasn’t for any particular reason. Not everything goes up though.

not sure… it wasn’t for any particular reason. Not everything goes up though.

Fair enough. It was hilarious and I remember being disappointed that i couldn’t find it online 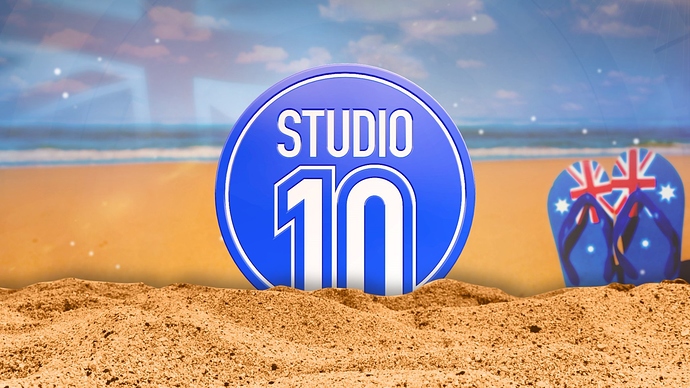 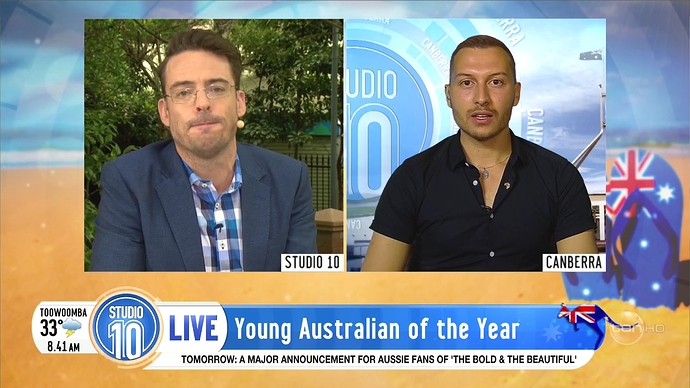 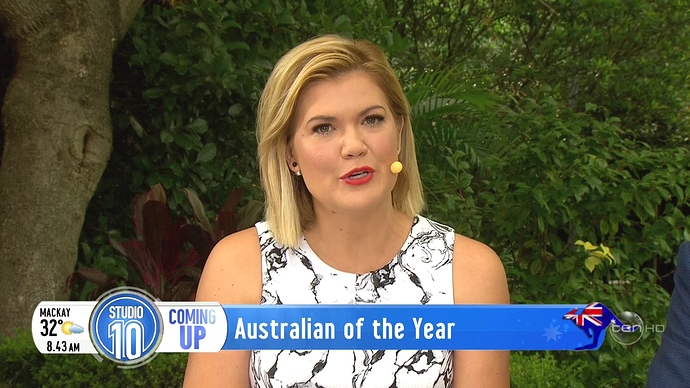 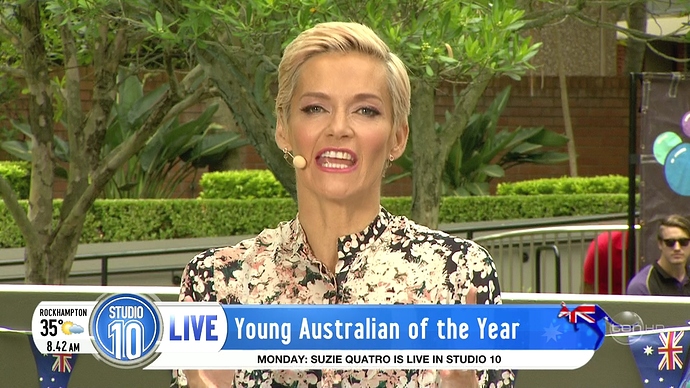 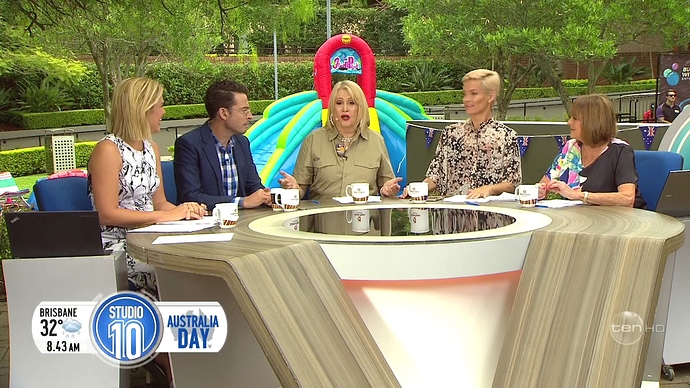 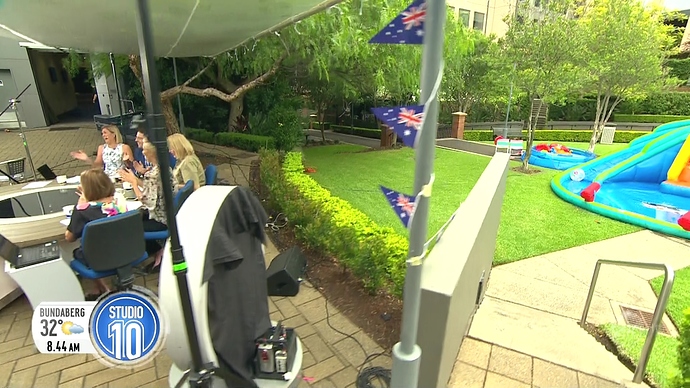 Not a fan of the kangaroo tail going through the TEN logo, but great show as always

Well in WIN territory, the WIN logo is covering half of it

which is rather sad and silly

I think @blackbox and/or Ten needs to have words with WIN over that solid watermark and the sheer size of it. So often it is now covering the end of an info banner on shows. Even caught a glimpse of one of the advertorials yesterday for seniors insurance or some such thing and WINs big blue 'mappy" was covering part of the name of the advertiser. Ridiculous.

Yep it often covers stuff, absolutely the worst stain i’ve seen on australian tv. Just so everyone can see the rediculous thing covering on studio 10: 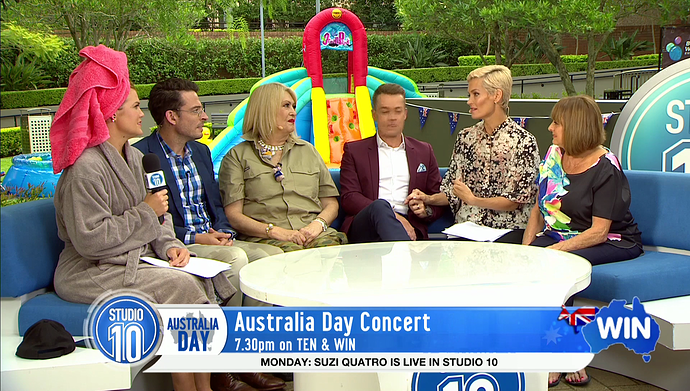 Geoff Phillips live from Canberra at the moment. Good to see use of WIN resources!

Good use of affiliate resources indeed.

Again studio 10 killing it with a great broadcast. Live tv at its best and great use of resources. Live crosses to Darwin and Hobart making this truly national coverage. Well done to the team.

Why oh why ten haven’t got Rob on the 6-830am time slot is baffling.