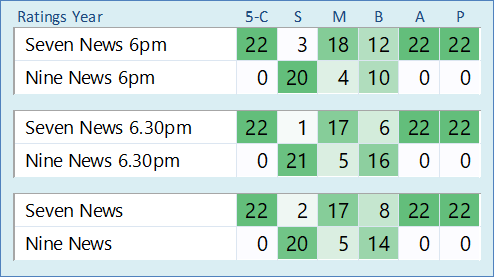 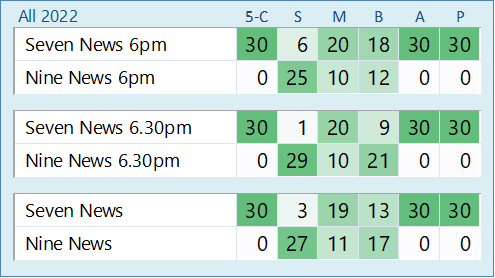 On Friday, Nine Melbourne and Perth recorded their lowest rated weekday bulletins of the year.

Nine Sydney now at 20 weeks won in the ratings period and 27 across the year can’t be beaten.

In saying that, the gap in Melbourne has dramatically reduced. Sunrise resent downfall could be playing a part. Rebecca Madden also on holidays. 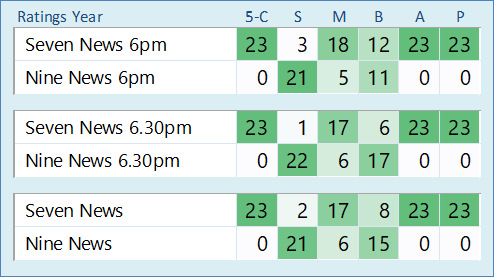 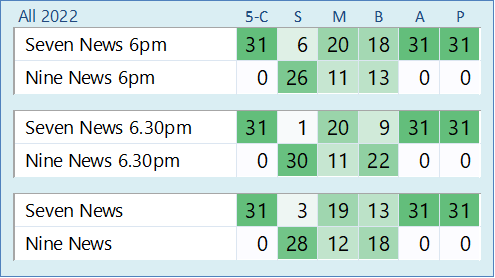 It was not a good week for Seven News with Nine edging quite close. If fact, it was Seven’s lowest rated week of the year. All markets lost ground but it was the east coast that contributed most to the 40,000 drop from week 30. Friday’s bulletin was the lowest rated weekday Seven News of 2022.

For Nine, Sydney was the stand out performer accounting for almost all of the 23,000 increase and now at 21 weeks won it has won the year by that metric. Nine Melbourne was notable for wins in both half hours this week.

Nine News claimed the week in Melbourne after win by a substantial margin on Thursday. Seven News won more nights in the city however (3 nights to 2). 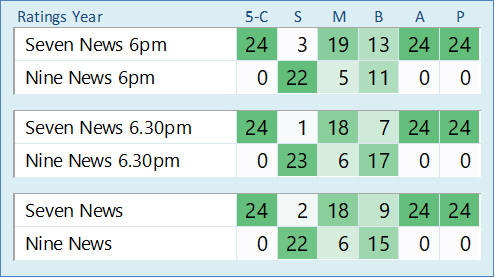 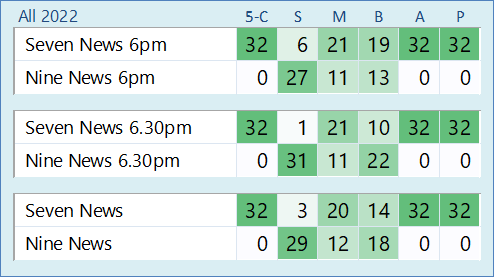 The first week of the Commonwealth Games saw a +50,000 turnaround in viewership - Seven was up 29,000 and Nine down 38,000. Seven improved in all markets except Sydney that posted some of its lowest audiences of he year while Brisbane was up 17k. Nine lost audience along the east coast but picked up 10k in Adelaide and 2k in Perth. 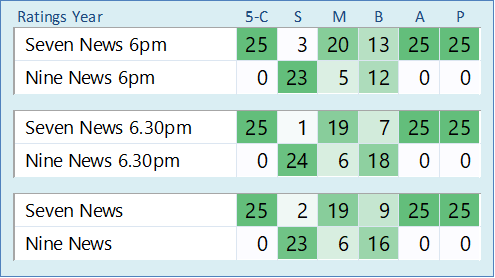 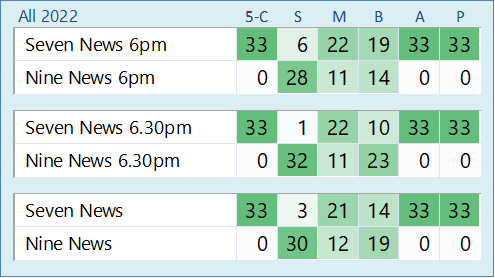 Sydney numbers were largely unchanged with Nine posting 4 big wins while Seven pipped Nine on Wednesday but recorded its lowest weekday result of 2022 on Friday.

Melbourne saw Seven up 25k and Nine up 18k as Seven News won Monday to Thursday with Nine snatching a win on Friday.

Brisbane remained competitive, with Seven looking good on Monday and winning on RNA people’s day Wednesday but Nine won the other three days to be up 13k week-on-week as Seven was down 8,000.

The Adelaide market is the only one where both bulletins are up on the equivalent week of 2021. Seven won all nights, three of them by +40,000.

Brisbane remained competitive, with Seven looking good on Monday and winning on RNA people’s day Wednesday but Nine won the other three days to be up 13k week-on-week as Seven was down 8,000.

9 will no doubt win 2022 in Brisbane, but 7 need to start rebuilding. Unfortunately I can’t see it improving until they address the 7pm timeslot.

So is Seven Melbourne only a few weeks off from taking the year?

I believe 2011 was the last year Seven won this market.

I believe 2011 was the last year Seven won this market.

Did they? I thought it was even that year.