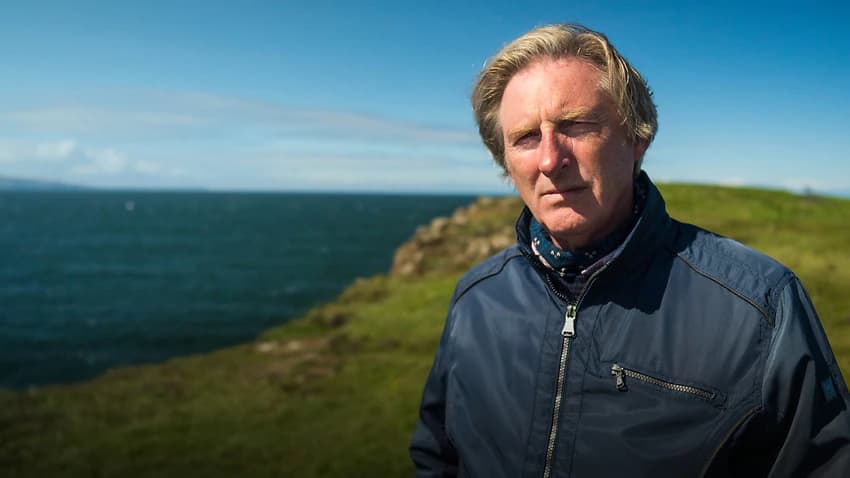 Adrian’s journey starts deep in the South of the Island of Ireland at Mizen Head, where the fierce Atlantic Ocean sees waves reach 67 feet. 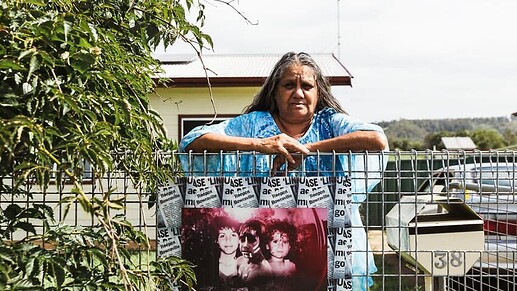 The Bowraville Murders investigates one of Australia’s most prominent unsolved serial murder cases - the murder of three Aboriginal children between September 1990 and February 1991 - and the thirty-year battle for justice by the victim’s families. 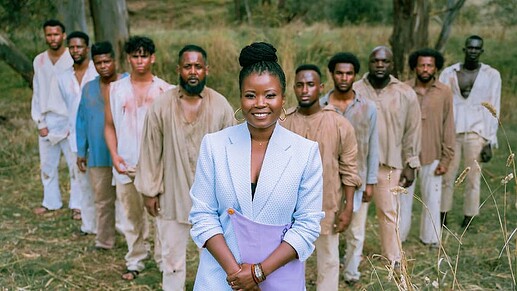 Author and journalist Santilla Chingaipe unearths Australia’s forgotten black African history and reveals the role people of African descent played in events that shaped the nation - from the First Fleet to the Eureka Rebellion, and beyond.

Did you know that at least ten men of African descent were transported to Australia on the First Fleet?

Santilla is an author and journalist who rips up the monocultural myth of Australia’s white foundation narratives and colours in our nation’s history books by re-telling the stories of the black African convicts, bushrangers, feminists and rebels who played a seminal role in events that shaped the nation. Australian history has been whitewashed for too long – it’s time to discover our African roots.

An act of historical truth-telling, Our African Roots interrogates the myths of Australia’s white foundation narratives, colours in our nation’s history, and reveals modern Australia’s origin story to be a complex, multicultural and multiracial affair. For Santilla, the mission is personal. If Australia continues to whitewash its own history and erase the stories of people of colour, it means the contributions of contemporary African Australians like her are also in danger of being dismissed or forgotten.

The Truth About Anxiety with Celia Pacquola

In both interviews and via comedy, Celia Pacquola has been open about her struggles with anxiety and depression. The Truth About Anxiety with Celia Pacquola is the logical extension of that. She’s talked in the past about suffering with constant stress, doubts, imagining worst-case scenarios and being super-paranoid. What’s clear from this documentary is that it’s something you manage rather than cure.

In The Truth About Anxiety , Pacquola’s own anxiety is bubbling away. For her, anxiety often feels like a handbrake. “Best case it’s unpleasant, worst case it stops you doing the things you want to do,” she says, “but most of the time you do the things anyway whilst it’s being unpleasant”. At times through the documentary it’s clear things are stressful – she points out that she’s not great with situations where you just turn up and wing it, which is pretty much how interviews work – but she’s also got it under control. Let’s not forget, she won Dancing With the Stars in 2020; that’s some pretty successful anxiety management right there.

The Truth About Anxiety with Celia Pacquola airs on SBS at 8.30pm, Sunday 3 October. It will be available to stream at SBS On Demand after going to air, and repeated on SBS VICELAND on Wednesday 6 October at 8.30pm. 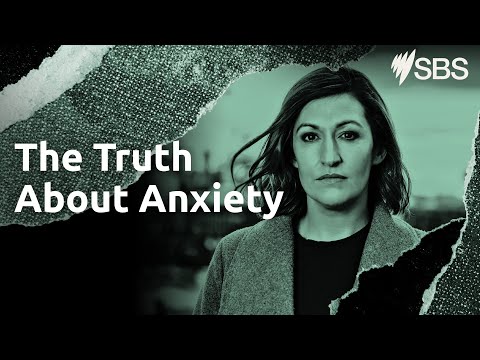 The Department takes us inside the never-before-seen child protection system at work in NSW. With unprecedented access across the department, this observational documentary follows caseworkers as they navigate the complexities of keeping children safe in families experiencing domestic violence, addiction, mental health issues and intergenerational trauma. 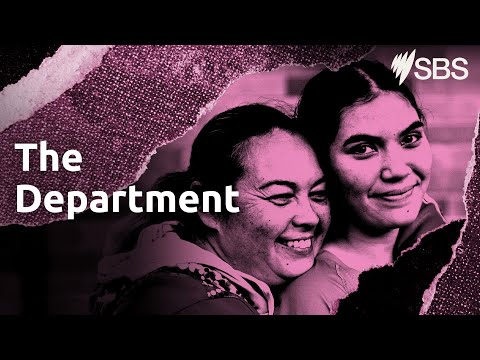 Saved By A Stranger 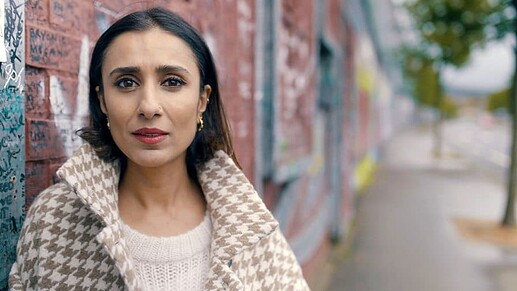 Saved by a Stranger, presented by Anita Rani, tells the personal stories of ordinary people caught up in the biggest events in living memory and follows them on a quest to find the individual whose impact at that crucial time changed their lives forever.

In the first episode, a man caught in July 7 London Underground bombing and a Sarajevo survivor search for strangers who changed their lives. 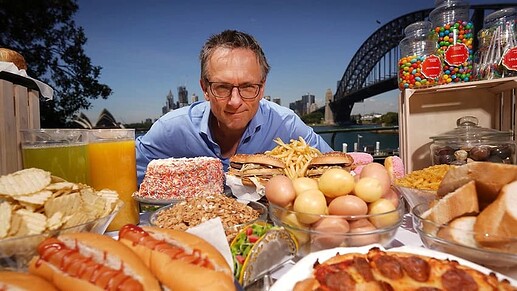 Working with proud Gomeroi man and exercise physiologist Ray Kelly [2], Dr. Mosley puts his own body on the line to demonstrate the latest science and to show just how quickly you can eat your way into, and out of, ill health.

Dr. Mosley isn’t on this journey alone. He and Ray meet with eight brave Australians diagnosed with type 2 diabetes or pre-diabetes who dream of getting their health back and turning their lives around. Together with Ray, Dr. Mosley will guide the participants through drastic diet changes in an attempt to reverse the effects of pre-diabetes and type 2 diabetes through lifestyle adjustments, rather than medicine.

Can they kick start a ‘Health Revolution’ and empower a nation to take ownership of its health?

Before We Die - Season 2 (Swedish) 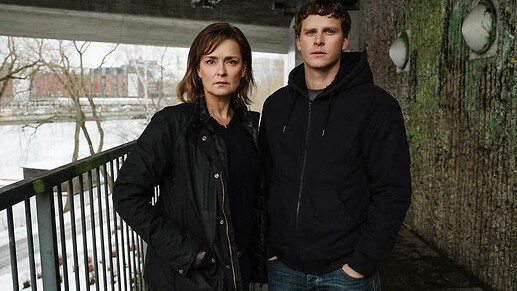 Hanna and Bjorn’s hunt for the Mimica family continues, finding new levels of corruption, espionage and criminality as they try to infiltrate The Circle.

The Children In the Pictures 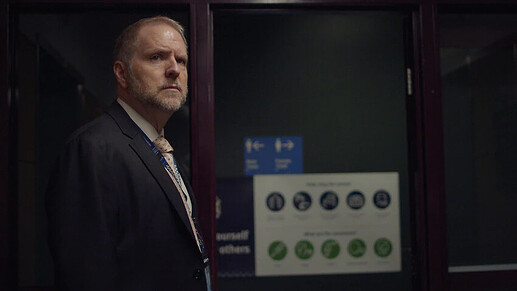 The Children in the Pictures takes us inside Task Force Argos, a renowned Australian-based police investigative team, as they go undercover to rescue children from online sexual abuse. From infiltrating global criminal networks to hunting down the world’s worst abusers, the Argos team shines a light on the dark reality of online child sexual abuse and the fight we all face in stopping it.

Geez, the cupboard must be getting pretty bare at SBS for this to get another replay just over 10 months later!

Geez, the cupboard must be getting pretty bare at SBS for this to get another replay just over 10 months later!

10 months is actually not a bad duration for a rerun and at 10.45 on a Sunday it’s not exactly a prime time slot. I don’t see it as desperation at all.

Fogle’s previous documentary, Inside Chernobyl, will be repeated on Seven next Tuesday night (October 12) at 8.50pm.

Deadline reports SBS has picked up the rights to Nutopia’s science and history show Extra Life: A Short History of Living Longer. Presented by David Olusoga and author Steven Johnson, the show, originally produced for PBS and the BBC, reveals the little-known stories of the innovations in science and medicine that have doubled the human lifespan in less than a century. 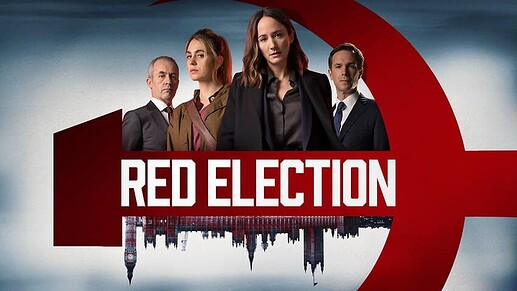 Set in an alternate version of the present day, Senior MI5 Agent Beatrice (Lydia Leonard), witnesses a chemical attack on her Russian informant by an unknown assailant. Just as he is about to warn her of an imminent terror attack on British soil, he dies. Her only clue is the codename - ‘Redback’.

Meanwhile Katrine (Victoria Carmen Sonne), a Danish Secret Service agent discovers that her boyfriend, who works for a Bio-Chemical Corporation in Scotland, has gone missing. These two women’s paths are about to collide. As international tensions simmer, the newly elected British Prime Minister announces a referendum to decide the future of Scotland in the United Kingdom. While behind the scenes, a shady foreign power seeks to influence the election, unleash its agents of chaos and upset the world order. 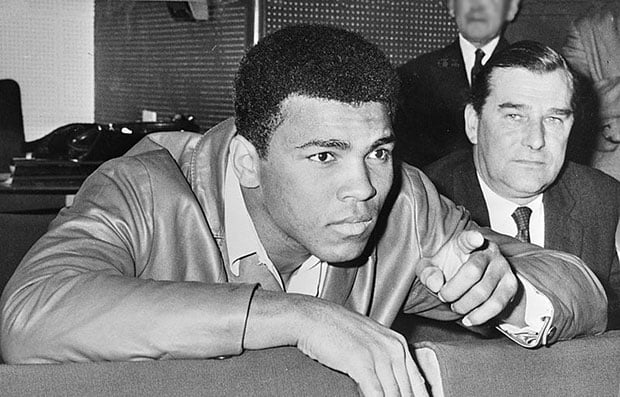 MIPCOM: International broadcasters including the BBC in the UK, Arte in France and SBS in Australia have acquired Ken Burns’ docuseries about Muhammad Ali from PBS International.

While channel flicking last night, I learnt that the 2019 Untold Australia documentaries are most likely being replayed for Audio Description tracks which I’m pretty sure didn’t exist when they were reran over Summer.

One can’t really complain about that, especially if it kept the Audio Description team at SBS busy during the Sydney lockdown. Maybe this sort of thing is being done for ON DEMAND more than anything else, nonetheless it’s rather interesting how SBS programs that were produced a while ago are now receiving the AD treatment.

It has been replaced by Billion Pound Bond Street.

Opening their doors to cameras for the first time ever, this program chronicles the ups and downs of an unprecedented year as the ultra-glam retailers of Europe’s most expensive half-mile battle to survive.

Narrated by Jenna Coleman, the one-hour documentary debuted on ITV in June this year. 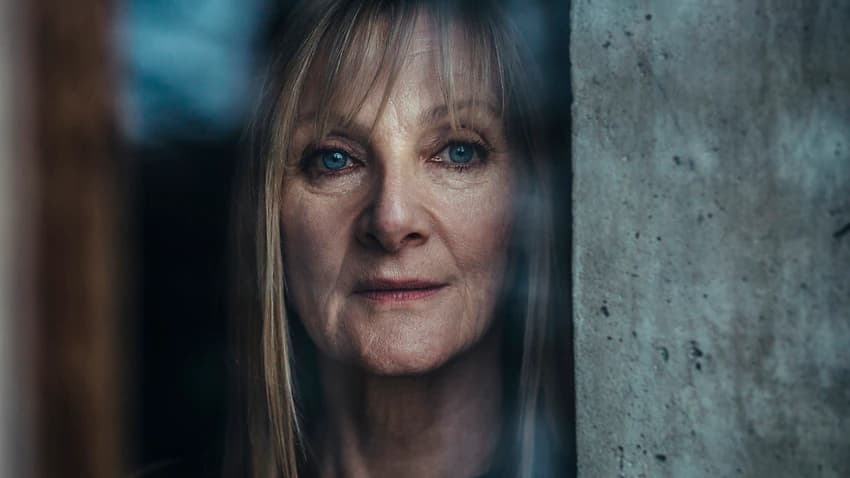 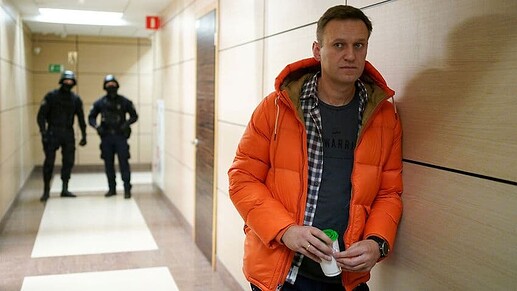 In August 2020, on a flight to Moscow, Russia’s charismatic opposition leader, Alexei Navalny, started to scream in agony. The flight immediately diverted to the nearest city and he was rushed unconscious to hospital. What happened next shook the world.

With interviews almost entirely from those “in the room” this film pieces together this incredible story - James Bond meets Johnny English. World leaders pressure President Putin to allow Navalny to be airflifted to a hospital in Berlin experienced in saving the lives of those targeted for poisoning by the Kremlin’s security services. Investigators from Bellingcat prove that not only was Navalny poisoned by an FSB hit squad, but that they had been following him for several years, and developing new variants of the banned chemical weapon, Novichok - first used against the Skripals in Salisbury.

This unbelievable tale of international espionage and incompetent assassins comes to a head with one of the would-be murderers confessing to his victim exactly how the poison was administered - applied to the seams of Navalny’s underpants.

Why is Alexei Navalny such a threat to one of the world’s most powerful men, how does he remain an irritant from inside a Russian jail, and how will this battle between two men - one with a team of assassins, the other armed only with a sense of humour, intrepid investigators, and a mastery of social media - play out, and what will that mean for the future of Russia and the rest of the world?

Told by those closest to Navalny, this film incorporates the humour of Navalny’s own YouTube videos to tell a tale worthy of John le Carre.