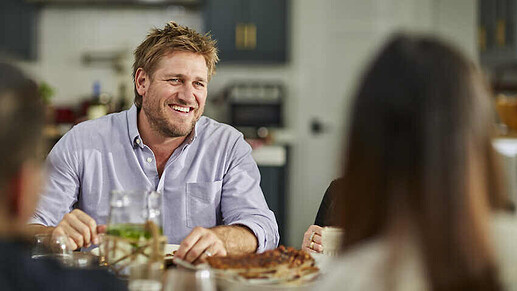 Chef Curtis Stone travels to remote Western Australia where he goes mud crabbing on the beach and spends a little time on a cattle ranch. Back home in his kitchen, he’s grilling the perfect steak and making a crab and mango salad.

Hot on the heels of his French Adventure, James is heading across the Atlantic to discover more about America and its signature dishes. Travelling West to East from LA to New York, James will explore some of the icons of American food as well as discovering hidden treasures, way off the beaten track. James will reveal that contrary to what we might think we know about American cuisine, this vast country is actually home to some of the best food to be found anywhere on the planet. Prepare to be wowed, inspired…and hungry while watching!

English celebrity chef James Martin embarks on a culinary road trip across the US, sampling the country’s diverse cuisine while checking out vehicles ranging from a classic Harley Davidson to a giant pick-up truck. James begins his American Adventure with a visit to the Napa Valley, north of San Francisco. James drops into one of the best food and drink markets in California before cooking delicious local produce at a stunning vineyard.

Strait to the Plate season 2 is set to screen on SBS Food, NITV and SBS on Demand in 2022. 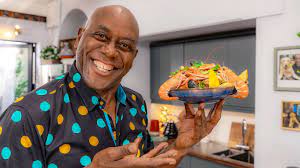 Chef Ainsley Harriot returns to prepare tasty recipes and chat with special guests, who reminisce about their favourite meals.

Ainsley proves that granny knows best, and drawing from his memories, he starts by recreating a comforting gold-top Irish stew made by his friend’s granny. He’s joined by pal Brian Turner, who makes him classic sage and chicken cobbler from a family recipe. “EastEnders” and “I’m a Celebrity Get Me Out of Here” star Jessica Plummer drops by, while Ainsley knocks up the Lancastrian favourite: buttery Eccles cakes.

The 200th and last episode of The Cook Up with Adam Liaw will be shown next Friday (January 21) at 7pm. It will be interesting to hear if the show will be renewed.

200th episode already? That was surprisingly quick. I’m hoping that there is a second season coming up.

Will the 7pm airing go into repeat mode in 2 weeks time?

Cut is Wolfgang’s Michelin Star winning jewel in the crown in Singapore. Phil meets the man himself and get an insight into the international chefs’ life.

Will the 7pm airing go into repeat mode in 2 weeks time?

No, the 7pm timeslot will be taken up by repeats of Rick Stein’s Cornwall from next Monday, January 24.

Edit: The Cook Up will be repeated from episode 1 at 10.30pm weeknights from the same night.

Mary Berry explores the wonderful world of simple comfort food, demonstrating how to make fuss-free recipes that can warm the cockles and lift the spirits. 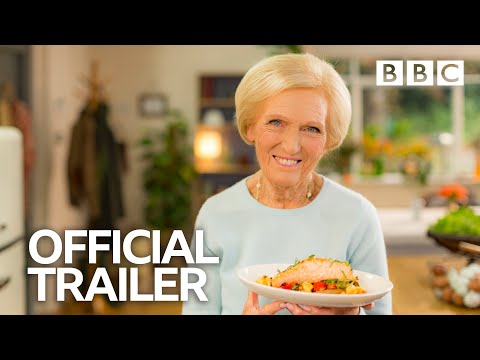 Chocolatier Kiri pitches her “Lady Marmalade” chocolate to a tough tasting panel in the hope of getting it signed off and in stores. 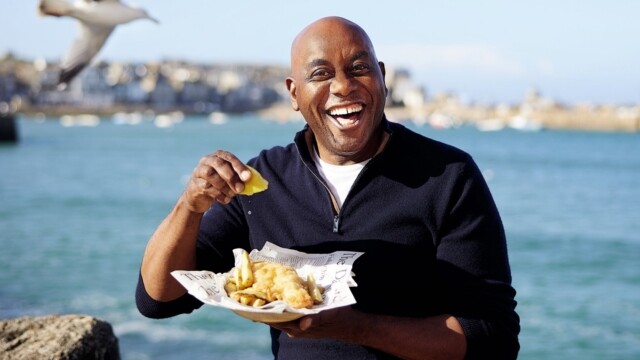 Premiered on ITV in September 2021

The Cook Up With Adam Liaw - Season 2 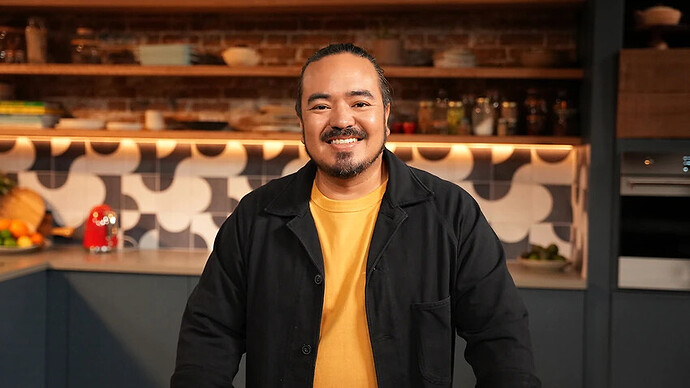 After a hugely successful first series, the much-loved SBS Food show, The Cook Up with Adam Liaw, will be returning on March 21 for a second season with another 200 new episodes fresh out of the oven and ready to be served up every weeknight at 7pm on SBS Food.

Adam will be whipping up more dishes centred around a nightly theme with two food loving friends each episode, for a half hour of good food, fun and conversation. Season two of The Cook Up will bring more delectable dishes served by Adam and easy to follow recipes and tips from his guests.

Season 2 of The Cook Up with Adam Liaw is back and do we have a treat for you our first episode back! Comedian and TV presenter Julia Zemiro and chef Morgan McGlone are in the kitchen cooking up their favourite mozzarella treats. 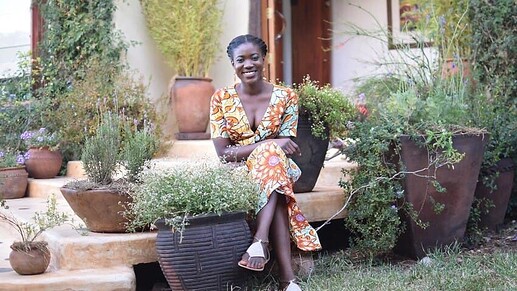 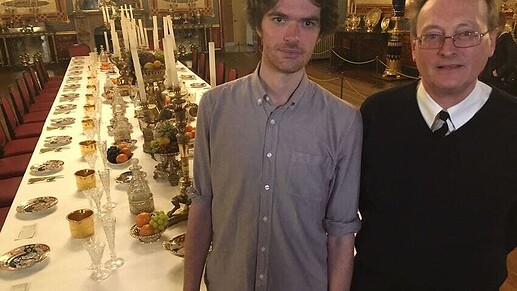 Presenter Michael Burerk mixes history and British cooking by meeting with both food historians and Chefs to uncover the food served from George IV to the modern day British Royals. 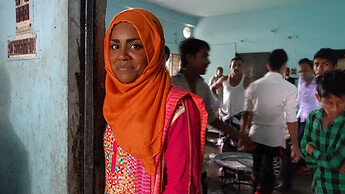 In this vibrant two part documentary the Great British Bake Off winner Nadiya Hussain travels back to Bangladesh on a fascinating food-inspired journey to explore and share the many recipes that have shaped her love of cooking.

Great news that The Cook Up has been renewed and nice to see Justin North returning to TV (he had appeared in the first few seasons of MasterChef Australia).

[image] NEW AUSTRALIAN COMMISSIONS Dishing It Up TX: Mid 2022 on SBS Food Number of Episodes: 8 x 30mins Dishing It Up takes viewers into the kitchens of Australian households as they watch the latest cooking shows and attempt to cook the gourmet dishes in their own kitchen. How will they fare when attempting to follow the latest recipes from Celebrity Chefs? We all love watching Nigella spoon gooey chocolate into little pudding jars or Jamie enthusiastically and magically whip up 15-minut…

The Cook Up serves up a delicious second season 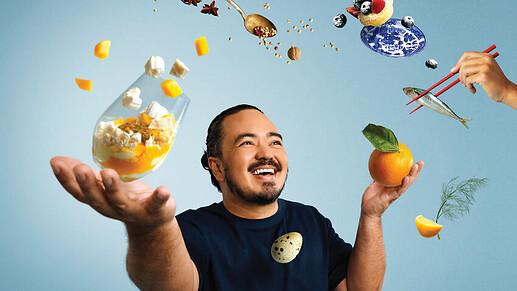 The Cook Up with Adam Liaw returns to weeknights on SBS Food from Monday March 21 at 7pm.

After a hugely successful first series, the much-loved SBS Food show, The Cook Up with Adam Liaw , will be returning on March 21 for a second season with another 200 new episodes fresh out of the oven and ready to be served up every weeknight at 7pm on SBS Food.

Adam will be whipping up more dishes centred around a nightly theme with two food loving friends each episode, for a half hour of good food, fun and conversation. Season two of The Cook Up will bring more delectable dishes served by Adam and easy to follow recipes and tips from his guests.

Get ready to dive a little deeper into food through segments like, Ask Adam, where Adam answers burning viewer questions , and Use it Up , where Managing Editor of SBS Food, Farah Celjo, joins the show to let us know what’s popular online, and reveal what to do with your leftover ingredients.

Presenter Adam Liaw, says: “After the incredible response to the first series of The Cook Up , I’m absolutely thrilled to be back behind the bench for another season. It’s such a privilege to be able to pull back the curtain on how Australia really eats, where I’m not only able to cook alongside some incredible guests, but share a part of their incredible cultures and stories at the same time. We’re taking things to another level with season two with some big changes taking place in the kitchen – but at its heart The Cook Up is always about real, home cooked food. We’ll see how top chefs cook at home, but also take a look into the dinnertime repertoires of some of Australia’s most interesting people that you’ve heard of, and plenty you haven’t as well. We’ve got everything from date night dishes to 5 ingredient lunches. Great ideas and delicious food that all of us can – and really do – make at home.”

Emily Griggs, SBS Head of Food, says: “ The Cook Up holds a special place in our hearts at SBS Food, as the most successful commission to date. The overwhelmingly positive response and love for the first series of The Cook Up has been nothing short of incredible. At SBS Food we are constantly striving to produce content that celebrates different cultures through cooking, which is why we’re so pleased to be bringing another season of The Cook Up to Australian households every weeknight.”

An internal SBS production, The Cook Up season two will be available to stream on SBS On Demand with subtitling available in both Arabic and Simplified Chinese. 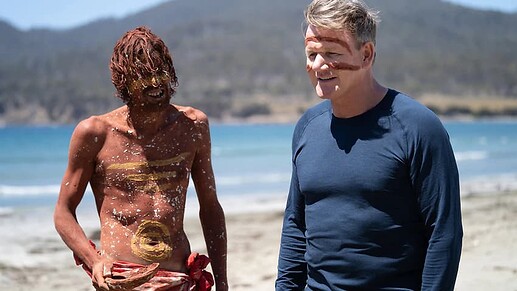 Chef Ramsay discovers the purity of local ingredients on the far-flung island of Tasmania.

Chef Ramsay gets up close with rhinos, giraffes, zebras and hippos in the dramatic wilderness of KwaZulu-Natal, South Africa. Adam Liaw returns for a massive second season, where he continues to cook, laugh, and explore culture with some of Australia's most beloved in The Cook Up With Adam Liaw S2. 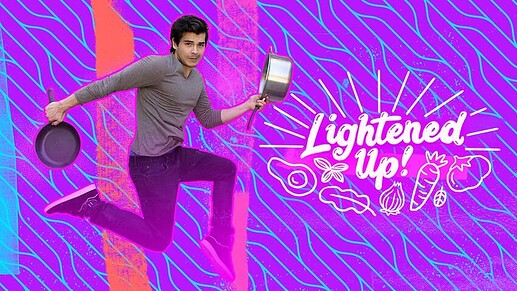 From Monday 11 April 7:30 PM, 15 episodes (it will be shown on weeknights across three weeks)

Episode 1:
Rick Stein launches his new series about his home county of Cornwall with a trip back in time to his early days running a nightclub in Padstow.

Premiered on the BBC in January 2022