Should have just stuck with Rox Fm. 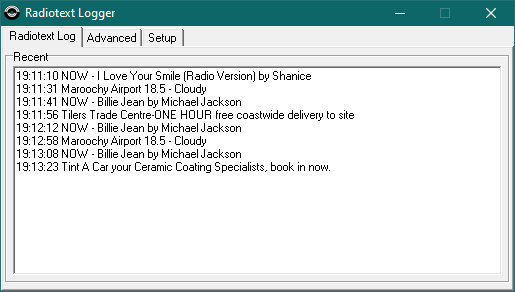 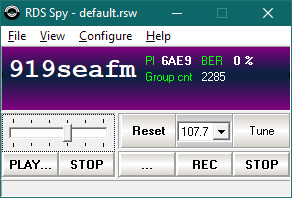 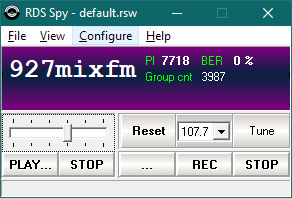 Radio Data Spam…
We need a filter for that!

We need a filter for that!

At least not as bad as Bay FM

BayFM have been doing that for years, the guy who set that up for them was the guy who originally set up the CoastFM Gosford RDS & he suggested we do that too, but we decided not to.

I heard BayFM (do or did?), get more sponsorship money using the RDS, they sell/sold it as an bonus to the on air sponsorship spots, along with being listed on their web site.

I last recall seeing a little RDS advertising on MIX with both SEA & MIX calling for RDS advertisers on their RDS RT feed, so now it’s been fully implemented

I agree not something I like to see RDS used for, but I’m sure the advertisers do…
AFAIK this might be the only commercial broadcaster in the country carrying adverts on RDS. Perhaps I should’ve been whispering that?

BayFM have been doing that for years,

Another community broadcaster that also comes to mind indulging in this practice is 2VTR is Tumut, NSW.

Sadly I fear this was always going to be an inevitable use of RDS. Hope it doesn’t catch on too widely.

A random thought I had today on what would be a good use of RDS- for stations like Triple M that take AFL/NRL, putting the live score of the game being aired on RDS (refreshing every 30-60 seconds for so) would be a pretty cool and handy feature to have especially for people listening while driving, for example:

I do wonder how difficult this would be to implement, however given some of these stations are able to link to a data feed for weather on RDS I imagine it would be a similar process to that.

Triple M Sydney were doing this for NRL games, not sure if they still do or not.

Triple M Melbourne also did this around 2017-18 with the AFL and the Cricket. Haven’t seen it since.

Just curious for the Western Sydney folk with great reception of WS FM 88.3 or 99.1 does it have RDS? Just for my curiosity. I think my reception is good enough (but still marginal in the car)to get RDS on 99.1 FM but its hard to know as the reception is still fairly weak. My gut feel I don’t think it is on. From memory people have posted here it has been off for a while. I should have tried the other week at Box Hill

Just curious for the Western Sydney folk with great reception of WS FM 88.3 or 99.1 does it have RDS?

Hi @Laoma. You’re correct, RDS is not on for the lower powered outlets & hasn’t been for years.

BTW anyone know if 92.5 Music FM have reactivated their RDS?

One bit of RDS news:
The ‘RDS Spy’ developer has released some recent updates to their app.

93.3 SBS Brisbane now appears to have RDS. PS is ‘SBSRadio’ (fortunately no rotating text here) and PTY is ‘Culture’

Given SBS Canberra (105.5) also got RDS recently, I would imagine Perth, Adelaide, Hobart and maybe Darwin will also get RDS on SBS soon too (if not already).

SBS Radio RDS was not on this morning in Brisbane yet was after 4pm. A daytime effort for BAI staff.

Interesting that, given that SBS Radio 2 (SBSBFM) is a network, that they have started adopting unique/individual PI codes, at least in case of Sydney & Brisbane.
I’ve no idea as to current case in other existing cities where RDS for SBS Radio 2 is already deployed, suspect they’d only change their PI codes where a TX change occurred or RDS encoder is replaced…

I added the new entry into our RDS List