the RDS subcarrier is -75dB or lower

Does that mean you need a strong 75dBuV urban grade signal to get a full RDS decode on Triple J Sunshine Coast?

Does that mean you need a strong 75dBuV urban grade signal to get a full RDS decode on Triple J Sunshine Coast?

A complex issue. High modulation levels of main signal or weak reception can or does wipe out low 57kHz RDS subcarrier levels. Probably to get reasonable RDS decodes you probably need the RDS subcarrier to be sitting 15dB consistently above modulated baseband signal that extends or deviates across the 57kHz subcarrier.
Easy to see what’s happening when you look at a FM broadcast MPX with a SDR & PC with regard to BER & RDS decoding etc & signal levels.
Heavy subject for a Friday night sorry

It makes intuitive sense; for any signal to be resolved, it has to break through the underlying noise floor and/or interference.

And don’t be silly: there is no better way to spend a Friday night than delving into the minutiae of RDS nerdery.

Oh thank goodness someone else has now seen this and proven it wasn’t just my imagination! Thank you for sharing.

FWIW, I have again managed to receive it in that flat section of the Bruce Hwy between the Big Pineapple and the Bli Bli turnoff. But it’s still super tough to receive.

The best location was still driving down the hill from Mapleton towards Dulong where you’re staring at the transmitter near the lookout the whole way along. Given how tough it was to decode there, so close, it’s incredible you managed it in Brisbane.

The thing I haven’t checked, is there any sign of it on 88.7 ABCFM from the same site? Or is Triple J the outlier?

I find Wave FM Illawarra’s RDS very hard to decode, even if I have a very clean signal.

I find Wave FM Illawarra’s RDS very hard to decode, even if I have a very clean signal.

I have noticed that too. With my dx setup optimised for southern signals I cannot always get a full RDS decode. Most of the times I can get station name but not the scrolling text. When I do get the scrolling text it can take a few minutes for that to decode, by then the song title is incorrect.

Tropo enhancement is the only time I get both to decode instantaneously. i98’s RDS decodes quite easily.

Agree, and i have the added complexity of 2CHR from Cessnock on the same frequency.

Previously the 92.9 RDS subcarrier (57kHz) was average peaking at around -45dBFS (ref SDR#)
Now it’s down to -58dBFS. It’s not a major issue for ABC Classic due to the high amount of quiet/soft music that they broadcast. This RDS level is approximately the same as Wave FM’s low RDS level.

In the sample pic below, due to quiet Classic FM music, the RDS subcarrier is easily seen & peaking well above harmonics at 57kHz. 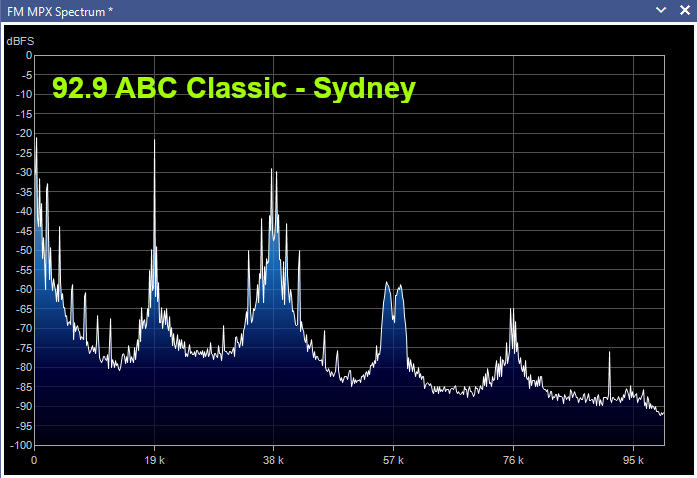 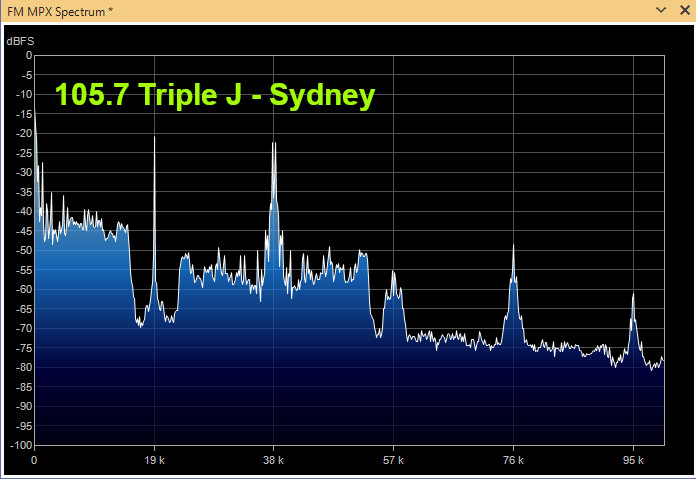 The RDS signal is below that of the modulation harmonic peaks at 57kHz.
Thus RDS would not be decoded or subject to high BER.
Their current RDS subcarrier now has an average peak of -62dBFS,
masked in this sample pic by modulation peaking at -55dBFS.
A few weeks ago Triple J’s 57kHz subcarrier was peaking at -43dBFS
(almost 20dB higher!)

@RFBurns do you know why the ABC or contracted techs have made these RDS level changes to ABC Classic/Triple J at Gore Hill?

On other RDS news:-
In PERTH: 88.5 VCA has reactivated their RDS & changed their scrolling Dynamic PS to a sensible static PS

. Now displaying as: VCA 88.5
Their PI code has changed from A0FF to a disappointing default FFFF.

In BRISBANE: As previously mentioned here, 98.9 disappointingly reinstated their Dynamic PS.
The PS appears to be exact copy or echo of what is pumped out on their RT.

@RFBurns do you know why the ABC or contracted techs have made these RDS level changes to ABC Classic/Triple J at Gore Hill?

Don’t know exactly, but I’m pretty sure over the past 6 weeks, BAI replaced the all of the PIE Racks at Gore Hill for ABC & SBS Radio & TV. It’s probably related to that, they might still need to set everything up properly & need to adjust the RDS injection levels?

Noticed what appears to be default TX RDS on 2BBB 107.3 along the Pacific Hwy up to the roundabout at Coffs Harbour South. Station name alternated with SOLIDYNE . I didn’t see this on 93.3. 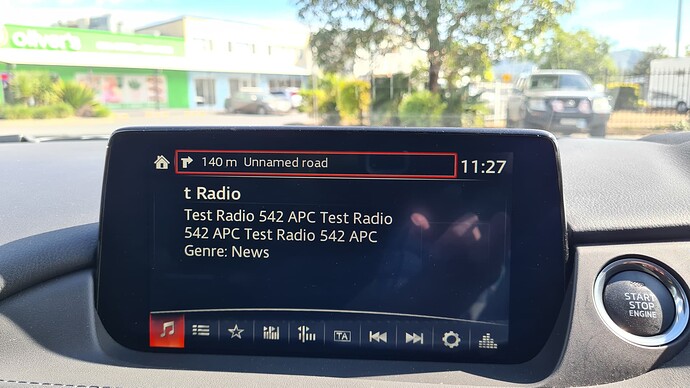 Yes, I reported the other week that RDS is on the main 2BBB signal but not the translator. The techs haven’t set it yet. Not high on the priority list at the moment while the studios are rebuilt.

Yes, I reported the other week

Oh that’s new I think? Must be dynamic PS then.
Is it scrolling?
@Mechsta reported or just showed the SOLIDYNE pic previously.
So what’s the station name displaying as?

Thanks, i must have forgotten about that.

Also noticed reception into Coffs is better than it used to be on 107.3. Previously it was virtually non existent, now it’s fair.

JJJ Sunshine Coast during some talk this morning with RDS. 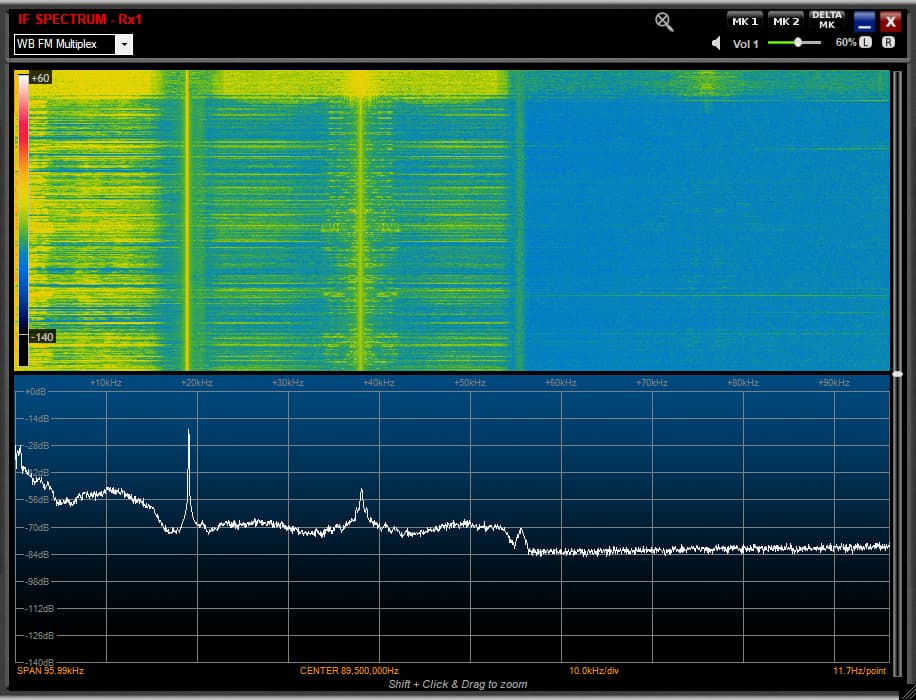 Solidyne stuff is shit, I’ve worked with it before, I wouldn’t use it as a boat anchor (couldn’t trust it to work even for that), I certainly wouldn’t recommend it to any station.

JJJ Sunshine Coast during some talk this morning with RDS.

Gosh the RDS 57kHz subcarrier must be very low amplitude…?
In every case I have seen to date of an RDS subcarrier there is a
typical double peak/hump at 57kHz, but I don’t see that here & yet
looking at the apparent noise floor above 57kHz, eg 60kHz the
noise/audio floor is around -82 to -83dB, so if RDS decoding is
happening, its weird.
Maybe something like only one RDS subcarrier sideband is being
transmitted re that solitary small peak at 57kHz? Need a wider x
axis on graph to tell.
I’m out of my depth here…

Some RDS caps from Woolgoolga Headland

89.5 2GF looks to have RDS switched on but it just throwing out blanks 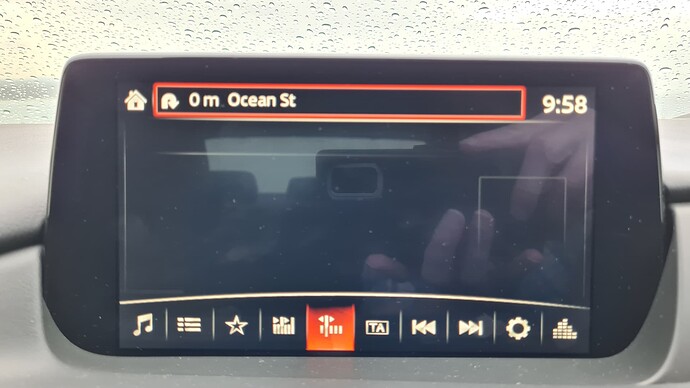 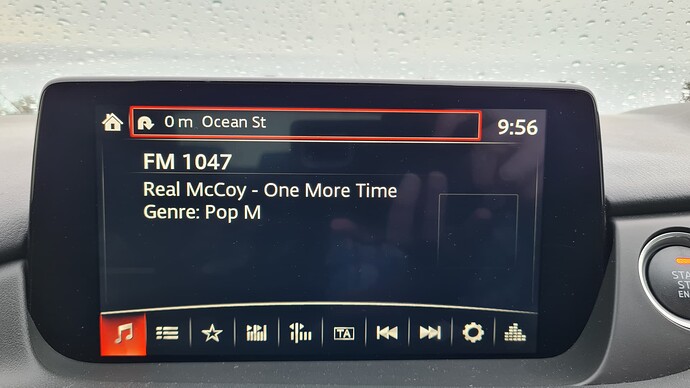 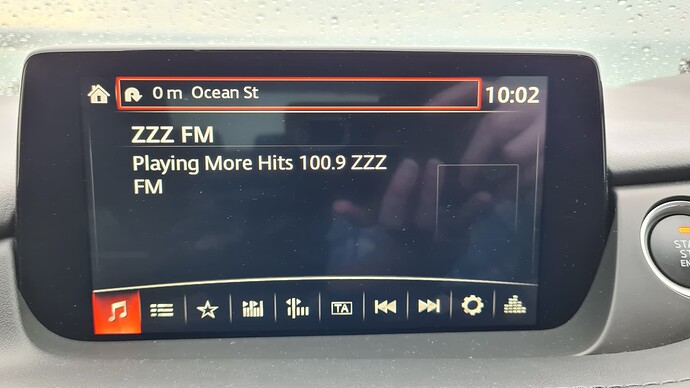 Some RDS caps from Woolgoolga Headland

I also went up to Yamba, from there I also got ABC Classic 106.1 and Triple J 107.7 from Brisbane, though they were very weak.

I will post more on these in the AM-FM DX thread.

Sometimes the station name for 105.1 Kempsey is appearing correctly as Hit105 1, mostly in the morning. But some afternoons and every night I’ve checked it changes to Hit102.3 (as with 102.3 in Port Macquarie).

Sounds like there’s a gremlin in their system somewhere, they still ID on air as Hit Mid North Coast