Ten Network Holdings and Southern Cross Media are understood to be in the midst of an exclusive three-month negotiating period to renew their long-standing affiliation deal, the AFR reports. 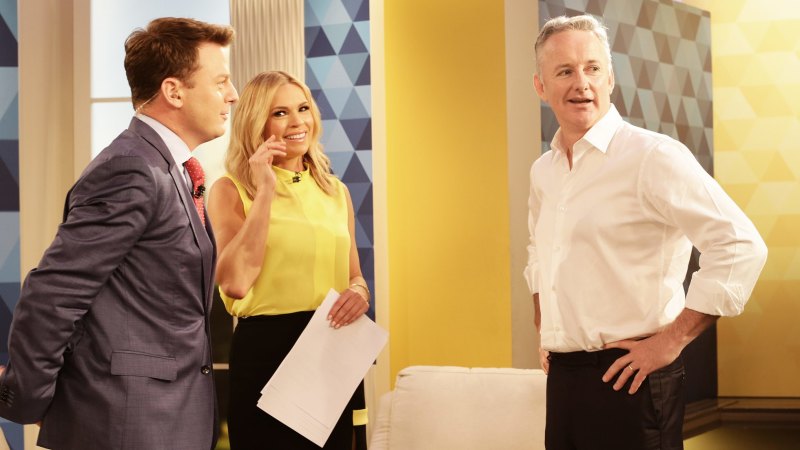 Regional free-to-air broadcaster Southern Cross Media is prohibited from re-engaging in takeover talks with Nine Entertainment Co until the end of February.

Ten’s share price down to another record low of 13.5c.

Ten’s share price down to another record low of 13.5c.

At the current rate of Network Ten’s share price, it won’t be too long before the logo will have to be changed to this!

Sorry, but I just couldn’t resist…

gina, james, lachlan and now foxtel. they all lacked the knowledge that no matter how bad things are for the ten share price, they can always get worse.

that said 13.5c is very low. it does seem like a good time to buy now. with turnbull as PM, and his views on media reform, there has to be a pot of gold at some point for media shareholders.

at this rate they may as well privatise the company

Tens problems started when packer Murdoch and rinehart jumped on board and ruined the place and strategy. Has never really recovered.

Yeah I was waiting for the day they would reach 10c lol. Unfortunately Ten has done a 10:1 consolidation so shares are now trading at $1.30. too ashamed of reaching that 10c milestone.

Tens problems started when packer Murdoch and rinehart jumped on board and ruined the place and strategy. Has never really recovered.

Yeah Ten pretty much went to crap when they bought in around 2010, Ten’s last decent year.

Glad I sold out at 17c. Sell sell sell

Big revenue jump for ten in December and sure to follow I’m January with the big bash continuing to dominate.

Hopefully they continue to grow revenue. They need more money to be made to invest in more variety of programming, news and any sports rights in the future.

Realistically, Ten probably need to get something quite substantial when the Cricket Australia broadcasting rights are next up for grabs (that would be fairly soon-ish, wouldn’t it?) after failing to get any AFL or NRL last year.

Realistically, Ten probably need to get something quite substantial when the Cricket Australia broadcasting rights are next up for grabs (that’s fairly soon-ish, wouldn’t it?) after failing to get any AFL or NRL last year.

Failing to get any AFL and NRL is not what I call it. They can still get the AFL[quote=“cmo, post:11, topic:590, full:true”]
Big revenue jump for ten in December and sure to follow I’m January with the big bash continuing to dominate.

Hopefully they continue to grow revenue. They need more money to be made to invest in more variety of programming, news and any sports rights in the future.

Also shows without sport ten are screwed.
[/quote]
They’ve promoted the news throughout the BBL. Unlike 2015, there isn’t many Australian shows they could promote as it is dedicated to I’m A Celebrity in the schedule. Yes and no, as Ten could team up with Fox Sports for the TV rights, to make it more affordable. Sport needs to be financially viable for Ten, rather then spending big on sports rights that may have no use in it.

The usual trite response from you. When does it stop?

No they didn’t promote the news. They promoted having big bash stories on the news …not the brand or the identities.

And they haven’t promoted jack shit in terms of shows. Nothing for the living room, modern family, NCIS, new eps of returning shows. You are nothing but an apologist.

And in terms of sports…go big or go home. They’ve failed in every rights deal. Every single knew expect the big bash. Every sprt they currently have aside from the big bash is a spectacular failure.

And if they get some sort of crumby afl deal with no prime time it is also a complete waste. So you really need to stop talking crap.

Ms Baldwin was previously Network Ten’s Digital Executive Producer. In her new role, she will be responsible for the company’s digital media business – including the industry-leading online catch-up and streaming service tenplay – and will report to Network Ten Chief Executive Officer, Paul Anderson, and Chief Programming Officer, Beverley McGarvey.

Mr Anderson said: “Rebekah and her team have done a great job over the past three years, launching tenplay in September 2013 and building it into one of the leading online entertainment services in Australia.

“From a standing start less than three years ago, tenplay now covers more distribution platforms than any other online television service. Last year, tenplay generated an average of 25 million page views and 13.5 million video views a month,” he said.

“Rebekah is leaving Ten with our thanks for her great contribution and our best wishes for the future.

“We are delighted to welcome Liz to her role. She is one of the best and brightest digital media executives in Australia, with extensive experience in strategy, content and technology. Our digital media business has seen significant growth in recent years and Liz is the ideal person to maintain and build on that growth,” Mr Anderson said.

The group has made an additional investment in its TV-OOH offering, taking its network to 36 large format, full motion 16:9 screens.

MCN CEO Anthony Fitzgerald says the screens are part of its strategy to create a unified platform for advertisers to reach the customer journey.

“The outdoor media market is one of the most rapidly growing advertising sectors in Australia,” Fitzgerald says.

“With MCN investing and innovating in a true television-style OOH network, we can offer advertisers an incredible opportunity to close the loop and extend their message through to the point of purchase.”

investors not buying the spin.

Wait wasn’t it 10 cents a few weeks ago?