News Corp reports Ray Warren will voice a guest character in a new episode of Bluey which will air on ABC Kids on Thursday, June 23, ahead of State of Origin game 2. The episode, titled The Decider, will feature the Heelers and Lucky’s family watching an Origin clash. It is believed the episode will focus on themes of loyalty and groups, and the dynamics of families where members follow different sporting teams. 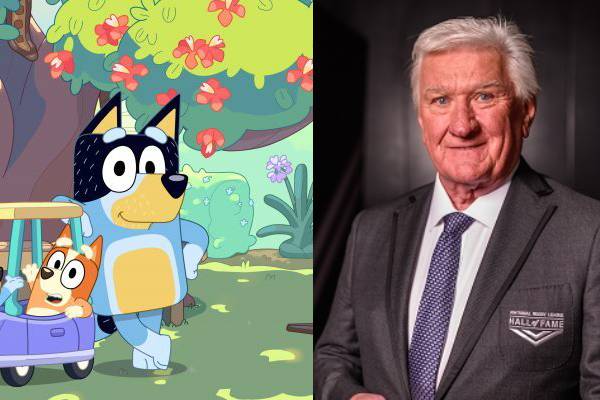 The voice of rugby league Ray ‘Rabs’ Warren is joining forces with Logie-winning kids show Bluey. Ray spoke to Ben Fordham about how the collaboration hopes to bring Rugby League and State of Origin to the world stage. “One of the great things about... 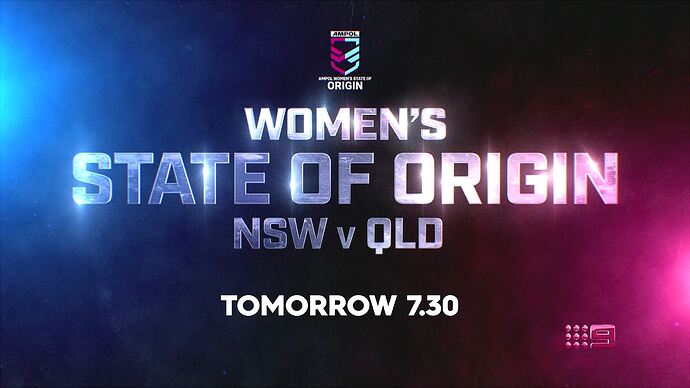 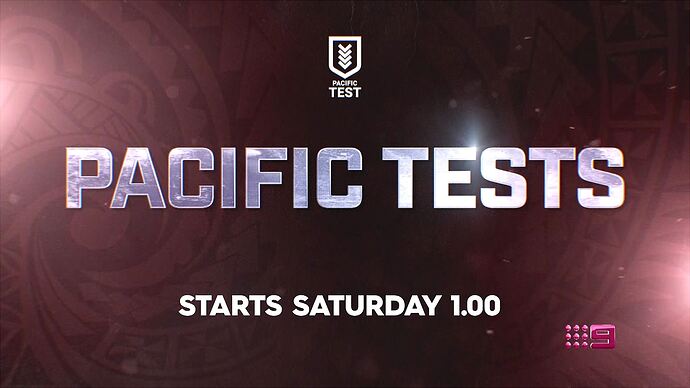 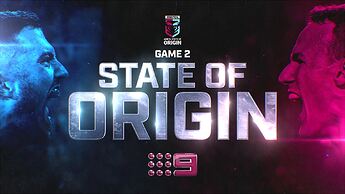 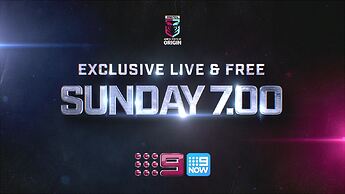 AVAILABLE ON CHANNEL 9 AND TO STREAM ON 9NOW

Four huge days of representative footy on the 9Network will culminate in the second game of the most electrifying series in recent memory when State of Origin II is broadcast Exclusively Live and Free on Channel 9HD and 9Now from Sunday, June 26, at 7.00pm AEST.

The New South Wales Blues are out to level the series at Optus Stadium in Perth after being out-muscled in Sydney by the Queensland Maroons in the opening game of the series.

Hosted by James Bracey , the Wide World of Sports commentary team for Origin II features a lineup of rugby league greats, with Andrew Johns, Cameron Smith, Johnathan Thurston, Phil Gould, Paul Vautin, Paul Gallen and Darren Lockyer all on hand to dissect every moment of the action, and Mat Thompson calling the game live, flanked by Johns and Smith.

In the heat of battle, Wide World of Sports will cross live during play to both Origin coaches, Billy Slater and Brad Fittler, for their view on the progress of their teams.

Danika Mason will deliver all the breaking news from the sideline alongside Gallen, and Allana Ferguson will join the panel in Perth.

9Now will stream the game live with the most comprehensive coverage, featuring four additional streams to choose from:
– Coaches Cam – A split-screen of NSW coach Brad Fittler and QLD coach Billy Slater
– Player Cam NSW – Nathan Cleary
– Player Cam QLD – Cameron Munster
– Spidercam – An eagle-eye view of play to take you even closer to the action

You can also catch up with all the best bits of Origin II in the 20-minute breakdown on 9Now mini-match .

Plus, in the pre-game coverage, viewers will go behind the scenes like never before, seeing how Karl Stefanovic joined the winning Maroons team and Ben Fordham followed the Blues in Sydney on game day in Origin I.

On Saturday, all the power and passion of the finest rugby league talent in the Pacific Islands will be on display in four back-to-back test matches, including the return of the highly emotive New Zealand vs Tonga fixture.

WEEKEND TODAY – Live from 8.00am AEST. Charles Croucher is live from Optus Stadium, Perth with special guests from both teams and Channel 9’s expert commentators.

SPORTS SUNDAY – Live from 10.00am AEST. Roz Kelly is joined by Mark Taylor for an update on all the latest news from the week in sport from around the globe. Queensland’s most capped Origin player, Cameron Smith, joins the show from Perth.

9NEWS – Sydney, Brisbane and Perth’s 9News bulletins on Sunday will go live from Optus Stadium with all the latest news.

WIDE WORLD OF SPORTS DIGITAL – Available on 9Now and YouTube

QUEENSLANDER – The Sunshine State’s favourite sons, Wally “The King” Lewis and Darren Lockyer, give their Maroon-coloured preview of how the Queenslanders are shaping up for Origin II.

Will anyone watch it? I think they are diluting the brand with all these spin-off games. The AFL Under 19 state comp isn’t televised on primetime FTA.

The ratings will be interesting… but good on them for showing it. It has been good viewing, but won’t be everyone’s cup of tea of course.

Pretty sure it was similar last year but in November.

I think so. Not a bad match to watch. Watched it every year since it was first on Fox. I would also ask Is this the first time Channel 9 has had all pacific test matches? Or did they do that last year?

Pretty sure it was similar last year but in November.

Update - sorry I checked and it wasn’t shown last year.

And going by last nights ratings, it probably wont be shown on Njne’s main channel from next year. Probably will go on 9Gem instead if it has to be shown.

Some graphics from NZ 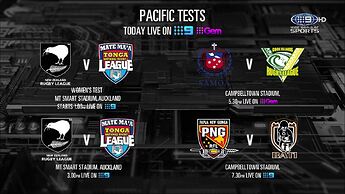 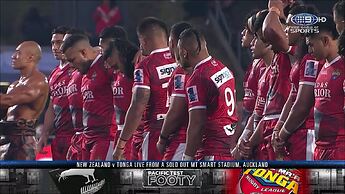 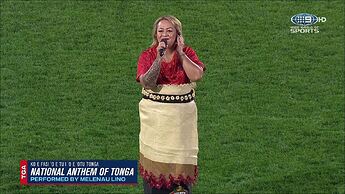 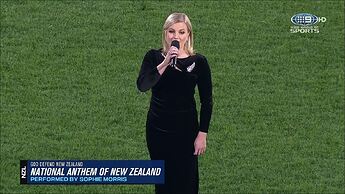 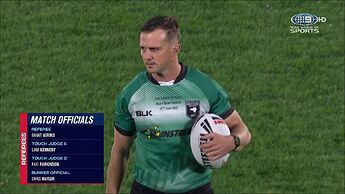 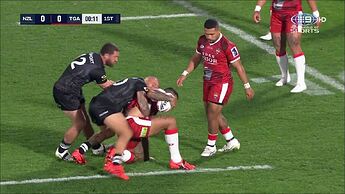 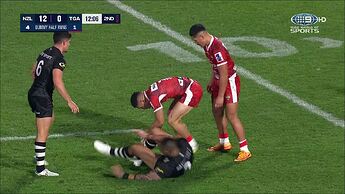 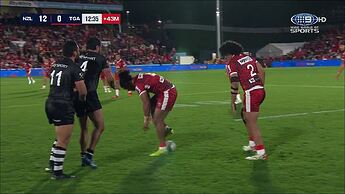 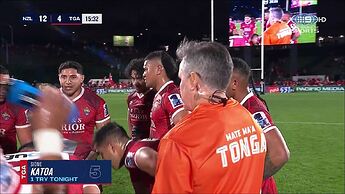 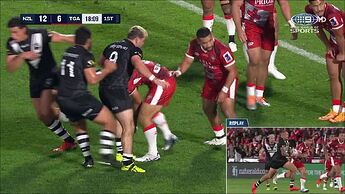 According to The Sunday Telegraph’s Phil Rothfield, Mat Thompson is out of contract at the end of this NRL season. His new agent George Mimis (who manages several members of Nine and Fox Sports commentary teams) told the paper that he would start contract negotiations with Nine in the near future, and is hoping the network will do more to promote Thompson on air.

It is very interesting that 9 don’t promote him on air. He’s never actually featured on air, only his commentary. This isn’t the first time that it’s been mentioned, so I assume that it’s all coming from him and that he wants on air appearances.

I actually don’t believe that 9 want him as their Number 1 caller. People like Dan Ginnane & Warren Smith have been offered commentary positions at 9 in the past, however, given Ray Warren was working, there was no reason for them to go there. Now that Rabs has retired, it would not at all surprise me if 9 chase Ginnane, Smith or even Voss to be their Number 1 caller with the opportunity to call NRL GF’s and Origin. This could be their thinking which would relegate Thompson to Number 2 caller and explain why they never mention or show him on air.

There was an edict a few years ago that Mat Thompson was not permitted to be seen on air. It was reported in the papers. Found it quite bizarre. It’s as though he has leprosy or something.

He’s carved out a good career at nine and his voice suits the game. He just doesn’t have the high profile to be the main caller. That’s nines fault for poor succession planning over the years.

There aren’t really that many stand out play by play callers in league.

Any chance Ray Hadley will return to Nine as their key NRL caller?

Hell no. Hadley was bad the previous time at 9

There was an edict a few years ago that Mat Thompson was not permitted to be seen on air. It was reported in the papers.

Correct me if I’m wrong but I also think Peter Psaltis (caller for most Queensland games) is also never seen on-air as well?

Correct.
Very strange stuff from 9. But then again their coverage is pedestrian and stale at best. Has barely changed in 35 years. This is what happens when the one place has the rights endlessly.

It’s not like Ray Warren was seen on air a huge amount through history either, to be fair.

In fact, his appearance and lack of screen time was even a gag in the 12th Man series at one point.

To be honest, I liked the Friday night double-headers which existed between 2007-15, whereby you had one match live, and the other on replay, depending on which market it was (e.g. a match between the Bulldogs and Eels would be live in NSW, and a Cowboys-Broncos game live in QLD, and the other match would be replayed at 9:30pm in those markets).

What Nine could’ve done was, at half-time of the “live” game, provide a score update of the other game and provide a warning that if viewers wanted to see the other game that immediately followed, and didn’t want to know the score, to “look away now” (similar to how Nine would provide updates on ongoing AFL games when they had the broadcasting rights to that sport between 2002-06).

If this concept were to return (which I can’t see happening for the foreseeable future), viewers who want to watch the match that would be delayed on Nine would watch it live on 9NOW.