It reminds me of the old Nova during the 2000s. They had a great playlist, especially 106.9 in Brisbane.

Nova 100’s Chrissie, Sam and Browny will be hosting the AFL Grand Final Breakfast show live from The Pub at Crown Melbourne, next Wednesday week (September 21) from 6am to 9am. Competition is now open to win audience tickets to the event.

Nova 100 is airing the best of Chrissie, Sam and Browny today, as the team is in Warrnambool visiting Jonathan Brown’s home after the death of his mother Mary. Browny has been absent from radio and Fox Footy’s On the Couch for the past two weeks.

According to the Herald Sun, Kate Ritchie’s leave has been extended and she is due back on September 26. Kate was initially due back for three days before leaving once again to fulfil another filming project, however Nova agreed a few weeks ago to extend her leave.

Kate Ritchie is back on Monday, which is actually September 19. 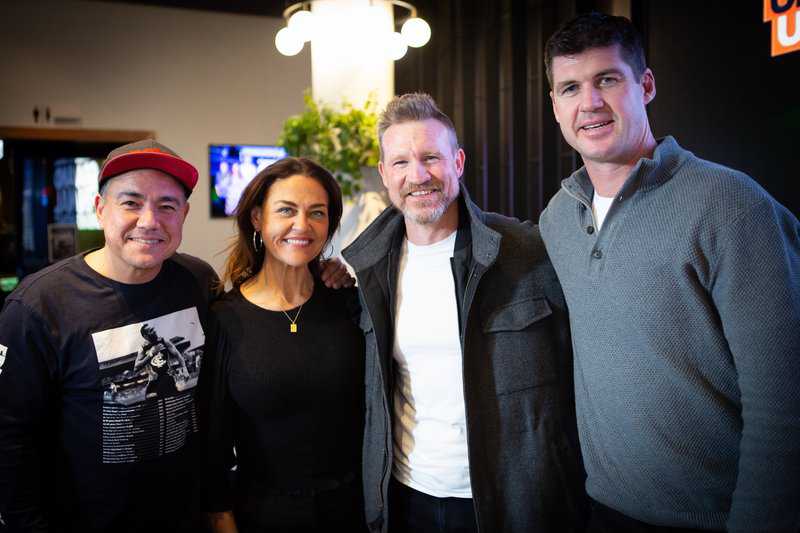 Nova’s Chrissie, Sam and Browny rock The Pub at Crown

Chrissie, Sam and Browny were on air with an early breakfast show today live from 5.30am as they hosted their annual Grand Final Breakfast.

There was a technical hiccup when the hosts talked to Sydney’s Josh Kennedy by phone just after the 8am news. The broadcast was cut when Sam Pang was posing a question to Josh and the producers quickly threw to a traffic update and a song, before the problem was fixed.

Why does Nova play the same songs over and over all day? I’ve heard Harry Styles 5 times today already!

The joys of CHR stations. Flog the same tight playlist.

The joys of CHR stations. Flog the same tight playlist.

Fine use the existing playlist in Perth, Adelaide, and Brisbane, but Sydney and Melbourne need their own logs, and the number of spins for top 40 songs closer to those on the KIIS 106.5 log.

BTW ARN turned WS around by fine tuning the music, it use to behind Nova 969 in the Sydney ratings. They took it to #1 fm station, and even beat KIIS in Breakfast in one or two surveys if I remover correctly. I don’t think Nova 969 can do this but it certainly could rate higher then what it is now.

So they’re all on holidays next week instead. Kate, Tim and Joel as well as Fitzy and Wippa. Seems they choose to have the school holidays off rather than the survey break.

Same with Ben Fordham on 2GB.

I’m glad their employers are so flexible with them all. It’s great to see.