Clearly lifestyle shows must be doing well by Nine’s standards since they are so obsessed with them.

Sounds like they have a sort of first option on WTFN series too, since they pick up a fair few of their shows nowadays.

Are they trying to compete with Better Homes and Gardens?

Looks like Peter Walsh, who previously appeared on The Living Room will be on the show based on this?

Yes I saw the promo the other day. He does the declutter thing and then Cherie Barbour or whatever her name is does the make over of the space. Then there’s some other dude that helps the people as well. It’s just old elements of the living room repackaged into a narrow focus of the show. Looks like the major hook is the before and after etc etc. I think it could be effective for 9. 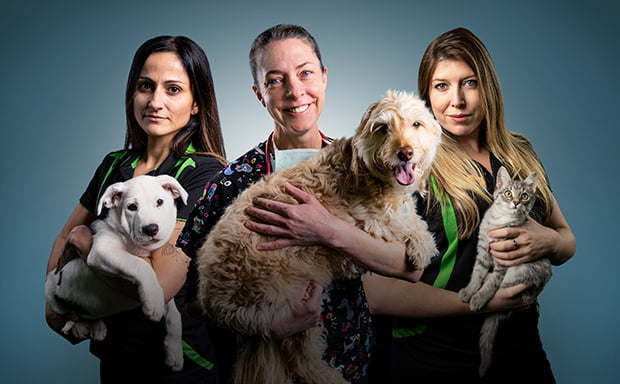 Australia’s Nine Network has commissioned a documentary series that follows the daily adventures of a Melbourne team whose mission is to give abandoned pets a second chance at life.

Unfortunately the article is behind a paywall. Hopefully Nine will post more details on the new show this week.

Found some info via Google. It will feature Lara Shannon who was on a Ten program Pooches at Play. 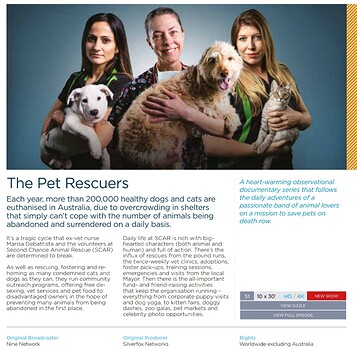 What Paramedics is to Ambulance, The Pet Rescuers is to The Dog House. 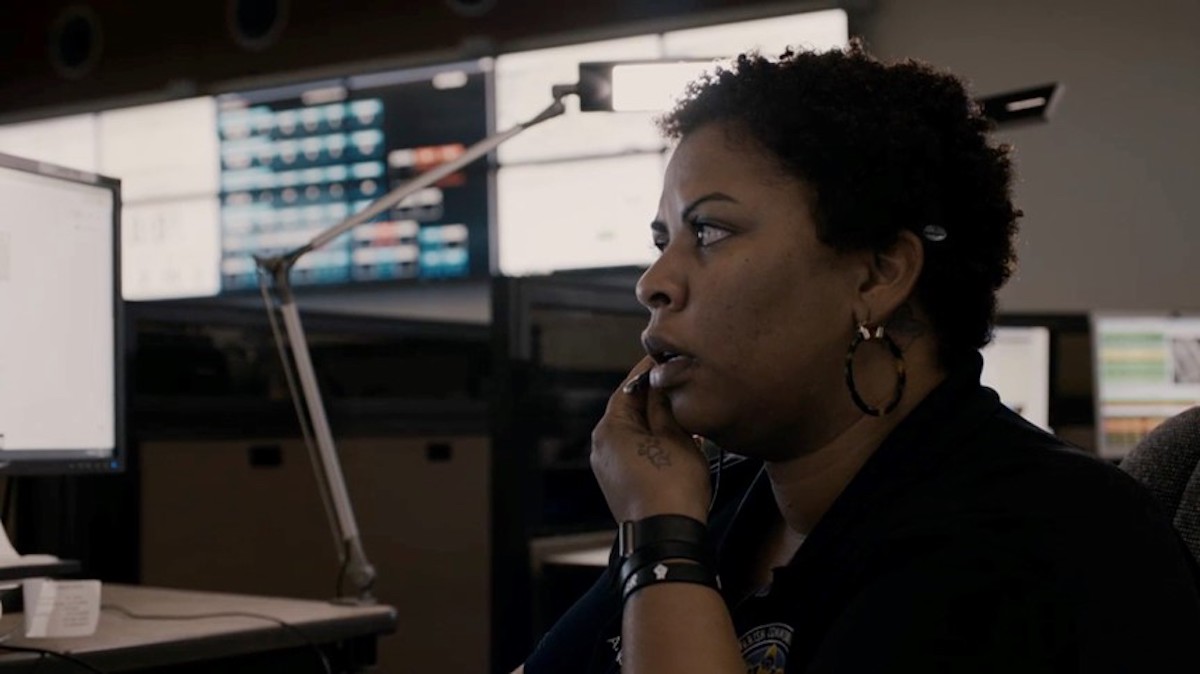 Nine in Oz, TV3 in NZ & Netherlands’ Talpa TV calls in US version of...

Australia’s Nine Network, New Zealand’s TV3 and Talpa TV in the Netherlands have picked up ABC's US version of documentary format Emergency Call. The show is produced by 8 Hours Television and follows the ups and downs of regular shifts in an...

Seven showed the Australian version of Emergency Call in 2018.

EMERGENCY CALL EMERGENCY CALL goes behind the scenes at call centres which respond to 000 calls and the call takers who are the first responders to an emergency situation. Whether it’s a traffic accident, a cardiac arrest, a terrifying call from someone being stalked or the crazy callers who think that 000 should unblock their toilet, EMERGENCY CALL allows the viewer to listen in on the most challenging situations. EMERGENCY CALL is a Lineup Industries format, produced by Seven Studios.

A new animal show has also been produced for Nine, called The Bizarre Pet Vets, which is distributed internationally by Australia’s Flame Distributions.

Other factual titles include The Bizarre Pet Vets (6×60’), produced by Australian prodco Metamorflix for Channel Nine. The show sees Dr James Haberfield treat some of the most unusual pets in Australia at his clinic. 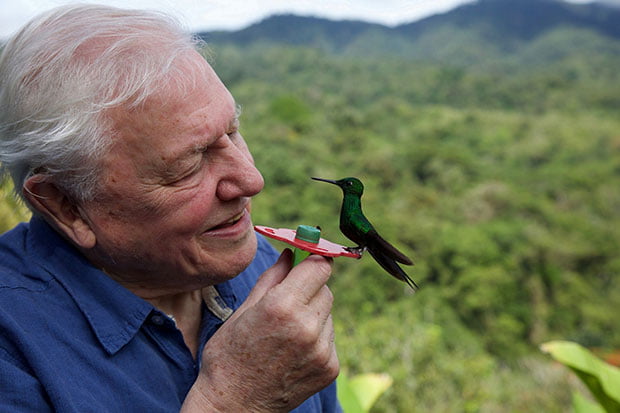 Nine has acquired 3-part documentary Epstein’s Shadow: Ghislaine Maxwell, which premieres on US streaming service Peacock on June 24 and Sky UK on June 28. 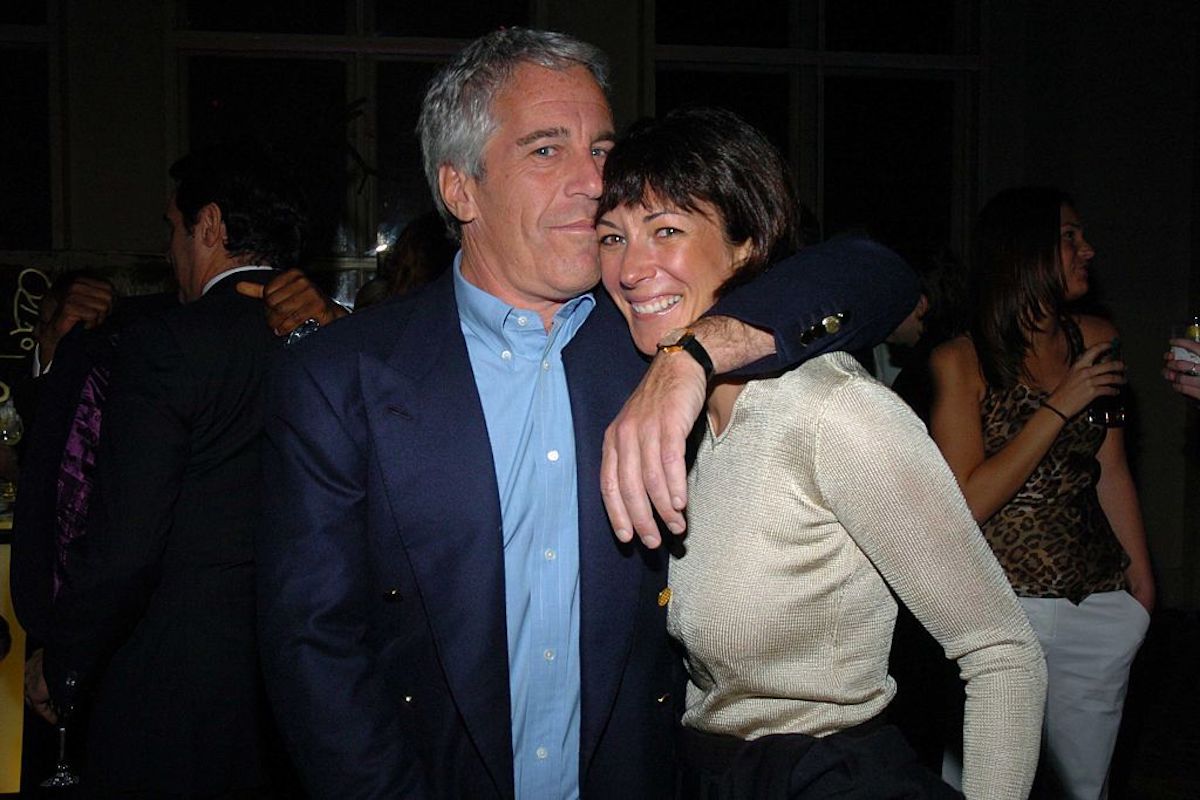 This could draw a crowd, could be a nice pick up by Nine

Sounds like an interesting show, Yvie is a good choice if she is attached to the project too.

Professional chefs are set to replicate famous snacks in a new series for Nine.

Have watched the ÛK version with Fred….it’s interesting, the host is a big part of the show with a bit of comedy thrown in……come on down Manu

Or Masterchef: The Professionals.

Where this show should be airing: 9Life during the day.
Where it’ll probably air: On the main channel at 7pm Sundays + 7.30pm Monday & Tuesday.

And most like in 90 minute episodes, extending up to 120mins

Where this show should be airing: 9Life during the day.

This show reeks of heavy product placement (like replicating Kit Kat’s, probably Tim Tams etc). Nine would be making money way before this even airs. They should at least get chefs to replicate some home style Aussie favourites like Pavlovas or Lamingtons.

And most like in 90 minute episodes, extending up to 120mins

LOL, you’re probably right knowing what Australian commercial TV is like these days!

Not too sure about the choice of host either. While Yvie Jones is decent enough talent, it probably would’ve been better to go for someone with a more “foody” background.

They should at least get chefs to replicate some home style Aussie favourites like Pavlovas or Lamingtons.

I agree. Or since it seems that the chefs will be attempting to replicate popular manufactured food, perhaps we’ll even see them try to replicate some Arnott’s favourites like Tim Tams or Iced Vovos? A good product placement opportunity there!

probably would’ve been better to go for someone with a more “foody” background.