Suncorp Kids Tennis Day returns to Brisbane International at the Queensland Tennis Centre Sunday, January 3, 2016 with appearances by Roger Federer and some of the world’s best tennis players, performances by Aussie pop sensation At Sunset and live shows from Nickelodeon character favourites.

From 9am – 1pm AEDT, kids can meet their favourite Nickelodeon stars including SpongeBob SquarePants, Dora the Explorer and in a world-first – experience the PAW Patrol live show and meet the characters.

From 11am, the Pat Rafter Arena Spectacular brings together players and Nickelodeon characters for tennis fun, with an epic live performance by At Sunset, who will debut their brand new single, Kiss Me.

“We love the summer of tennis and are super-excited to perform our brand new single for the first time ever to Brisbane families," said Harrison Kantarias from At Sunset.

"We’re huge tennis and Nickelodeon fans, so can’t wait to share the stage with some of our favourite stars – bring on the Teenage Mutant Ninja Turtles.”

Suncorp Kids Tennis Day brings kids and families together to celebrate and share in the excitement of the Brisbane International tournament, taking place 3 – 10 January, 2016.

Throughout the day, kids will have the chance to play ANZ Tennis Hot Shots with qualified coaches and watch players practise ahead of the Brisbane International.

Tickets are selling fast via Ticketek. Kids under the age of 16 are FREE with a full paying adult. Suncorp Kids Tennis Day runs from 9am to 1pm on Sunday, 3 January at the Queensland Tennis Centre.

Nickelodeon will also launch an All Stars Tennis App to coincide with the Australian Open events.

Kids will be able to test their tennis skills against characters such as SpongeBob SquarePants and climb the All Stars Tennis ranks from Rookie to World Champion.

The app will be available to download on iOS and Android.

For the complete list of Kids Tennis Days in Brisbane, Sydney and Melbourne and to purchase tickets, visit: http://hotshots.tennis.com.au/kids-zone/

Delta Goodrem announced on Today Show this morning she would host this year’s Slimefest, to be held in Melbourne on September 25 and Sydney in September 30. Since there are two shows per day (11am and 6pm), I am not sure if Delta will host all four of them. Highlights from Slimefest will air on Nickelodeon channel on September 30.

Nickelodeon and CBS Television Studios are moving forward with an animated Star Trek series for children. With 2.9B YouTube hits it was only a matter of time before Nickelodeon made this its next series.

New episodes include a sponge-tastic, birthday-themed hour-long special, SpongeBob’s Big Birthday Blowout , a deep dive into Australia’s Great Barrier Reef with the locally produced SpongeBob’s Reef Adventures , a Frank the Fish mystery episode, Bikini Bottom Mysteries – There’s Something Fishy About Frank , and a look at the spin-off series, The Patrick Show , all available to stream On Demand this July.

Saturday July 13 at 4pm on Nickelodeon and stream On Demand

The episode is a tribute to one of the most iconic TV shows and characters ever created, and in a series first, invites the talented voice cast to the screen to take their well-deserved curtain call for their efforts in bringing the series’ characters to life. In the episode, SpongeBob and Patrick tour the surface world while the rest of Bikini Bottom prepares a birthday surprise for SpongeBob!

Take a deep dive into the Great Barrier Reef with SpongeBob SquarePants to learn about Australia’s stunning ocean and marine life. In collaboration with not-for-profit organization Citizens of the Great Barrier Reef and Emmy award-winning marine producers, Biopixel, Nickelodeon Australia has created an awe-inspiring short form series that turns the science of climate change and the complexity of one the world’s most unique ecosystems, the Great Barrier Reef, into an entertaining and relatable content experience for kids. The 7-part series combines 4K ocean cinematography with vibrant 2D animation from world-renowned SpongeBob SquarePants and takes kids on an underwater adventure into the curious creatures and features of Great Barrier Reef and the threats it currently faces as a result of climate change.

In the first episode of this spin-off show, Patrick accidently falls in a pit while on vacation with SpongeBob and ends up meeting some wacky friends.

There is something fishy about Frank, he has multiple names, multiple personalities, and even multiple wives?! What is this fishy flounder hiding? Think Bikini Bottom is a quaint little underwater city? Well wake up, because things are about to get… fishy! With a closer look, you’ll find more secrets, scandals, and unsolved mysteries than you could possibly imagine.

In addition, Nickelodeon also has the fourth season of its locally produced kids’ reality TV series, SLIME CUP , returning to Foxtel and streaming On Demand this July.

Bigger, better and ‘SLIMIER’ than ever before, the six-episode series, which premiered on Monday July 1 at 5.30pm and continues every Monday at 5.30pm until August 5, challenges teams of kids to compete against one another to complete a SpongeBob SquarePants inspired SLIME-filled course with hanging jellyfish, slippery SLIME holes and much more, all for the chance achieve glory as the official SLIME CUP champions! If, by chance, your kids can’t get enough of Lego, Nickelodeon has you covered. 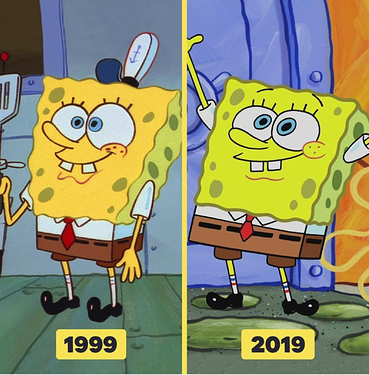 These school holidays, Nickelodeons’ SpongeBob SquarePants will be popping-up on Foxtel with his very own dedicated channel as part of the iconic TV character’s 20th anniversary celebrations.

Kids, and big kids at heart, can watch their favourite yellow sponge 24/7 from Saturday, September 21 , until Tuesday, October 8. The 18-day mega marathon will air 11 seasons , 240 episodes and more than 432 hours of the laugh-out-loud, globally-acclaimed series.

This activity will mark the first time the subscription TV provider, Foxtel, has produced a dedicated Kid’s TV pop-up channel which will be available to all residential subscribers.

Get your SpongeBob fix on Foxtel, channel 702, from Saturday, September 21 to Tuesday, October 8.

Nickelodeon will still air regular programming on Foxtel, channel 701 (Nickelodeon) and 703 (Nick Jr.) during this period. The Pop-Up channel will be accessible to all Foxtel residential subscribers.

Nickelodeon is commemorating 20 years of SpongeBob SquarePants with a 12 month tribute to one of the most iconic TV series and characters ever created. The series, created by Stephen Hillenburg, launched July 17, 1999, and has reigned as the number-one kids’ animated series on TV for the last 17 years, generating a universe of beloved characters, pop culture catchphrases and memes, theatrical releases, consumer products, a Tony award-winning Broadway musical and a global fan base. SpongeBob SquarePants is currently seen in 208 countries and translated into more than 55 languages.

Does this mean we’re closer an HD Simulcast Of Nickelodeon than ever Before, Two young boys unboxing toys on YouTube are getting their own series on Nickelodeon. 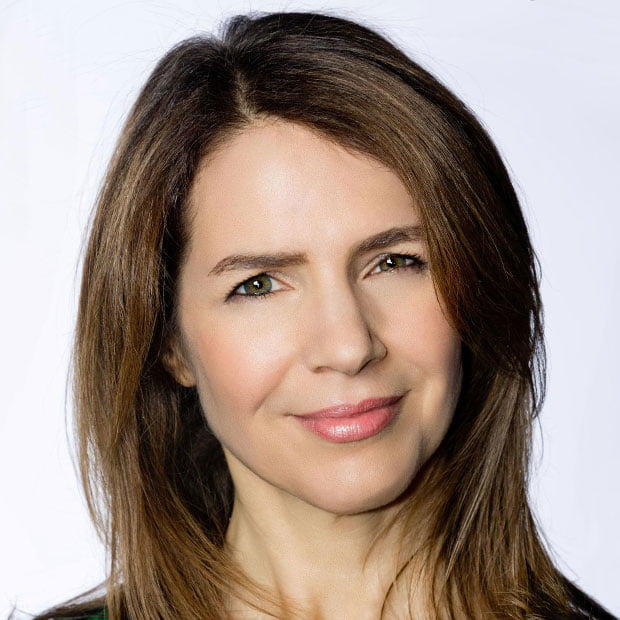 MIPCOM: Nickelodeon International has ordered live-action comedy series Goldie’s Oldies, marking its first exclusive original commission for its channels and platforms in more than 170 territories outside the US. Just saw a Nickelodeon branded Foxtel/Fetch TV ad on 10. Interesting to see ViacomCBS’s efforts of advertising their other brands on FTA TV is already in full swing before their Sales departure from Foxtel Media in April. 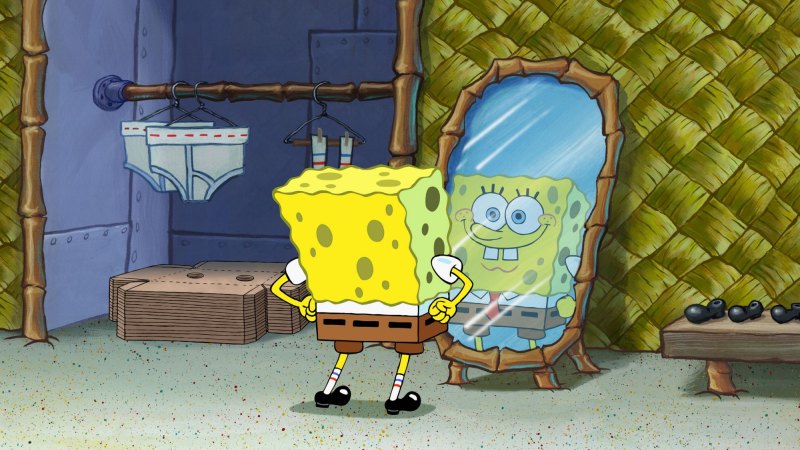 Foxtel is negotiating with ViacomCBS about the extension of Nickelodeon. 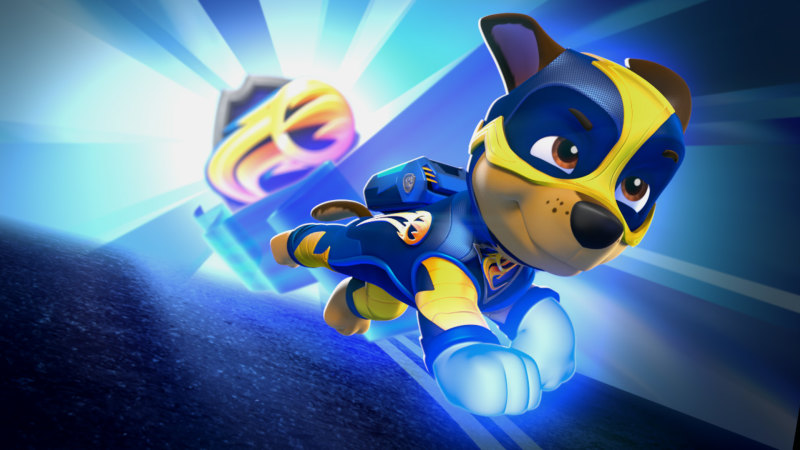 Nickelodeon content will appear on Foxtel's soon-to-launch entertainment service after a new agreement was signed.

Slime-tastic Kids' TV awards will present a lockdown event in 2020.

The Smurfs are coming to Nickelodeon. The ViacomCBS-owned network has partnered with LAFIG Belgium and IMPS, the worldwide licensors for The Smurfs, on a new original CG-animated series based on th…

The English version will premiere in the US in 2021, followed by other countries including Australia.

Has Any Promos for the NickMusic shown up on Nick or MTV yet???

Nickelodeon-owned channel set to be "a new channel that kids will love and parents will trust.”


Nick Music will complement the four new MTV-branded music channels coming to Foxtel on July 1. All five channels will be owned by ViacomCBS.
JohnsonTV July 8, 2020, 6:04am #20

Real Pigeons, a series of children’s books by Melbourne author Andrew McDonald, will be adopted into a film and an animated TV series. 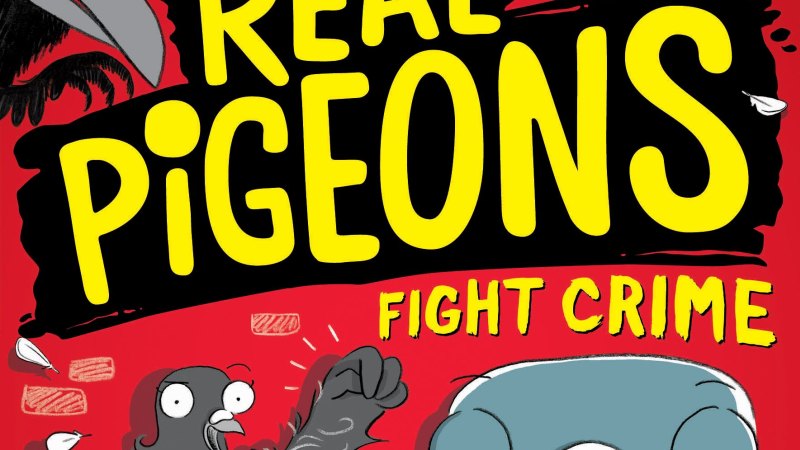 It's a coop: local kids' books to be Nickelodeon film and TV series

A homegrown kids' pigeon detective book series will become an animated film and TV series made by Nickelodeon and US TV star James Corden.