Are you sure about that? FIFA generally mandates that key games have to be FTA.

I see that because I thought that nothing have been heard about 2022 FIFA World Cup on NZ TV. I have not been watching Prime that much lately So only about 100,000 watched it on Spark Sport? Seems low… how long can they justify that sort of viewership? ANALYSIS: Some old favourites are back, Robyn Malcolm is playing both sides and dating shows are so 2022. But who is more likely to keep local viewers? 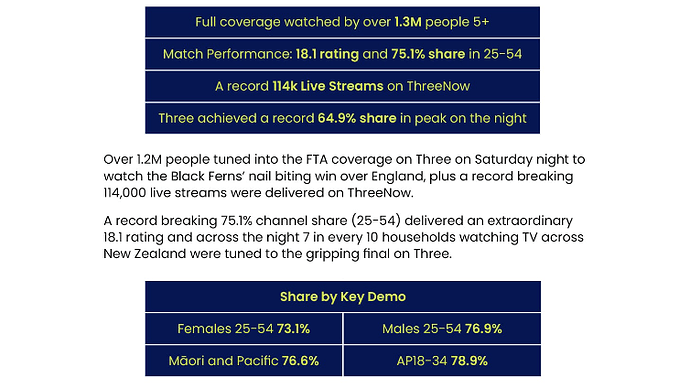 Don’t know how this hasn’t been reported here yet but TVNZ 2 have new idents.

TVNZ1 will show the 2-part Kath & Kim 20th anniversary specials at the end of November, one week after Australia. Our Effluent Life will air at 8.55pm on Monday, November 28, followed by Kath & Kim: 20 Preposterous Years at 9.05pm on Tuesday, November 29.

Kath & Kim: Our Effluent Life features freshly minted scenes with Kath, Kim, Sharon, Kel, Bretty, Marion, Prue and Trude, as well as some never-before-seen moments and too many bloopers and blunders to count on a washing glove-covered hand.

The following night sees the foxy ladies joined by a myriad of friends and stars to take a look deep inside the nooks and unexplored crannies of the Kath & Kim universe in Kath & Kim: 20 Preposterous Years.

The 18th season of The Block Australia will also premiere on Three at 7.30pm on Monday, November 28, and will air on Mondays to Thursdays across the summer. This season saw five new teams plus host Scott Cam renovating six houses at Gisborne South, a semi-rural locale 45km north west of Melbourne.

Handpicked from across the country, The Block: Tree Change has a stellar lineup of fresh-faced couples, most of whom are incredibly eager to tackle this year’s challenge.

But the mammoth construction effort ahead proves too much for one couple, who drop their tools and walk out just three days into filming, rocking The Block to its foundations.

The five city-slicker teams must each build a 500-square metre homestead and complete some 700 square metres of landscaping – adding tennis courts, pools and even a winery, on 10 acres of prime Aussie heartland per couple.

And in his 16th series of hosting The Block, Scott Cam will for the first time be building his own house, and be joined by a new cast member: Frankie, his loveable tan kelpie.

@OnAir @foxyrover @Leotv I was informed that Warner Bros. Discovery NZ had announced live captioning of its flagship news and current affairs programmes through Newshub (e.g. Newshub’s 6pm bulletin, The Project and Newshub Nation). The three programmes are being broadcast live-to-air on Three, with Newshub Nation being repeated with captions every Sunday morning and Tuesday night.

Until this time, TVNZ has been the only network in New Zealand with the ability to have its news and current affairs programmes (e.g. Breakfast, 1 NEWS at Midday, Te Karere, 1 NEWS at 6pm, Seven Sharp, 1 NEWS Tonight, Q+A and various 1 NEWS specials) live captioned with thanks to Able.

According to Sarah Bristow, senior director of news at Warner Bros. Discovery NZ, over 880,000 New Zealanders are deaf or hearing-impaired and cannot fully enjoy television programmes, particularly news and current affairs. Overall, 38% of the people watch programmes with captions every day - whether due to being deaf, speaking English as a second language, or watching due to preference.

As the service expands, Warner Bros. Discovery NZ will, in future, make live captioning in select other live-to-air programmes available.

What do you think of that?

I think it’s great that WBD is doing this. I think it’s crazy that this is the second channel with subtitles! 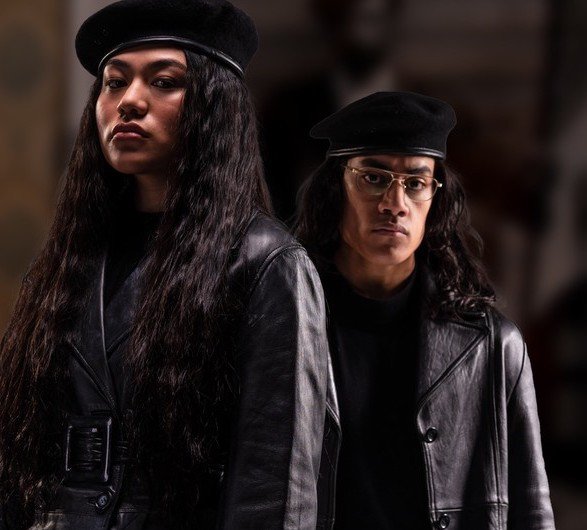 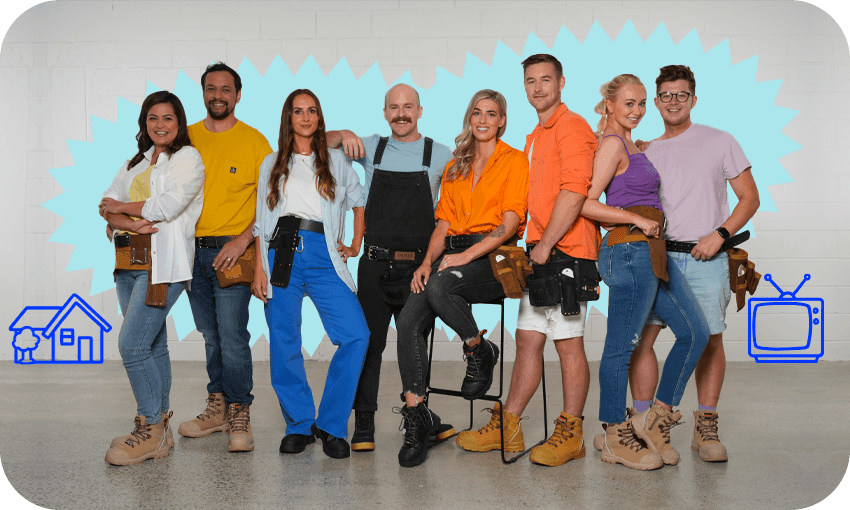 The Block NZ postponed due to ‘challenging’ housing market

Always thought there should be a kiwi version, cant wait!

Wonder who will be the host. Maybe Mark or Clint as he has no shows this year.

Three have got a Christmas watermark. 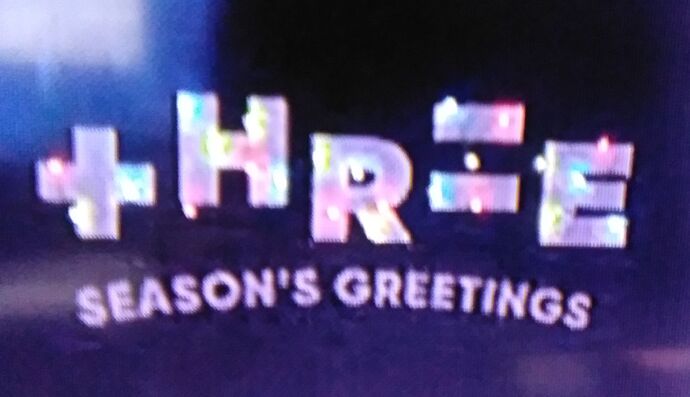 TVNZ have brought back there summer icons 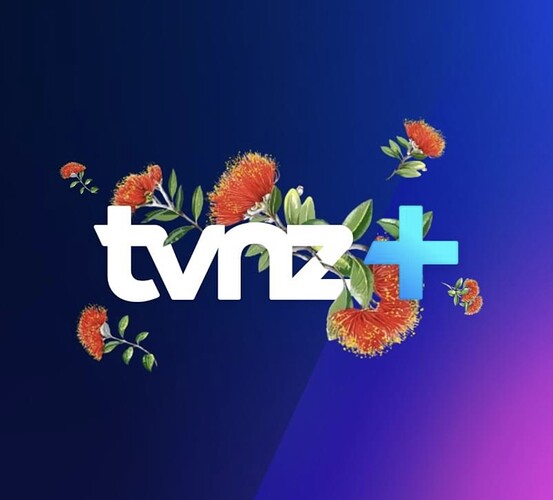 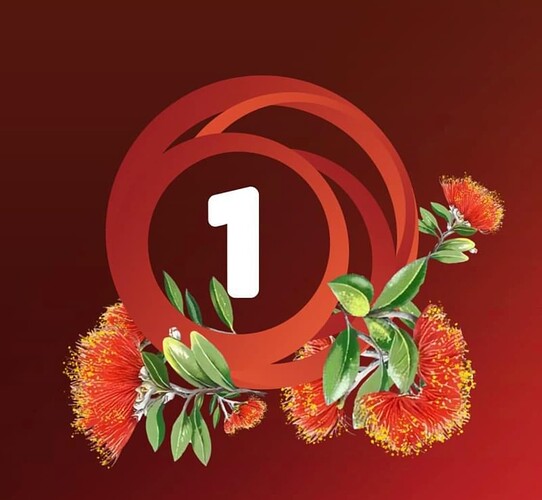 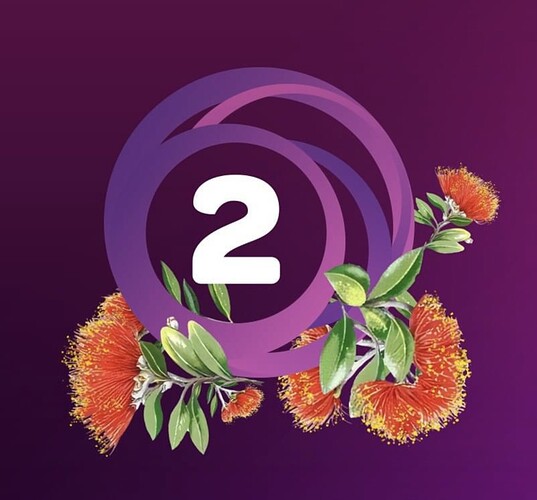 Ahh, so it says that below the logo! You have to get that close to the TV to figure out what the spots are, I couldn’t read the banner at all, I assumed it said Merry Christmas… and that’s in HD! (42-inch Bravia). Doesn’t translate very well to the end-user, I think, but at least the fairly lights don’t blink!

TVNZ’s ones look clunky too, I think, particularly when the bug animates… I’d have the Rata/Pohutukawa stay static and fade out, but that’s just me.