I find it hard to understand how it will be entertaining to watch unfunny jokes. But it’s an interesting concept

This is what I think of the screening order for the second half of 2022.
Hunted / Shaun Micallef’s Brain Eisteddfod
The Masked Singer (three weeks)
The Amazing Race Australia / The Bachelor
The Traitors / The First Inventors / The Real Love Boat Australia

I do worry about the possibility of The Real Love Boat airing right after The Bachelor finishes. There should be a gap between the two relationship shows. 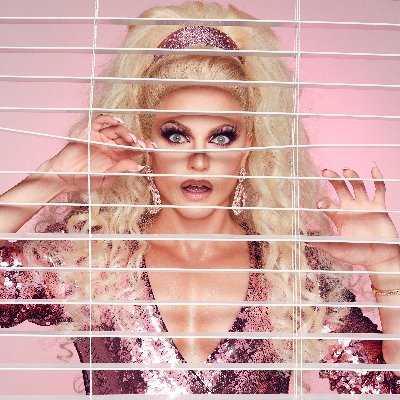 @courtneyact
This Monday watch Courtney’s Closet on @Channel10AU’s Ten Play ap! (I think it’s up from Sunday midnight in fact. I interview @LukeWMcGregor and put him in Drag! There’s a cameo from @CeliaPacquola too who said some lovely things on @theprojecttv tonight #courtneyscloset https://t.co/L7OpmToEzr

@courtneyact
All my The Nanny and Bewitched fantasies coming true! The jingle and opening credits for Courtney’s Closet available to stream Monday on the @10playau (in Australia). Animation by Kayla Coombs and music by @ianmasterson #courtneyscloset https://t.co/LIU2GePlmL
killy06 July 3, 2022, 10:19pm #208

Reviews are in from TV Tonight, have to say much as expected.

TV Tonight breaks down the six pilots on 10 Play. Are they any good?

David’s review of Courtney Acts show is unsurprising but it still sounds abysmal.

Courtney’s Closet is actually a good watch. Courtney’s interviewing skills are very impressive and Luke was a great choice as the first guest.

IMO Dinner Party is a miss. Patricia actually held the show together and it seemed like the other three were her guests.

how do these pilot shows work?? is it the most viewed on 10 play ?

I guess if a shiw gets a lot of views and people watch the whole episode then there’s a good chance it will go into a series. It’s not the only factor though. Some of the other shows in past Pilot Week events got a full series even if they didn’t get huge ratings. Others had decent ratings but didn’t go to a full series. It’s ultimately up to network executives.

Why not air these shows on 10 instead of the constant encores of HYBPA, The Cheap Seats, Ambulance and The Dog House?

I thought the same thing. Surely they could have filled some post 9.30pm slots with these shows over the next few weeks. Not run them all in the same week but maybe try them out over a few weeks.

The comedy shows could benefit from following something like HYBPA or TCS.

Abbie Chats could certainly not get a FTA run, lots of nudity but I really enjoyed it. I watched Time To Die as well but I found myself skipping through most of it, it would be the most repetitive show ever if it was commissioned into a full show.

i hope the love experiment gets a fta run

Why not air these shows on 10 instead of the constant encores of HYBPA, The Cheap Seats, Ambulance and The Dog House?

If the pilots are all half-hour, they should easily run them in blocks over one or two nights. Can’t rate any worse than Bull repeats or the 4th weekly re-run of HYBPA.

i agree i think dinner party was a flop and if it did go to series , it IMO wouldn’t rate well

Bush Blonde vs the World was very funny with the editing style of Housos except better quality script and the character of Bev could be an absolute crack up in the same style as Kath & Kim if it went to series.

Watched Abbie Chats & Bush blonde this morning, could definitely watch more of both.

Started Dinner Chats, but paused it. Felt cramped and unauthentic, the setting just seemed wrong and couldn’t imagine it as a series.

It’s very much the type of show is like - and I’m a huge Courtney fan - but I truly enjoyed Courtney’s closet. She’s a great interviewer and Luke was a great person to hear more about.

I enjoyed the pacing of the show, story telling was great. I wanted more, but I think an hour would be too long.

I agree with David Knox there needs to be a bit more of a thing to close out the show.

Agree, 30 mins works well. I just finished it and thought it was great, would definitely watch again.

Interesting credit at the end that the EP is Craig Campbell and it’s a Roving Enterprise Format.