I get the reasoning but if I was in charge of programming and faced with the choice of paying for old episodes of Neighbours, and all the overheads that come with that, or instead slotting in a Friends episode that I can get for next to nothing… I know which way I’d go.

The streaming platforms like 7+ and 10P seem to have more freedom to make some of the older shows available (e.g. Prisoner, Sons And Daughters, Blue Heelers, All Saints, A Country Practice), so maybe Neighbours could be an option there one day. But it will always boil down to how much $$$, and Fremantle could just jack up the price of Neighbours because it’s Neighbours.

At least Guy Pearce got more Screen Time than Jason & Kylie given the 3 along with Annie Jones who played Jane, Were the Four Musketeers of Neighbours’ 1980’s Heyday.

why Kylie & Jason had limited dialogue in finale

I think that is only half the story, especially when Kylie said considerably less than Scott. The EP was never going to be critical of his guests.

There were scenes where Scott might as well have been talking to himself. The scenes at the car and reflecting on Charlene’s ‘break-in’ at Number 24 were notable for more monologue than dialogue. Kylie’s silence in some scenes said more than what she actually did. I still suspect she couldn’t (wouldn’t) commit to rehearsing lines.

To me, Neighbours was an old and dear friend I had known for years. Although we occasionally lost touch, and had our ups and downs, we always found our way back to each other. A friend I took for granted would always be here or hereabouts, but now have to face the very real and sobering fact they are gone… for good.

I think that is only half the story, especially when Kylie said considerably less than Scott

He didn’t have that much dialogue, either?

He did have a stint playing one of Sonya Stevens laywers in Season 6 of Wentworth back in 2018. And i do remember hearing his voice in an ad a few months ago.

I know for a fact as All Saints was a Seven in house production, there is more freedom around the rights for this. Blue Heelers though, as it was made my Southern Star, I think they came to a mutual arrangement on rights after the series ended for them to rerun on TV as well as the 7plus. Interestingly Amazon also has Blue Heelers on the platform as well, however it is only SD rights which I find interesting

So Neighbours I could see it go to someone like Amazon, but I doubt any other network would pick up the full catalogue.
I think it’s obvious that 10 won’t pay for the rights and doubt paramount would be interested based off the limited current catalogue on P+

On another note, a very interesting line in the article from Stefan Dennis…

Exclusive: Neighbours star on why the axed soap deserves a lifeline

I’ve heard a couple of whispers from people I know, who are quite high up in the industry, who’ve said: ‘Don’t you worry. It’s not going to die’. It’s very easy for anybody to say that, but when it’s coming from the people whose mouths it came out of, I’d maybe listen to it.

At least they have ended the show in such a way that it could be picked up again - “six months later”, “two years later” etc. At first I thought they were going to have almost everyone leave the street, and I’m glad they didn’t go down that road in the end (though involving the Rodwells in this plot was a bit unnecessary). Obviously not all the cast would return but hopefully it would involve a good handful of familiar faces. All hypothetical, of course.

Seems quite a lot of comments about Kylie’s appearance in the finale, both in the media and on various forums. People are saying she was so stuck up that she didn’t want to associate with the other cast, the regularly commented ‘pay per word’ stuff and numerous other comments. I thought she and Jason were only meant to be on the show briefly, which they were, so is there something I’m missing here?

I don’t get it either - why people are so (and still) focussed on the negatives of Kylie’s appearance. Whatever the true story is, let’s just be grateful that we had Scott and Charlene on Ramsay Street albeit momentarily. People could also criticise Margot Robbie for not dedicating enough screen time for the show. There will always be naysayers hanging around

Just had a thought - didn’t Neighbours count towards Eleven/Peach’s local drama quota? Or was it Ten’s quota in general? If the former wouldn’t they have to replace it with something else locally produced?

didn’t Neighbours count towards Eleven/Peach’s local drama quota? Or was it Ten’s quota in general? If the former wouldn’t they have to replace it with something else locally produced?

Networks were able to change the rules so drama on the multichannels contribute to their total quota. Ten will need to produce enough drama in future to meet the quotas (unless they lobby the government to drop them, which the networks are trying to do).

Regarding Neighbours, Ten have already met the quota in 2022 with the number of hours they have broadcast. They are also allowed to carry over drama points to a following year if they have already met a quota. So technically, Ten can stretch their points for Neighbours into 2023, so they don’t have to produce more drama until 2024.

Plus they have a few shows from Paramount+ that they can run on the 10 stations for first run drama points, so I imagine they are fine until 2024 at least.

Do they qualify for “first run drama” on network television if they’ve already run on a streaming service? Seems odd that it would be allowed.

Some of us may cringe or feel ashamed when we reflect on our past but I always respect people who makes an effort to pay homage to their past.

@kylieminogue
Yep, there were tears! 🥹 Congratulations to the @neighbours team for the heart-warming and celebratory finale. You’ll be in my heart always!!!#neighbours @JDonOffical https://t.co/4c1NnARP25 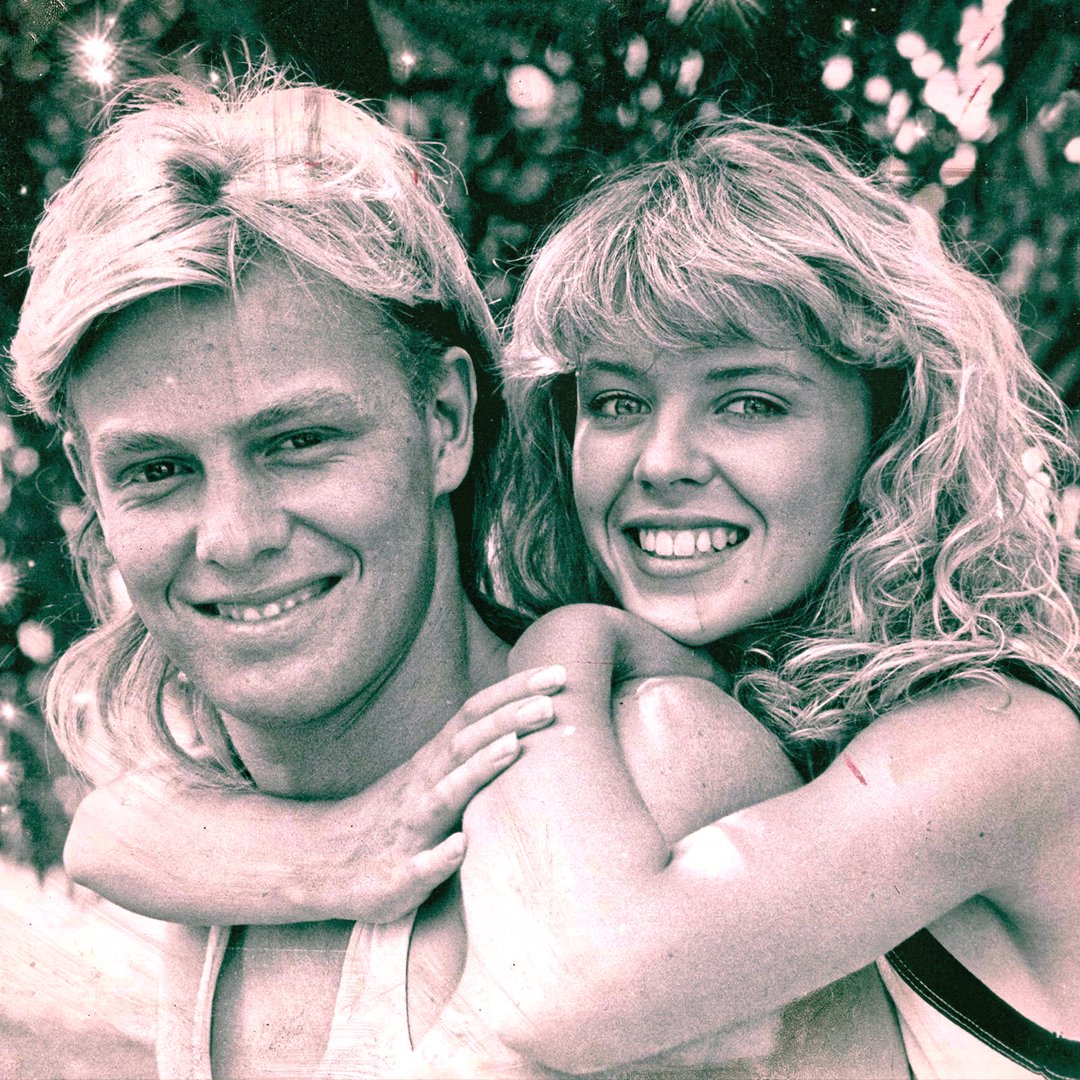 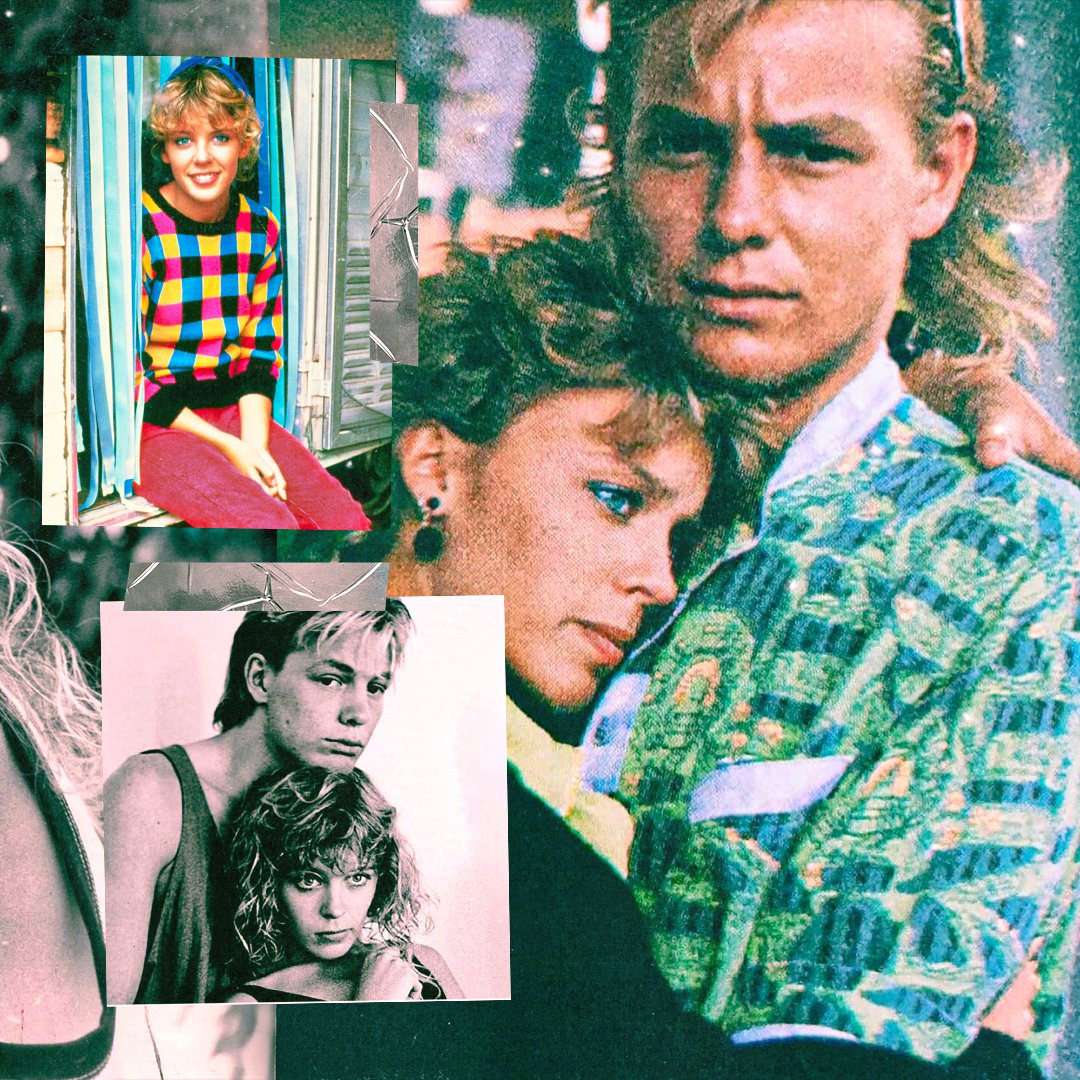 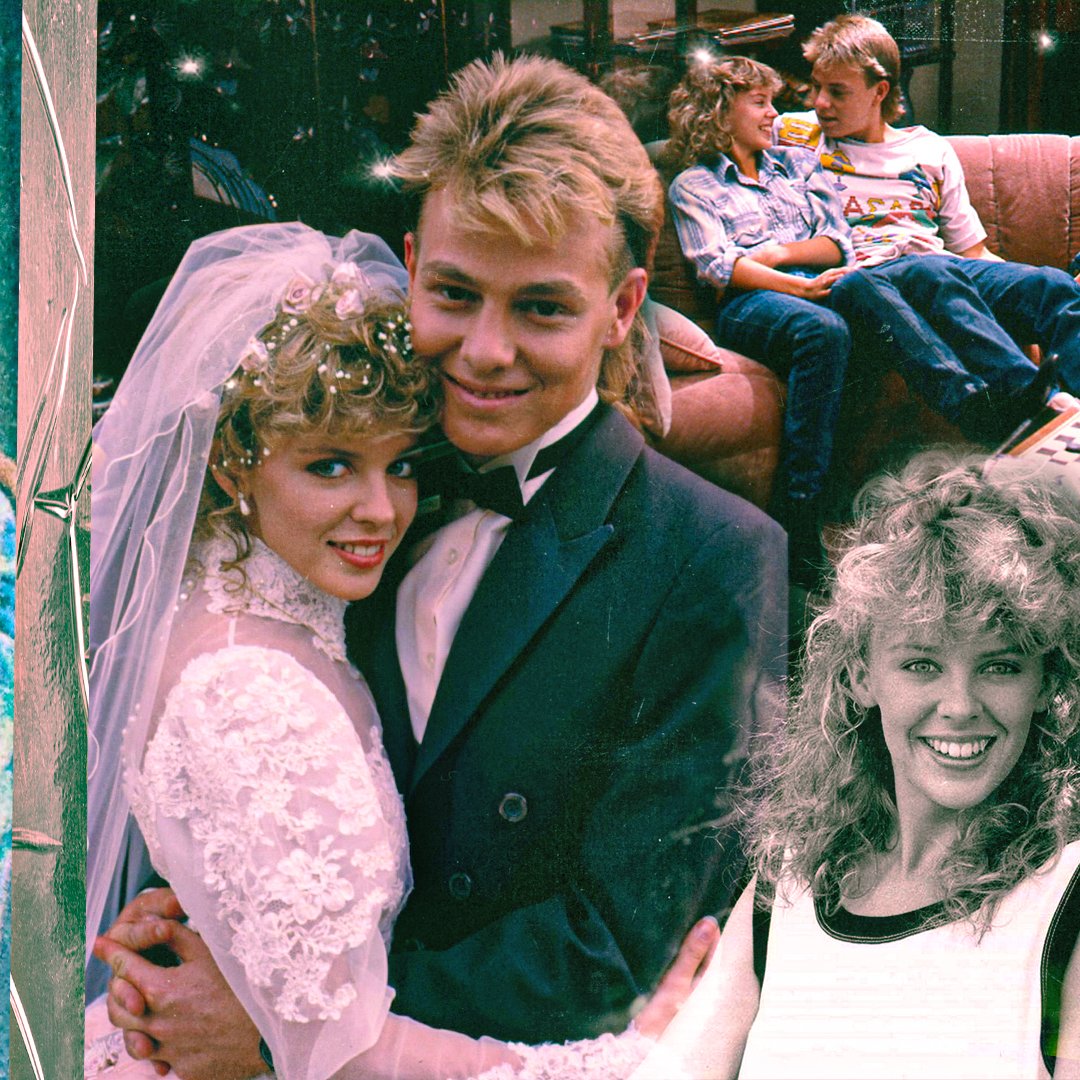 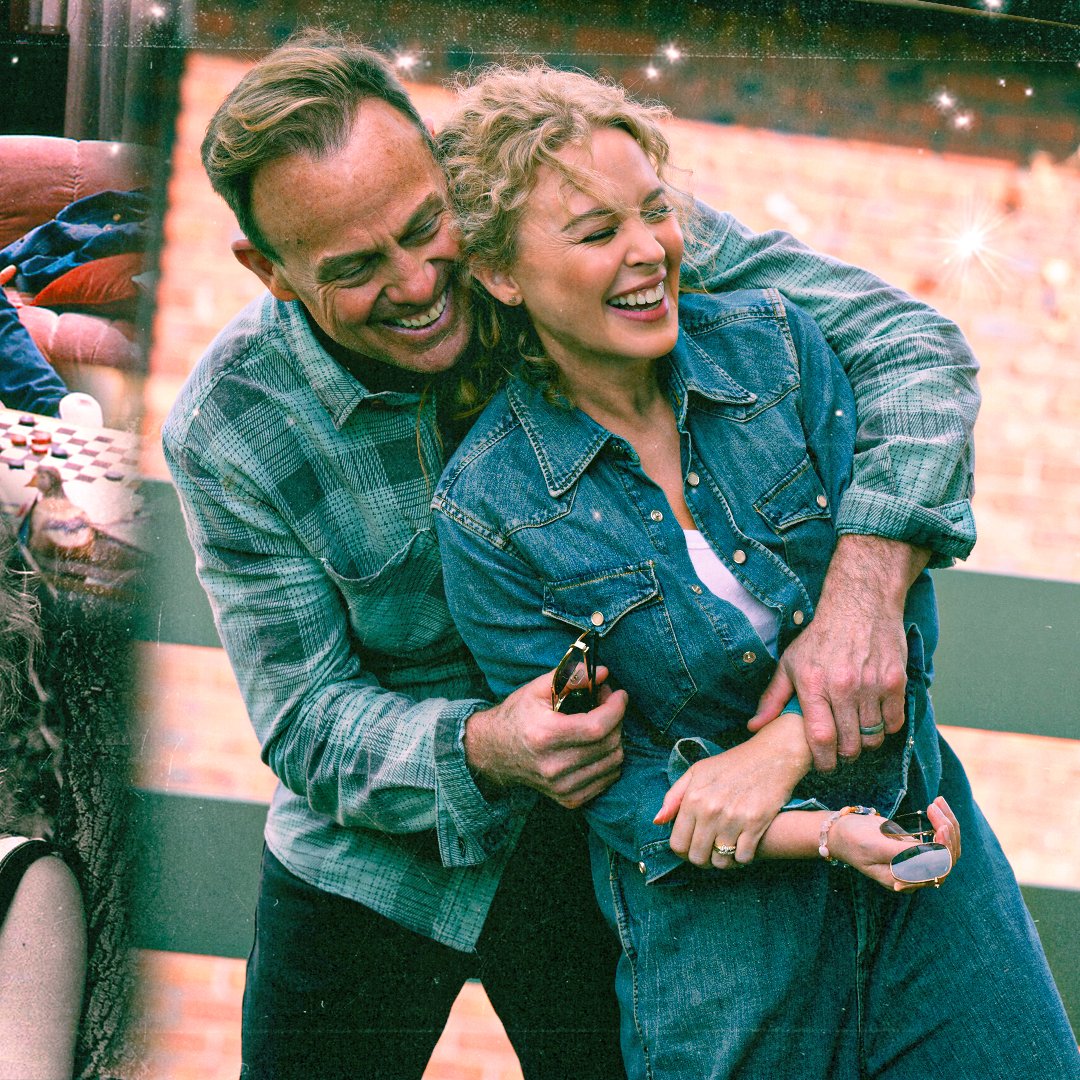 Some of us may cringe or feel ashamed when we reflect on our past but I always respect people who makes an effort to pay homage to their past.

Though really Kylie has only become fond of her beginnings as she’s got older. When she was younger I don’t think that was always the case.

But it is the first time on TV, so it counts. Did Neighbours not count when the UK was ahead of Australia in terms of airing?

I watched it on YouTube, it’s definitely got huge numbers both legitimately and illegitimately.