Gavin is at Lismore tonight

Also is appearing on Today.

Hannah Taylor from Newcastle was at Canberra for the budget. It was weird seeing the NBN News mic in Canberra.

He had a Today branded jacket and mic. No mention to NBN.

Was she covering the budget from a regional perspective?

Caught Hannah Taylor’s Canberra report tonight, she interviewed several Federal politicans and provided an overview of the main budget items for Northern NSW, the content of which was heavily skewed towards Newcastle and the Hunter. Local windows started after the report which had a more local focus on the budget. However, the local budget report was the only local report that the Central Coast got tonight. 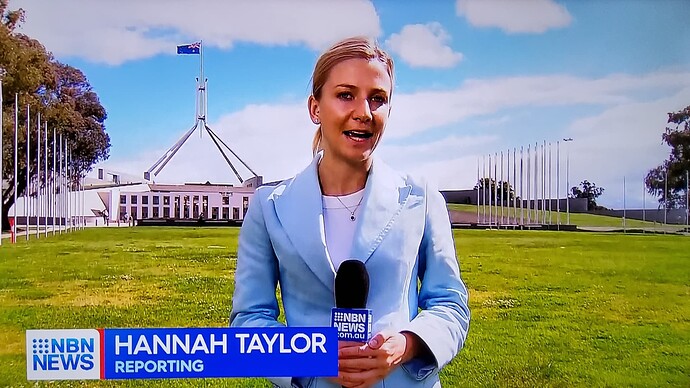 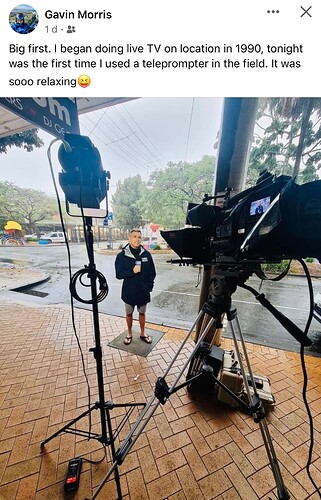 Sounds like the last time Gav was in Lismore for the Feb-Mar floods earlier this year, he wasnt using a teleprompter then… but then I think Gav has generally been pretty good at coping without an autocue, as we’ve seen through the failure of their weather graphics!

Very unusual on a weeknight during a ratings period.

I wonder if he is presenting sport as well, or if Kate is doing it?

If all three main presenters are away, I could see him doing News this weekend as well.

Separate weather opts occur for the Central Coast when no weather presenter is available. But within the ratings season and on a regular work week? Unlucky for the Honeysuckle crew.

That’s a weird way of doing things, surely it would make more sense to do the Central Coast weather when a weather presenter IS available, as it would mean more resources are available?

But remember Gavin has to do the weather like normal as well as read the news as well as the local inserts for both. More than a normal presenter in the cities. It could be easier for Gavin as he has to do both.

I would also assume since the weather seems to be in weekend mode, the local inserts would be shorter when there is one presenter so the presenter doesn’t have to read double the inserts as the weekday ones. Would you be able to confirm if the inserts were shorter tonight @Radiohead?

Tyson still managed to read the news and do all the local news and weather opt outs. Weather probably wasn’t for as long as Gavin did them however.

Gavin also had time to do all the southern NSW weather reports as well as the Northern NSW ones when Southern Cross was the Nine affiliate, so doing them all before 6pm wasn’t an issue. And he would sometimes appear on Nine News Now (3pm) as well.

I know Gavin reads the news now too, but still his workload can’t be any worse than say those WIN or 7 presenters who record multiple bulletins per day.

To be honest, I didn’t really see an issue with the 9 News logo in the bottom left of screen in the Charles Croucher promo. It is consistent with the reports aired on NBN News where Charles is usually seen holding a 9 News branded microphone.

Ideally however, it would be best if Nine fixes up this branding mishmash for once and for all.

Yes totally agree. I hope Nine will do it when their Tasmanian bulletin launches. There’s no place for the NBN brand in this day and age. 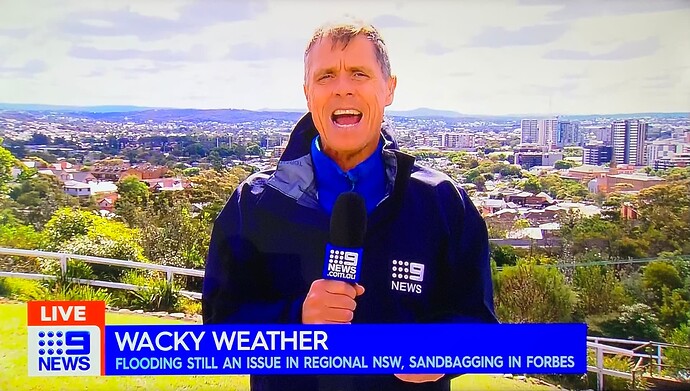 The Nine News mic flag is in good nick - much better than most of the NBN ones that have blue bits missing everywhere.