If it averages 600k given that it was cancelled averaging 510k i wonder if it will continue.

Wonder what ratings they expect . Doubt we will see 1million anymore. 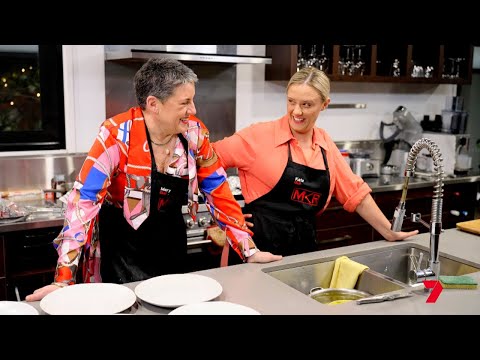 Queensland friends Kate, 38, and Mary, 57, like the finer things in life and expect nothing but the best: two key ingredients their competitors will learn very fast when Australia’s favourite cooking show, MKR, returns to Channel 7 and 7plus after the Commonwealth Games.

The bubbly health care workers love to host dinner parties and long lunches, bringing people together through food. They have an immense passion for cooking with high-end, premium ingredients and favour a simple, no-fuss approach to their cooking.

Kate and Mary don’t believe in wasting time on bad food or being timid with constructive criticism. If a dish can be made better, they will say so.

Self-confessed food snob Kate shares: “By nature we are high achievers; that’s how our friendship formed.”

Mary adds, “If I don’t like someone’s food, I won’t be able to hide it. I’m absolutely gagging for some high-intensity cooking and the chance to critique some of my fellow contestants’ dishes.”

The pair brand a fellow team’s dish “inedible”, but Kate and Mary will face their own crunch time when they struggle to perfect a crispy skin in their seafood main. Have the confident friends set the bar too high?

The love is back. MKR is back. Join Nigella Lawson and Manu Feildel as they travel the country to uncover Australia’s best home cooks.

Nigella is on the cover of the August issue of Australian Women’s Weekly. 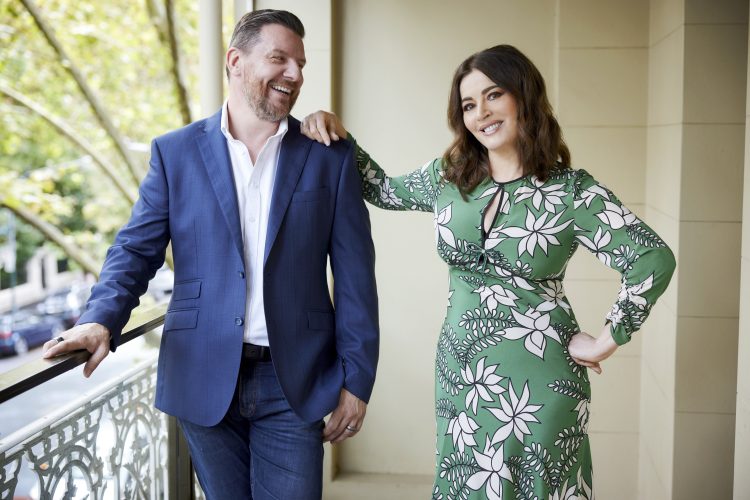 If B&T actually had editorial guidelines, it would include not a bad word's to be said about Leigh Sales, Ita & Nigella.

Wonder if Seven genuinely have a ‘Plan B’ if this spectacularly flops? I’d imagine they don’t really, hoping it’ll be some sort of ‘show of 2022’ and with the heritage brand’s loyal following and Comm Games promotion, not to mention all the promotion already, even they have a broad target/eatimates of say 500k metro (which we keep hearing is the new ‘hit’) and 1m metro which Voice achieved after Tokyo last year.

But surely, at the back of some Seven bosses’ minds, they have to also be worried/thinking of a potential nuclear code red disaster with the show, citing from its final plagued years against Married wirh too much manufactured/non-cooking drama, negative energy, fighting, distasteful behaviour, Pete Evans saga, etc?

And then there’s The Block (which started soft last year) but which has been, like MasterChef, much more of a mainstayer/longevity performer and whatever 10 air, as well as the ABC.

Didn’t Masterchef suffer ratings issues and they re did it . I thought this would be the same with MKR.

Wonder if Seven genuinely have a ‘Plan B’ if this spectacularly flops?

There is no way it will rate lower than this year’s Big Brother which was kept on air throughout the whole series.

Didn’t Masterchef suffer ratings issues and they re did it . I thought this would be the same with MKR.

That depends what redo actually means.

I did see a MKR ad yesterday. Seemed like same old bullshit to me, shook my head and switched channels.

Dropping Nigella in and hoping for a ratings boost is all this is about. MasterChef changed a whole range of aspects.

You mean more drama and backstabbing and all that? They never learn do they?

You mean more drama and backstabbing and all that? They never learn do they?

It was some promo with villain contestants. Give me strength. 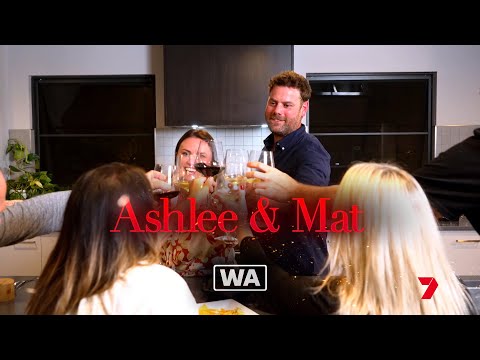 Margaret River husband and wife team, Ashlee, 36, and Mat, 39, are seasoned cooks, but their risky choice of serving a Marron Bisque entrée may spell disaster for the pair when Australia’s favourite cooking show, MKR, returns to Channel 7 and 7plus after The Commonwealth Games.

Unbeknown to the foodie parents, bisque is the first sauce judge Manu Feildel was taught to cook, and even he concedes it can be “tricky” to get right.

“It’s probably one of the most favourite things I like to cook,” says Manu, before warning the team to ensure their entrée is “top notch.”

Manu’s bisque bomb immediately makes Ashlee panic as the team retreats to the kitchen. “I’m really freaking out that we’ve made a huge mistake.” Adds Mat, “why did we choose bisque!”

Cooking is everything for the couple of 18 years, and competing on MKR has been a long-held dream. Will the couple’s dream be realised by a winning bisque, or will it burn right in front of their eyes?

The love is back. MKR is back. Join Nigella Lawson and Manu Feildel as they travel the country to uncover Australia’s best home cooks.

Wonder if Seven genuinely have a ‘Plan B’ if this spectacularly flops?

Big Brother was only rating around 300k and they aired the entire season. I don’t think this will do that bad. It won’t be like the old days but it will probably do well enough.

Crazy think it was not long ago that Celebrity Spash was taken off air after it premiered to a disastrous 1.3mil, and branded the flop of the year. And the season was only 5 episodes.

Guessing this might start on Monday 8 August based on TBAs in Seven’s schedule.

Unless Seven uses 7mate to show the final day of competition of Birmingham Commonwealth Games.

MKR premieres 7.00pm, Sunday 7 August on Channel 7 and 7plus 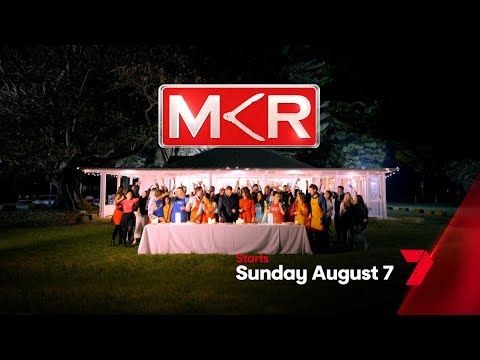 Share the love when Australia’s favourite cooking show, MKR, returns with Nigella Lawson and Manu Feildel for an exciting new season starting 7.00pm Sunday, 7 August on Channel 7 and 7plus.

It’s state versus state as the beloved competition gets back to its original, winning recipe: real people cooking real food in their own homes, serving treasured family recipes and love on a plate to the judges and their fellow contestants.

Each team will bring their A-game as they compete to win the coveted MKR crown, moving one step closer to realising their lifelong food dreams. Which team will impress the judges, score big with fellow contestants and triumph in the heat of the kitchen?

“We want to be on top of the leader board with a little fist pump, not like a big one,” says team Queensland’s fine diner, Kate.

Take a seat at the MKR table for a new era of velvety, juicy, spicy and deep-fried delights with a seal of approval from the queen of the kitchen, Nigella: “Deep fried. Those are words I always want to hear!”

Surprised to see it start on Sunday that according to their guides still is Commonwealth Games coverage. Mustn’t want to give The Block and Masked Singer a head start.

Wonder what this means for This Is Your Life?

The Australian’s Media Diary reports that Nigella Lawson will appear for less than half of the 16 episodes of the rebooted My Kitchen Rules, meaning she only appears for the first round of the show. For the second round of heats, Matt Preston joins Manu.

However, Colin Fassnidge and Curtis Stone were drafted in to adjudicate the show’s finals after Manu apparently come down with the flu and had to go to hospital.

Also, the show’s signature red colouring and the “ding dong” doorbell at the contestant’s house have both reportedly been ditched.

and the “ding dong” doorbell

I picked up on this during the promo.

What a shame about Nigella. Hopefully it’s enough to bring viewers in. Many people I know have mentioned Nigella joining the show was bringing them back to watch.