Murder in the Outback: The Falconio & Lees Mystery

From the heart of the Australian outback comes the inside storyof a terrifying murder that shocked the world. FALCONIO: AN OUTBACK MURDER (working title) is a blockbuster True Crime series that investigates the 2001 disappearance of British backpacker Peter Falconio in outback Australia. In one of the most detailed re-investigations of the Falconio case ever mounted, this four-part series dives into the details and the dramas that have surrounded this extraordinary case from day one. It will deliver the powerful first-hand accounts of many people impacted by this event and will use new and exclusive access to the original defence case documents to re-examine the evidence put forward at the trial of the man convicted of Falconio’s murder - Bradley John Murdoch.

FALCONIO: AN OUTBACK MURDER is produced by CJZ for Channel Seven.

Murder In The Outback: The Falconio & Lees Mystery Coming to @Channel7 https://t.co/eXXx1u9Zox

The series will also air on Channel 4 in UK later this year.

Of course it is for you. Everything on Seven would be amazing, even a testcard.

Premieres on Seven in July according to an updated promo shown tonight.

The 4-part series debuted on Channel 4 last night (June 7) and will air every night at 9pm until Wednesday. The Guardian’s review gave the first episode 3 out of 5 stars.
UK papers have reported on details as revealed from the documentary, so beware of spoilers.

I am looking forward to this. Why hasn’t seven aired this earlier. Could have done well this week out of Big Brother.

7NEWS Presents – Murder In The Outback: The Falconio & Lees Mystery

From the heart of the Australian outback, the inside story of the terrifying murder that shocked the world.

Every detail and the dramas that have surrounded this extraordinary case from day one are examined in this comprehensive re-investigation, featuring powerful first-hand accounts of those closest to the case.

With exclusive access to the never-before-seen original defence case documents, the documentary will re-examine the evidence put forward at the trial of the man convicted of Falconio’s murder – Bradley John Murdoch.

Some of the evidence doesn’t add up and debate remains about whether Murdoch was correctly identified. What really happened on that night in the outback? Is there more to this story?

7NEWS Presents – Murder In The Outback: The Falconio & Lees Mystery | this July on 7 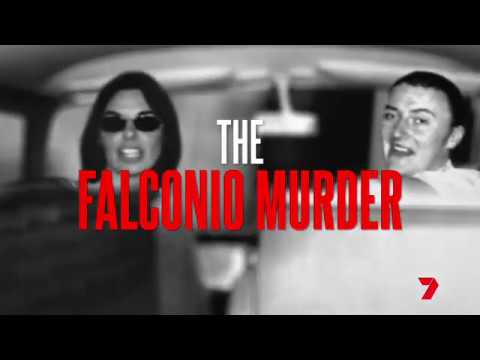 Featuring one of Seven’s best ever newsreaders in every episode (if Seven didn’t cut those clips out to save themselves the embarrassment of reminding viewers they once had a far better newsreader presenting their 6pm Sydney bulletin).

Don’t know why Seven News is plastering their brand on it when the doco was commissioned by Channel 4 (UK) and produced by CJZ.

When Seven announced the show in last year’s upfronts, it only mentioned CJZ would be making it, and didn’t say it was commissioned by Channel 4.
The documentary premieres on Seven next Sunday (July 12) at 7pm, according to a promo shown during Seven News tonight.

Don’t know why Seven News is plastering their brand on it when the doco was commissioned by Channel 4 (UK) and produced by CJZ.

I found this Channel 4 press release from January 14 this year.

On July 14th, 2001, 27-year-old English backpacker Joanne Lees flagged down a truck on a lonely stretch of the Stuart Highway in central Australia. She had a horror story to tell. According to Lees, in the dead of night, she and her boyfriend Peter Falconio had been attacked on the highway. She claimed Falconio had been shot and she had been bound before escaping into desert scrub.

Tapping into long held fears about the Australian outback, the story created a firestorm of tabloid headlines in the UK and Australia. International tourists stayed away from the Northern Territory as a massive police manhunt went nowhere for 16 months. That is until a tip-off led to a small-time drug runner, Bradley John Murdoch, being arrested. Murdoch flatly denied it all, but the jury disagreed and found him guilty of murder, sentencing him to life in prison.

For some experts and onlookers, the guilty verdict in Murdoch’s murder trial has always felt clouded with doubt. In one of the most detailed re-investigations of the Falconio case ever mounted, Falconio: An Outback Murder? (wt), a new four-part series for Channel 4, will explore the details and the questions that surround this infamous case.

Channel 4 Specialist Factual commissioning editor, Nicola Brown said: “The culmination of years of painstaking re-investigation into one of the most infamous cases in recent history, this series asks fresh questions about a story that has remained in public consciousness for almost 20 years.”

Falconio: An Outback Murder? (wt) was commissioned by Channel 4 Specialist Factual commissioning editor, Nicola Brown. The 4x60 series will be made by CJZ and will air on Channel 4 in 2020, followed by TX on the Seven Network in Australia.

Production ender on the program. Seems a bit of a stretch to preface the name of the program " 7NEWS Presents". 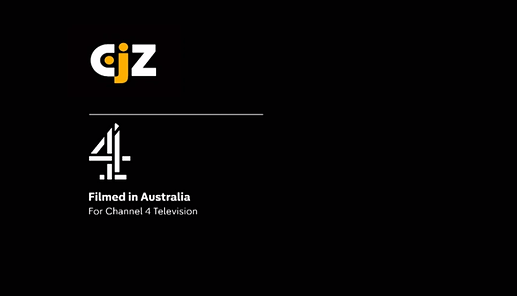 I wonder if Seven plans to show all four episodes in just two weeks?

There was an interview with former foreign correspondent Roger Maynard on Sunrise (in the studio) this morning regarding the show.

The outback murder of British backpacker Peter Falconio is one of Australia's most notorious crimes. Now bombshell revelations are being exposed in a documentary set to air on @Channel7 and @7plus. https://t.co/HwCRzGjYQH
JohnsonTV July 12, 2020, 1:37pm #18

I think this tweet best sums up many viewers’ feeling about the show’s premiere tonight.

Most tweets were negative towards the show.

How was it received in the UK when it aired on Channel 4?

I didn’t mind the doco. It was just a bit repetitive and long. And there were lots of ads. I probably won’t watch next week.