Mates On A Mission

Mates On A Mission 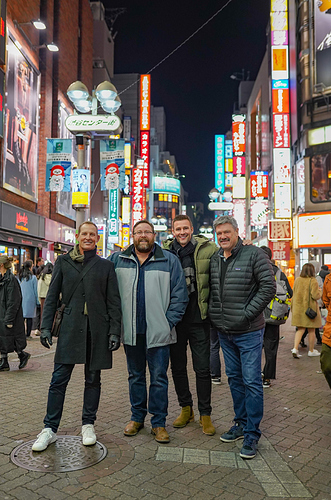 Famous four set off on a mission

These celebrities will stop at nothing to start a conversation in Seven’s exciting new travel series with a twist.

Four beloved Aussie faces are banding together to shine a spotlight on causes close to their hearts in MATES ON A MISSION .

Forget fun runs and chocolate drives, this awesome foursome will go to any length to get their message out there:

Together, they’re hitting the road to take on insane challenges from across the globe to raise awareness for different causes that mean something to them including mental health, heart disease and bowel cancer.

From the hilarious fish-out-of-water arrival in a foreign land, through to the nerve wracking moments before the epic final challenge, it’s must-see event television overflowing with warmth, heart and lots of laughs.

This fearless and funny troupe are no strangers to each other or to getting out of their comfort zone having starred in last year’s blockbuster and the number one new show of 2018, The Real Full Monty .

MATES ON A MISSION is currently in production and coming soon to Channel Seven.

MATES ON A MISSION

Mates Shane Jacobson, Todd McKenney, Kris Smith and Brian “BT” Taylor travel the world to take on insane challenges in this inspirational travel comedy series. This fearless, funny and unique band of brothers are no strangers to each other or to getting out of their comfort zones after taking it all off for THE REAL FULL MONTY. Now, they’ll go to any length, on any land, to shine a light on mental health issues and encourage blokes out there not to bottle up, but to open up.

MATES ON A MISSION is a Seven Studios production.

The show will air in the second half of 2020, according to TV Blackbox.

Since we’re already in the second half of 2020 that’s a brilliant bit of deduction from them.

Seven has told TV Blackbox that the show will now air in 2021.

Todd McKenney told the TV Blackbox podcast that he had not seen the final edit yet but the shoot was hilarious. He said that most of the show was to be filmed overseas, and there were a number of episodes to be done, but they had not been able to do so due to COVID-19.

Mates on a Mission is mentioned in the last two minutes of the podcast.

Todd McKenney on the whole gang reuniting for DANCING WITH THE STARS | TV...

Todd McKenney returns to Dancing with the Stars and speaks to TV Blackbox about the two week event, the nostalgia and dating Sonia Kruger.

TV Blackbox has an update on the show:

Mates on a Mission was plugged for the 2019 year but never made it to air. COVID did affect production, so Seven will air what footage they have. The series will feature Shane Jacobson, Todd McKenney, Kris Smith and Brian Taylor taking on challenges from across the globe to raise awareness for different causes including mental health, heart disease and bowel cancer.

Looks like the show will finally make it to air in 2022. 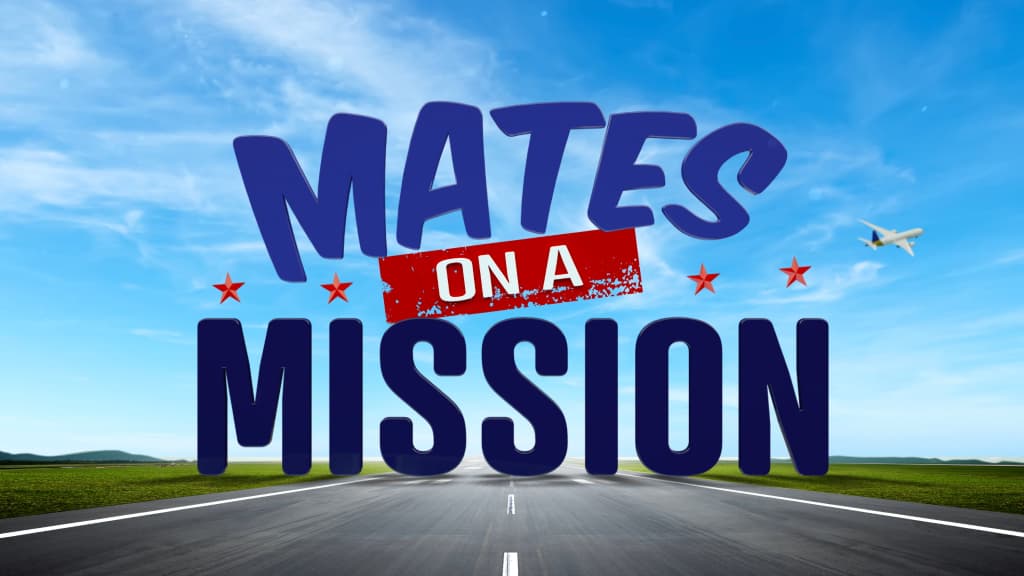 Mates On A Mission is a fresh aspirational travel comedy series with an unexpected heart-warming twist.

Four beloved celebrities band together to shine a spotlight on a great cause close to their hearts.
But forget fun runs and chocolate drives, this famous five will go to any length to get their message out there.

From conquering a pain-inducing physical challenge on a crazy Japanese game show, to setting a daring world record for the longest zip line between two hot air balloons over the Nevada desert…these celebrities will stop at nothing to start a conversation.

From the hilarious fish-out-of-water arrival in a foreign land, through to the nerve wracking moments before the epic final challenge, it’s must-see event television overflowing with warmth, heart and lots of humour… and all underpinned by a genuine drive to raise awareness for a great cause. 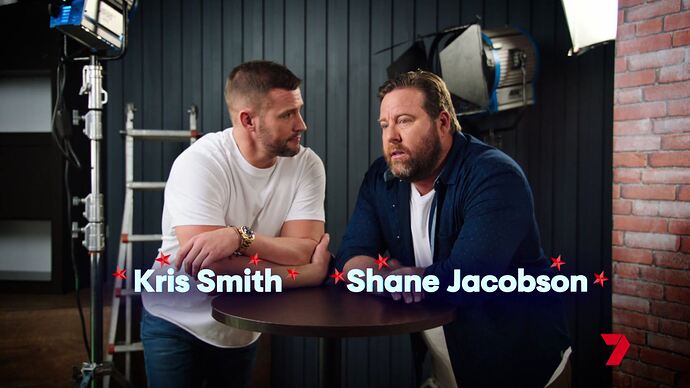 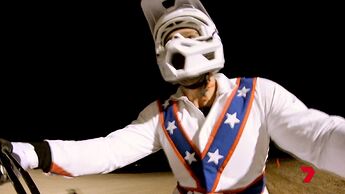 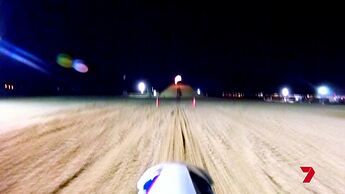 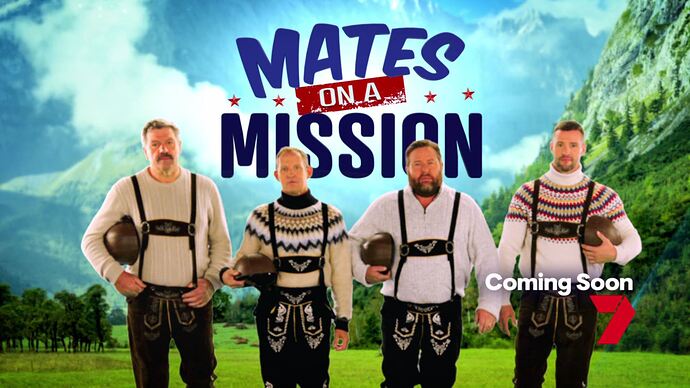 Episode 1: Shane Jacobson, Todd Mckenney, Kris Smith and Brian Taylor hit the road to take on challenges across the globe to raise awareness for a cause close to their hearts, mental health. First stop Germany.

Only three episodes means the show will finish by the end of January, just in time for the return of Home and Away to its triple (or double) episode timeslot.

To my surprise I actually quite enjoyed the first episode.

I wish it was edited down to be slightly shorter but on the whole it was good light hearted fun.

How long was it?

The first episode was 53 minutes long according to 7plus. Including ads it ballooned to 78 minutes.

I saw the first episode on my PVR last night. It was quite good.

The episode had to be that long to cover practice runs.

The German Olympian mentioned in that episode was Dajana Eitberger, who won silver in Women’s Luge in the 2018 Pyeongchang Winter Olympics.

Saw tonight’s episode and it was surprisingly good.

Too bad Seven’s head of programming is too stupid to capitalise this show. It could’ve aired on one of the weeknights after The Voice Generations, DWTS or SAS for three weeks. Instead they’re wasting this show during non-ratings and against The Australian Open which is doing exceptionally well this year.