Depends on how much seven are paying. I have a feeling it might have been quite cheap for the Australian market.

They don’t have room in their schedule surely, so I can’t see that happening… yet lol

Unless if they replace The Voice…which might not happen for a long time lol.

Commerical TV is more of the same everywhere. Just three different names but the same same for everyone: Reboots, revivals, lack of new ideas, stripped reality, little drama in general…

The Masked Singer would have been a better format to go with.

Seven won’t even touch it given the declining ratings of The Voice.

Seven won’t even touch it

But they touched an even lower rating show in AGT. Masked Singer is something Australia hasn’t seen yet, AGT has been flogged to death. I know which one I’d prefer to invest in.

As much as I agree this was a bust on nine it does fit sevens demographic. Before it was axed in seven it was doing ok. It was only that it was expensive it was axed. Although I could be mistaken. I can see why seven have given this a shot.

This is just my take although I am not an expert in TV industry. Back then, shows that rated around 800K would be considered a flop. That’s why Seven let go of AGT and DWTS. And maybe these shows were expensive and Seven was desperate to cut costs.

Fast forward to 2018 and beyond, that would be considered a moderate success. I think if this show could rate between 650K and 800K, it would be OK. The same with All Together Now. But it would be a flop if it went down the same path as Dance Boss or some other new shows that Seven had tried, which rated less than 600K. Of course there’s the argument of total vs demo.

It did read like a classic Knoxy April fools bit. Particular the “quote” “from” Cowell

Look out for a 7Two and 7flix one as well, which were also made for this year.

Can we see them?

I’ll try and at least cap.

Herald Sun reports four film crews were at the MCG early yesterday before the start of the Boxing Day cricket test between Australia and India, filming and interviewing stadium workers for Inside the G documentary. It was the crew’s first visit to the stadium, it will return on New Year’s Day for the BBL clash between the Stars and the Renegades, then two more AFL matches during 2019, before the documentary debuts late in the year.

A new restaurant show for the Seven Network. Is Seven readying its first local production for 7food?

There’s a suggestion there that it might turn out to be a version of Travel Guides for restaurants. If it’s good it may end up on the main channel.

So even more copycat trash from Seven. How sad.

C21 calls the show a My Kitchen Rules spin-off. The description may not be incorrect.

New show Mates on a Mission is coming to Seven, featuring model Kris Smith, AFL commentator Brian Taylor, Shane Jacobson and Todd McKenney. Smith says the four of them will “go to various spots around the globe in order to partake in some crazy, wacky, strange things and raise awareness of three very, very important causes — mental health, heart disease and bowel cancer”.
The four men were involved in The Full Monty last year.
https://www.heraldsun.com.au/entertainment/confidential/kris-smiths-body-battle-issues-ive-never-felt-good-enough/news-story/67eabfd5e463e15f73f487030a3f443f 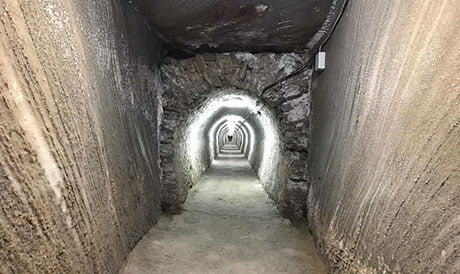