First promo for South Aussie with Cosi, moving from Nine to Seven Adelaide in 2022, including a small behind the scenes look at the Adelaide newsroom. (Please move if there is a more appropriate thread for this, thank you).

And in a “world first” all seven celebrities on The Wheel would be Sonia Kruger. 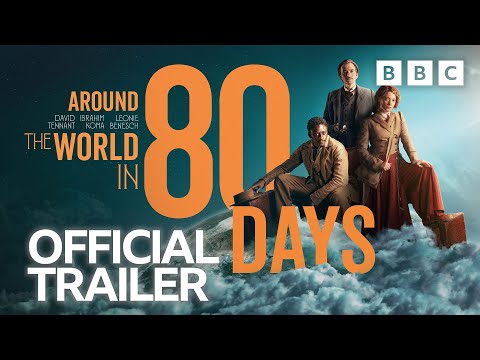 Saw a promo earlier for Mates on a Mission featuring Todd McKenney and Shane Jacobsen.

Mates On A Mission Seven Network

Around the World in 80 Days debuted with a double episode on BBC One on Boxing Day and first reviews are already in. It will premiere on PBS in the US on January 2.
If Seven is to show the series in Q1 in 2022 it will have a trailer ready by now.

Home and Away returns 31 Jan.

"We’ll be back on the network with more in 2022," Daryl Somers tells Hey Hey fans.

13 posts were merged into an existing topic: This Is Your Life

This Is Your Life Seven Network

[image] Special event series coming to Seven in 2022 The Seven Network today announced the exciting return of one of Australia’s longest running and most acclaimed television series, This Is Your Life , debuting on Channel 7 and 7plus later this year. Beloved across Australia for placing the spotlight on some of the nation’s most successful, admired and fascinating characters, This Is Your Life will return as a series of special events produced by ITV Studios Australia. This Is Your Life c…

With Winter Olympics, The Voice, SAS: Australia, Dancing with the Stars, Seven is resetting its Q1 slate to ensure it stays #1 in 2022.

During an interview with Tim Burrows, James Warburton revealed that Seven still have a few shows for this year that they haven’t announced yet. Quoting from the linked newsletter:

“We’ve got a couple of global formats, one which we believe will be the biggest new global format, which we’ll talk about around March.”

Is that a shiny floor show format, I asked. “Nah. I can’t really go into it but it’s going to be big.”

Seven's hunting season is over - for now

Seven boss James Warburton will be focusing on winning the ratings, not doing a blockbuster ownership deal

They still have Birmingham 2022 and the AFL still to come

Reminds me of The Big Adventure, which aired on Seven in 2014. It was a Survivor-style game show set in Fiji.

Which flopped big time from memory!

I’ve heard that tune before.