According to The Australian, filming of the new season Secrets & Surprises began at Melbourne Showgrounds last week. There are only 18 contestants this season (down from 24 last season) and there are no top 50 cooking trials. Jock Zonfrillo told the paper that all but one of the cooks will be newbies, without spilling on the story behind why one contestant will be returning.

Jock Zonfrillo told the paper that all but one of the cooks will be newbies, without spilling on the story behind why one contestant will be returning.

I thought I read Jock say that there will be no returnee’s this season. So I’m guessing it must be someone that had to leave a recent season for reasons outside the comp e.g. sickness, family reasons etc (can’t think of anyone off the top of my head but I’m sure there has been).

18 cast members is a good number and also removing the earlier rounds. It would probably shorten the season by around 4 weeks.

@masterchefau
Join us for a #MasterChefAU Challenge at Grazeland tonight! Gates open at 5pm, so get in quick! The food is only available until they’re sold out. Don’t forget the $4 entry fee, and bring your card to purchase some food🙌 https://t.co/6oqfuk82ax 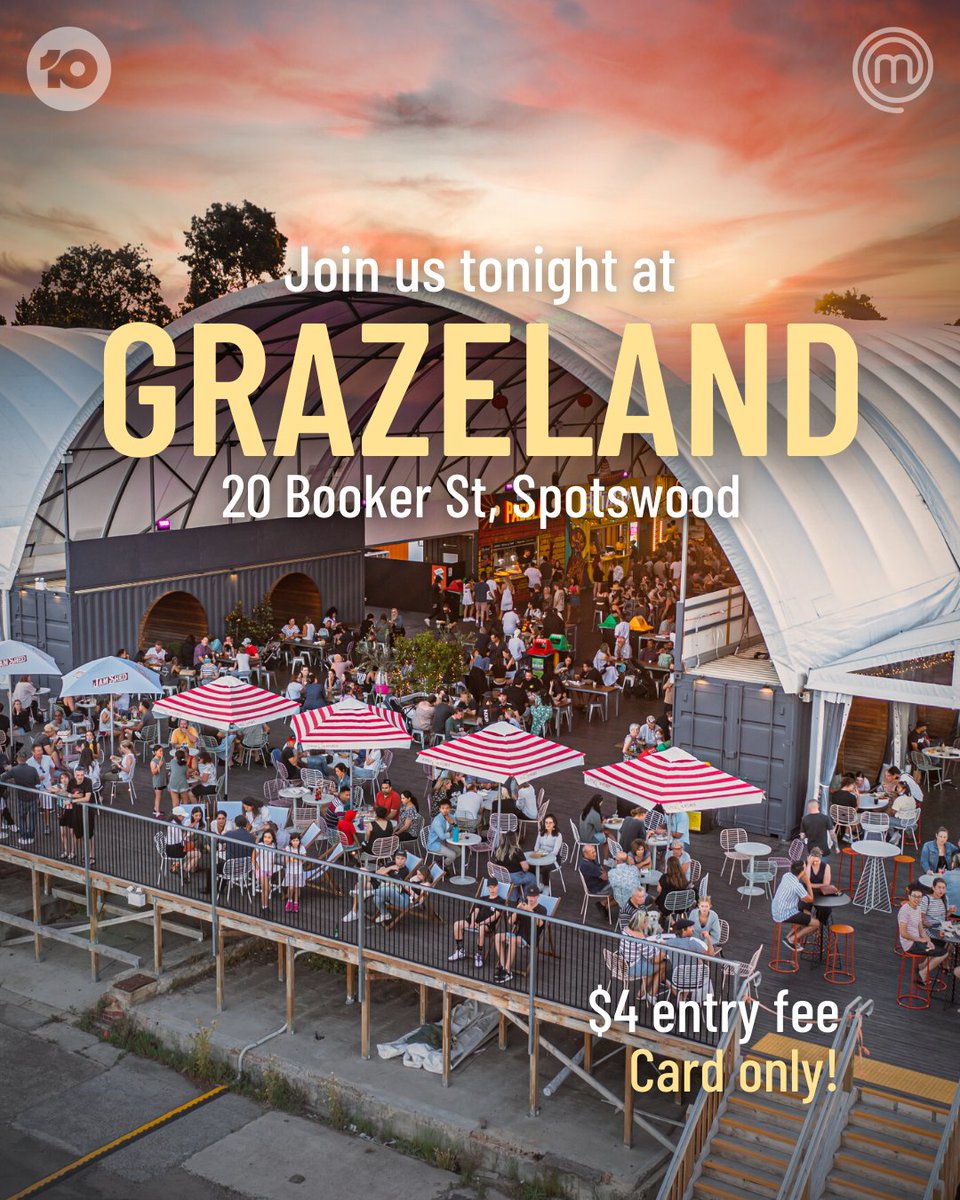 That’s the site next door to Scienceworks Museum and also hosted season 3 of Australian Ninja Warrior in December 2018.

Great location for the (first?) public team challenge of the season.

Grazeland is awesome. Great spot for a Masterchef challenge. I wish I could go down but being able to get there by 5pm is a bit of a stretch.