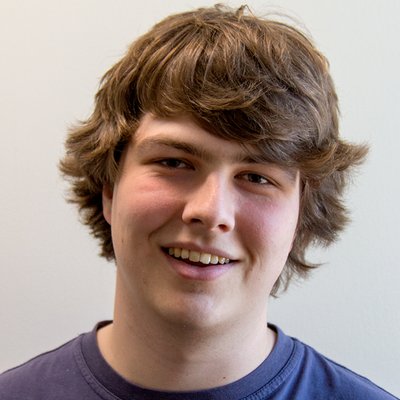 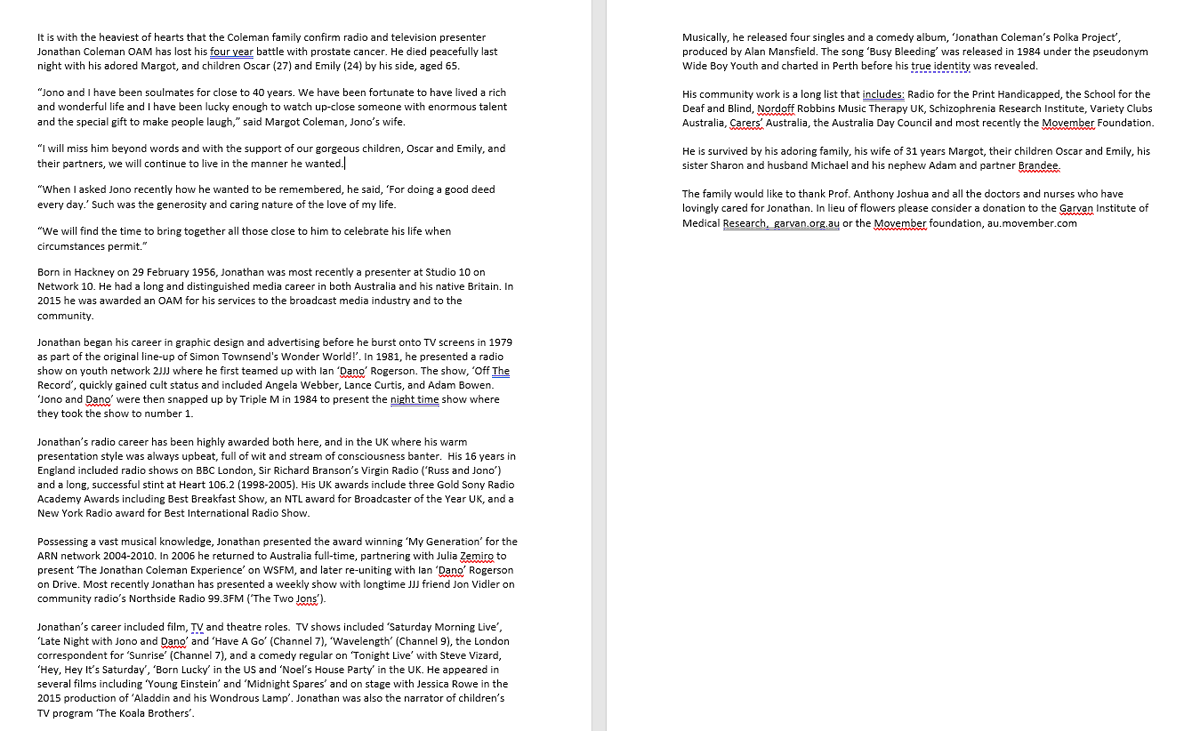 Wow, this is so sad

OMG, what a shock. Very sad. I never knew he was sick. Best wishes to the family.

I never knew he was sick. 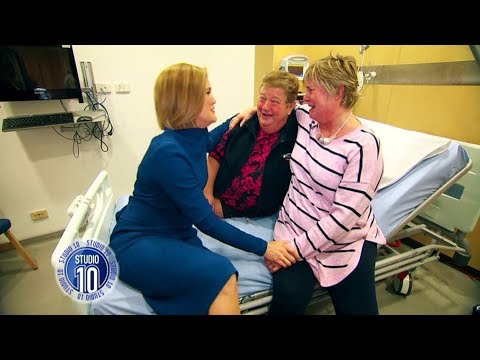 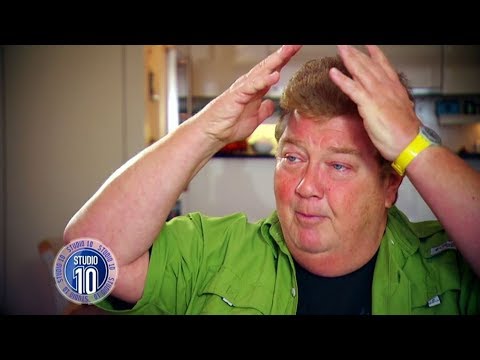 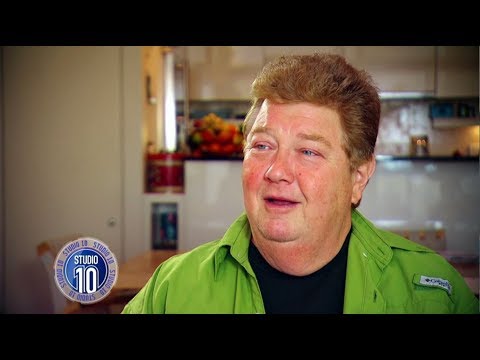 Jonathan Coleman: "Enjoy every day as it comes" | TV Tonight

Studio 10 funny man is keeping spirits up , & taking treatment after revealing his cancer has spread.

I think the final time he appeared on the show not in a infomercial was when they crossed to him at his house infront of his pool.

Also what bloody timing after Glady’s announces only 10 people at a funeral and others cant even fly interstate like Ding Dong.

I think Sarah did say once as a joke but not a joke that Jono was too scared to leave his house because of Covid.

"We will pay tribute to him on Monday in the best way we know how. " 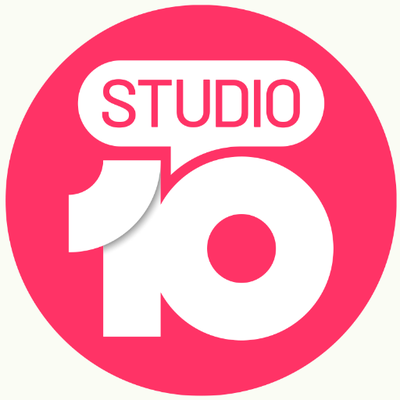 @Studio10au
The #Studio10 family is utterly heartbroken about the passing of our beloved Jono Coleman. We will pay tribute to him on Monday in the best way we know how. Our thoughts are with his family - wife Margot, and children Emily and Oscar - who he adored beyond all else. https://t.co/sZRv5yENF1 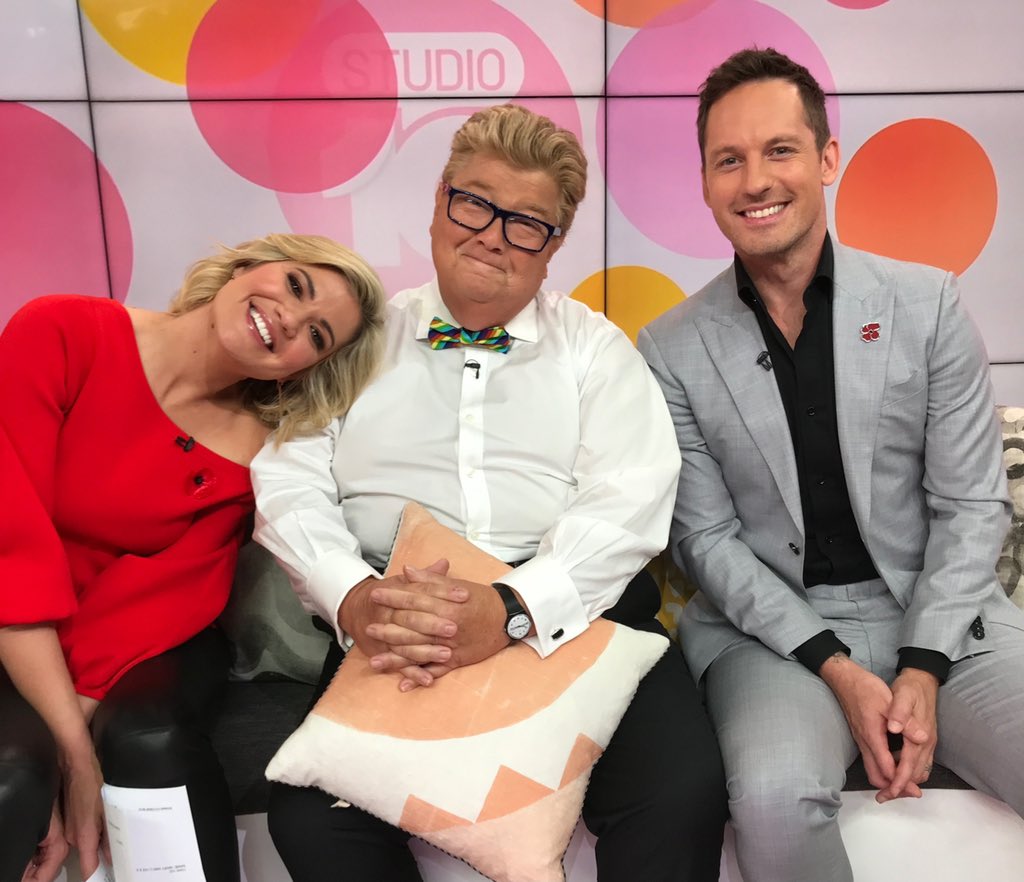 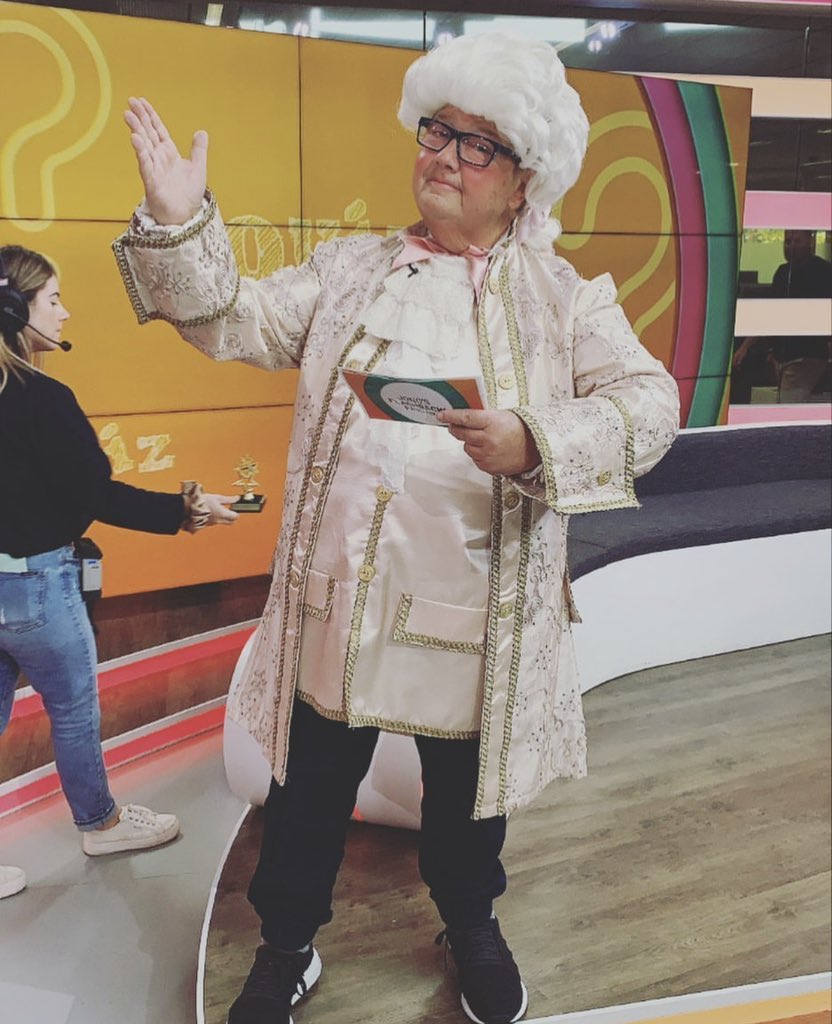 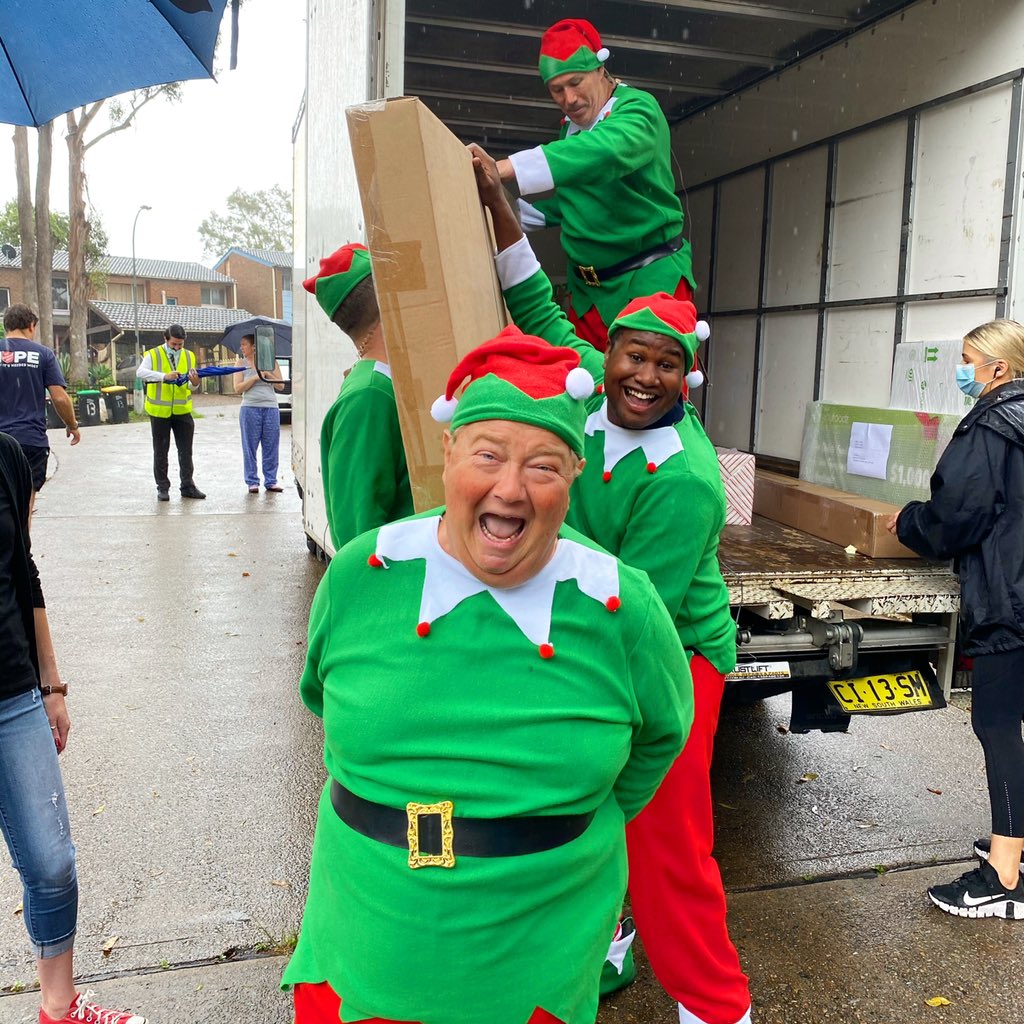 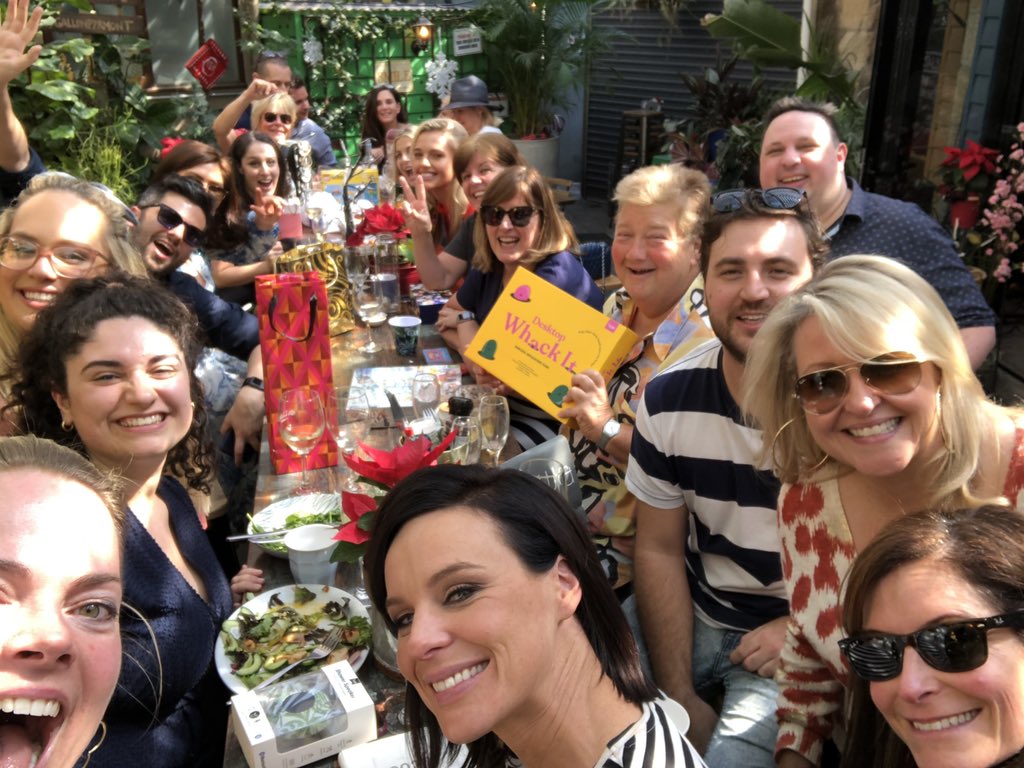 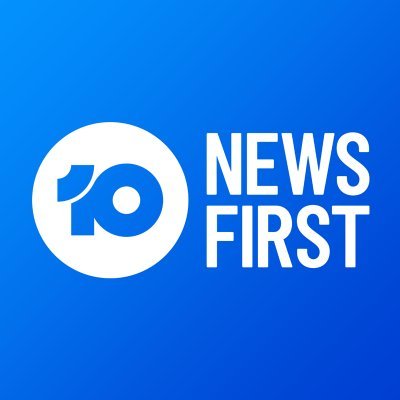 @10NewsFirst
“I will miss him beyond words and with the support of our gorgeous children, Oscar and Emily, and their partners, we will continue to live in the manner he wanted," his wife Margot said in a statement.
7 Likes
TV.Cynic July 10, 2021, 1:09pm #13

ABC - ABC News has a report coming up soon.

Coleman had a long and distinguished media career both in Australia and his native Britain, and was most recently a presenter on Studio 10 on Network 10.

In 2015, he was awarded an OAM for his services to the broadcast media industry and to the community.

In a statement, his wife, Margot, said Coleman recently told her he wanted to be remembered “for doing a good deed every day”.

“Jono and I have been soulmates for close to 40 years. We have been fortunate to live a rich and wonderful life and I have been lucky enough to watch up-close someone with enormous talent and the special gift to make people laugh,” Ms Coleman said.

Coleman first burst onto TV screens in 1979 as part of the original line-up of Simon Townsend’s Wonder World, and two years later started presenting radio show Off The Record with Ian ‘Dano’ Rogerson.

The show quickly gained cult status and ‘Jono and Dano’ were snapped up by Triple M in 1984 to present the nighttime show, which they took to number 1.

Coleman was a high-profile radio presenter in England for 16 years and worked for BBC London, Sir Richard Branson’s Virgin Radio and Heart 106.2.

After returning to Australia, he partnered with presenter Julia Zemiro to present The Jonathan Coleman Experience on WSFM.

His TV credits include the Late Night with Jono and Dano show, Hey, Hey It’s Saturday, Have a Go, as well as London correspondent for Channel 7’s Sunrise.

He was active in the community and helped many organisations, including Radio for the Print Handicapped, the School for the Deaf and Blind, the Schizophrenia Research Institute, Carers’ Australia and most recently the Movember Foundation.

Coleman died on Friday night in Sydney with Margot and children Oscar and Emily by his side.

So gutted by this news. Grew up watching Jono on Wonder World and Jono & Dano. And such an amazing career on UK radio.

I liked him in studio ten he had such a fun personality never heard him on radio though . Rip. Hope he’s entertaining all the way up in heaven. God speed Jono.

@10NewsFirst
Jono Coleman has died after a four-year battle with prostate cancer. The legendary television and radio presenter was 65. https://t.co/drXvfDOCeA 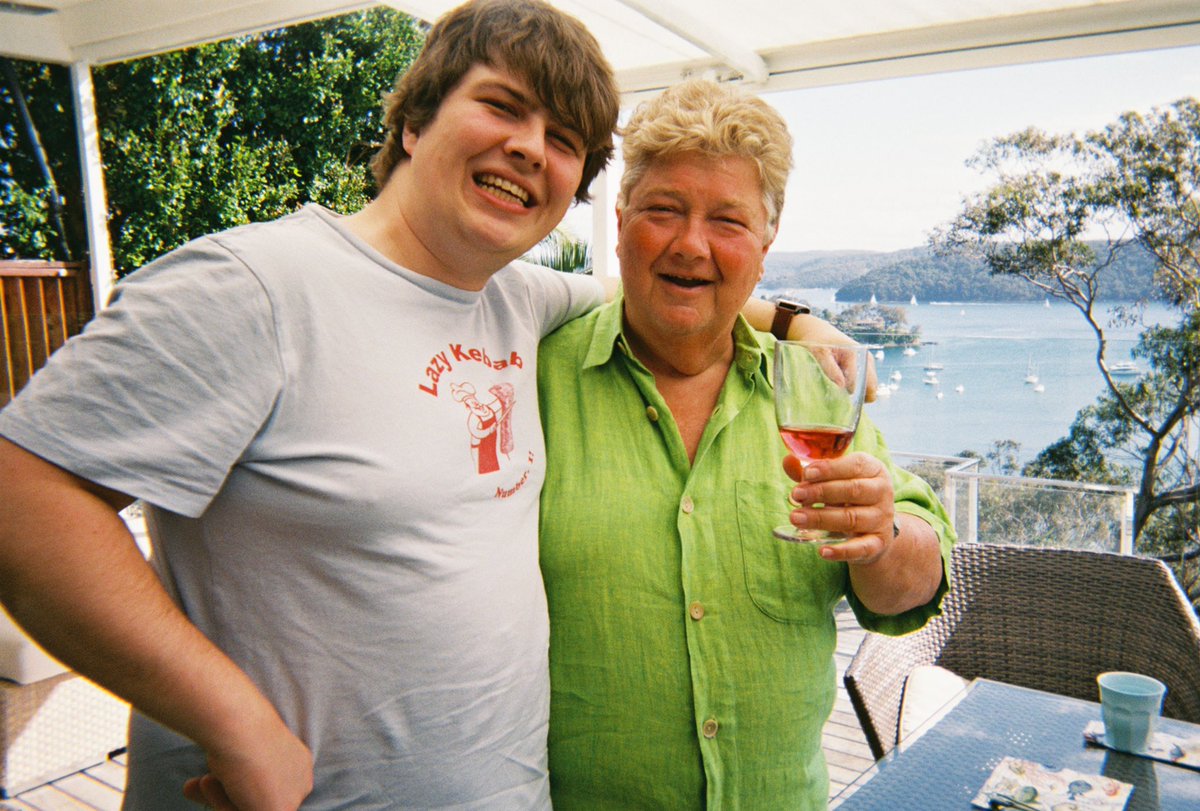 @davidrobinson83
He was generous, never judgemental & of course, supremely funny! Genuinely an absolute legend of the industry &, I got to work with him, making me 1 of the luckiest people! I’m going to have 1 of his signature drinks, a white wine spritzer. RIP U beautiful man. ❤️ @jonocoleman https://t.co/KF8SAxmZAa 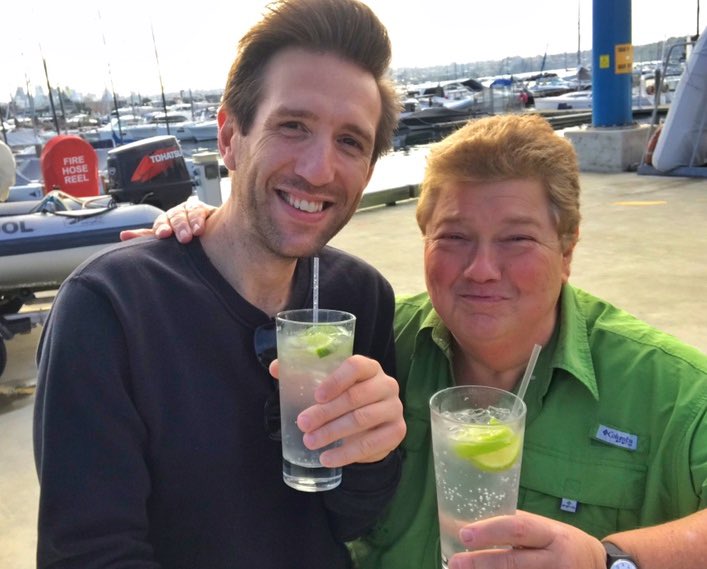 Heartbroken about Jono. Rest in Peace.