Hopefully they have Isa Ghua and I’ll be happy. One of the best in the business.

(although not without fault…felt their commentary went off the rails a bit last year).

BT will be taking Fox coverage.

They better not ask Fox to remove Daddles.

I dont get why we get a full season of graphics of whatever broadcaster ESPN are taking the game from but come the World Series we get these.

I dont get why we get a full season of graphics of whatever broadcaster ESPN are taking the game from but come the World Series we get these.

They have a syndicated agreement with MLB International with ESPN required to take the above feed for the All-Star game and World Series.

I’ve been watching the MLB.tv feed which is the Fox one with Joe Buck and John Smoltz. If Matt Vasgersian was on the MLB International feed, I would’ve switched over to that.

Yeah, the MLB International production of the World Series is usually the only international feed I enjoy watching. However, the commentary team they’re using this year isn’t as good as the usual Vasgersian and Buck Martinez pairing

@btsportcricket
The 🌧️has arrived in Brisbane. The teams went in for tea, but it's looking unlikely they will be coming back out to resume play today.☂️ #Ashes https://t.co/pmbS0vGgNu
2 Likes
VictorianSun December 31, 2021, 10:03pm #130

I think that it looks quite good.

Is that for a day-nighter or a charity thing?

I think its just standard. They’ve used pink and black as Black Caps graphic colours before

Not really sure why they used pink for the Black Caps, a black and silver or blue would have probably been better suited. Black and Pink is the jersey colour on the White Ferns, NZ women’s cricket team.

White and blue already form part of their score graphic, so I am guessing that might be why they avoided it? White on black is quite hard to pull off nicely on TV too. 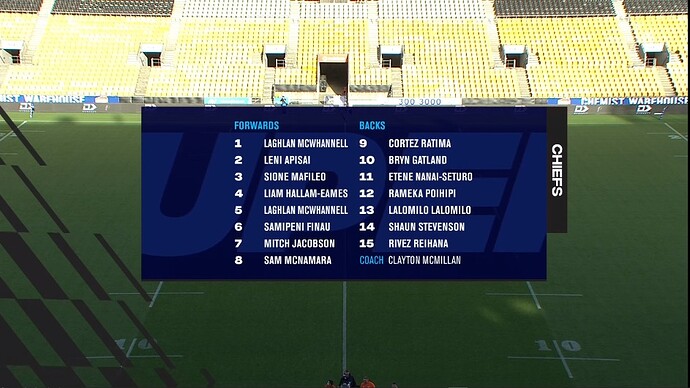 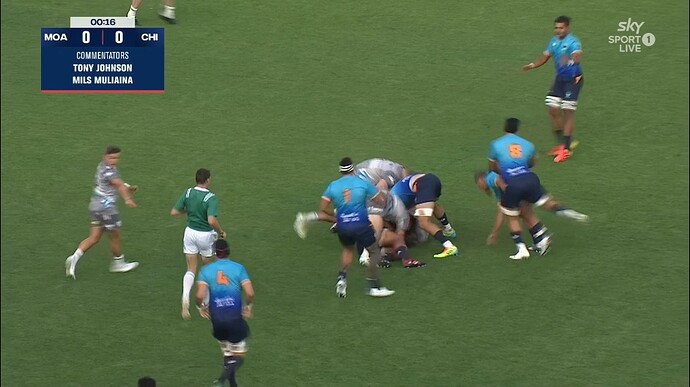 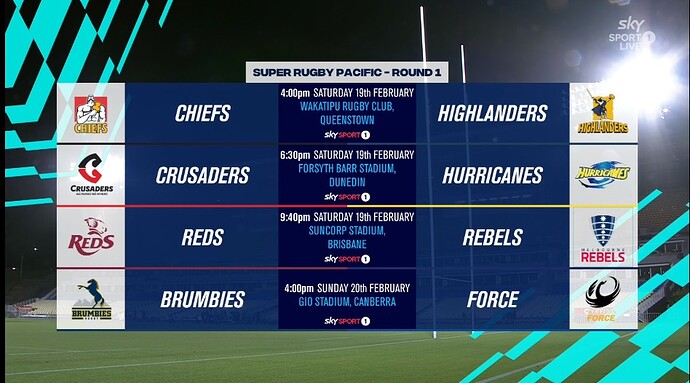 Sky Sport NZ has launched a new graphics package for its rugby broadcasts - with last night’s pre-season game/Tongan fundraiser between Moana Pasifika and the Chiefs. There’s a lot of inspiration from Amazon UK’s rugby broadcasts in these! 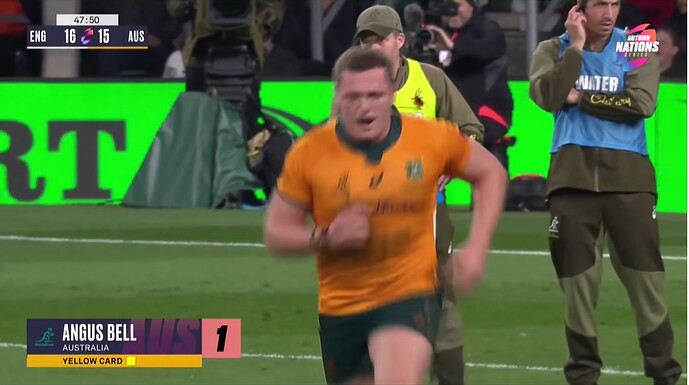 Some new graphics from the Olympics

I do like NBC’s new graphics. Much better than the previous one which streched across the screen

See, I’m the opposite. I thought the previous scorebug was much better. The rest of the graphics package looks very good though.

The USFL spring football season is underway. The league is owned by Fox Sports but NBC also have broadcasting rights for the league. 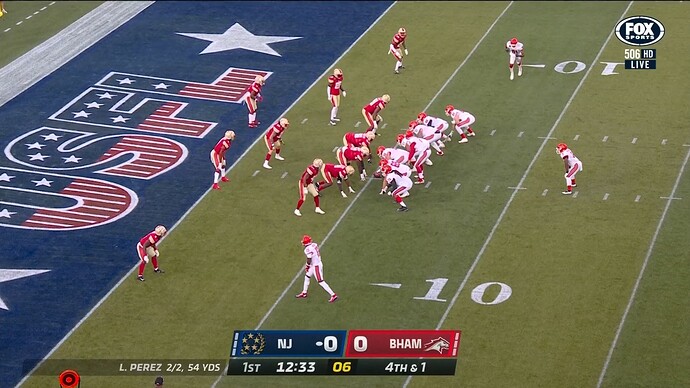 Interesting that Fox is using a very slightly modified version of their NFL graphics but NBC is using their old non-Super Bowl one.