Returns Sunday 7 February at 9.00am on ABC

Insiders is back for 2016 to navigate you through a big election year, with interviews with the key players and analysis, opinion and robust debate from the country’s leading political commentators.

This Sunday morning, host Barrie Cassidy will be joined by Prime Minister, Malcolm Turnbull for his first in-depth television interview of the year.

On the panel to discuss the first week back of Parliament will be Niki Savva from The Australian, and Laura Tingle and Phil Coorey from the Australian Financial Review.

Insiders has become the highest rating morning program on Australian television on any day of the week, and with an election looming around the corner there’s never been a more exciting time to watch!

The episode of Insiders will be available on iview after the program airs and on the Insiders website: abc.net.au/insiders

Also from today, Insiders will be simulcast live on ABC NewsRadio from 9am AEDT/AEST. Since the show debuted in 2001, it had been replayed on NewsRadio at 11am AEDT/AEST.

It’s been a big week in federal politics. Australia has a new Deputy Prime Minister, Barnaby Joyce; Stuart Robert lost his job as Human Services Minister, following the controversy over a China visit; and a significant ministry reshuffle is on the cards.

On the panel on Sunday morning to help make sense of the dramatic events of the week will be the West Australian’s, Andrew Probyn; Channel 7’s, Mark Riley; and Guardian Australia’s, Katharine Murphy.

And we also have a Donald Trump special by video editor extraordinaire, Huw Parkinson, which you won’t want to miss.

And in case you missed it, click on the Winter is Trumping video clip below to check out the extraordinary video mashup by our Walkley Award-winning editor Huw Parkinson, that’s now been viewed over 3 million times globally since being launched onto the world on Insiders last Sunday morning.

Insiders has had a set change/upgrade.

I think they might be coming from another studio/city this morning.

Yep they’re coming out of the 7.30/Lateline studio in Sydney.

On Insiders this Sunday May 1, Barrie Cassidy interviews the Shadow Treasurer Chris Bowen.

And Mike Bowers talks pictures with the Dept. of Australia’s Leslie Nassar.

On the panel: the Financial Review’s Laura Tingle, The Australian’s Niki Savva and Fairfax’s Mark Kenny. And our guest on Talking Pictures is Marc Fennell from SBS’s The Feed

Barrie Cassidy will host a Facebook Q&A at 10am AEST this Sunday right after Insiders, about the upcoming federal election.

On Sunday morning July 3, Barrie Cassidy hosts a must-watch 90-minute special edition of Insiders - now Australia’s most watched morning television program on any day of the week on any network.

Barrie will make sense of the events of the night before and bring you a comprehensive wrap of Election 2016 with a panel of Australia’s top political journalists including: AFR’s Laura Tingle, The Australian’s Niki Savva and The Courier Mail’s Dennis Atkins.

And we’ll leave you with a video montage look back on all the highlights – and lowlights – of the longest election campaign in half a century.

The episode of Insiders will be available on iview after the program airs and on the Insiders website: abc.net.au/insiders

Not sure where Insiders is coming from this weekend, but a different looking set: 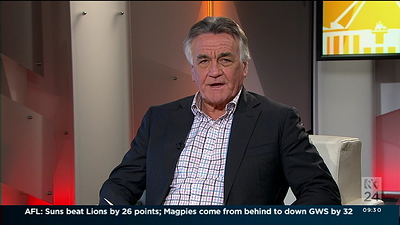 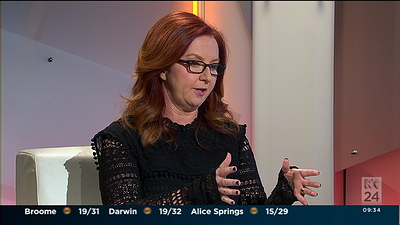 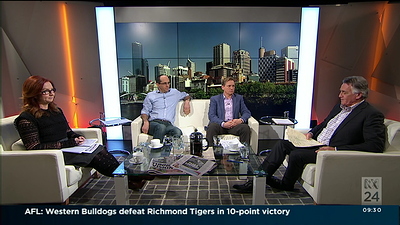 It didn’t look too bad last week but they altered it this week with less of a city view in the background and it looks really shoddy. Too much white behind Nikki Savva today.

On Insiders this Sunday August 28, Barrie Cassidy interviews the Prime Minister Malcolm Turnbull to discuss the new parliamentary session starting next week, the NT Election results and much more.

On the panel will be Guardian Australia’s Lenore Taylor, The Australian’s Niki Savva and new panellist, Shane Wright from The West Australian.

And Mike Bowers talks pictures with columnist and blogger for The Australian, Jack the Insider.