I know that they have had this sort of thing on previous episodes, but this is the first time I have seen it in quite a while.

I remember they also had one when a question was posed about Sir Gough Whitlam in 2014/15, the episode being filmed before his death in October 2014.

New episode airing tonight with the return of the studio audience. They have returned to the old seating arrangement and are shuffling through seats again rather than having their assigned seat. Looks like they have upgraded the screens for Eddie and the players as well.

Audience size is smaller than it used to be (understandably), but great to see.

Also something we didn’t see last night were the available lifelines for the winner of Fastest Finger First. The “Ask a Friend” lifeline has returned with the studio audience, replacing the “Ask the Host” lifeline which as been in use during the COVID episodes. The 50/50 and the Switch are still available.

It’s been good seeing an audience back for the show. When contestants bomb out early, or aren’t giving much away, at least Eddie can talk to the audience (family members of contestants) to waste some time.

On a side note, last night’s episode was a repeat with no audience. Should be a few weeks until the Friday repeats start featuring audience members.

After two years of disruptions, Nine quiz is now calling for applicants Australia-wide. 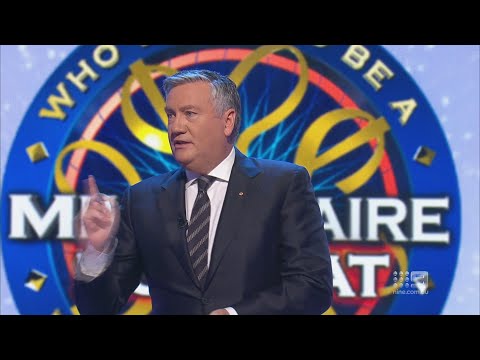 Bit of a blooper on tonight’s episode. Eddie gave away the answer to a question which he was reading out and then swore (though it was bleeped out) afterwards!

I’m actually surprised they decided to leave it in and didn’t just re-shoot the question/scene at the time of filming.