ATV0’s Good Vibrations station ID. I guess this was shown during the summer of 75/76? Correct me if i’m wrong.

Can’t believe this happened 25 years ago this week. That day, January 9, was a landmark moment in my life for a few reasons. This event added to the significance. An exciting day turned into a terrifying day.

Flashback Friday: 1994 Bushfires We thought we'd share this interesting yet terrifying piece of footage from the Sutherland Shire bushfires in January, 1994 that would be considered the worst...

Aftermath: Beyond Black Saturday [image] Sunday 3 February at 7:40pm [image] In February 2009, the worst bushfires in Australian history ripped through Victoria in a series of firestorms so powerful that a million acres went up in flames, seven thousand Australians lost their homes and 173 people lost their lives. Ten years later, Aftermath chronicles the personal stories of the people who survived the Black Saturday infernos to discover how they coped with unimaginable loss and trauma and …

SCA-produced promo for advertising on One HD. Randomly came across this while doing a YT search.

I’m sorry it this was off topic, but anyone know the chick at the start and the end of this promo?:

Just stumbled on this 2017 segment from 3AW’s Nightline, with guests Annette Allison and Roy Hampson who were hosts of Good Morning Melbourne for ten years from 1979 to 1988 but both had been in TV long before then.

Lots of reminiscing about the old days of Channel 0, as Roy was there from before the channel launched in 1964 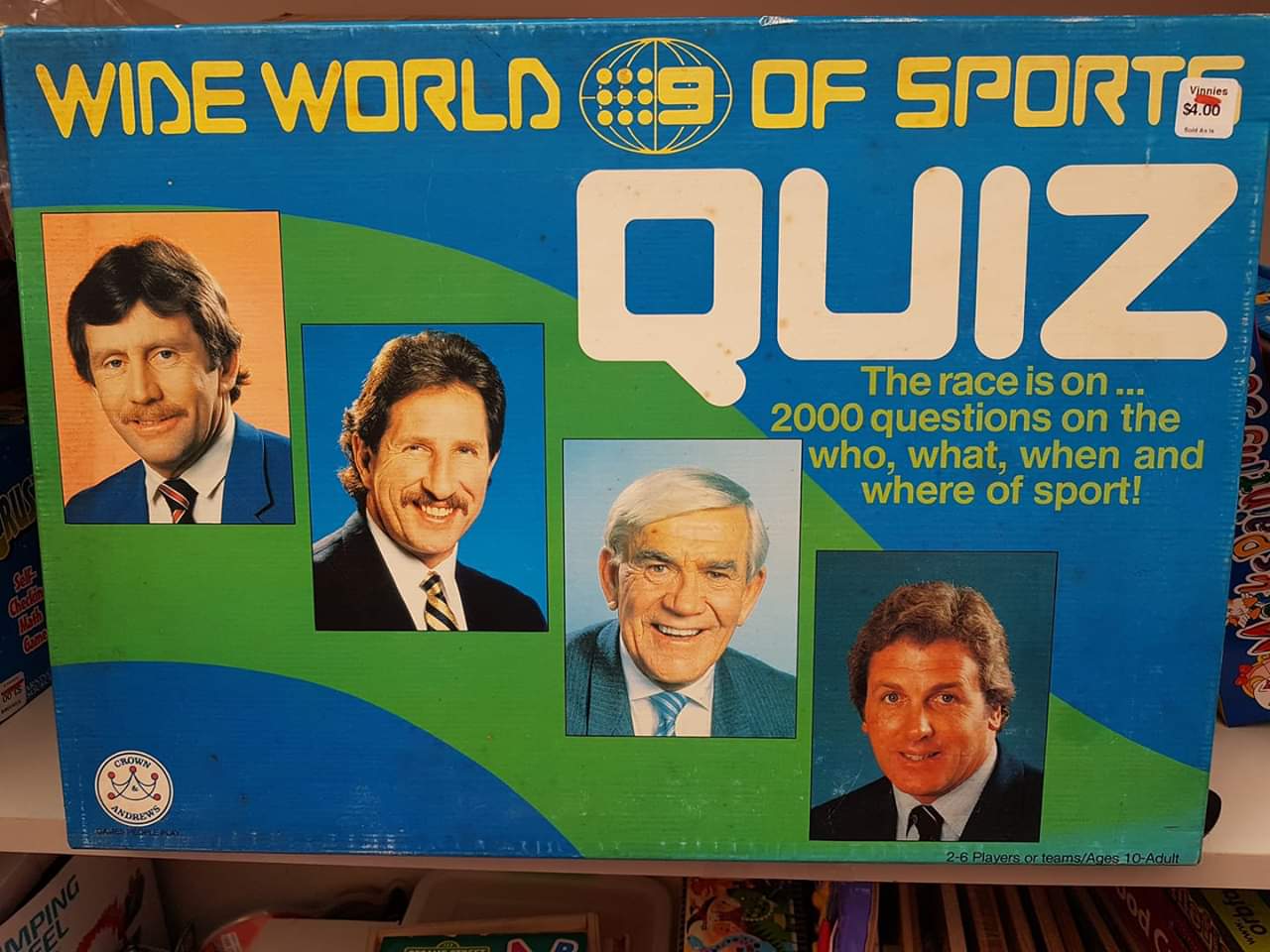 No, it’s just not cricket!

The reason why “citation needed” is beside that statement is because someone has questioned the accuracy of it. I say the statement is not correct as ABC was producing regional news up until early 1985 before The National commenced.

Well I didn’t know why they are doing reconstruction very well #myfriends - considering this one is in PNG and there are very rare archive about this station #myfriends !!!

There’s a lot of Australian TV logos at Logopedia, not just for regional TV.

That board game is one of my favourite TV show board games ever. Played it as a kid.

And that there’s not much you can do with the Number 0 for a logo!